To facilitate the recovery of federally endangered wolves (Canis lupus), it is critical to learn as much as possible about their behavior and habitat use. The direct study of wolves is difficult, however, due to their avoidance of humans and the inaccessibility of their wilderness territories.  The USGS Northern Prairie Wildlife Research Center uses Very High Frequency (VHF) and/or Global Positioning System (GPS) radio collars to locate and monitor wolves in three areas to investigate their movements, ecology, and population.

Subsidiary information is obtained in all three study areas through capturing the wolves for collaring and using telemetry signals to determine mortality and survival, locate dens, and collect other specimens.  Information gathered long-term via these methods has been useful in providing insights into wolf population persistence, wolf-deer interactions, and the role of wolves in a recent moose decline.  It also allows biologists to understand what to expect with reintroduced and recovering wolf populations 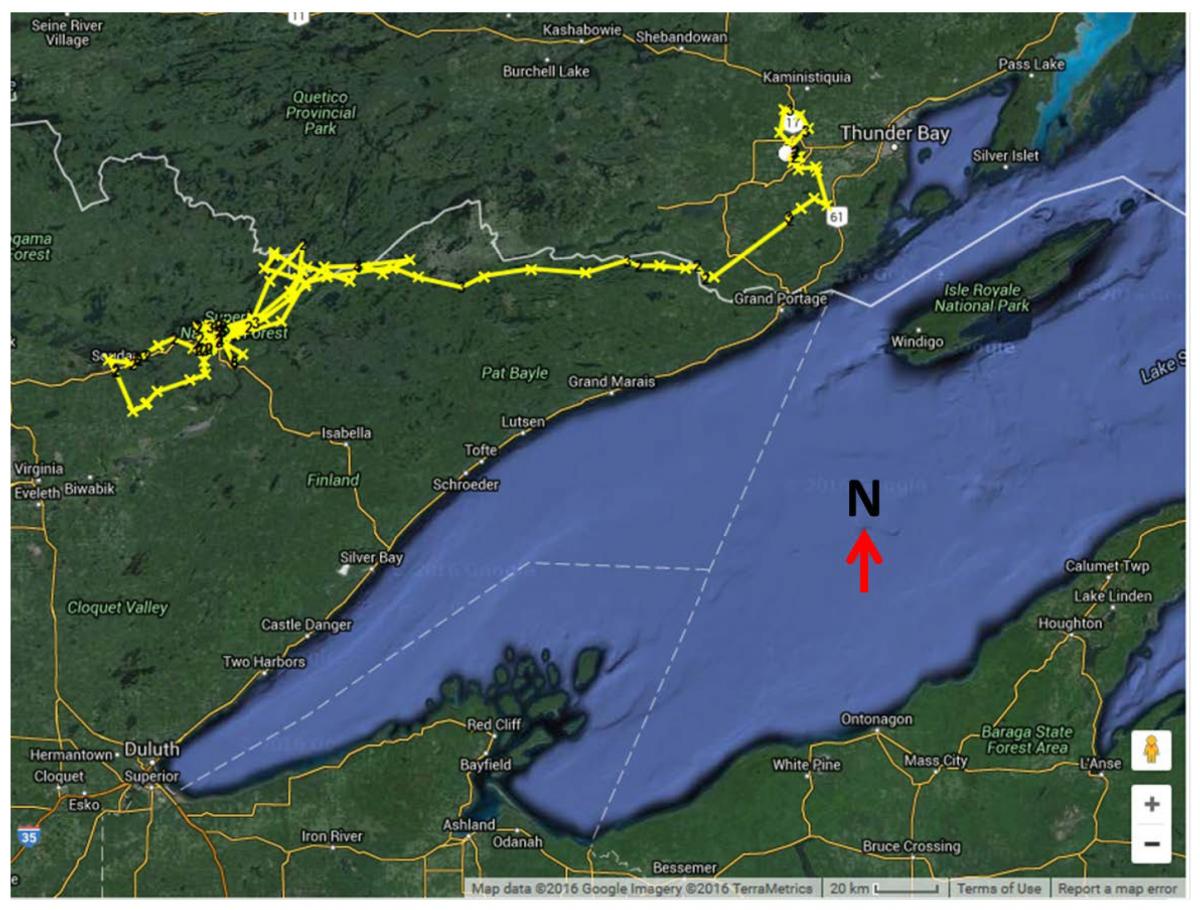