The BOR uses lidar and other remote-sensing-based elevation data as a basis for hydraulic modeling of dam failure and operational release flood flows. This work involves the implementation of both one-dimensional and two-dimensional hydraulic models and relies heavily on an interfacing with Esri’s ArcGIS software. Hydraulic modeling employs the use of the Danish Hydraulic Institute’s MIKE models. Applications of this technology include emergency management and dam safety risk analysis.

The graphic shows potential flooding modeled in an urbanized area due to uncontrolled dam releases. The two-dimensional hydraulic modeling is based on lidar terrain data obtained from the local municipality via a cost sharing program, which substantially reduces data acquisition costs. Flood flows are presented in a raster format that depicts maximum flooding intensity represented as the product of maximum depth and velocity (DV). 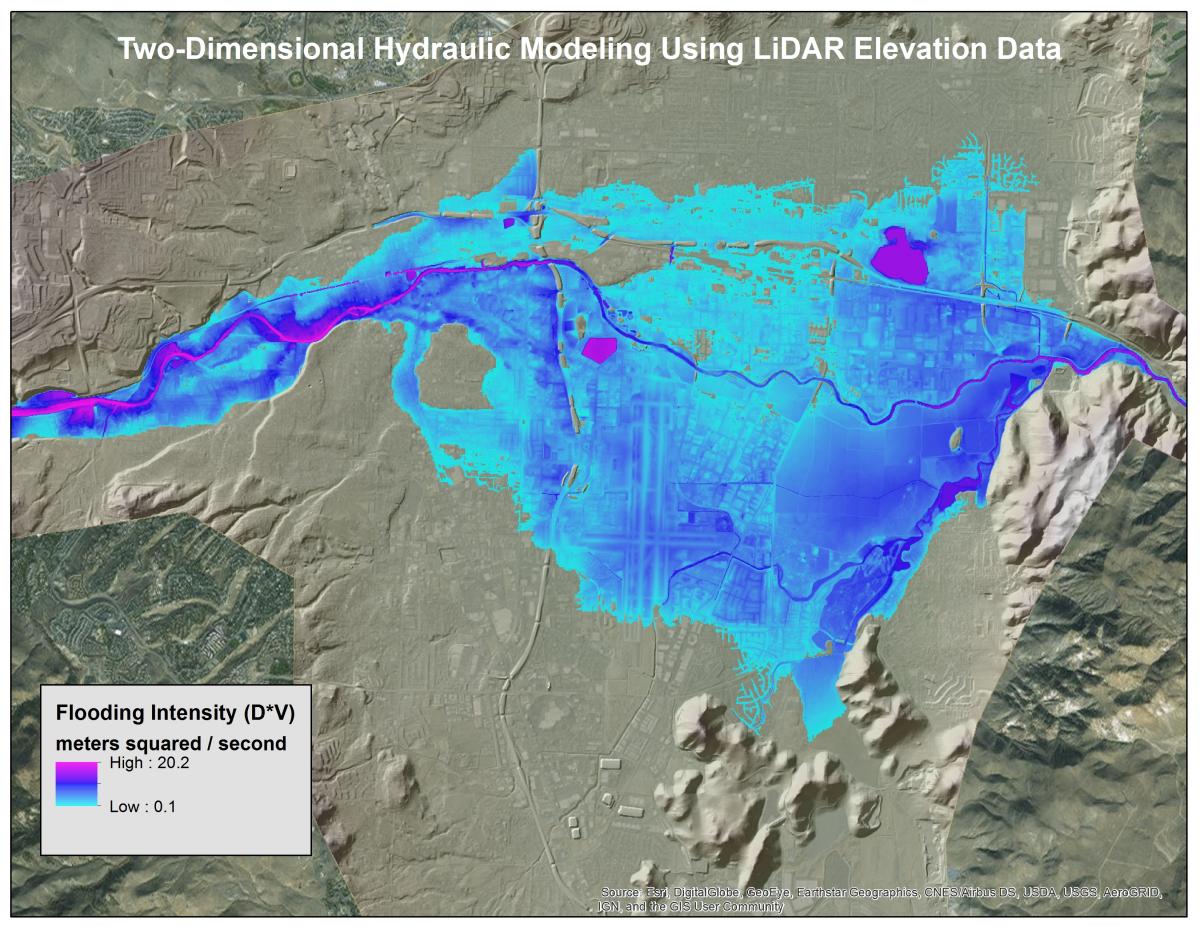 Flooding in an urbanized area due to uncontrolled dam releases.