The figure shows a comparison of fire risk using LANDFIRE 2014 fuel models and the derived 2015 custom fuel model for 20 random ignitions throughout the refuge. The custom-derived 2015 model predicts a more continuous fuel bed with higher biomass leading to a much higher risk of fire spread and hazard with 1,766 ha burning versus 61 ha (p 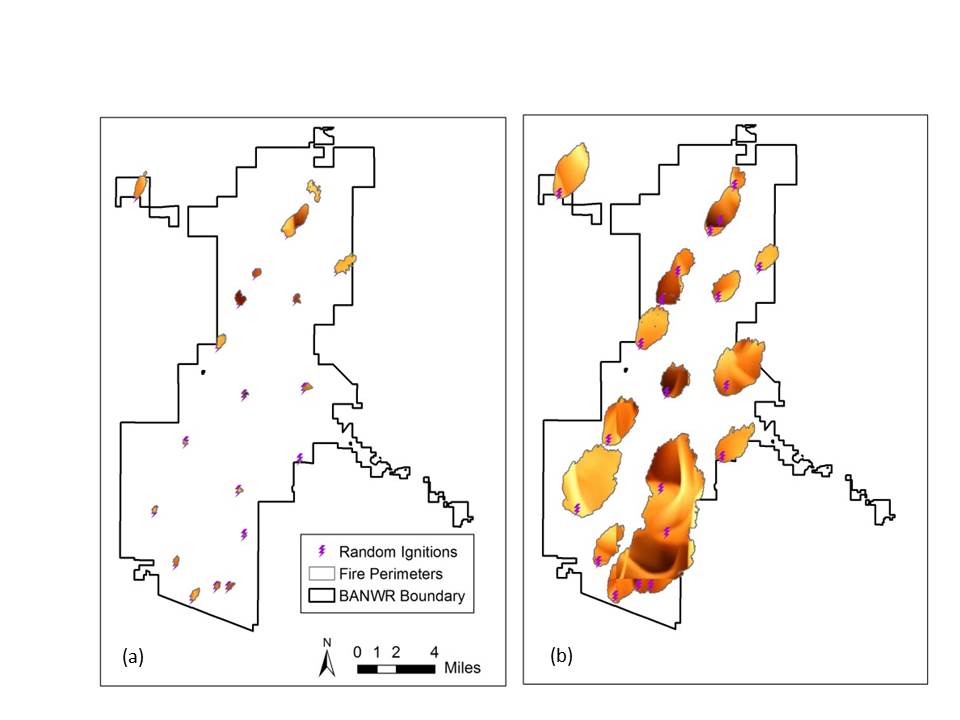 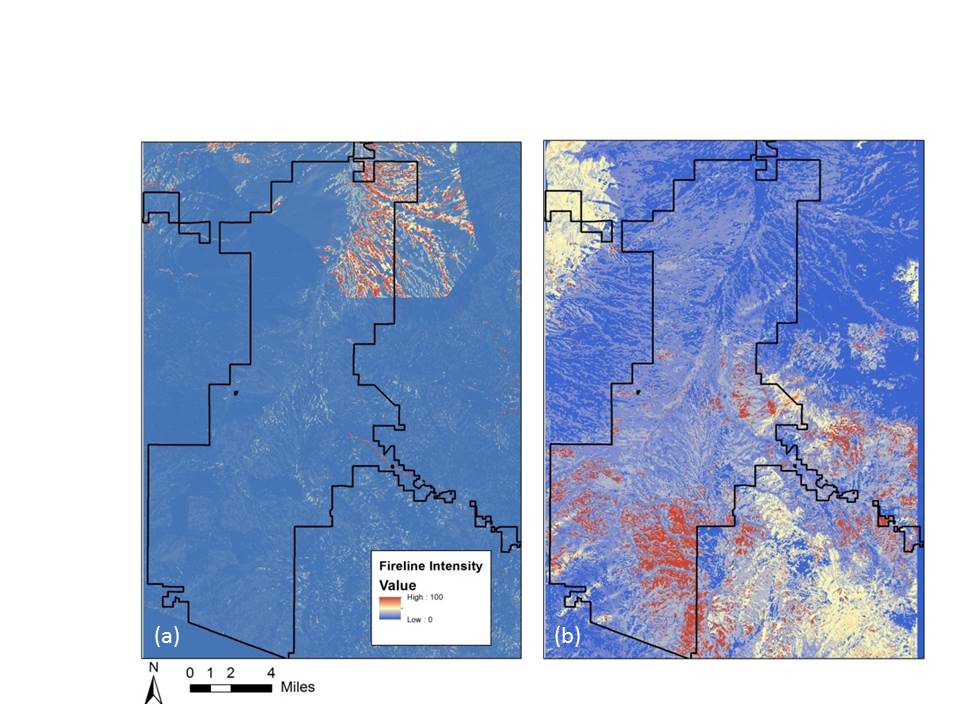 Standardized map of fireline intensity derived from LANDFIRE products (a) and the custom-derived fuel model (b).