The NPS, Arctic Inventory and Monitoring Network (ARCN) is using 35-mm aerial photography to monitor the growth of permafrost thaw slumps in the five national parks of northern Alaska. These slumps can grow for a decade or longer and shed large amounts of sediment into nearby rivers and lakes. ARCN scientists have obtained overlapping, oblique and vertical, digital aerial photographs of 15 slumps taken from a helicopter or fixed-wing aircraft in a 4 to 7 year span between 2008 and 2016. These photographs were analyzed with structure-from-motion software to produce digital elevation models and orthophotographs of the slumps. Between 2013 and 2016, ARCN researchers obtained accurate camera coordinates that allowed georeferencing of the digital models. These coordinates help to analyze slump growth metrics, such as rates of scarp migration, subsidence, volume loss in relation to weather, and slump morphology. Comparison of three-dimensional (3D) models between years has revealed subsidence of nearly 20 m and long-term scarp retreat rates of up to 30 m per year on some slumps. 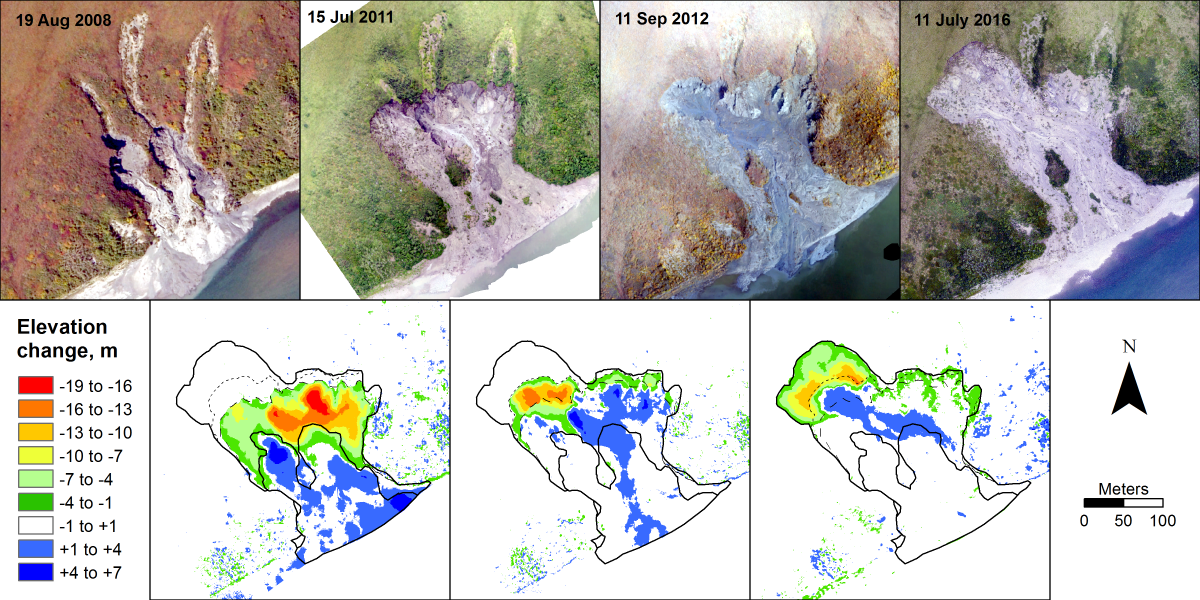 Orthophotographs of a slump on the Noatak River in northern Alaska (latitude 67.957°, longitude 161.085°) from four different years (upper row), and elevation change maps between the photograph dates (lower row).