The development of lidar as a tool for quantifying forest structure offers new solutions to longstanding challenges of measuring wildlife habitat. For example, wildlife biologists need to predict and map species distributions in order to identify priority areas for conservation and restoration, as well as to guide survey efforts. But when the species of interest inhabit the canopy of ancient forests in the Pacific Northwest, measuring the relevant features in complexly structured space high above the forest floor can be challenging. Lidar can substantially improve the accuracy and precision of characterizations of habitat relationships for wildlife species that dwell in the forest canopy by providing fine-scale, three-dimensional (3D) measurements of vegetation. Such data may be key to understanding habitat selection by old-growth associated species, but these areas are inaccessible by either traditional ground plots or other remote sensing methods.

USGS scientists tested the utility of lidar-derived variables to accurately identify suitable nesting habitat for the marbled murrelet on the Coos Bay District of the Bureau of Land Management. The results of this work showed that incorporating lidar-derived variables into habitat models can more accurately represent habitat for species that are highly influenced by canopy structure, like the marbled murrelet.

Based on the success of the habitat model developed in the Coos Bay region, USGS scientists tested its transferability to the Siuslaw National Forest, which comprises the northern half of the Oregon coastal Conservation Zone for marbled murrelets as designated by the Marbled Murrelet Recovery Plan. Development of a new model trained on data from the Siuslaw resulted in the selection of a slightly different set of lidar metrics from the original Coos Bay model. However, in spite of the difference in specific lidar metrics between the two models, both models indicated positive relationships between the probability of occupancy by murrelets and measures of canopy structural complexity across the Conservation Zone. Therefore, the results of this work indicate that occupancy by murrelets throughout the region is reliably associated with forest structural metrics that can be quantified with lidar. The USGS models of murrelet habitat can be used to identify and map highly suitable patches of nesting habitat for murrelets because they are based on ecologically relevant, fine-scale differences in canopy structure. Lidar is currently the only method for acquiring data that quantify 3D vegetation structure that can be used to estimate availability of habitat for canopy-associated species in structurally complex forests. 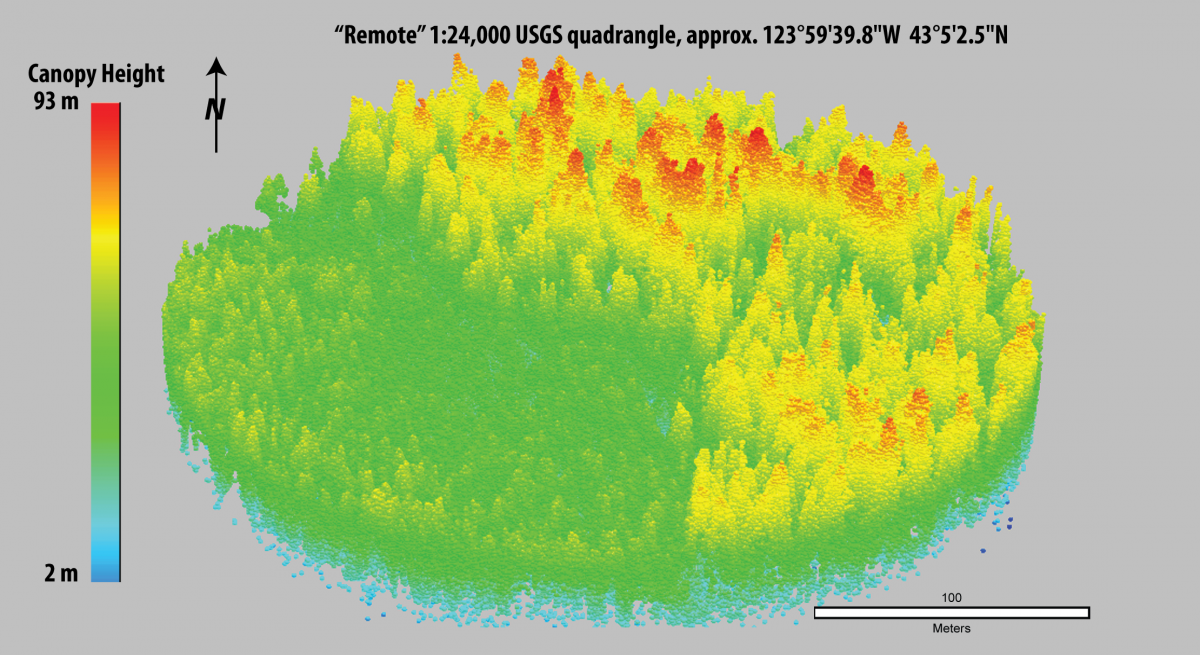