A U.S. Fish and Wildlife Service (FWS) Species Status Assessment is currently underway for the monarch butterfly in response to a petition to list the species under the Endangered Species Act.  Understanding trends in monarch populations relies heavily upon data on overwintering abundance of monarchs in central Mexico.  The Mexican overwintering abundance is represented by the area covered by the millions of monarchs that roost in mountain enclaves.  While this is a valuable index, information is lacking on how the density of monarchs might vary from location to location, from day to day, and from year to year within that area.  A group of USGS and FWS scientists visited monarch overwinter roosts in coastal California December 8–11, 2016, to test the possible use of lidar to improve the ability to more precisely describe the abundance of monarchs in overwinter roosts in the western U.S. and Mexico.  The Monarch Conservation Science Partnership (MCSP) is attempting to improve models of factors affecting monarch population trends.  The MCSP is an outgrowth of a Powell Center working group and has listed improvement in estimating monarch abundance as a priority need for effective species status assessment.  Terrestrial lidar scanning was performed at three monarch roosts—Pacific Grove, Lighthouse Field (Santa Cruz), and Pismo Beach, California—and concurrent manual estimates of monarch numbers were performed by volunteers who regularly count monarchs at each site.  The lidar images will be analyzed for potential usefulness in estimating volume and density of monarchs at these sites. 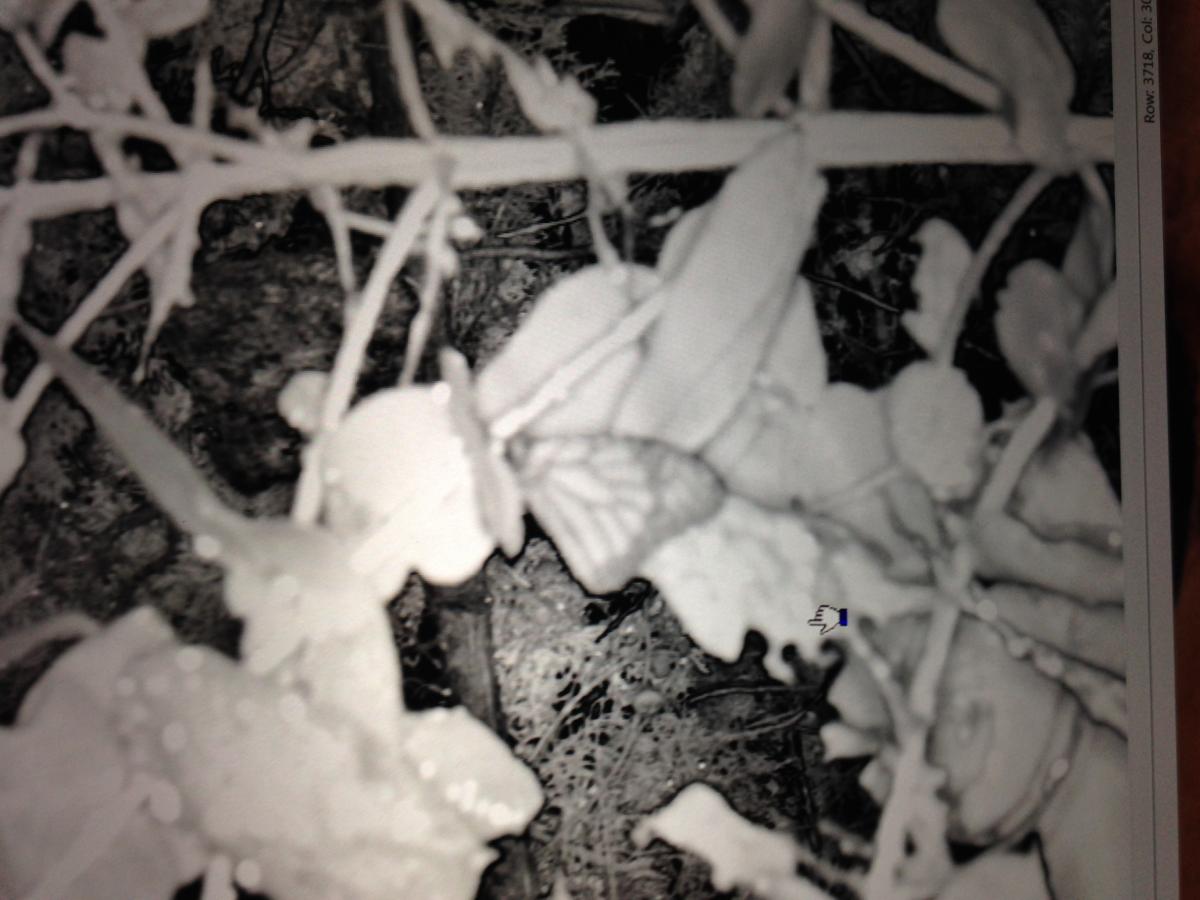 Enlarged photograph of a lidar scan including a monarch butterfly.  Although this is an enlarged second generation image of the original lidar scan, the adult monarch can be clearly seen, including wing venation. (Photo Credit: Wayne Thogmartin, USGS, from a lidar scan by Nick Hristov, Winston-Salem University)