The USGS Cascades Volcano Observatory utilizes oblique and vertical aerial photography to monitor topographic changes at Mount St. Helens volcano. Annual photogrammetry surveys are conducted to create high-resolution (0.5–1-m) digital elevation models (DEMs) to monitor and measure changes within the crater that include setting and slumping of the 2004–2008 lava dome, erosion of the crater walls, and advancement and volume change of Crater Glacier.  Lava that erupted during the 2004–2008 eruption severely deformed Crater Glacier, splitting it in two and pushing each arm northward until they joined again on the north side of the 1980–1986 lava dome.  Following the eruption, the glacier has continued to advance north each year.  The glacier continues to gain volume, although at a decreasing rate from previous years.  Elevation increase is most prominent in the south and at the toe of the glacier in the north.  Elevation loss (thinning) and deep crevassing is most prominent in the glacier arms. 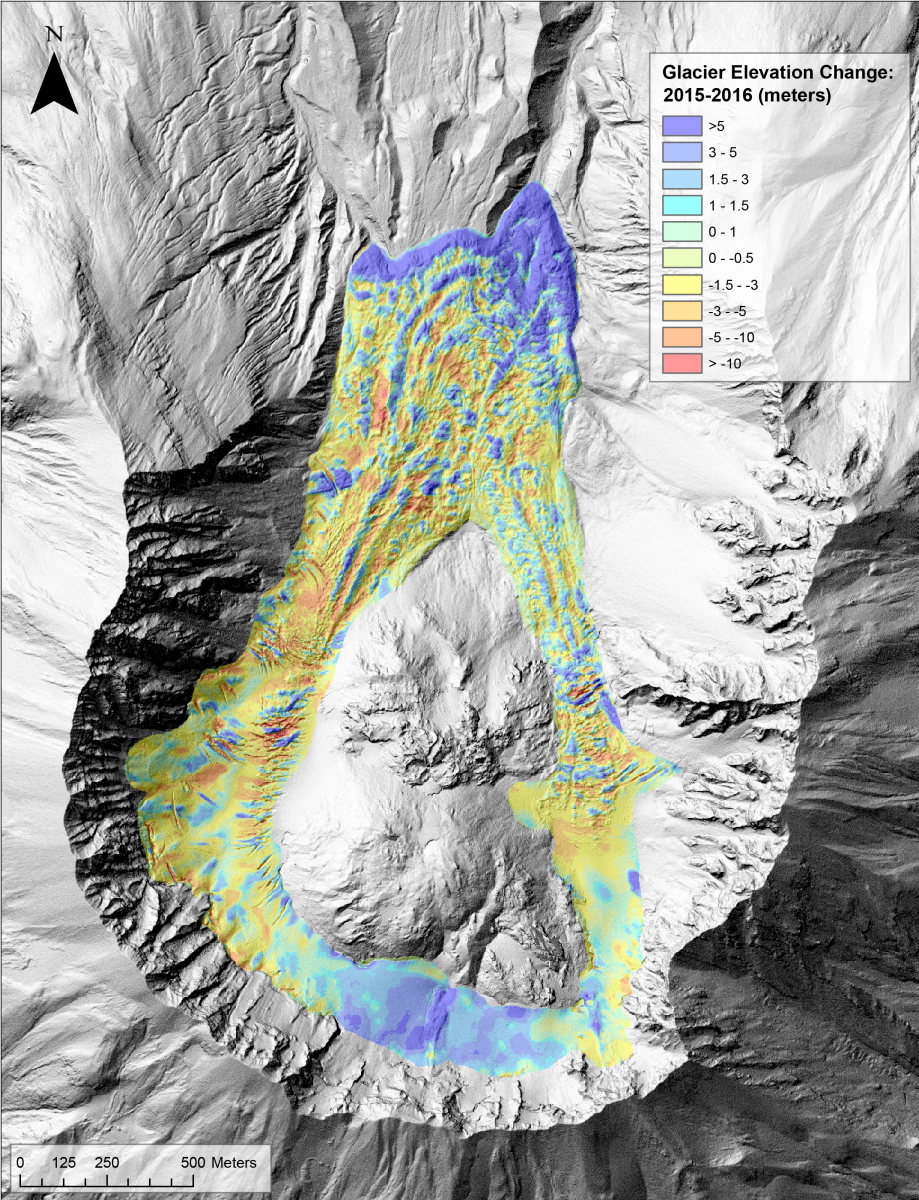