The Monitoring Trends in Burn Severity (MTBS) project is a joint effort between the U.S. Forest Service Geospatial Technology and Application Center and the USGS Earth Resources Observation and Science (EROS) Center.  MTBS is tasked with mapping perimeters and estimating the burn severity of fires greater than 200 hectares in the eastern U.S. and 400 hectares in the western U.S., AK, HI, and Puerto Rico, utilizing Landsat imagery.  Generally, MTBS maps fires one year after they have occurred (e.g., 2015 fires were mapped in 2016).  During the past year, a total of 1,386 fires have been mapped.  This year an additional 1,756 historical fires (1984–2014) have also been reviewed, but determined to be unmappable (i.e., no visible fire scar in Landsat imagery), as part of the MTBS program.  An additional four fires (historical and current) were mapped as special requests for the National Park Service.  Although not officially part of the MTBS project, 750 fires were also mapped as part of a U.S. Fish and Wildlife Service funded project to map all fires greater than 10 hectares on their lands. 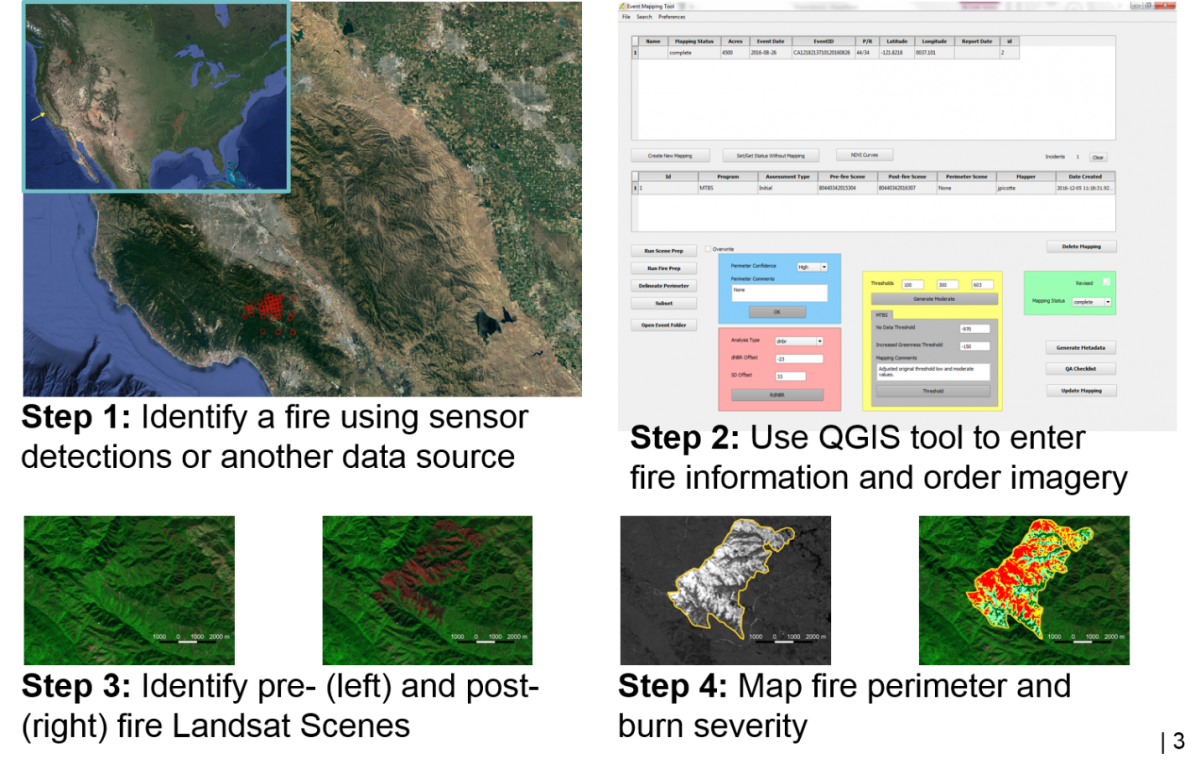