Multiple agencies in the San Diego area have the responsibility to effectively manage the water supply in this arid, urban, densely populated, coastal basin in southern California. Recently, five additional groundwater production wells were constructed to increase the water supply; the new wells are scheduled to begin pumping in 2017. California’s Sustainable Groundwater Management Act of 2014 (SGMA) provides a framework to comprehensively measure and manage groundwater. SGMA empowers local agencies to assess hydrologic conditions that can cause “undesirable results,” which include land subsidence resulting from compaction of unconsolidated aquifer systems caused by groundwater extraction.  Therefore, as part of the overall water-management strategy, changes in land-surface elevation need to be regularly monitored to assess whether and where land subsidence may be occurring.

The USGS, in cooperation with the City of San Diego and the Sweetwater Authority, designed Global Positioning System (GPS) and leveling networks using existing and newly constructed benchmarks to measure land-surface elevation changes at regional and local scales that may occur as a result of groundwater production. As part of a suite of considerations, satellite-based Interferometric Synthetic Aperture Radar (InSAR) measurements showing deformation caused by previously existing production wells were used to help guide the network design. A static GPS survey of 14 benchmarks was combined with a first-order leveling survey of 20 benchmarks to obtain high-precision elevations to serve as baseline conditions for which to compare results of future surveys. The surveys will be augmented with InSAR methods to provide spatially detailed maps of changes in land-surface elevations before and after the newly constructed wells begin producing groundwater, and to guide spatial and temporal logistics of future GPS and leveling surveys. This information will be useful to the City of San Diego and the Sweetwater Authority to comply with SGMA while expanding water supplies. 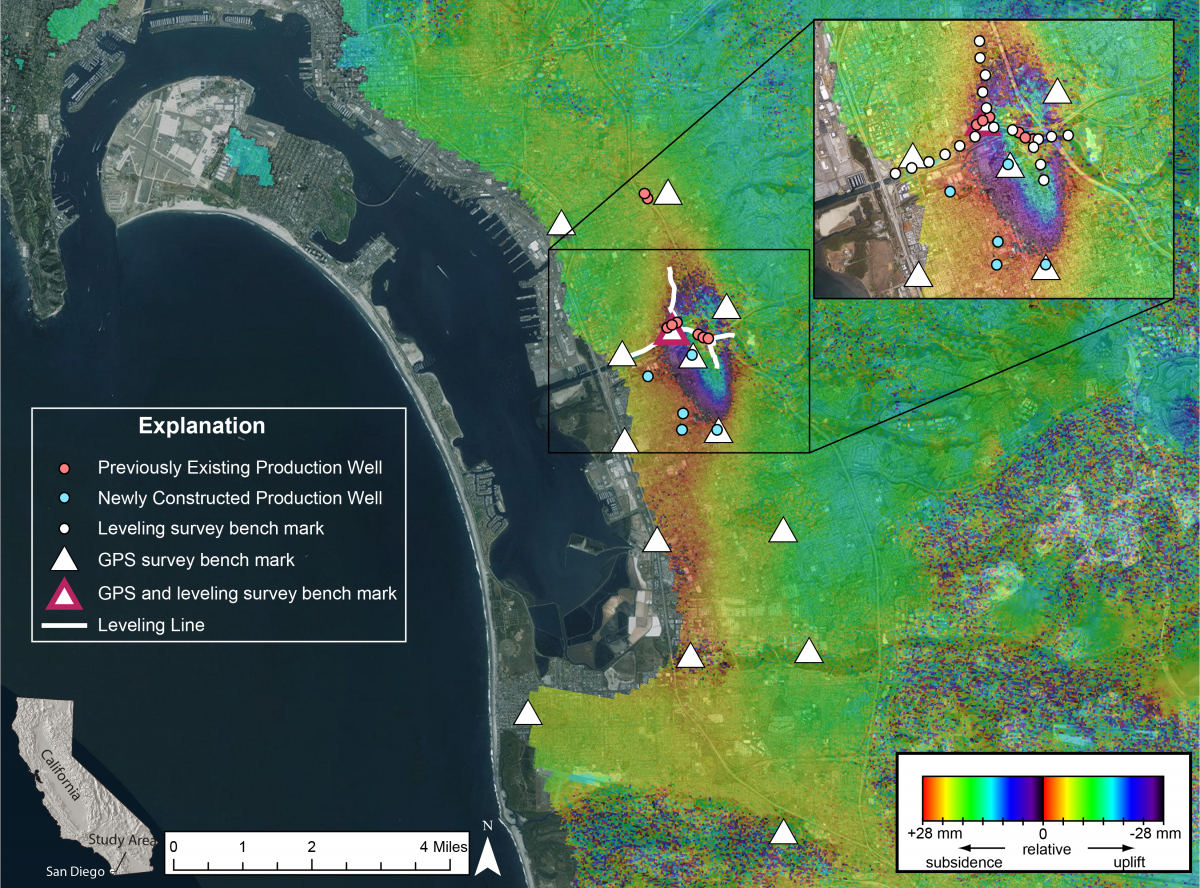