Bogoslof Island sits north of the Aleutian volcanic arc, a speck of rock about 60 miles from Unalaska/Dutch Harbor, and is home to a rich variety of marine wildlife. The island is the tip of a mostly submerged back-arc volcano that until recently last erupted in 1992, one of at least eight historical eruptions documented at Bogoslof volcano.

I In December 2016, Bogoslof once again began erupting. The current eruptive sequence has been dominated by a series of almost 50 short-duration (minutes to tens of minutes) explosive events that have lofted volcanic clouds as high as 45,000 ft above sea level. These volcanic clouds are a hazard to aviation and have resulted in dozens of regional flight cancellations and countless flight diversions around the volcano.

The eruptive activity has greatly reshaped the island, as material is removed by explosions and redeposited as fallout. The USGS Alaska Volcano Observatory uses a variety of satellite remote sensing data to monitor activity, characterize eruptions, and map changes in the landscape. This series of satellite images collected by the WorldView satellite shows a sampling of the changes that have occurred at Bogoslof. A series of vents have produced arcuate-shaped features, and volcanic ash fallout has added to the size of the island, and at times been voluminous enough to create a crater lake that is separated from the ocean. Previous eruptions of Bogoslof have gone on for many months, so additional changes are possible. 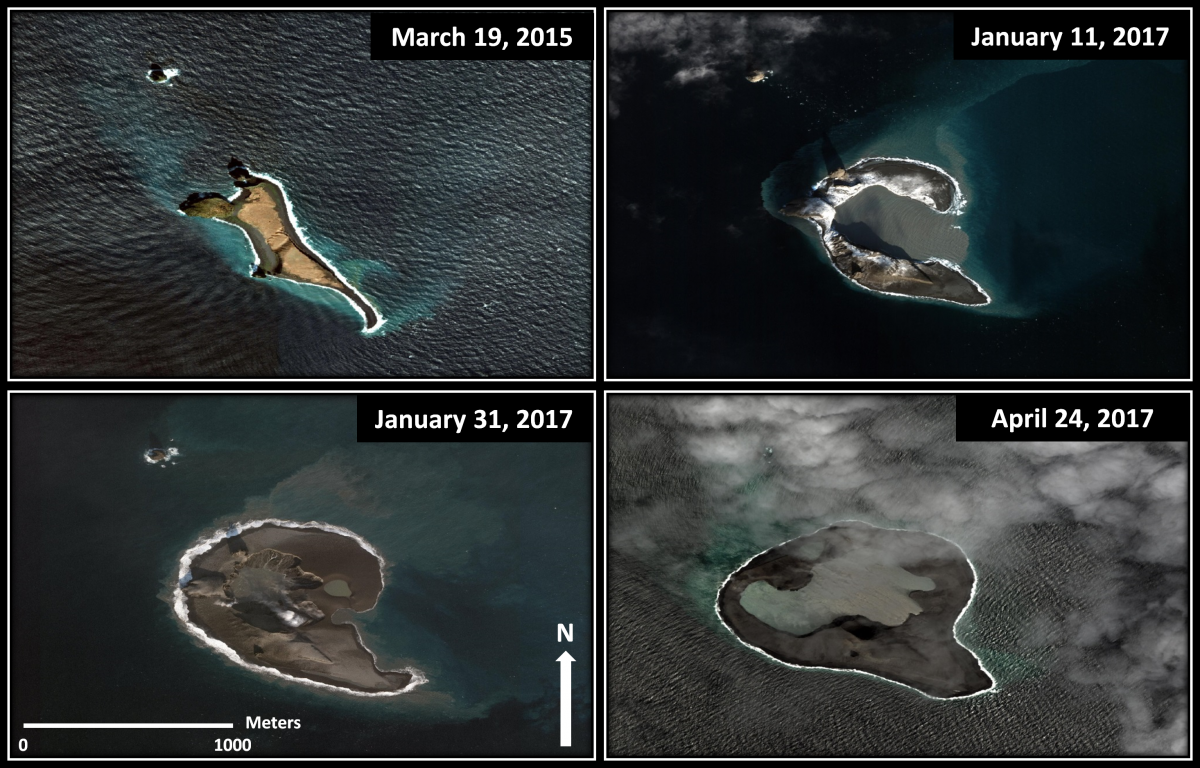 Series of WorldView satellite images of Bogoslof Island, Alaska, showing changes in the shape and size due to eruptive activity of Bogoslof volcano. The eruption began in mid-December 2016 and continues through the summer of 2017. Image data provided under the Digital Globe NextView License.