Wolf Interactions with Deer and Moose in the Superior National Forest

Using aerial radio-tracking of wolves (Canis lupus) and white-tailed deer (Odocoileus virginianus) in the east-central Superior National Forest (northeastern Minnesota), this study examines the interaction of wolves, deer, and moose (Alces americanus).  Wolves are on the Federal Endangered Species List and moose in Minnesota have been proposed for inclusion.  Wolf numbers are estimated two ways: 1) aerially locating radio-collared wolf packs and observing their numbers, and 2) aerially snowtracking non-radioed wolf packs.  Relationships between wolf numbers over the years and annual moose numbers counted by the Minnesota Department of Natural Resources suggest that the wolf population is affecting the moose population primarily through wolf depredations on moose calves.  Indications are that where both deer and moose were preyed upon by wolves, deer at times may have subsidized wolf numbers that otherwise would have declined following the recent decline in the moose population.  This may have allowed wolves to continue to prey upon moose calves at a higher rate than would have been expected if moose were the only prey.   Information of this type is of value to assess the extent to which wolves and moose might be included on the Endangered Species List. 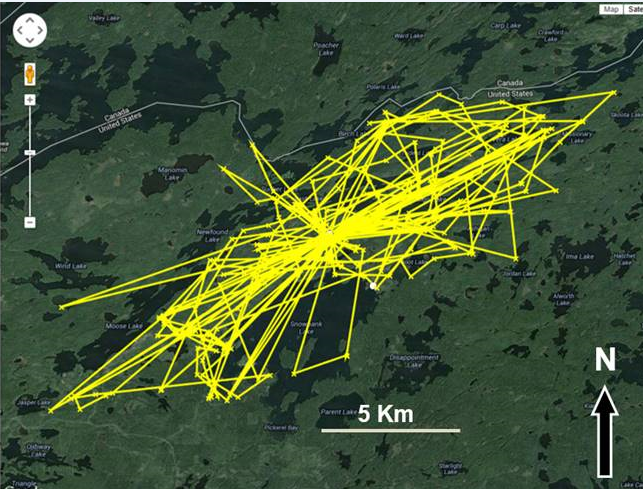