Wolf Movements and Pack Spacing in the High Arctic

The USGS is now partnering with Utah State University (USU) and the Department of the Environment in Nunavut (DEN) to investigate wolves’ (Canis lupus) movements and spacing in the high Arctic.  This follows the USGS 5-year study (summers 1986 – 2010) of the behavior of wolves habituated to humans on Ellesmere Island in northern Canada.  Biologists from USU and DEN have been collaring wolves on Ellesmere with global positioning system (GPS) to study movements and spacing behavior year-round.  The data are sent via satellite to websites used by all three agencies.  Data have been obtained on wolf packs of up to 20 animals and based on clusters of locations indicating lack of movement for 1–2 days, summer investigation of those sites have yielded information about prey killed, most often muskoxen (Ovibos muschatus).  Some dispersal, and other unusual travels of over 250 km have been observed, and information about wolf movements during the long period of 24-hour darkness over winter has been documented.  These data are useful to agencies for understanding the habitats that wolves and their prey use, including their movements and their behavior in areas where coal and mineral exploration is being considered or is being carried out. 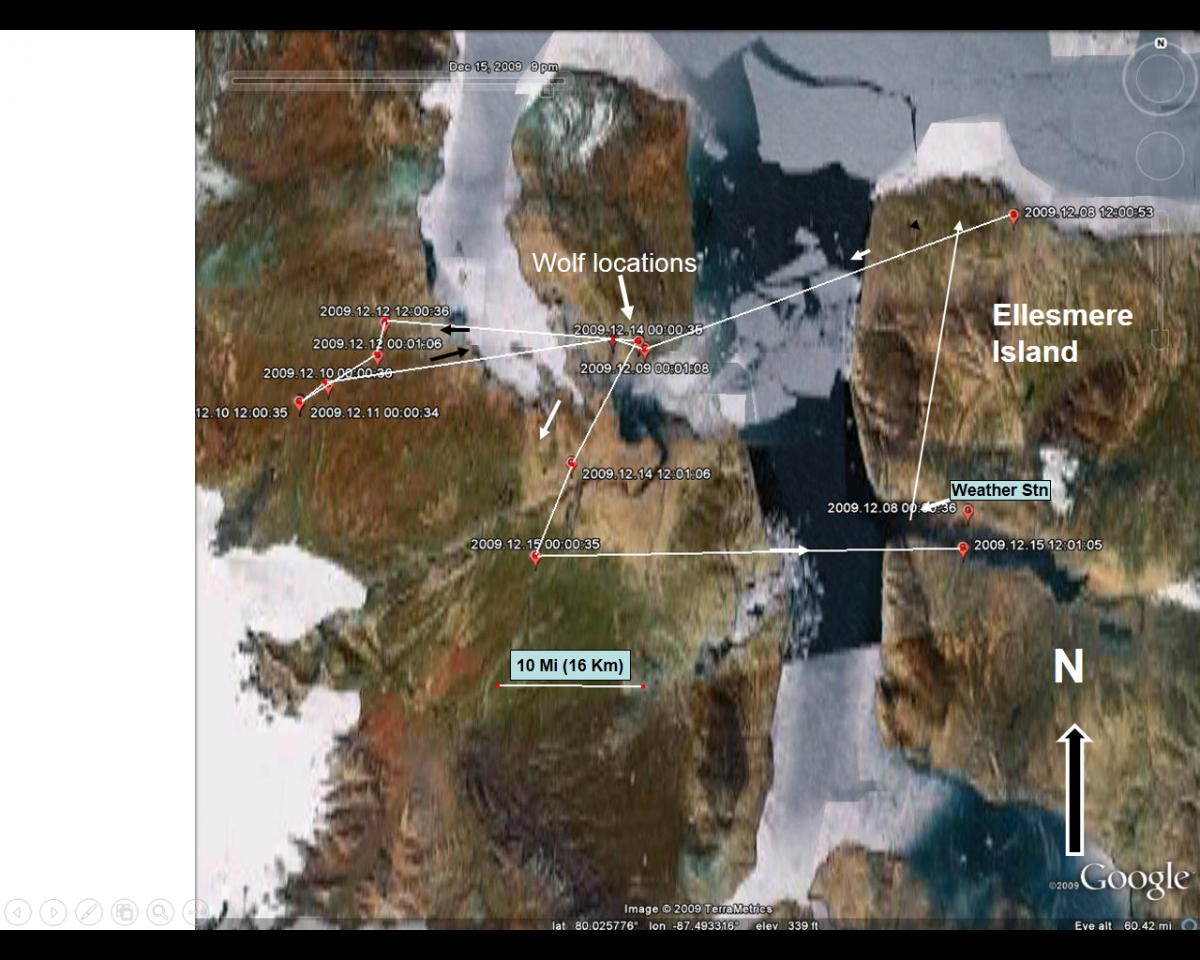 Example of movements and locations of a wolf pack on Ellesmere Island in the High Arctic of Canada. This pack was monitored by a global-positioning system radio collar 9 July 2009 through 12 April 2010. The dotted line is the 99% probability contour, the dashed line is the 95% contour, and the solid line, the 60% probability.