The NPS is using the entire Landsat 30-meter resolution data archive (1980s to the present) to study changes in the total surface area of lakes and ponds in the national parks of northern and central Alaska. A NPS research team used tiled surface reflectance data from the U.S. Geological Survey's U.S. Landsat Analysis Ready Data to map water bodies. Researchers examined all cloud- and snow-free areas from multiple images in each year and classified as water those pixels where a majority of all available dates are darker than a selected threshold value in the infrared bands. Preliminary results suggest that the area of lakes and ponds in many areas is fluctuating in parallel with year-to-year variation in precipitation, without clear long-term trends. However, sizeable decreases in surface-water area have occurred since the year 2000 in lowland areas with lakes and ponds occupying shallow basins produced by thawing permafrost. 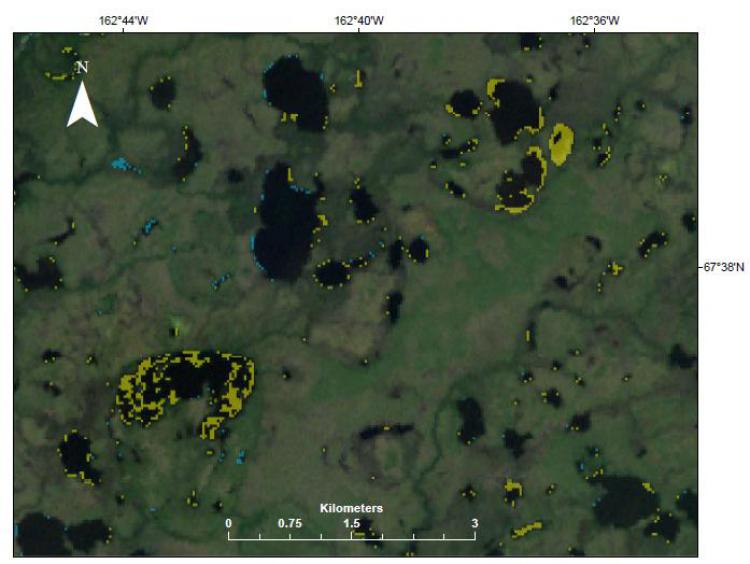 Landsat image (year 2002) from the far western part of the Noatak National Preserve in northern Alaska, showing areas that changed between 2000 and 2016 from water to land (yellow) and land to water (blue).