Data suggest that long-tailed duck populations are in decline. As a result, efforts have been made to better understand their population distributions through satellite telemetry studies. In previous studies, radiomarked tracking of long-tailed ducks suggested little use of Lake Michigan, even though aerial surveys indicate that large concentrations of this species overwinter there. Long-tailed ducks on Lake Michigan face a host of issues, such as risk of exposure to type E avian botulism and potential offshore wind energy development.

With the information this study provided about seasonal migration patterns, resource managers will be able to delineate the eastern populations of long-tailed ducks, gain insight into where long-tailed ducks may become exposed to type E avian botulism on Lake Michigan, and mitigate impacts from future offshore wind energy development. 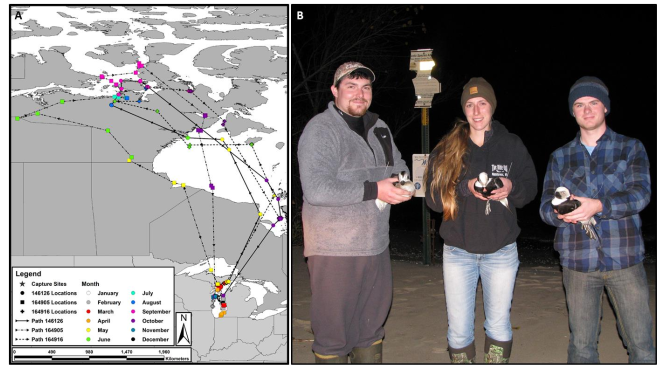