As part of the U.S. Department of the Interior’s (DOI) commitment to provide technical assistance to the Kenyan Northern Rangelands Trust (NRT), the USGS created a high spatial and time-sensitive live vegetation monitoring system in collaboration with the DOI International Technical Assistance Program and the U.S. Agency for International Development’s (USAID’s) regional mission in East Africa. The NRT works to protect iconic species such as elephants, rhinos, and cheetahs while supporting a pastoral population dependent on access to grazing areas for livestock. The developed mapping system provides temporal and spatial variability of live grassland cover that is key information to support proactive management to maximize livestock and wildlife grazing use and avoid conflict.

The resulting LFC maps representing times of severe drought, average rainfall, and seasonally dry periods depict the expected region-wide status and changes while reproducing the high spatial diversity of the rangeland grassland landscape. Map interpretability was enhanced by representing LFC as a fraction between 0 and 100 as well as creating a tree mask overlay. An important objective was to provide a framework conducive for transfer of all components of the mapping to NRT. To provide that framework, mapping is based on free satellite image data that can be processed with free software downloaded to a personal workstation. The maps are produced in a format directly compatible with standard geographic information system software. Transfer of that mapping technology to NRT is underway. 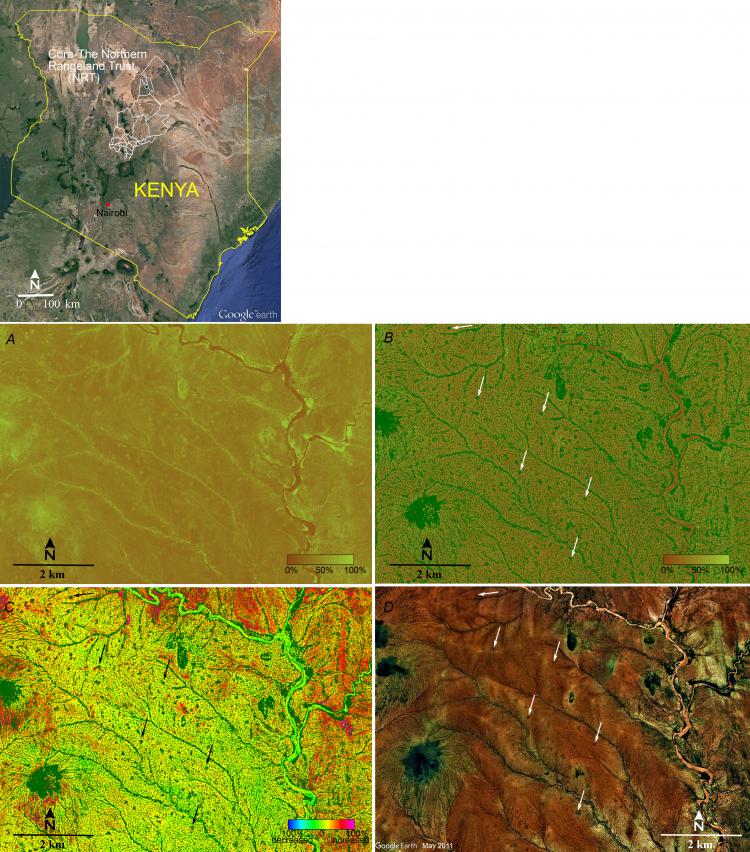