Many prehistoric sites located throughout Alaska are surface scatters of lithic (rock) debris, either remaining exposed since occupation or re-exposed due to erosion. Due to their open nature, these sites are often interpreted to lack much of their original context and integrity. However, in recent years remote sensing techniques used to collect data at these shallow sites have presented new and valuable information, especially regarding the location of hearth features and radiocarbon datable material. In July 2019, Denali National Park archaeologists and Thomas Urban (Cornell University) conducted six days of magnetometer survey at several sites between the Savage and Teklanika Rivers. The focus of this examination was to collect magnetometer data to map the presence or absence of hearth or other thermal features within the boundary of prehistoric archaeological sites experiencing substantial denudation and surface exposure. Field data were collected using a Geometrics 858 Cesium Vapor magnetometer in search mode. At sites where materials suggested a hearth feature might exist (such as charcoal or thermally altered lithics), tests were expanded in 50 x 50-cm units or plans were made to do so at a future date. In total, approximately 1 in 20 magnetic signals contained charcoal and – in some cases – lithic material displaying evidence of thermal alteration such as crazing or potlid scars; these results are consistent with hearths in other locations throughout Alaska. Charcoal located in a verified hearth from one such site (HEA-00136) retuned a calibrated radiocarbon date of 2795-2960 Before Present (cal BP) or 2800+/-30 measured radiocarbon years (Beta-550988), suggesting a much later occupation than originally believed based on the typology of the lithics at the site. Research like this expands understanding of prehistoric archaeology in many ways. Mainly, this technique is useful in providing information on the age of sites that were previously believed to be undatable. Further, use of this technique and method can increase understanding of the use of space in prehistoric sites, displaying a more extensive pattern of use within a site by providing location information on features relative to already exposed artifact concentrations. This technique also provides information about site formation processes, especially regarding sediment erosion and deposition, affecting cultural features. 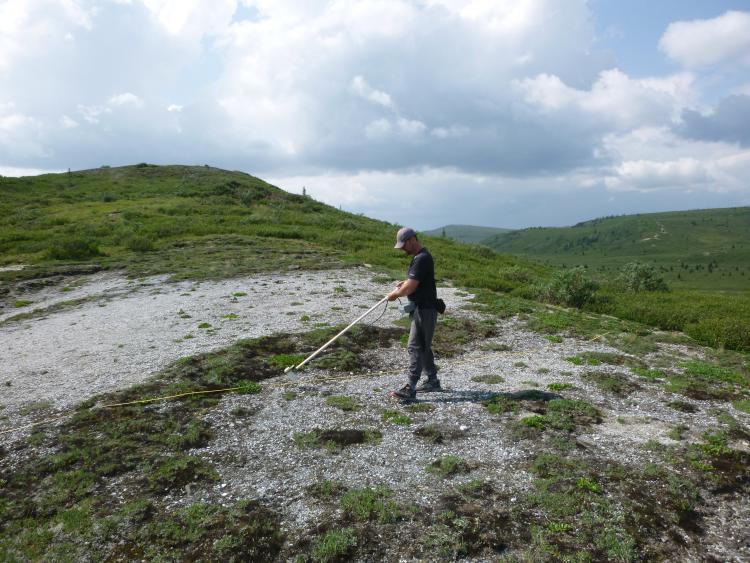 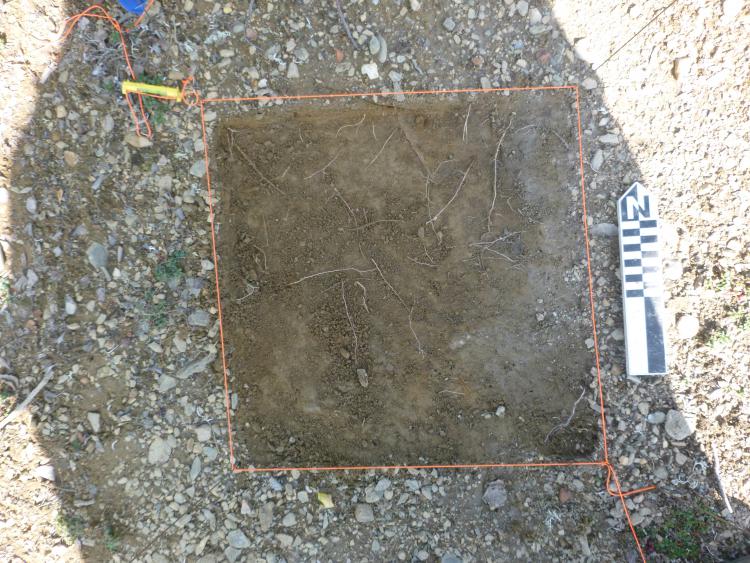