Scientists observed rifts in Petermann Glacier throughout the first decade of the 2000s. The rift that caused the 2010 break was first spotted in satellite imagery in 2001. See below for the location of this rift in a 2001 Landsat image.

The massive calving event in 2010 removed 28 kilometers of the ice shelf. The result was an ice island four times the size of Manhattan, about 270 square kilometers. It was the largest iceberg to form in the Arctic since 1962.

The last image displayed in this section shows a size comparison of Manhattan Island (yellow outline) to the iceberg.

(Black stripes run through the images because of the Scan Line Corrector failure on Landsat 7 in May 2003.) 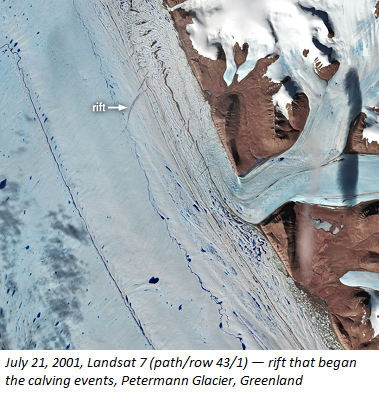 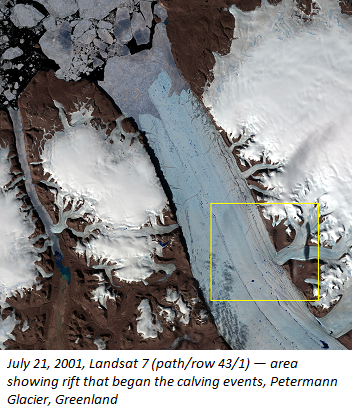 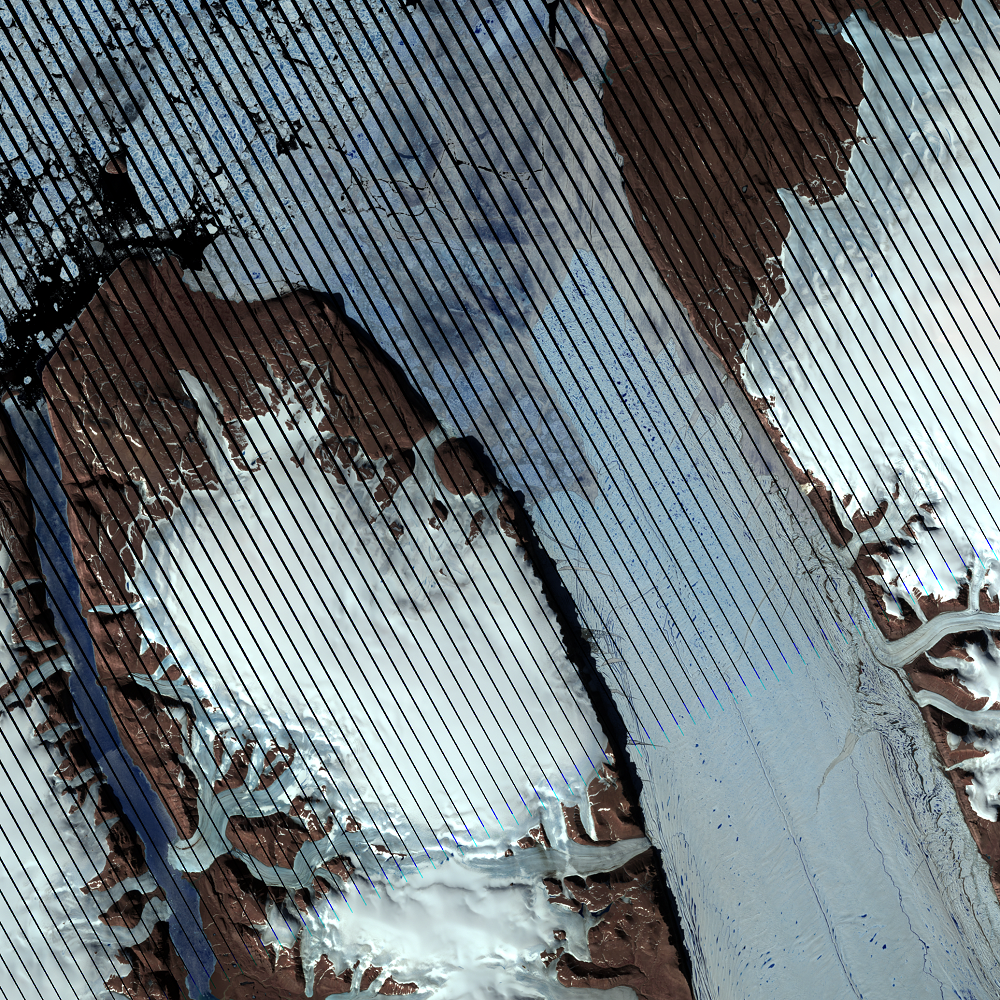 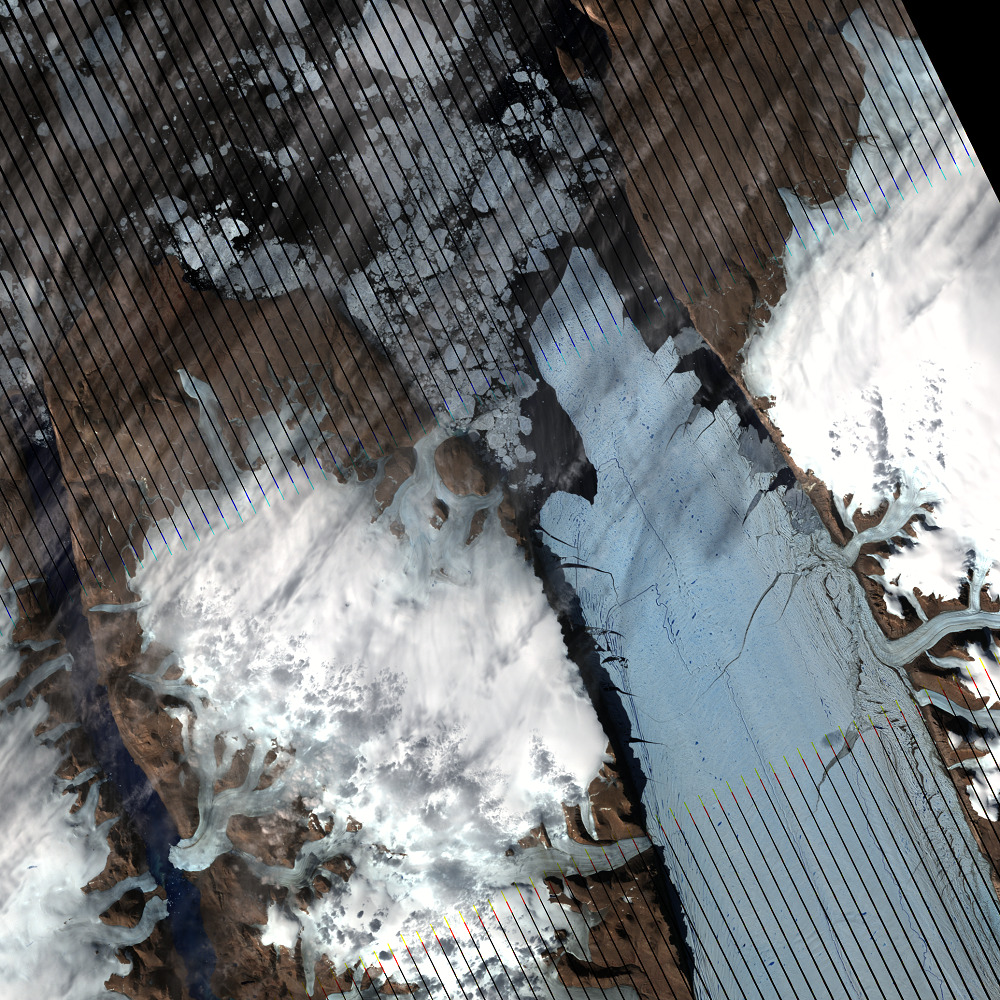 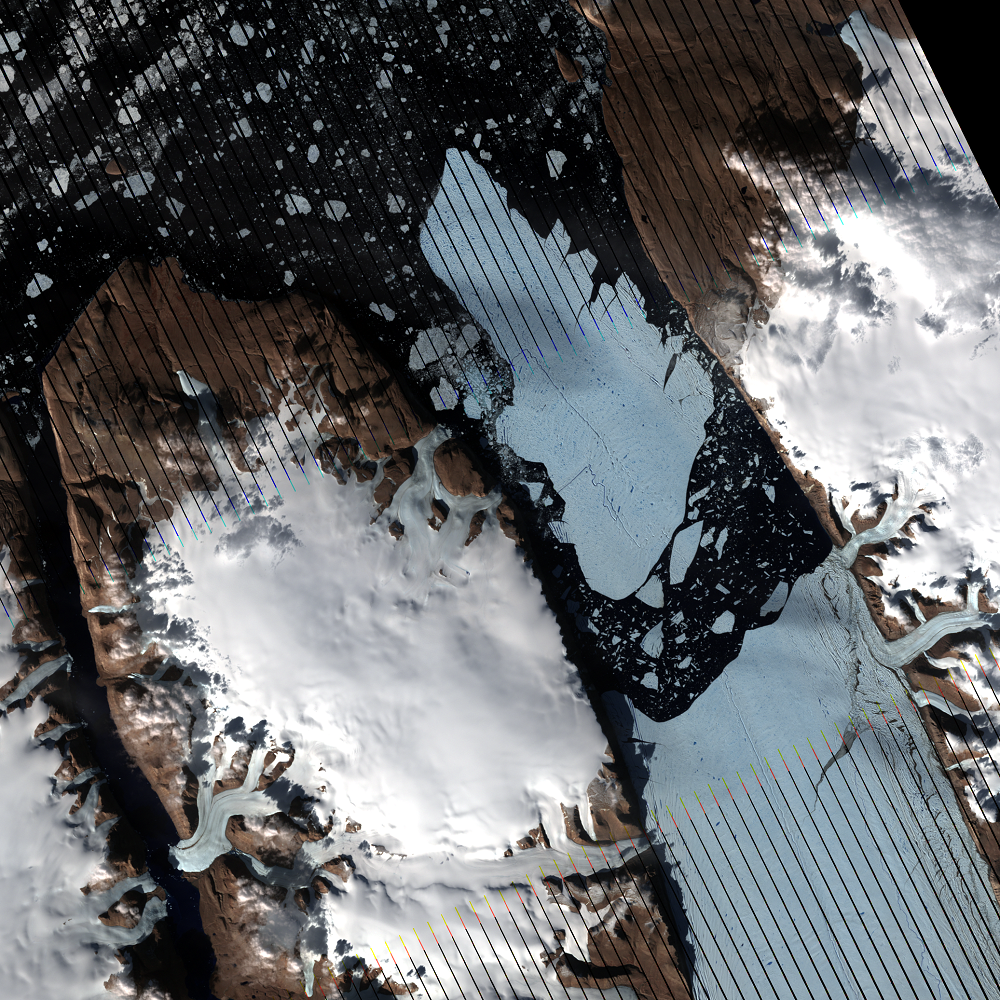 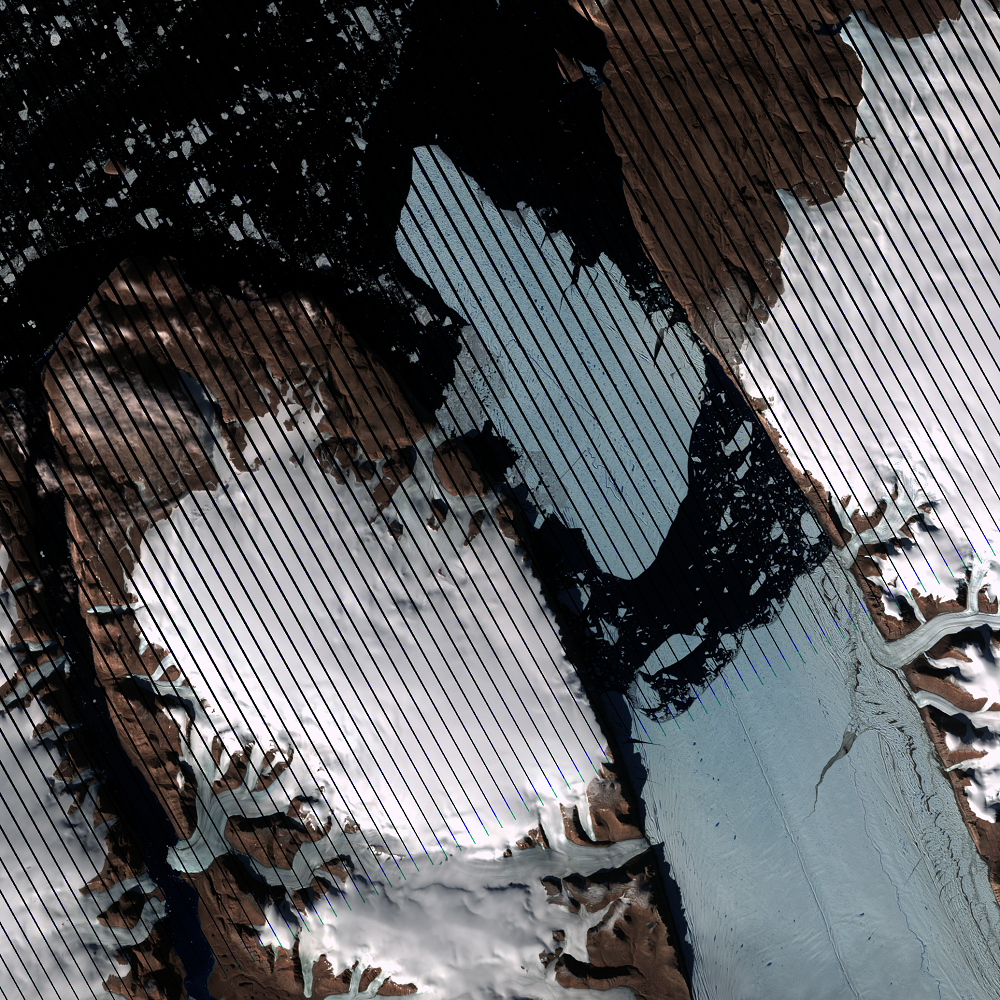 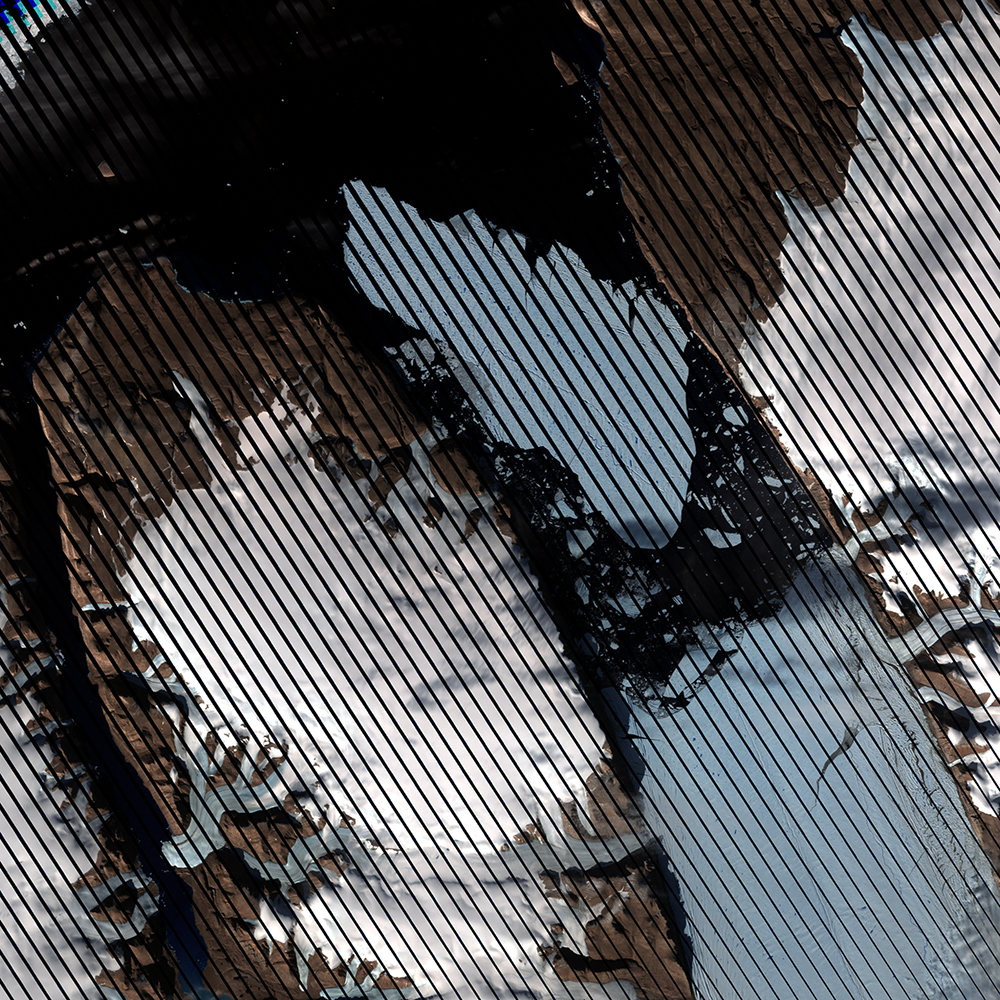 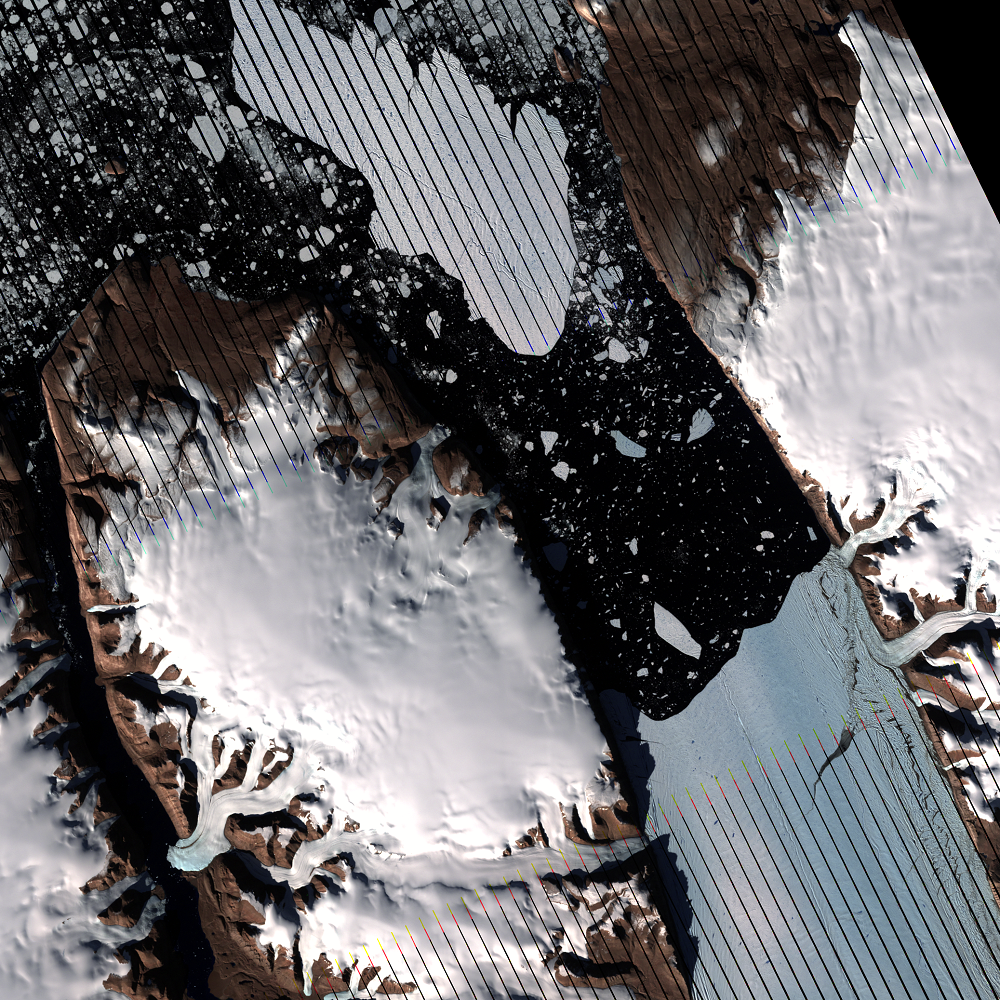 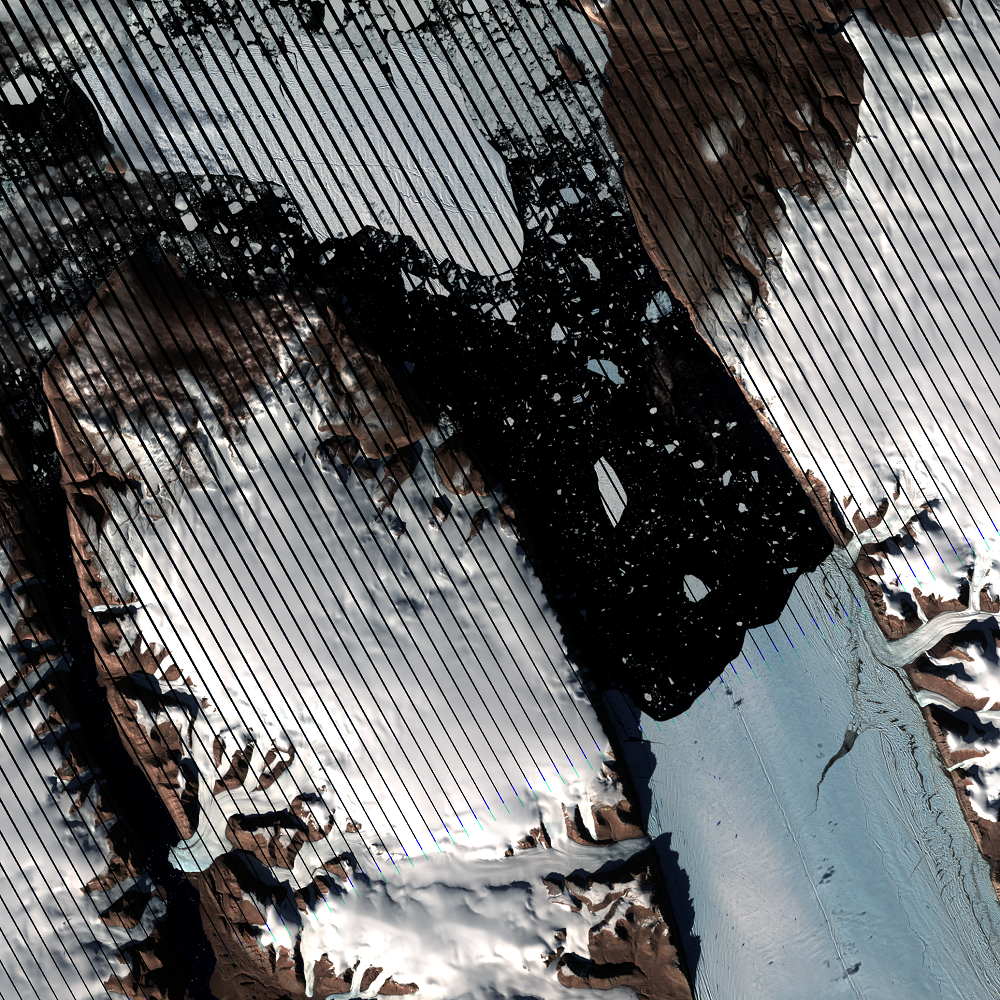 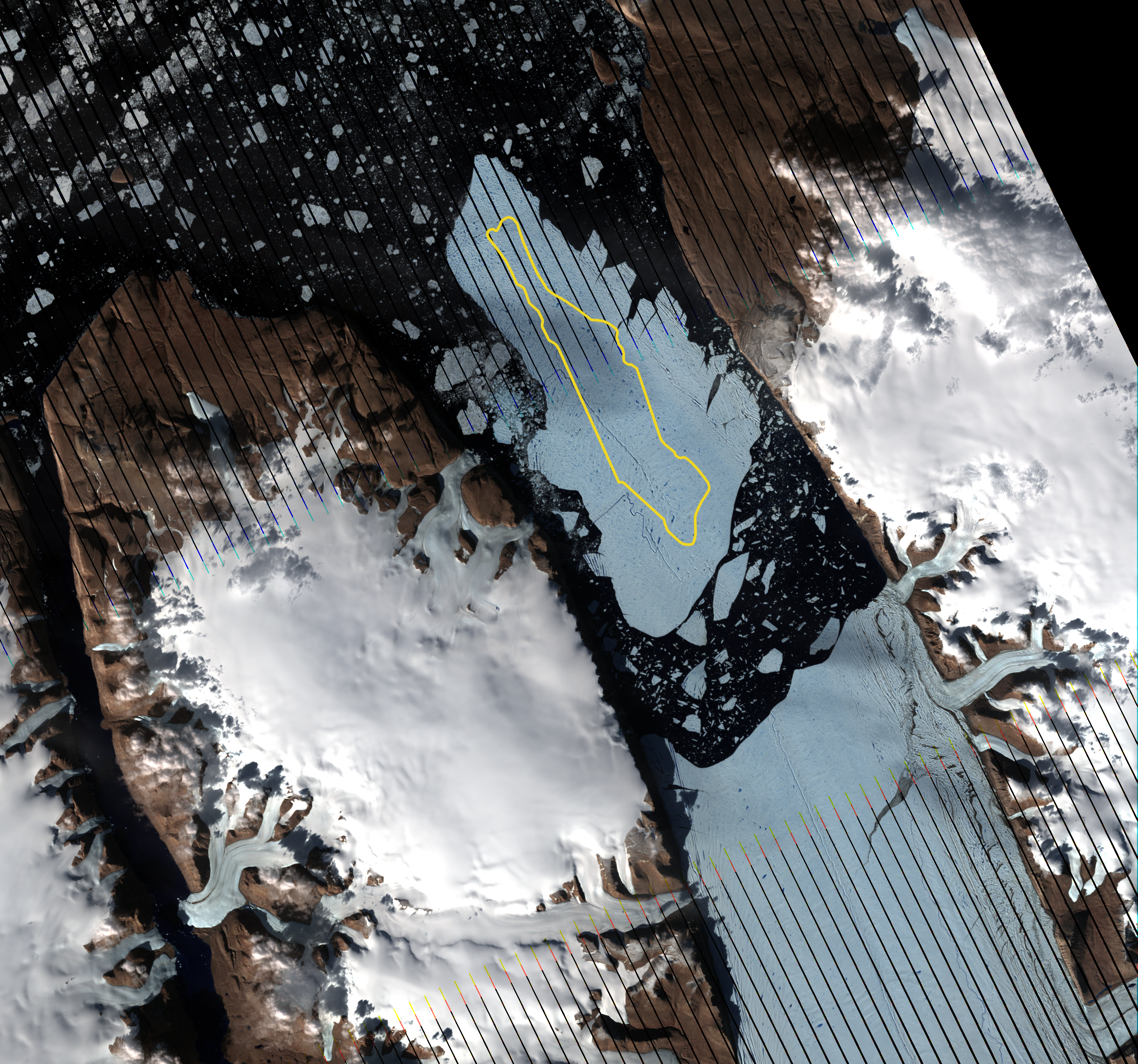 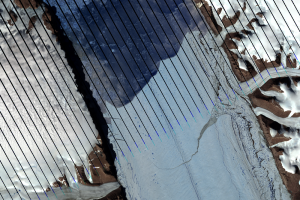 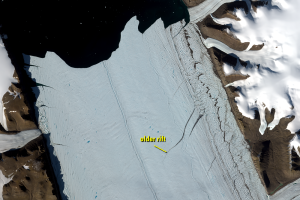 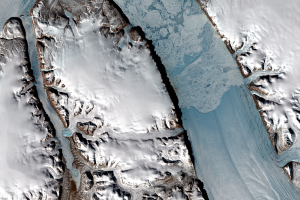 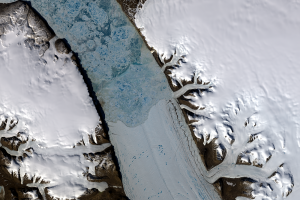 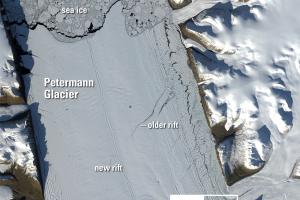