Near the common borders of Ukraine, Belarus, and Russia, the Chernobyl Nuclear Power Plant lies near the Pripyat River at the northwestern end of a cooling pond. The pond is 12 km long; during normal operation the plant discharged warm water counterclockwise around the pond, taking in cool water near the north end. Just northwest of the plant is the city of Pripyat. The smaller town of Chernobyl lies south of the cooling pond.

The 1986 and 1992 images clearly show farm abandonment. Agriculture appears as a collage of bright green (growing crops) and tan (highly reflective bare ground). Many of these areas appear a flat gray-green in 1992, indicating natural vegetation that has taken over the abandoned fields. The 2011 and 2018 images show that this land change persists.

While the reactor was still on fire, all settlements within 30 km were evacuated, including Pripyat (1986 population 45,000), Chernobyl (1986 population 12,000), and 94 other villages (estimated total population 40,000). This area remains almost completely abandoned and is called the Chernobyl exclusion zone. The area is a mixture of former agriculture, forest, and marshland. It has been mostly free from human intervention since 1986.

Radiation contamination later forced abandonment even outside the 30-km zone. High levels of cesium-137 detected years later caused further abandonment. In all, more than 120,000 people from 213 villages and cities were relocated outside contaminated areas.

In 2011, the director of the Chernobyl power plant, Ihor Gramotkin, was asked when the area would again be inhabitable. He responded, “At least 20,000 years” (Harrell and Marson). 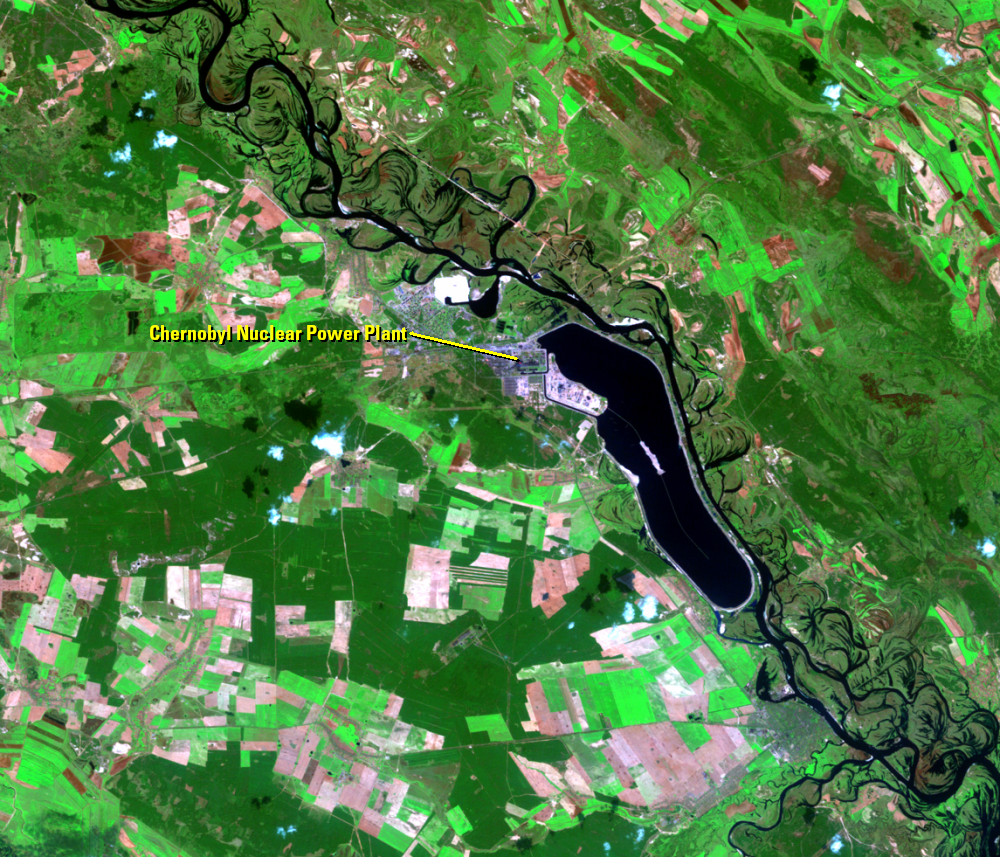 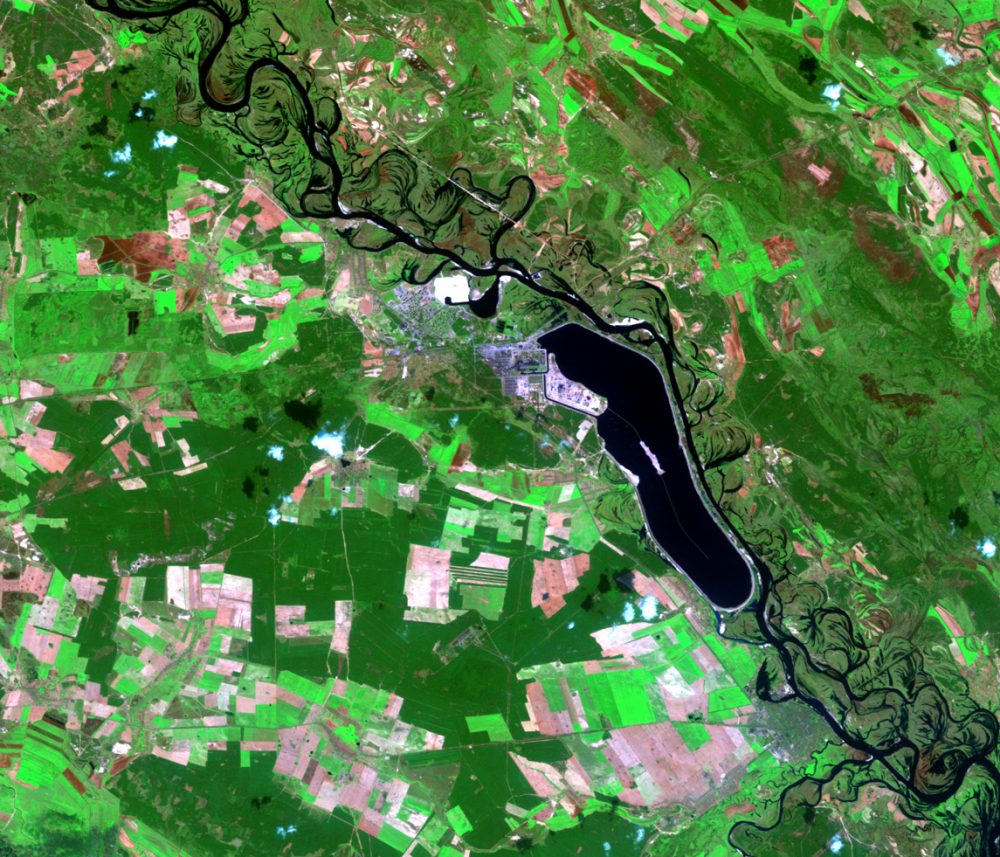 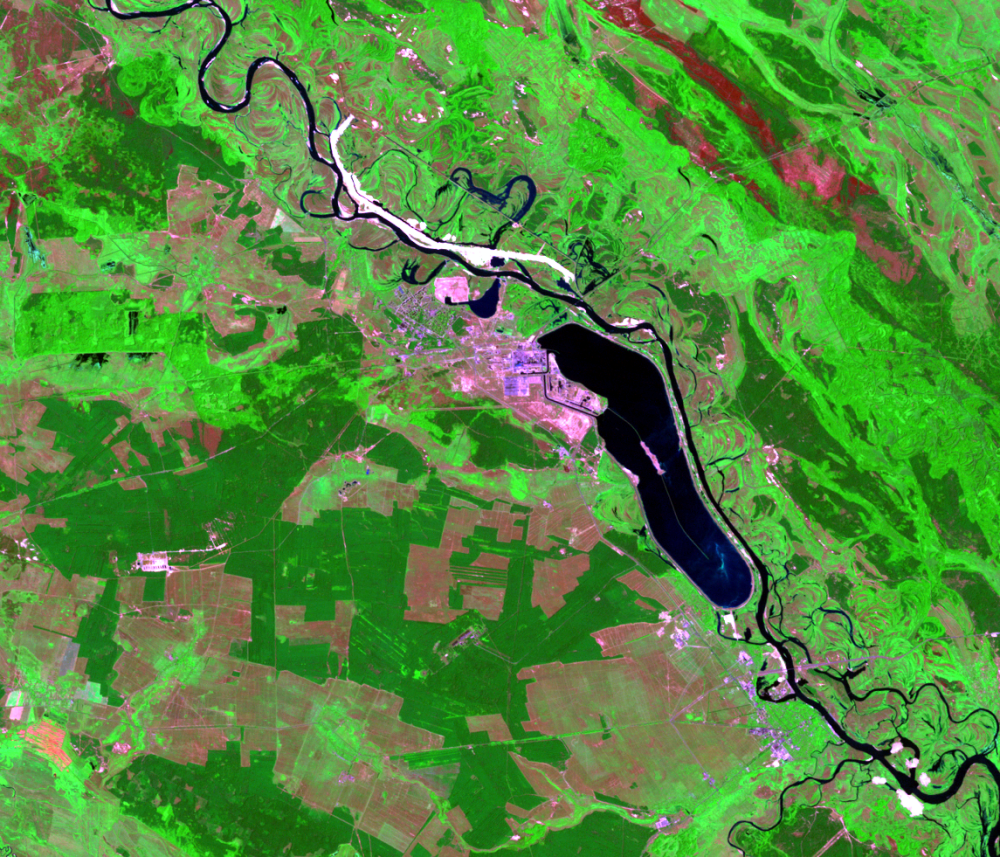 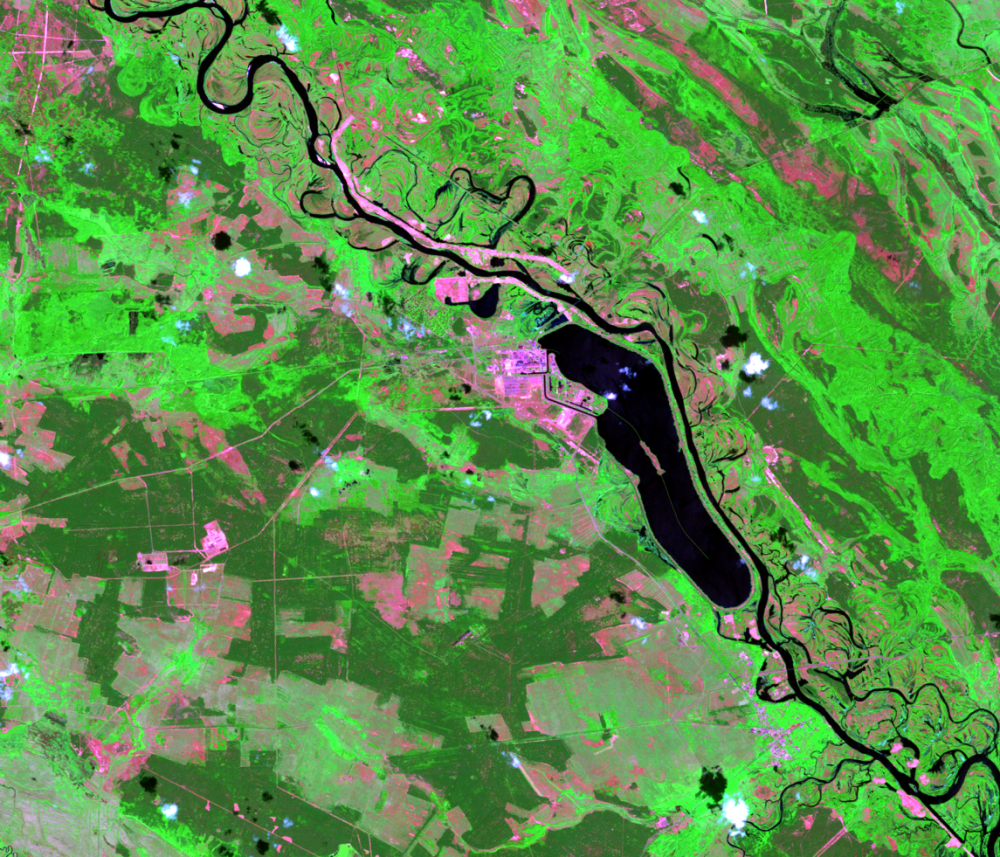 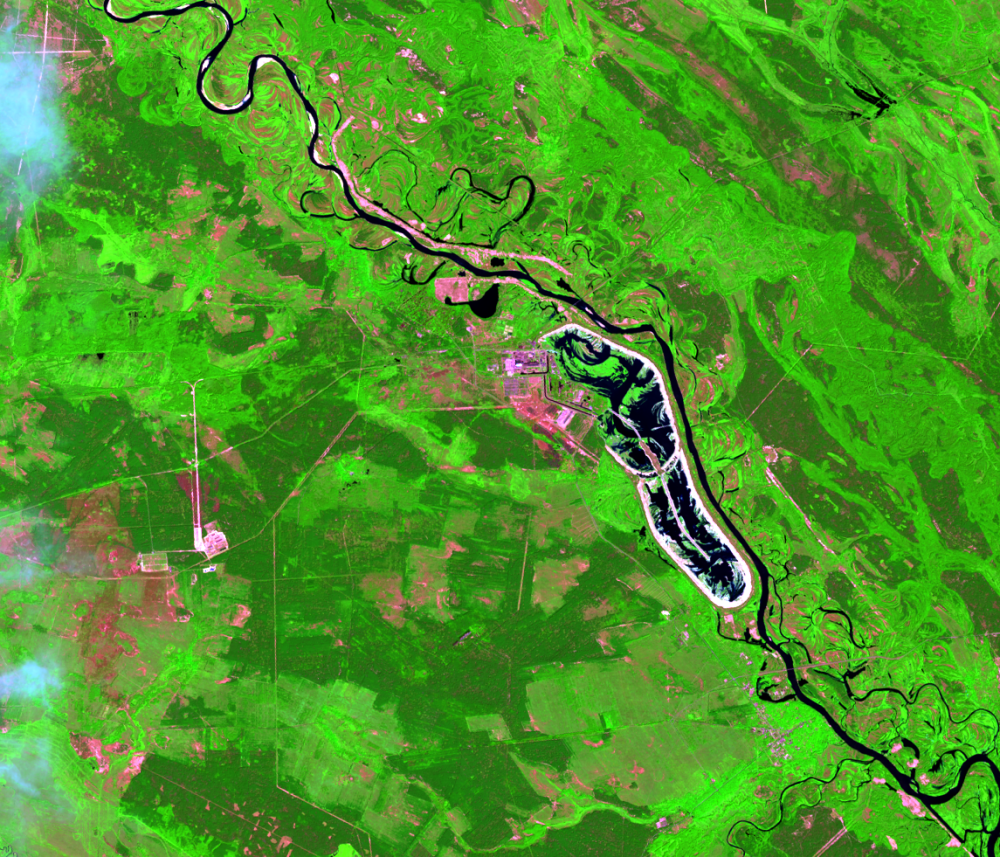 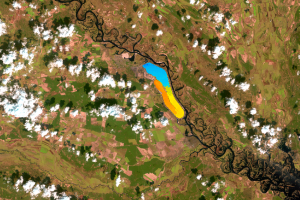 The Landsat 5 image acquired before April 26 shows heated water being pumped from the plant into the adjacent cooling pond and circulating countercloc... 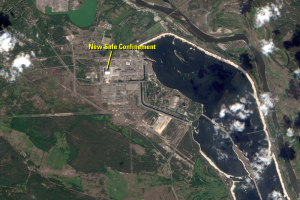 A temporary structure was quickly built over reactor number 4 to contain radioactive material. A more permanent solution was needed. About two decades... 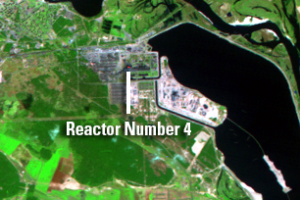 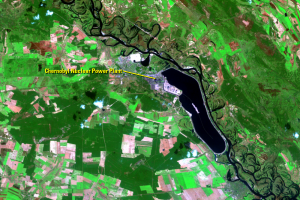