In the flooded season, this part of Mali’s landscape stands out as bright green against the arid brown African Sahel. The Niger River and the Inland Delta have been an important water supply in the southern Sahara for thousands of years.

The river channels, lakes, swamps, and floodplains provide the main livelihoods in the delta: livestock, fishing, and farming. The delta is also a refuge for many migrating birds. After rice farming and livestock, fishing is the most important industry of the delta. The catch varies from year to year depending on water levels. An overall decrease in available water in the delta directly affects the population in this industry.

This series of images shows that the extent of the seasonal flood can vary. For example, 1984 was a low flood year, and the green extent in the image is smaller than it is for 1999. Another low water year was 2011. Exceptionally high floods can damage habitats and irrigation, but extremely low flows like those in 1984 can be disastrous. The loss of livestock caused by the lack of water one year can have long-lasting effects.

Two main threats to the region are inadequate water management and climate change. With growing water use and a predicted decrease in rain in the Sahel, the river flow of the Niger is expected to decline. The livelihoods of the delta’s people could be at risk.

Diverting upstream water for irrigation means less water for the delta. For example, the Fomi Dam in Guinea is being planned. The two countries are working on assessing the possible risks and benefits of the dam.

(Black stripes run through the 2011 image because of the Scan Line Corrector failure on Landsat 7 in May 2003.) 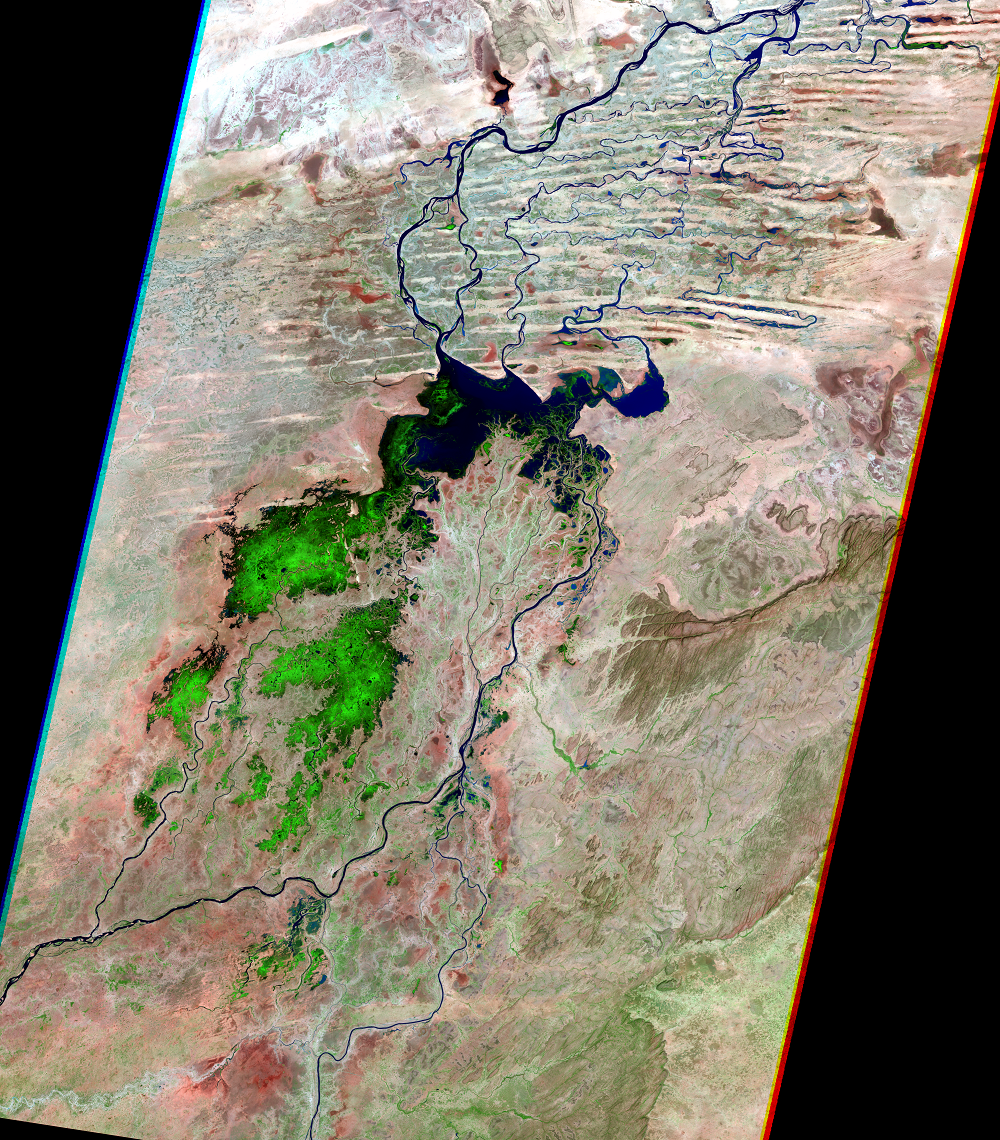 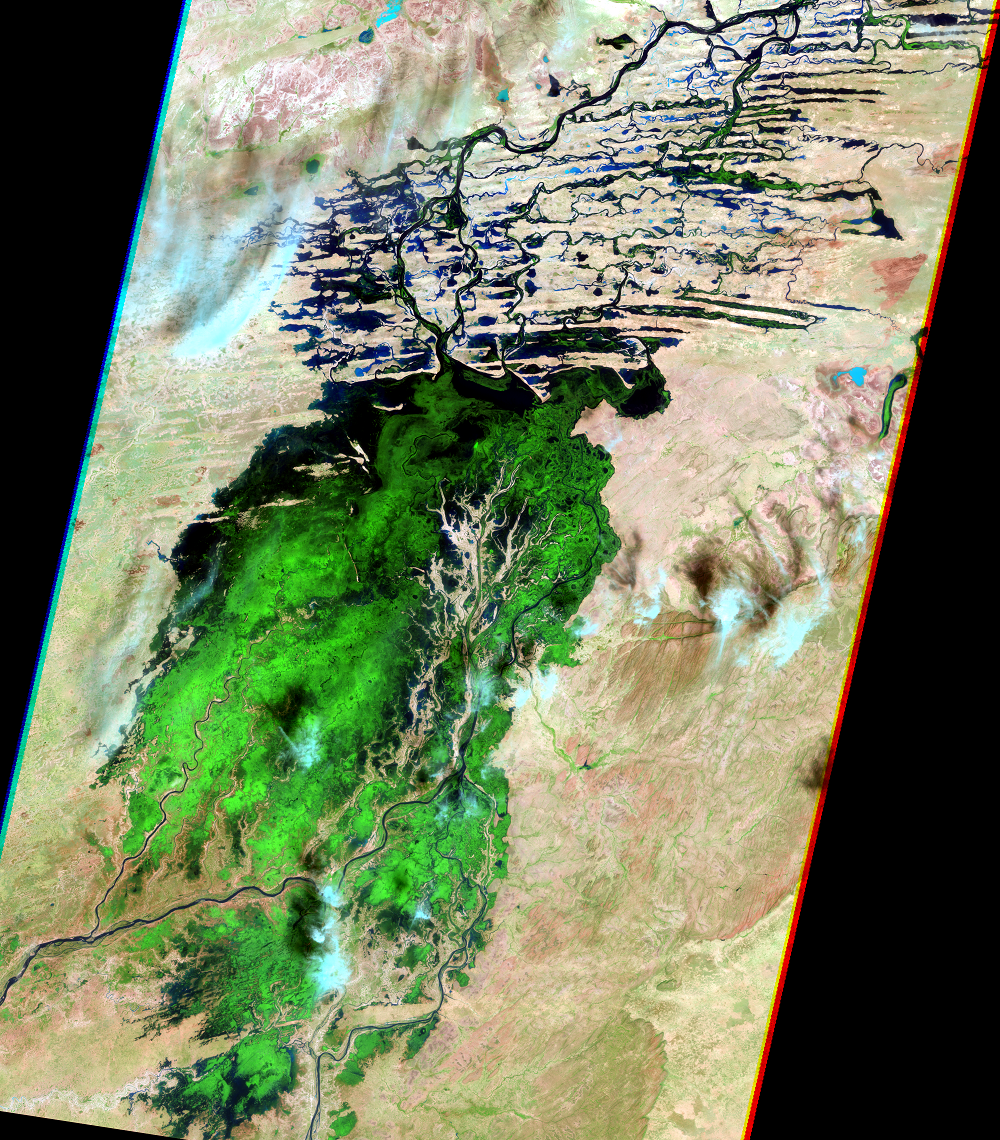 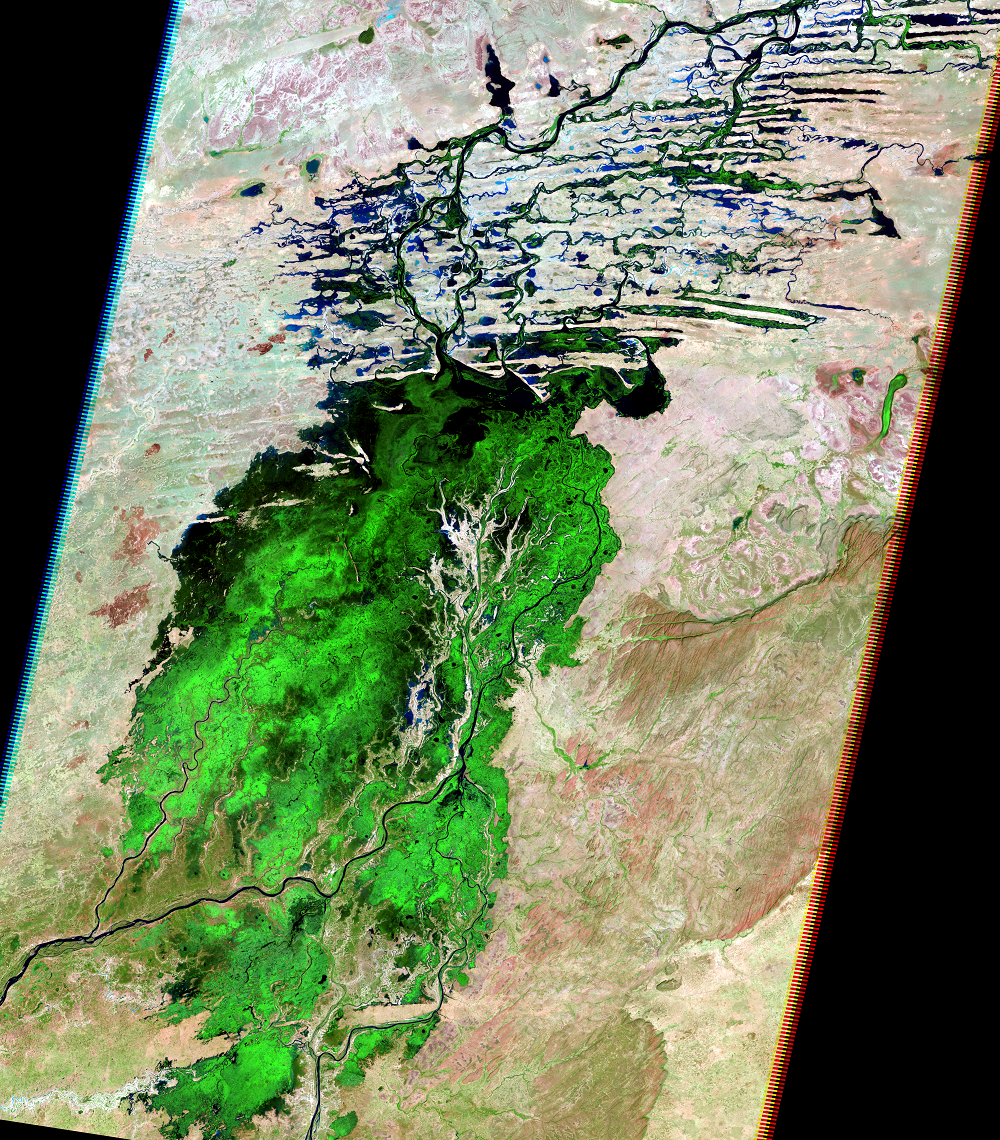 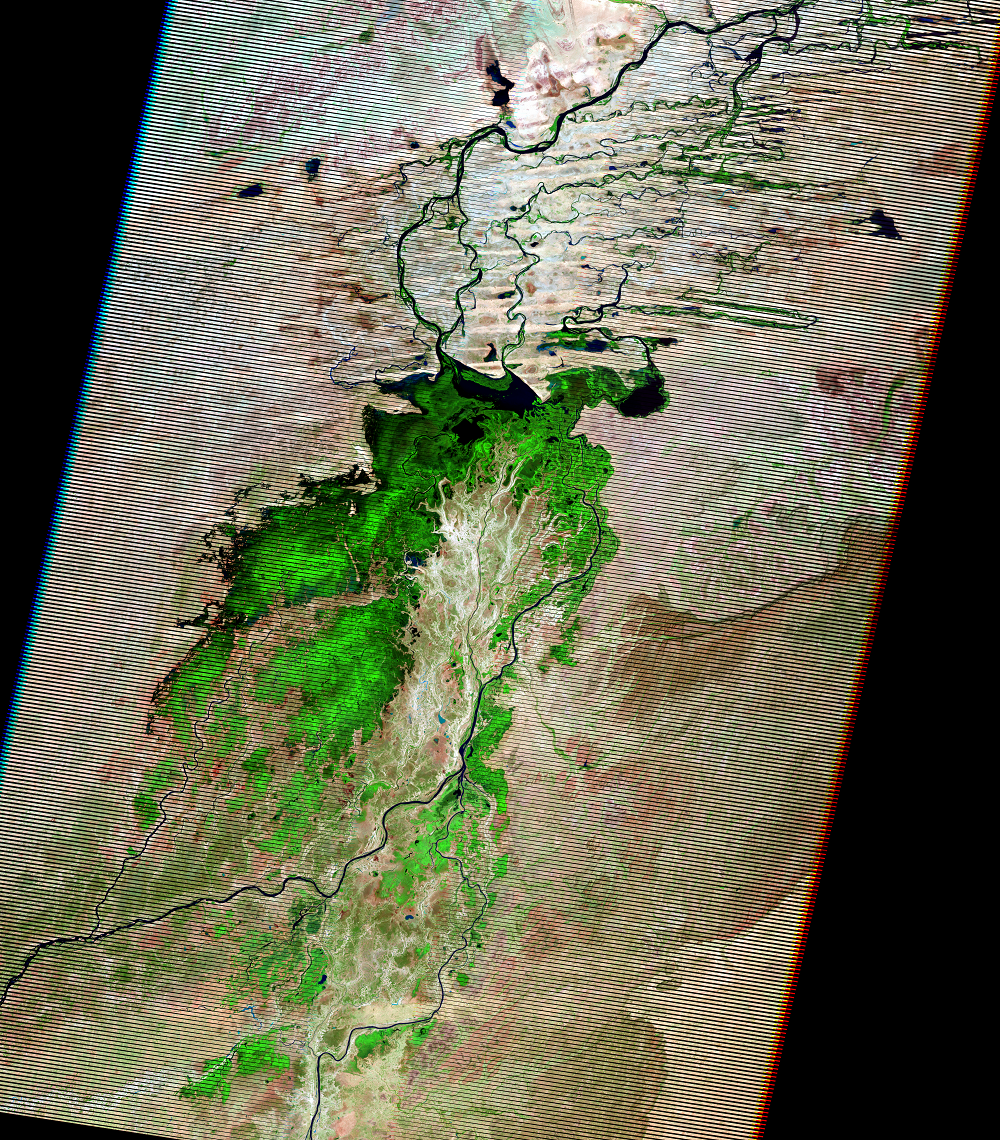 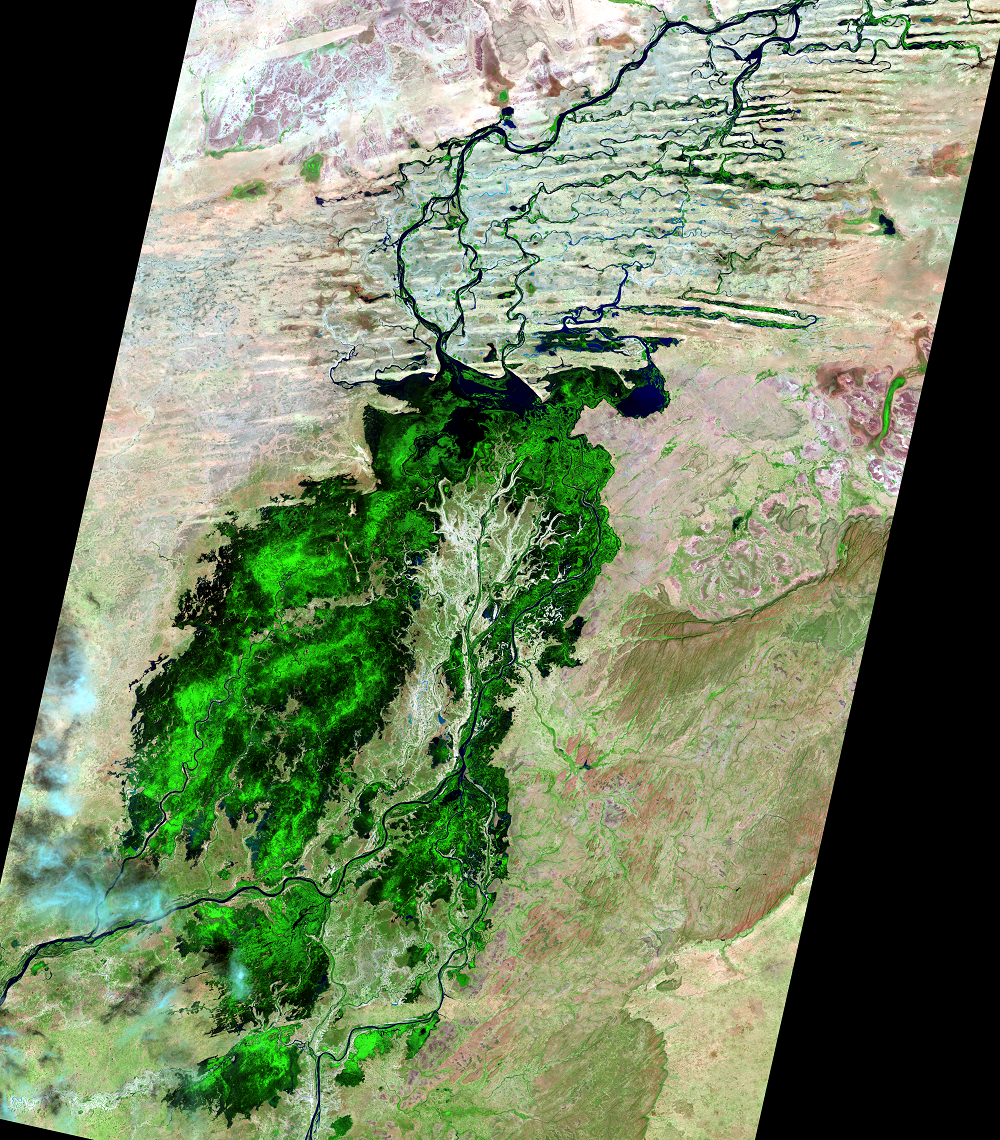 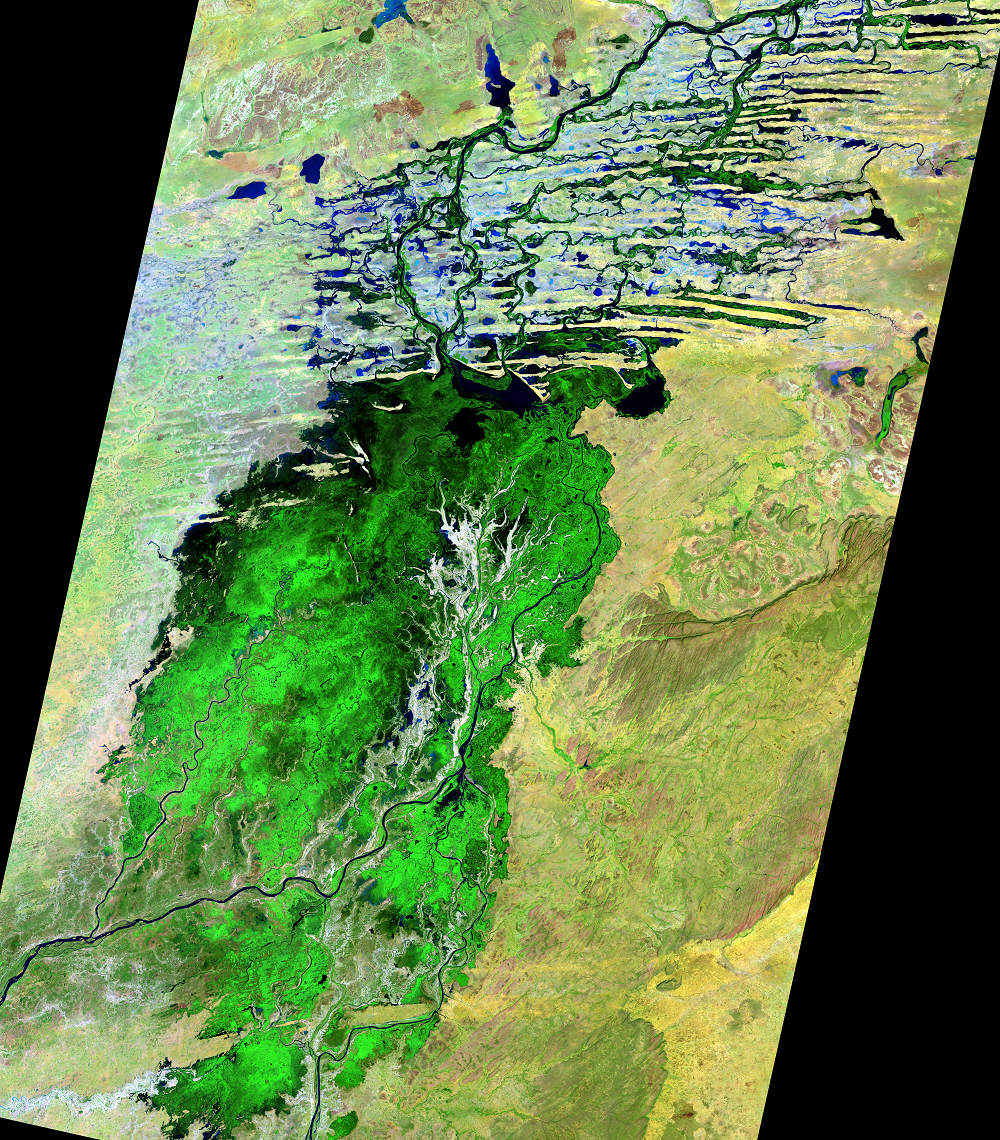 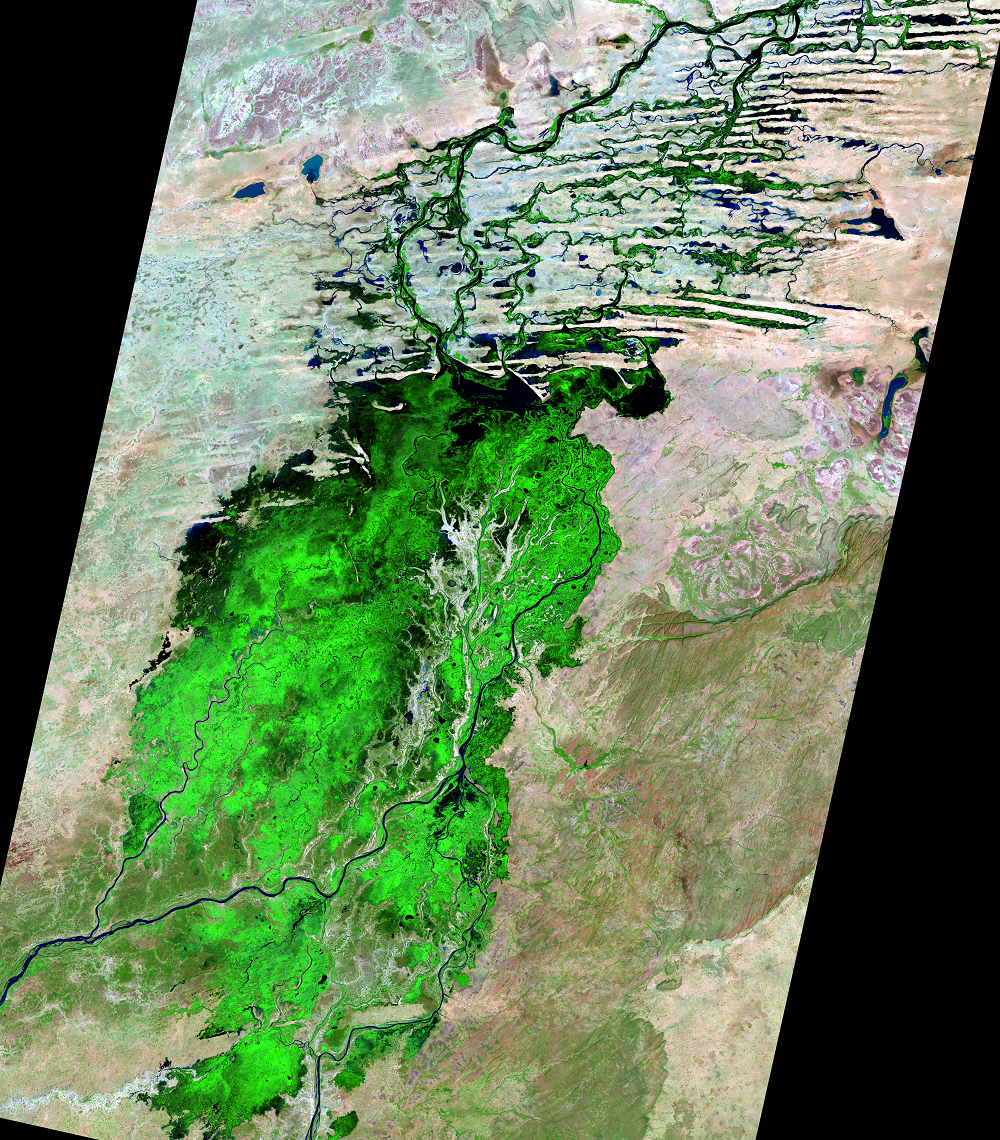 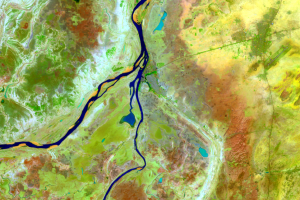 The busy port city Mopti is located at the confluence of the Niger and Bani Rivers. It is a crossroads of trade between the north and south. Farming i... 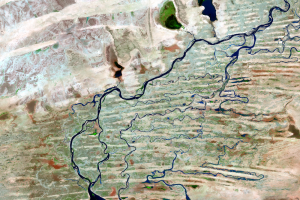 In the northern portion of the delta, channels fill in between sand dunes during the flood season. Temporary lakes also fill during high floods. The w... 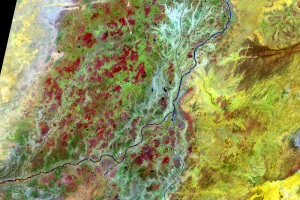 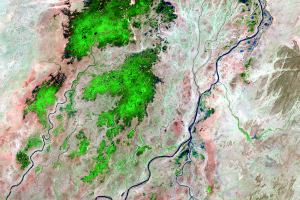 The Inland Niger Delta lies in the transition between a seasonally wet-and-dry climate in the south and a mostly dry climate at the edge of the Sahara...