A unique event takes place every year on the playa. Burning Man is a weeklong arts and culture festival that ends on the Saturday of Labor Day weekend with the burning of a huge wooden effigy.

Part of the event is the construction of a temporary metropolis named Black Rock City. Building of the temporary town starts about 6 weeks before the event. This is the most visible product of the event in satellite images.

Besides the city’s radial roadways, the images show a pentagon surrounding the city. This “trash fence” catches wind-blown garbage to keep it from spreading throughout the playa. A major policy of Burning Man is to leave no trace. All debris must be cleaned up after the event is over. Participants must pick up all MOOP, which stands for Matter Out Of Place. The BLM, which grants the license for the event, monitors the cleanup.

A Landsat 8 image from October 16, 2018, shows not only the temporary nature of the metropolis but also that cleanup is evidently still in progress on that date.

Burning Man began in 1986 in California with 20 attendees and a 2.4-meter effigy. The festival’s first year at Black Rock Playa was in 1990, when the event had outgrown its California beach location. The temporary city that year had a population of 350 and the effigy was 12 meters tall. The 2018 event included 70,000 people. In recent years, the height of the entire effigy has exceeded 30 meters.

The city becomes easier to spot as the event grows larger. In the 2018 image, Black Rock City spans nearly 5 kilometers across. But its area covers only about 3 percent of the entire playa.

Burning Man went virtual in 2020 due to COVID-19. Its temporary city was absent from satellite imagery on Labor Day weekend for the first time in decades. 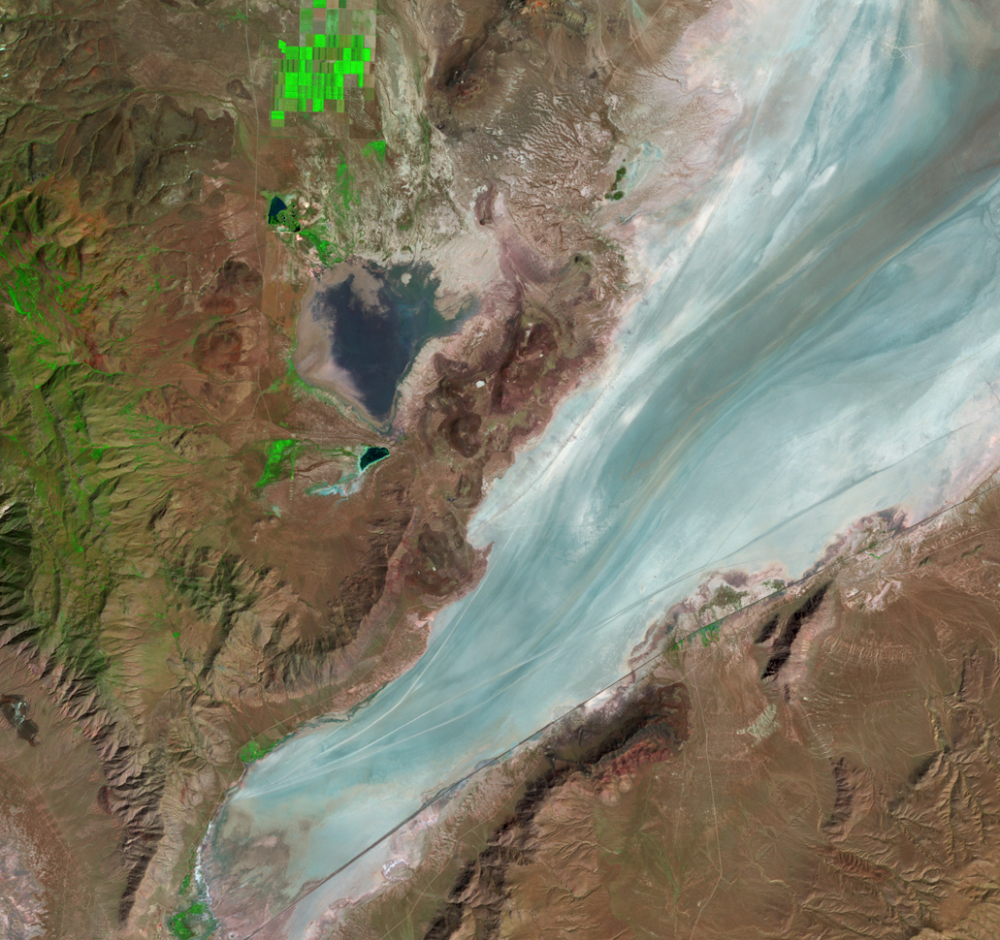 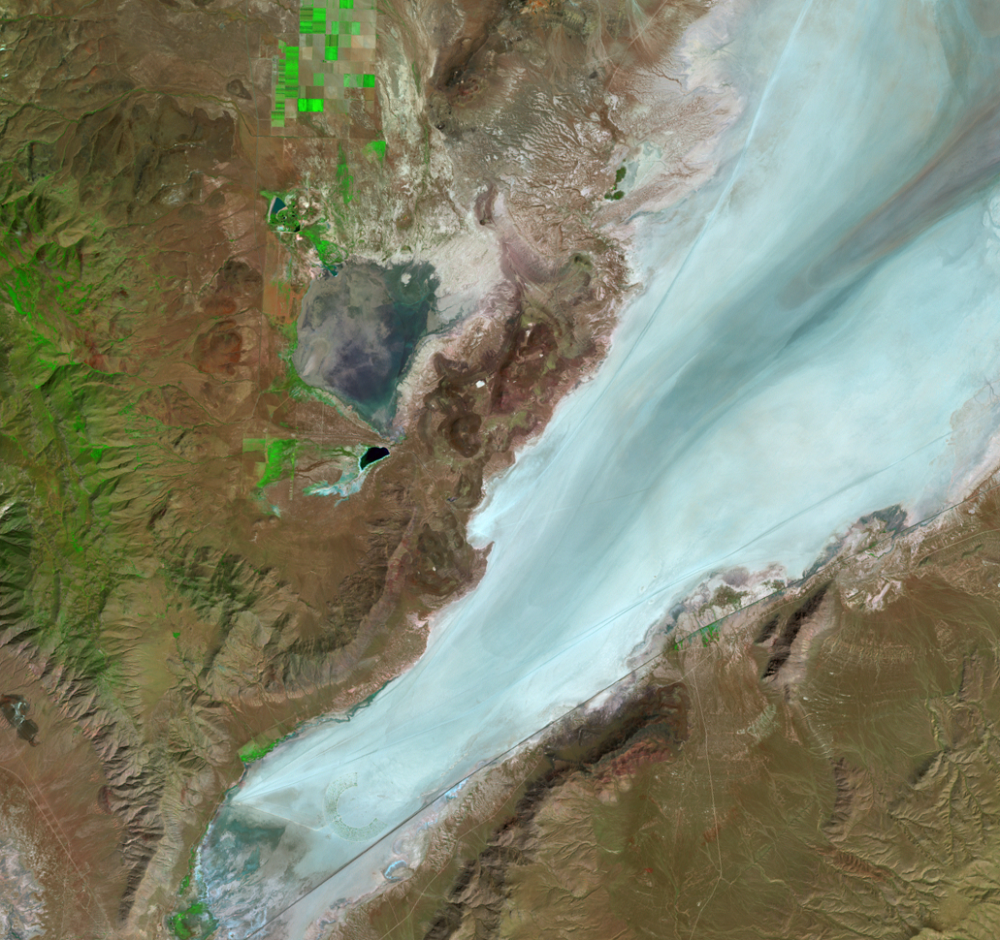 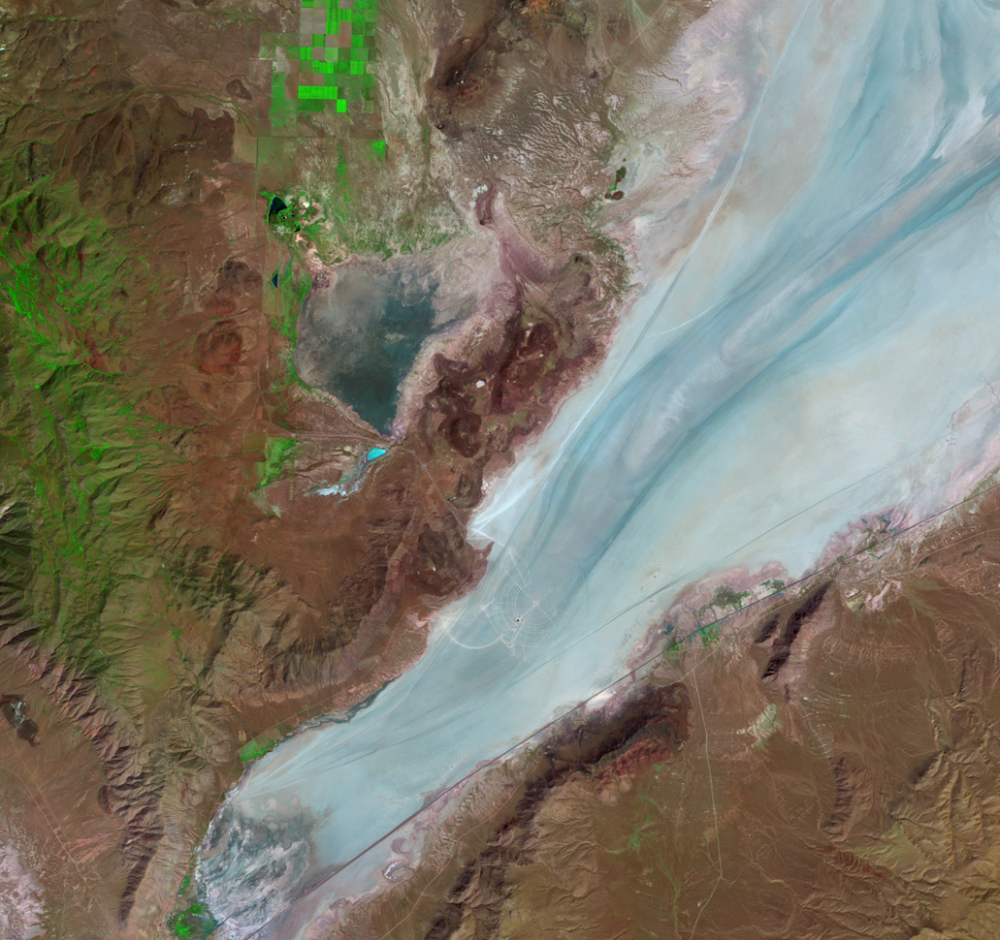 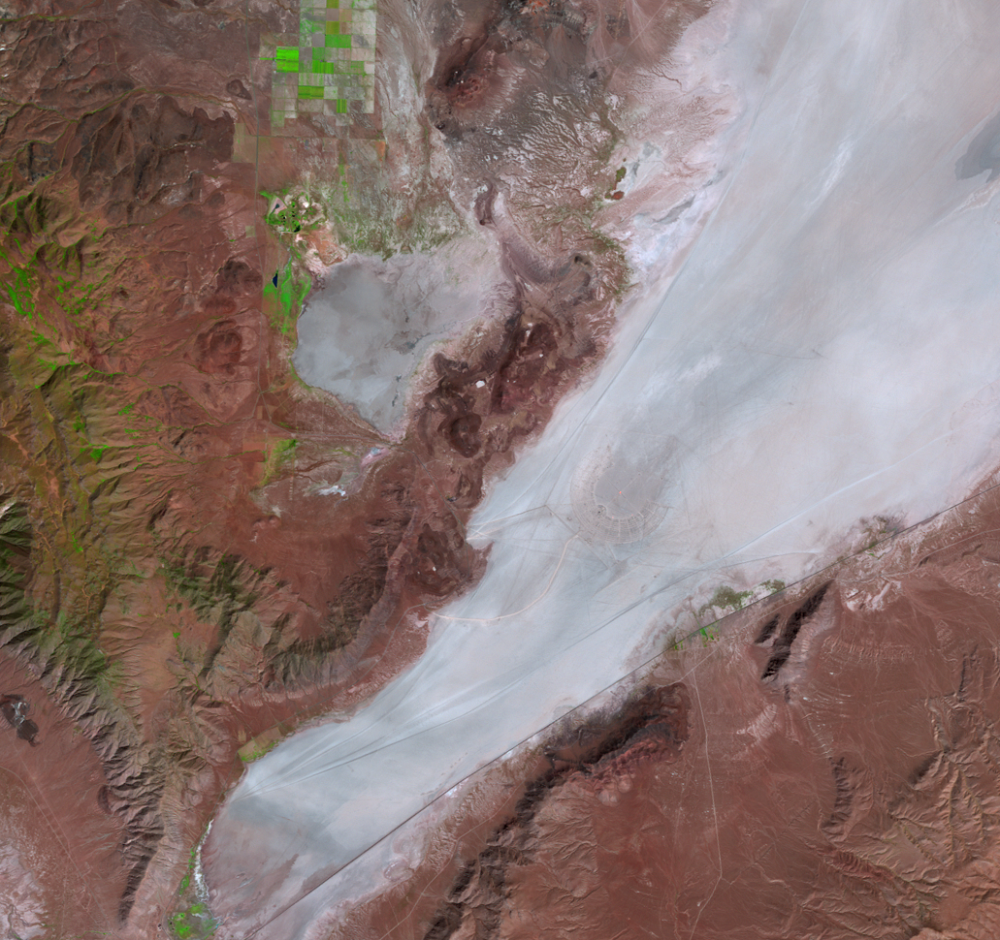 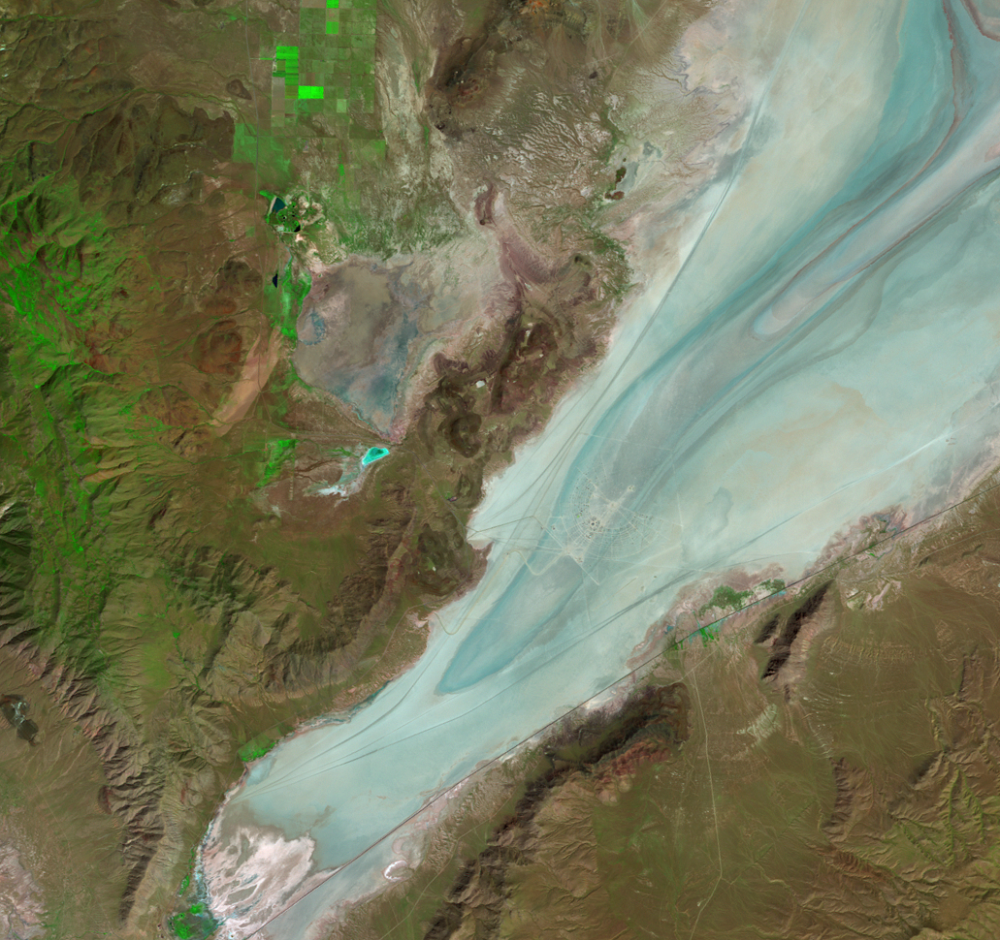 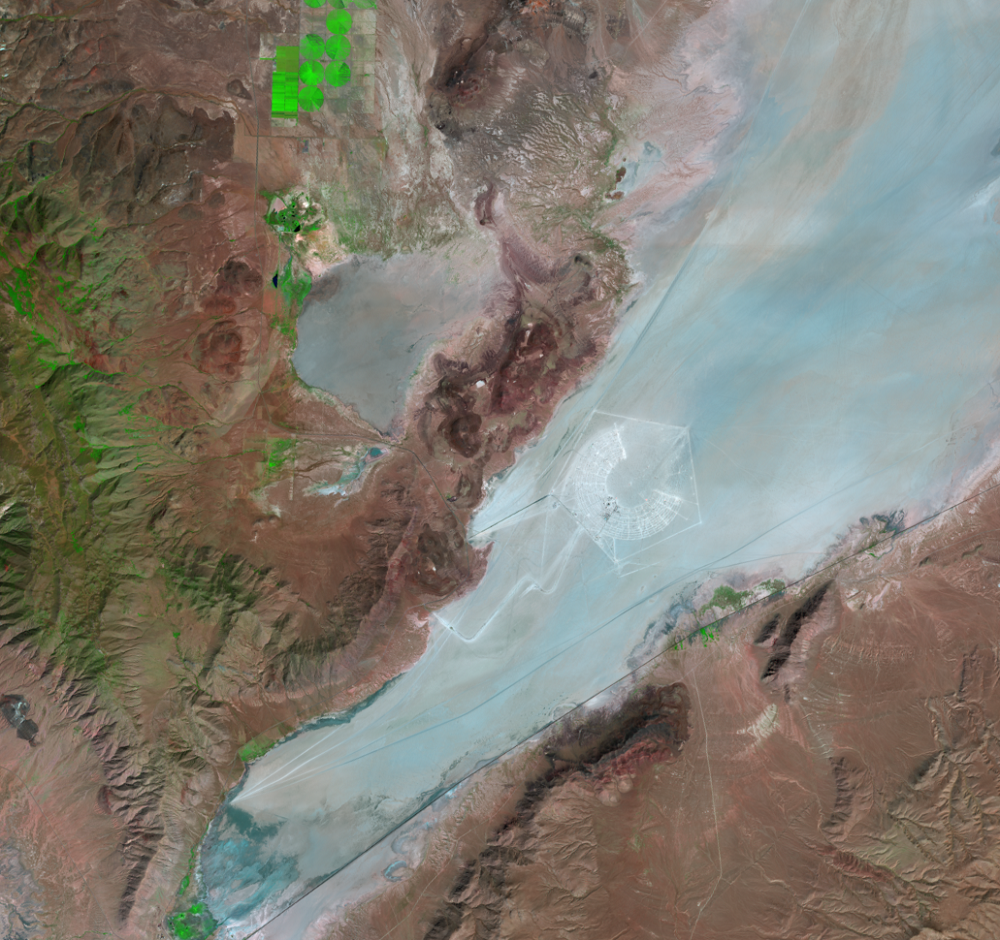 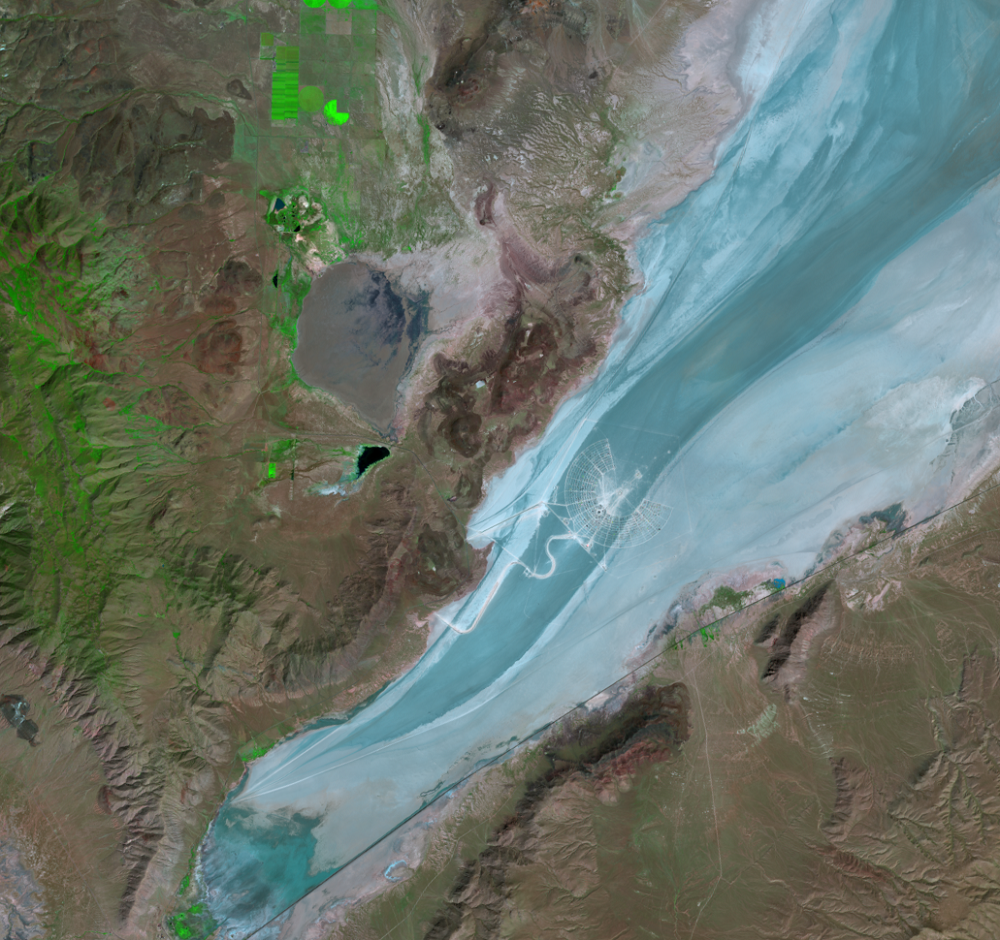 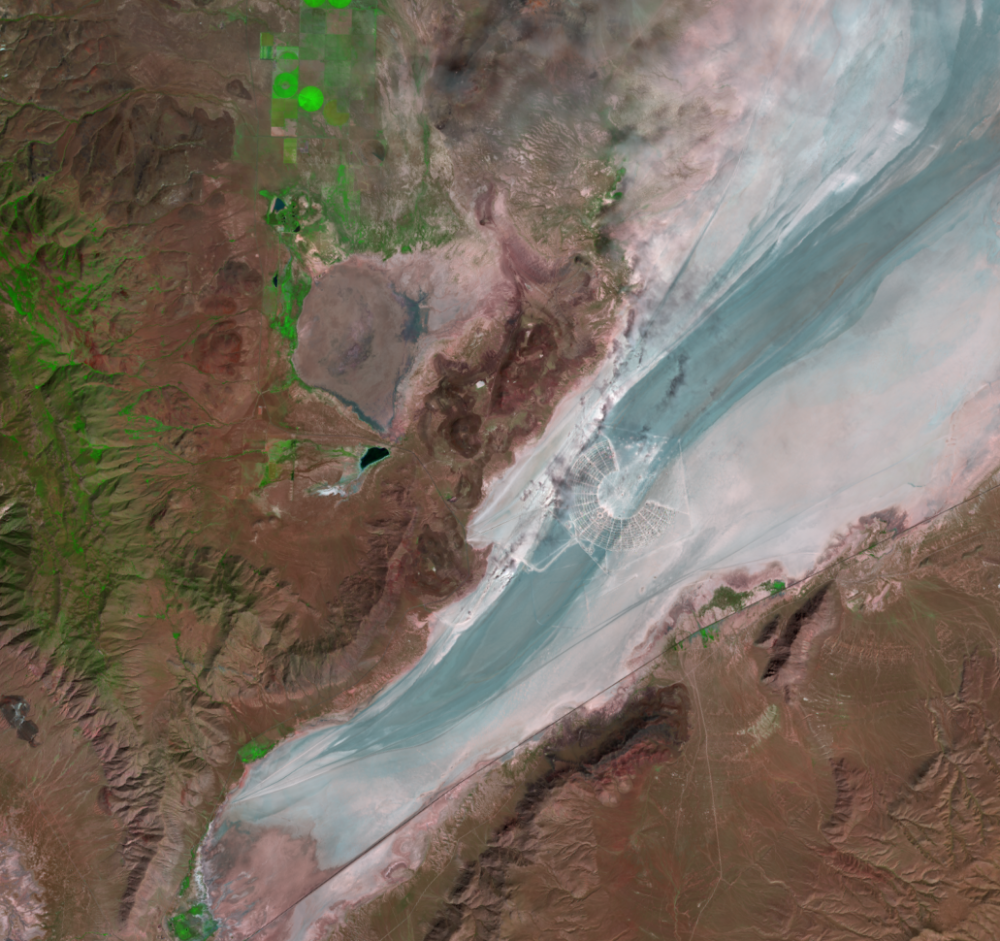 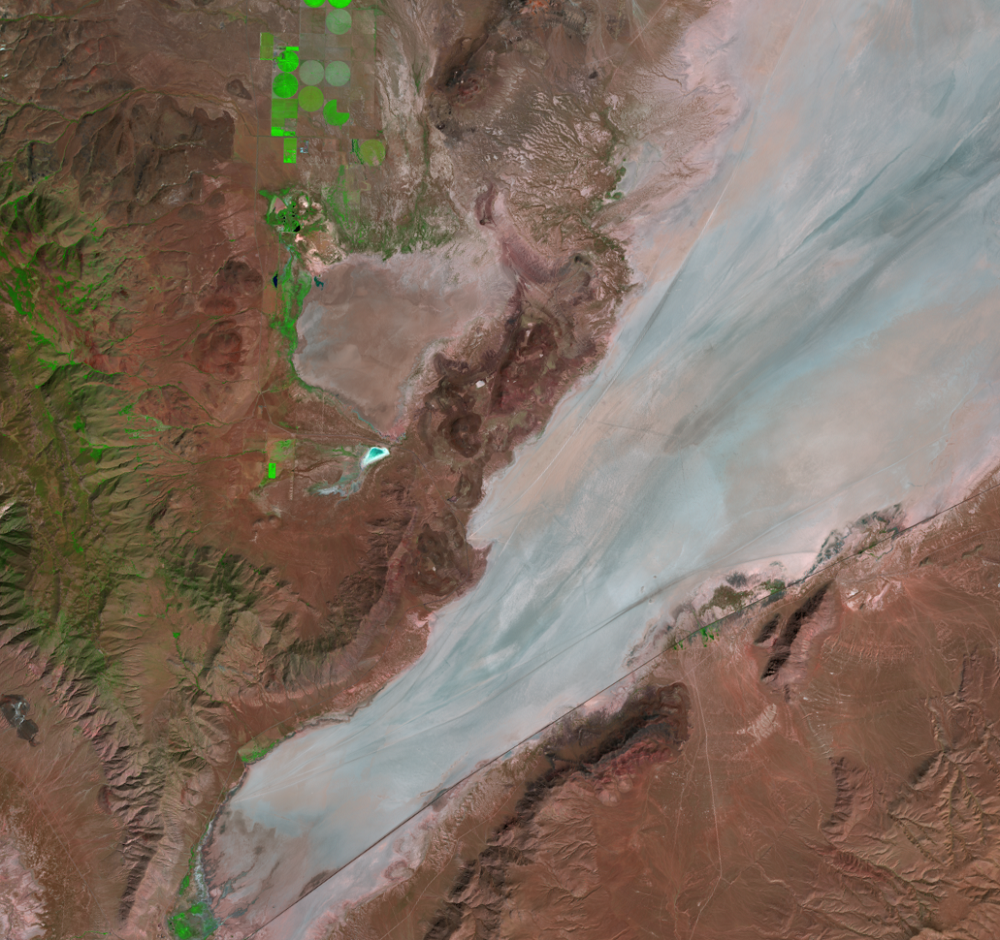 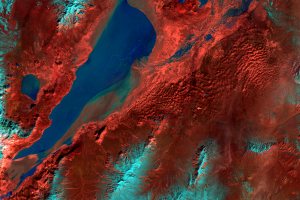 As dry and dusty as the playa is when it comes time for Burning Man in late summer, it’s often wet during winter and early spring. Mean annual precipi...