High-resolution imagery from the WorldView satellite and aerial photos show details that moderate resolution satellite imagery cannot. The result of the land loss and its effect on Isle de Jean Charles becomes clear in these images.

The loss of land in southern Louisiana has several causes.

The saltwater that washes farther inland also invades the soil and has made the area no longer good for farming. As the marshland retreats, the saltwater enters bald cypress swamp and kills the trees.

Island Road
The only road into or out of the island is the 2-mile-long Island Road. When it was built in 1953, land and marsh surrounded it. Tribal members hunted and trapped on the land around the road. It now cuts across open water. It often submerges during high tide, and erosion continues to eat away at the roadbed. 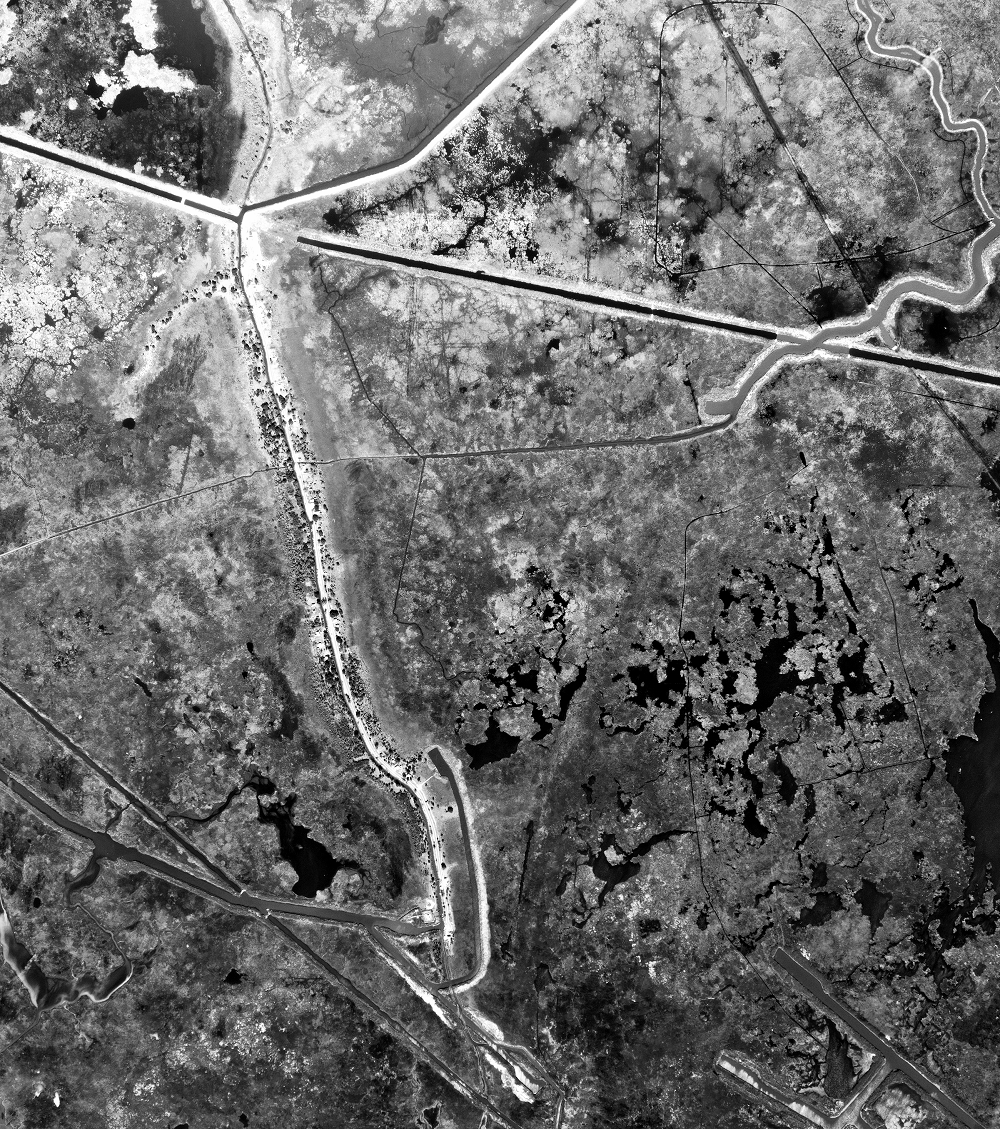 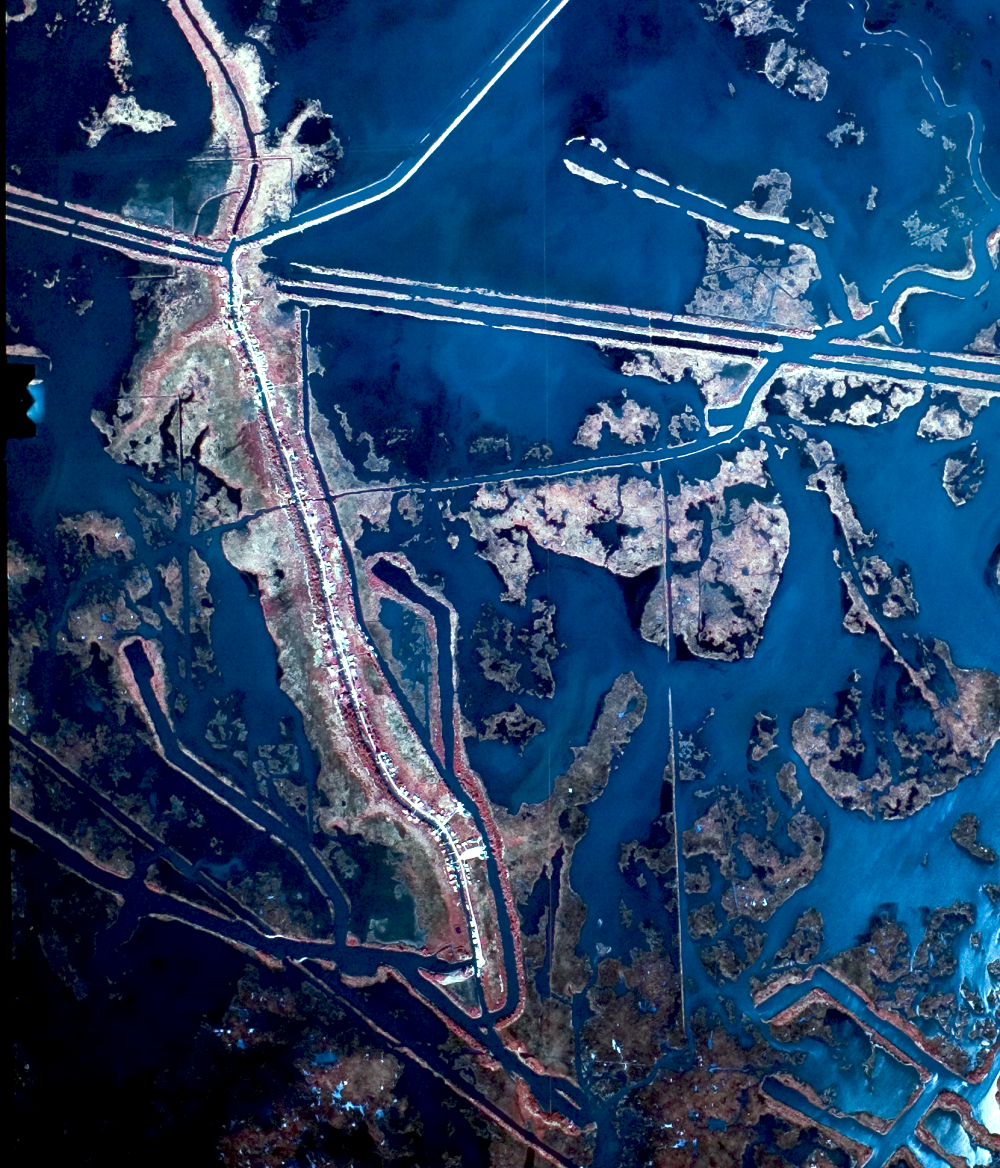 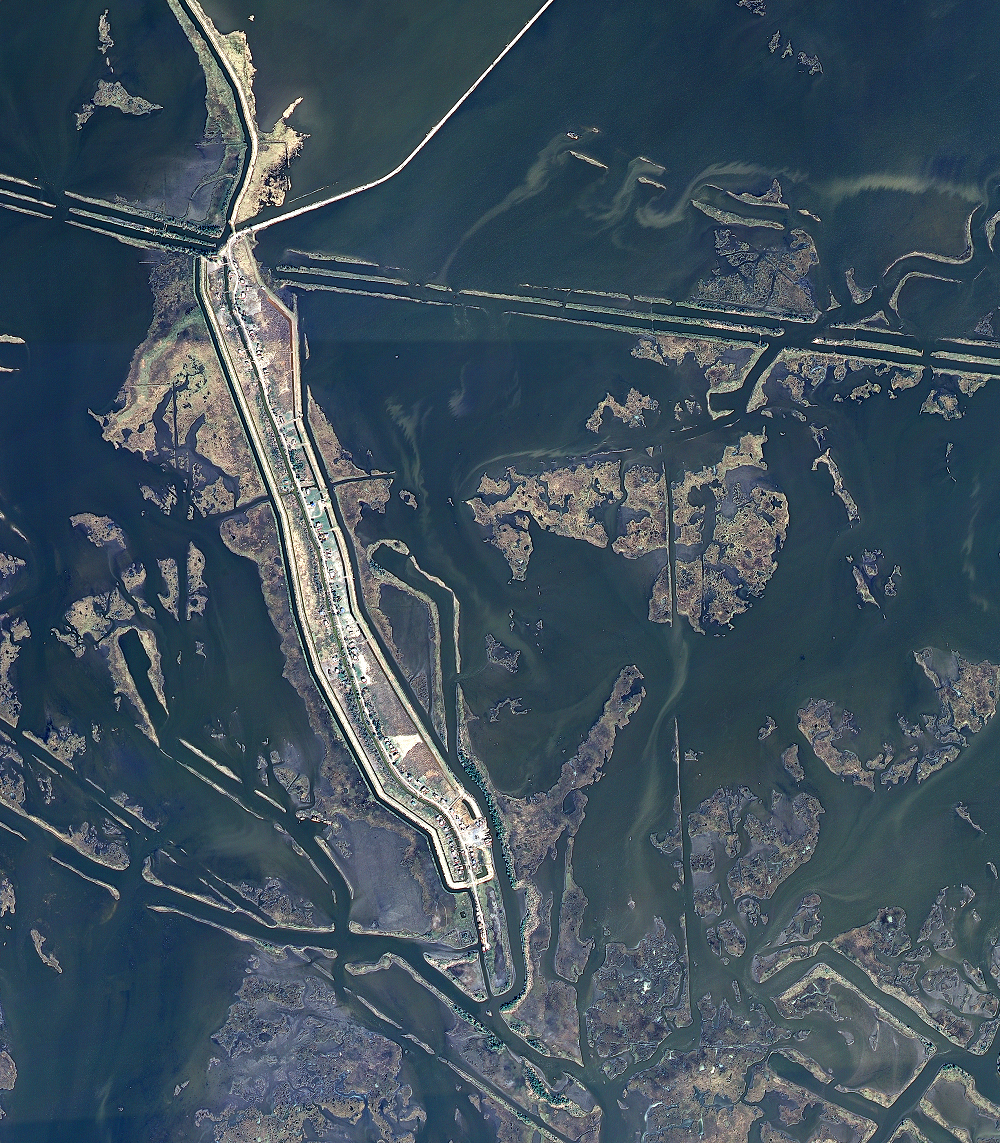 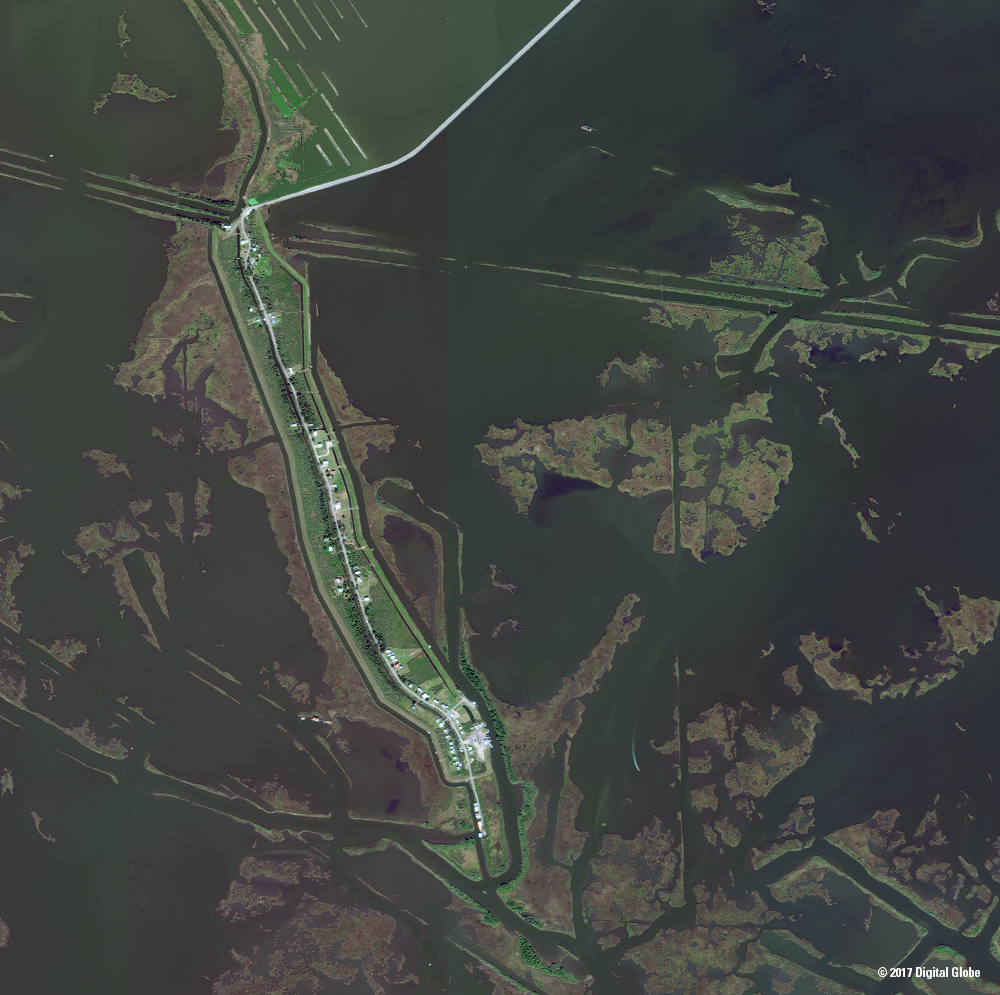 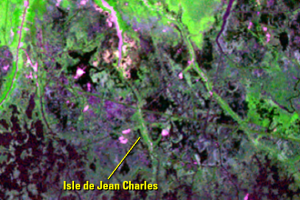