Taking a closer look at Garden City shows the expansion in area the city experienced since 1972. They also show the proximity of the city to those center-pivot irrigation circles. Four of these circles take up almost 1 square mile, or one section, of land.

Southwest of Garden City is an area absent of irrigated crops. This marks the location of the Sandsage Bison Range Wildlife Area, a reserve for many Plains natives, including an American bison herd.

Another gap in irrigated cropland is a bit to the west of the game refuge. Marked by light spots is Holcomb Station, a coal-fired power plant operated by the Sunflower Electric Power Corporation. The plant opened in 1983, so it does not appear in the 1972 Landsat image. The 362-megawatt station uses coal mined in Wyoming's Powder River Basin. 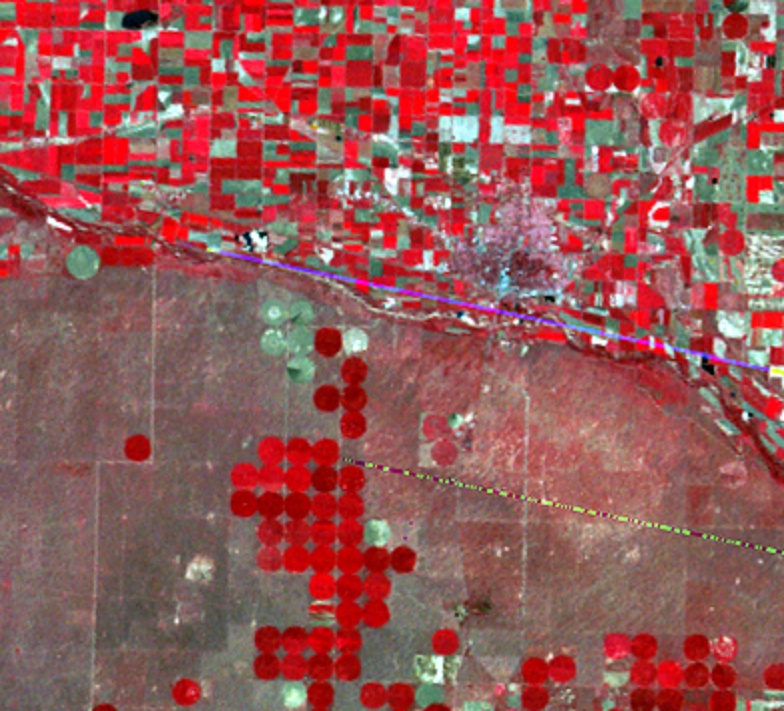 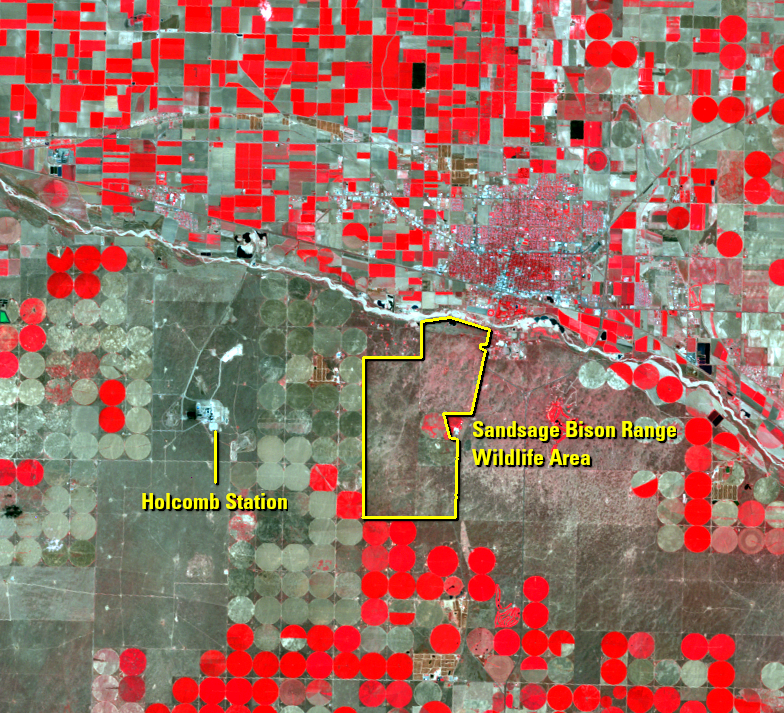 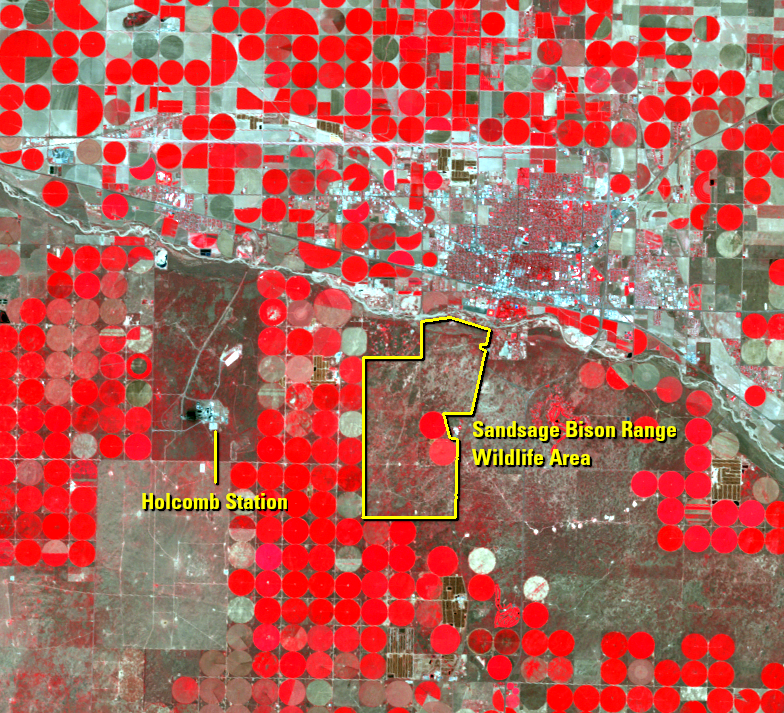 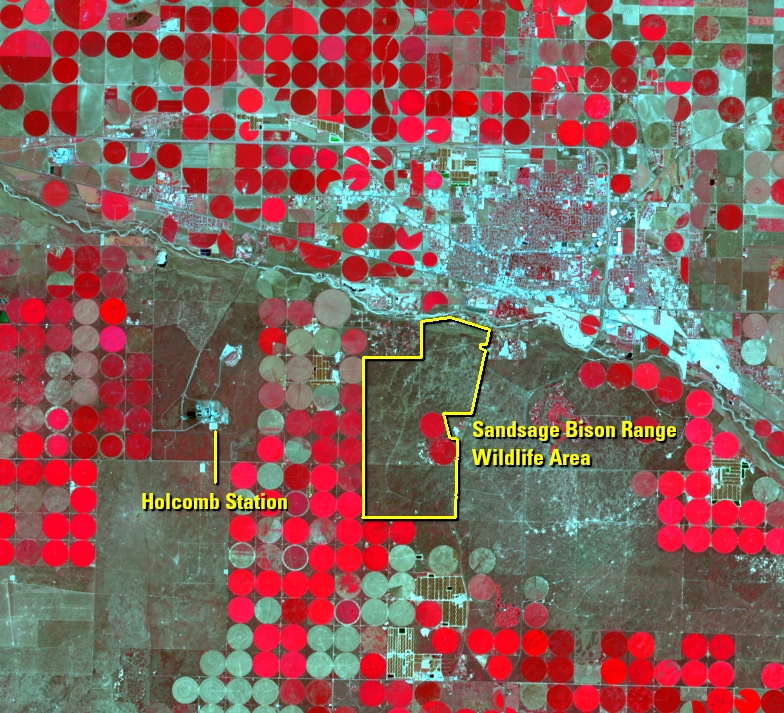 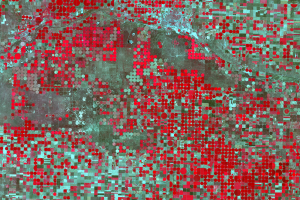 These 2021 images show the seasonal progression of the irrigated crops in this area, from around the peak of the growing season to harvest. The August...