Landsat 8’s near-infrared and shortwave infrared imaging shows the pockmarked desert, perhaps more reminiscent of other planetary bodies than Earth. The age of the craters just about spans the entire Cold War. The first underground test was November 29, 1951; the last September 23, 1992.

Despite the hundreds of tests conducted throughout the Cold War years, only about 7% of the Nevada Test Site has been disturbed.

While nuclear explosions no longer rock the site, now called the Nevada National Security Site, nuclear weapons research still takes place there based on those tests. Computer simulations can help predict what happens during explosions.

The craters have also been used as Mars analog craters. Since access to the site is restricted, the craters are relatively undisturbed. That, along with the dry climate, helps scientists better understand craters on Mars, especially the types of craters that effectively expose near-surface material that Mars rovers and drones can study. 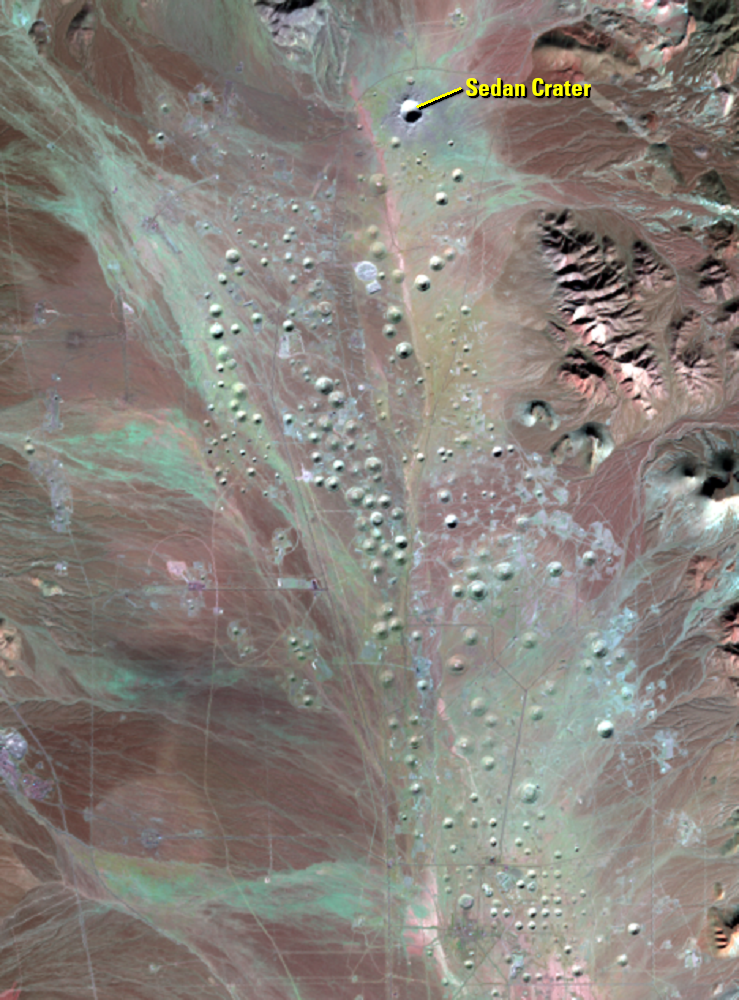 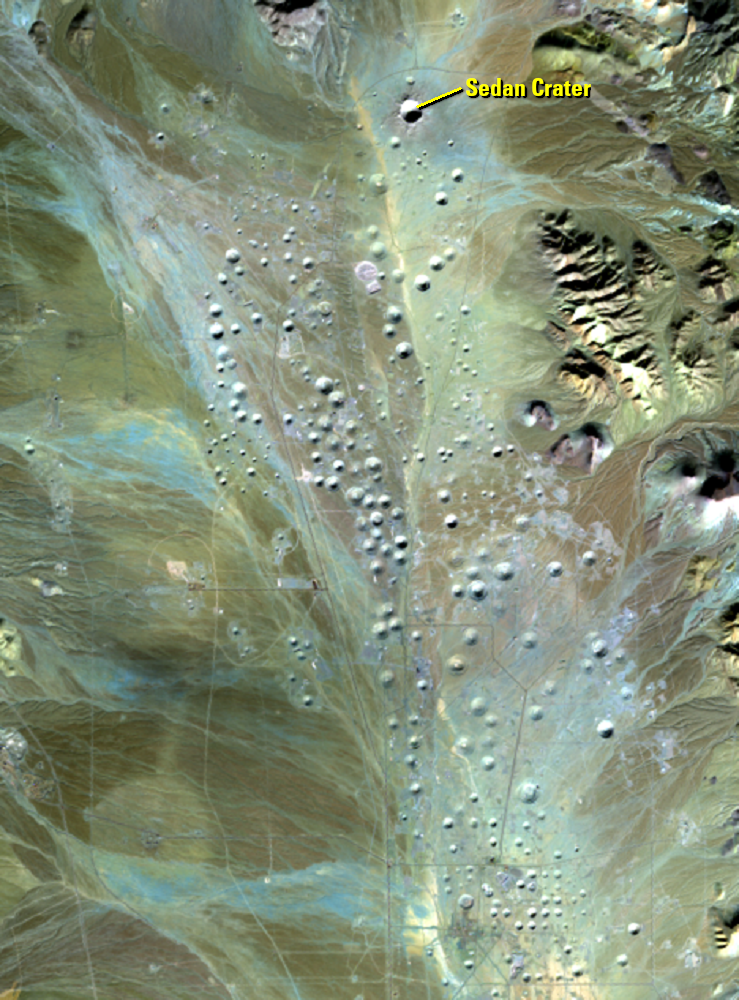 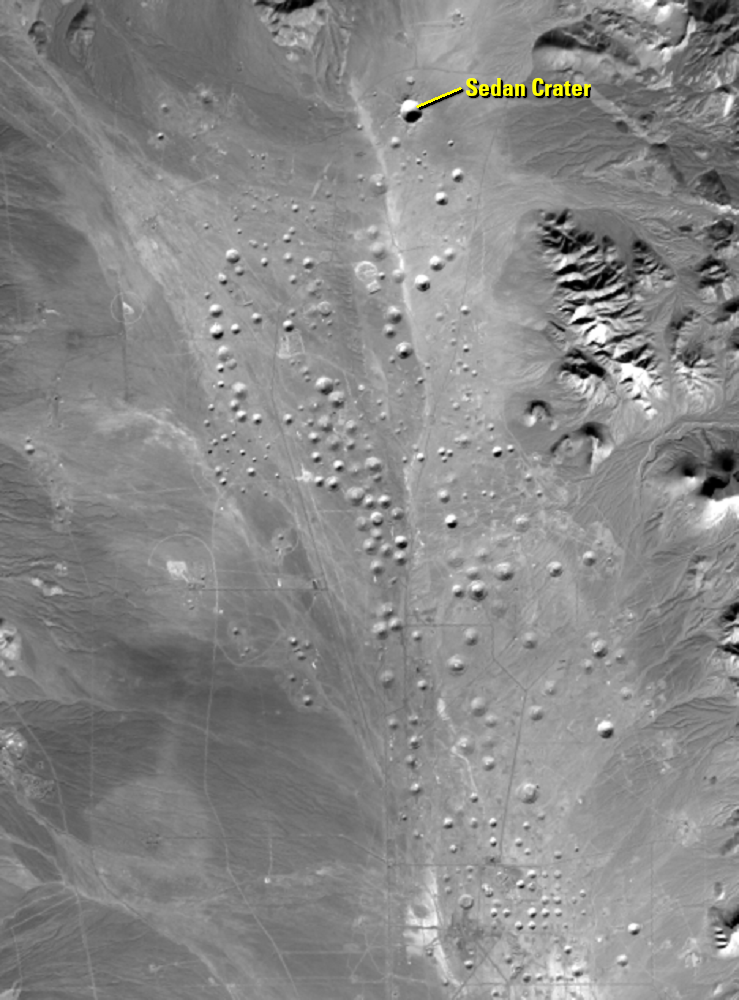 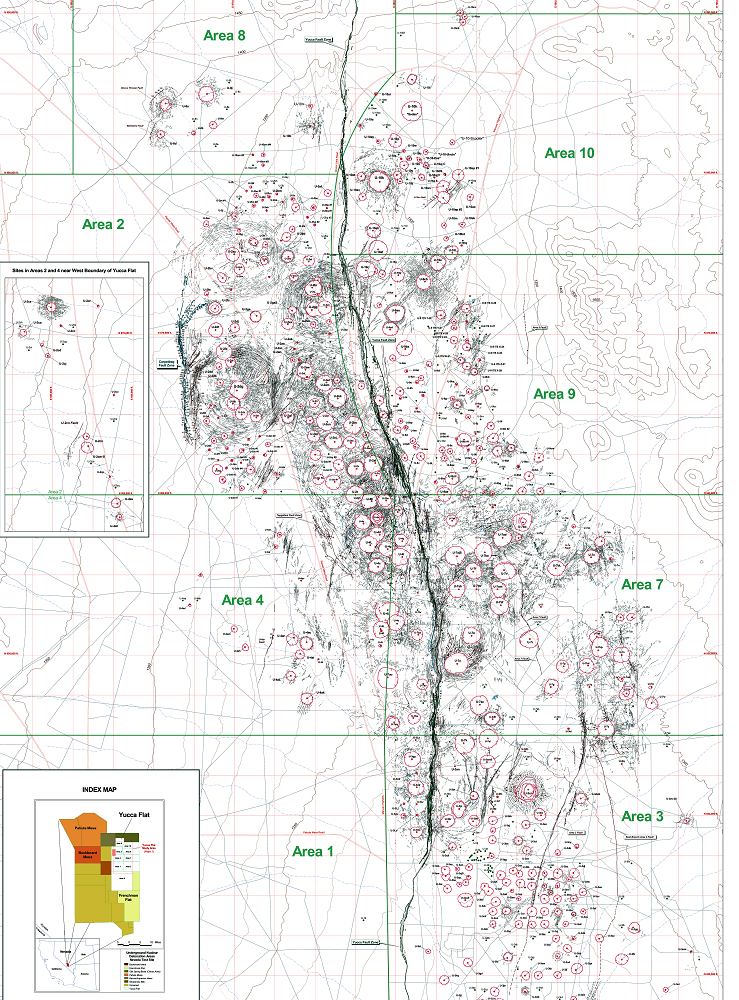 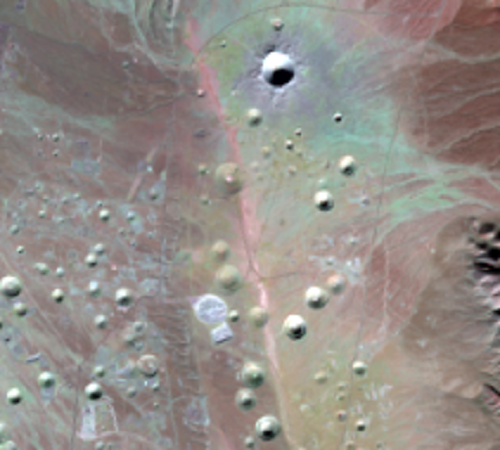 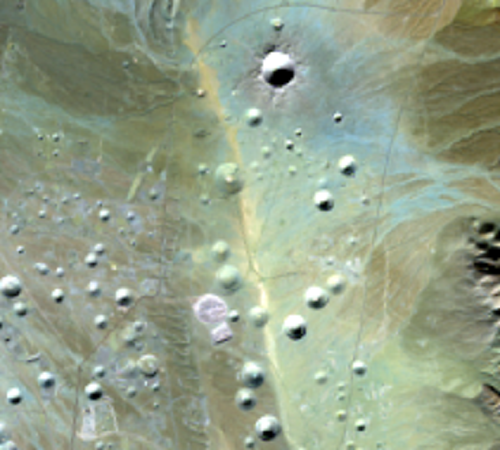 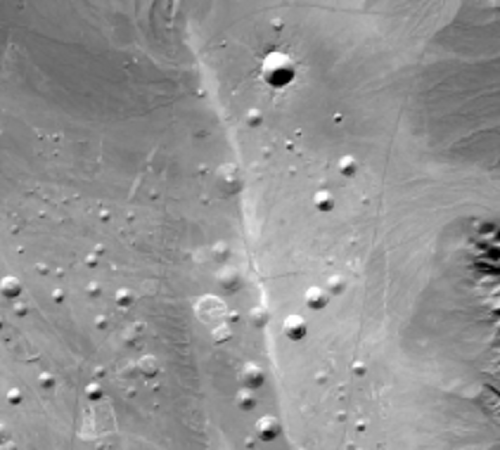 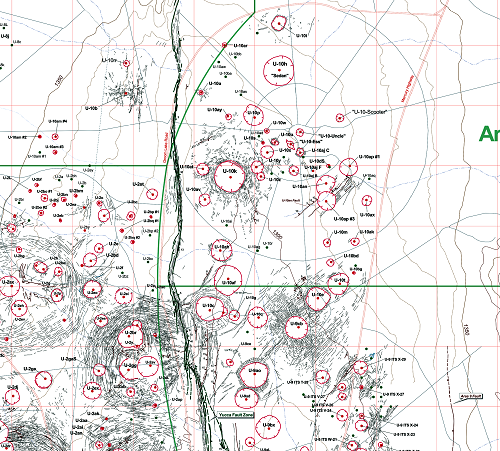 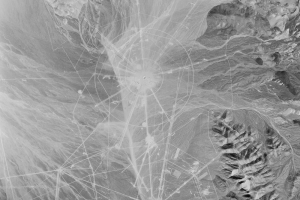 Historical images from the USGS EROS archive show the changing cratered landscape. A 1952 aerial photo shows that nuclear testing had already begun. A...