Some landscape changes around the world happen at glacial pace—very slowly—and have not been captured in the satellite era. However, glacial pace would not describe the changes to Alaska’s Columbia Glacier over the past few decades.

Columbia Glacier is a large tidewater glacier that flows south out of the Chugach Mountains in Alaska to Prince William Sound. Since 1980, its terminus has retreated 20 kilometers to make it one of the most rapidly changing glaciers in the world.

When it was surveyed by British explorers in 1794, Columbia’s terminus was at the northern edge of Heather Island. It stayed there until 1980, when its current rapid retreat began. A 300-meter deep fjord now replaces the portion of the valley once occupied by the glacier.

This series of Landsat images shows the rapid retreat, including an acceleration of the retreat in the early 1990s, followed by slowdowns in 1994–1997 and 2000–2006. It has picked up the pace of retreat again since 2006. Columbia has also become narrower, as shown by the expansion of bedrock areas in the images.

The false-color images use shortwave-infrared, near-infrared, and green wavelengths to highlight these changes, where snow and ice appear cyan, vegetation is green, open water is dark, and exposed bedrock is brown.

Why this matters
Land-based ice flowing into the ocean from tidewater glaciers is a leading cause of sea level rise. A 2015 study found that Columbia Glacier sent about 4 gigatons (billions of tons) of ice into the ocean every year from 1994 to 2013. An increasing rate of iceberg calving can also pose a danger to ships in shipping lanes. 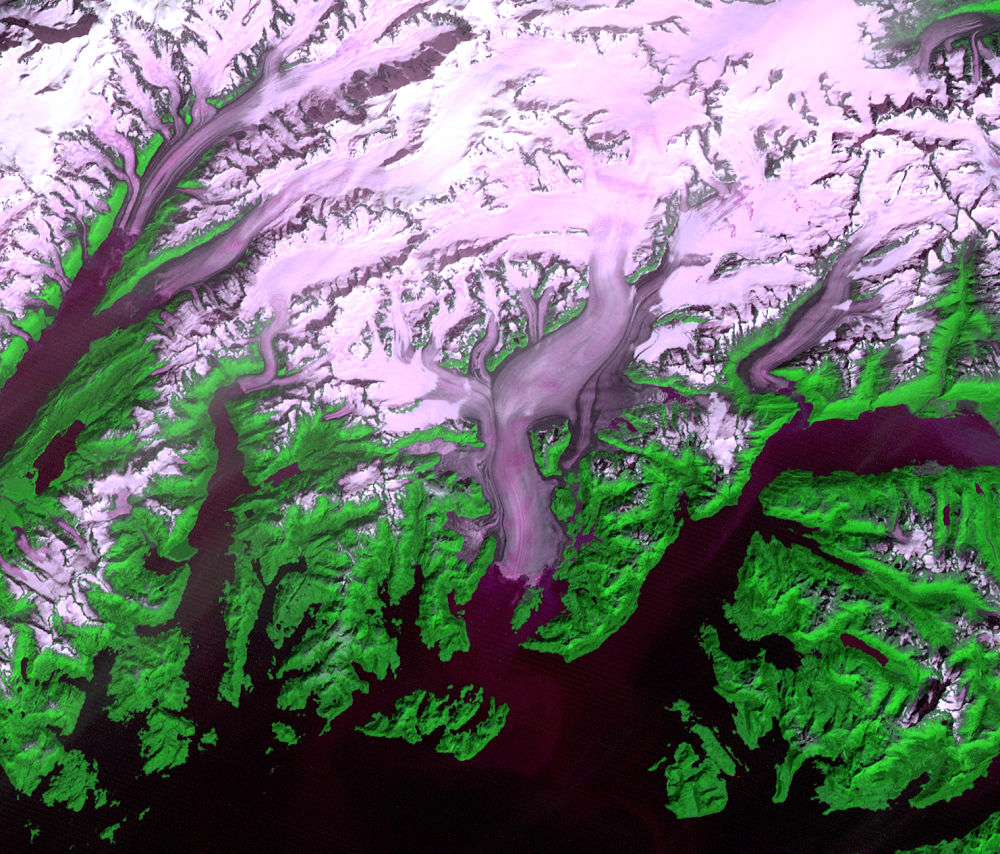 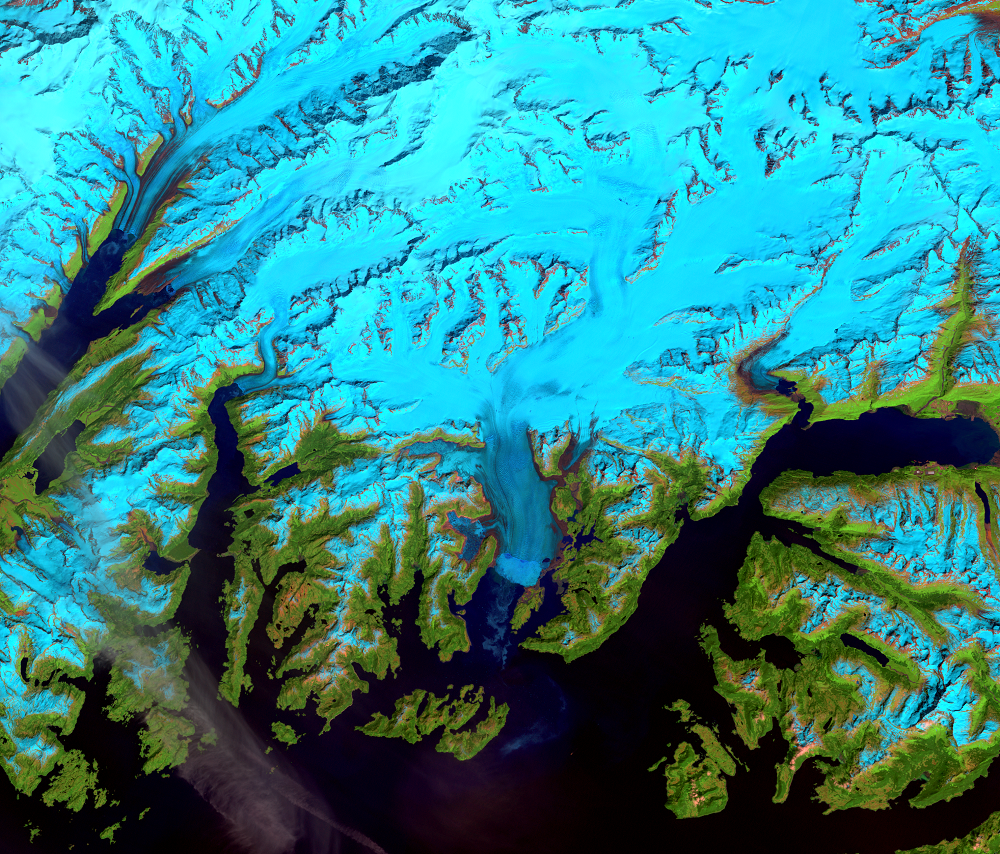 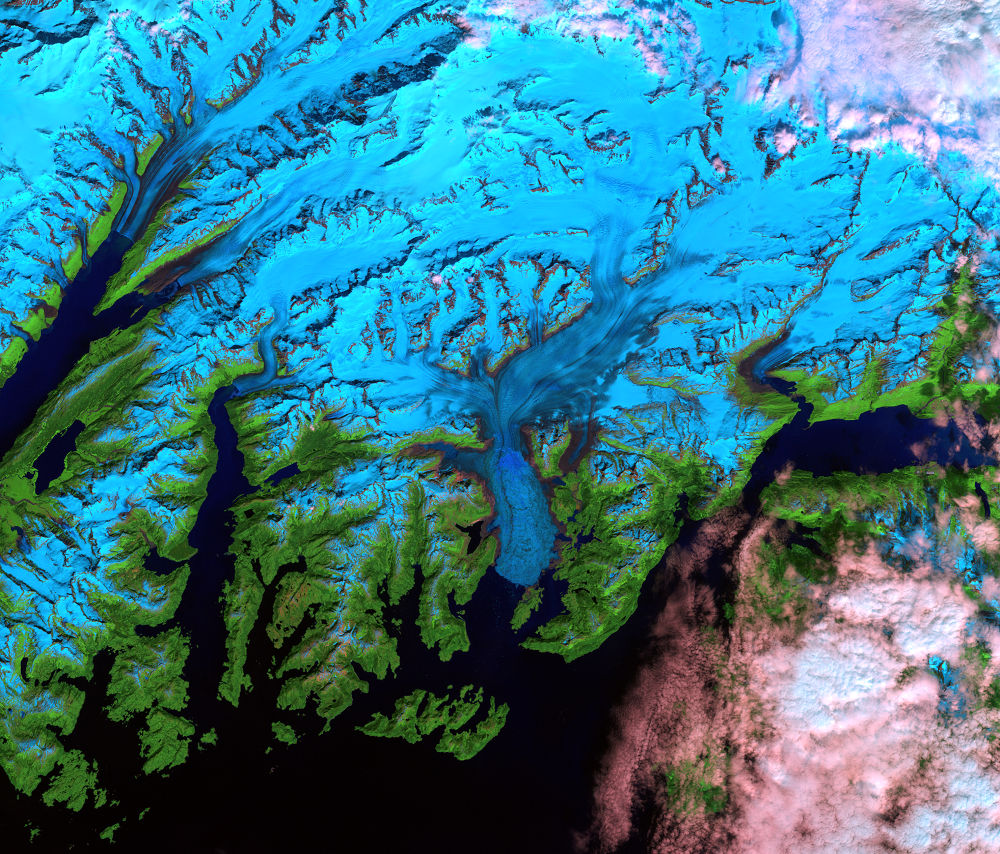 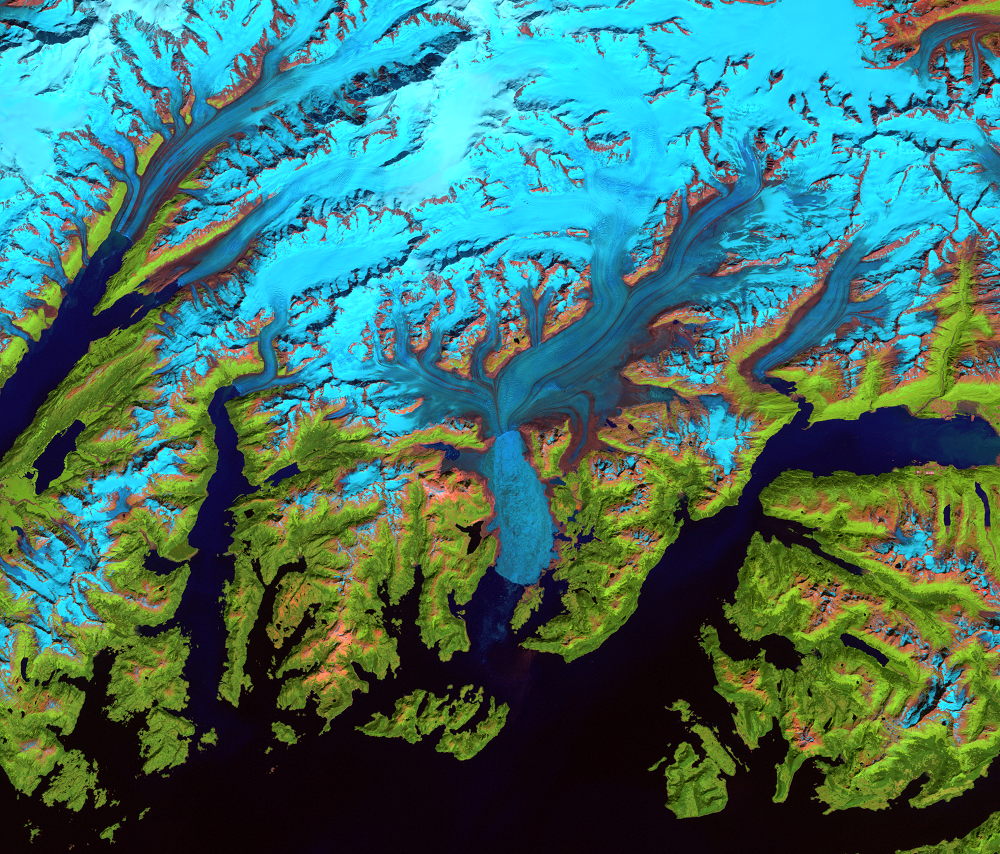 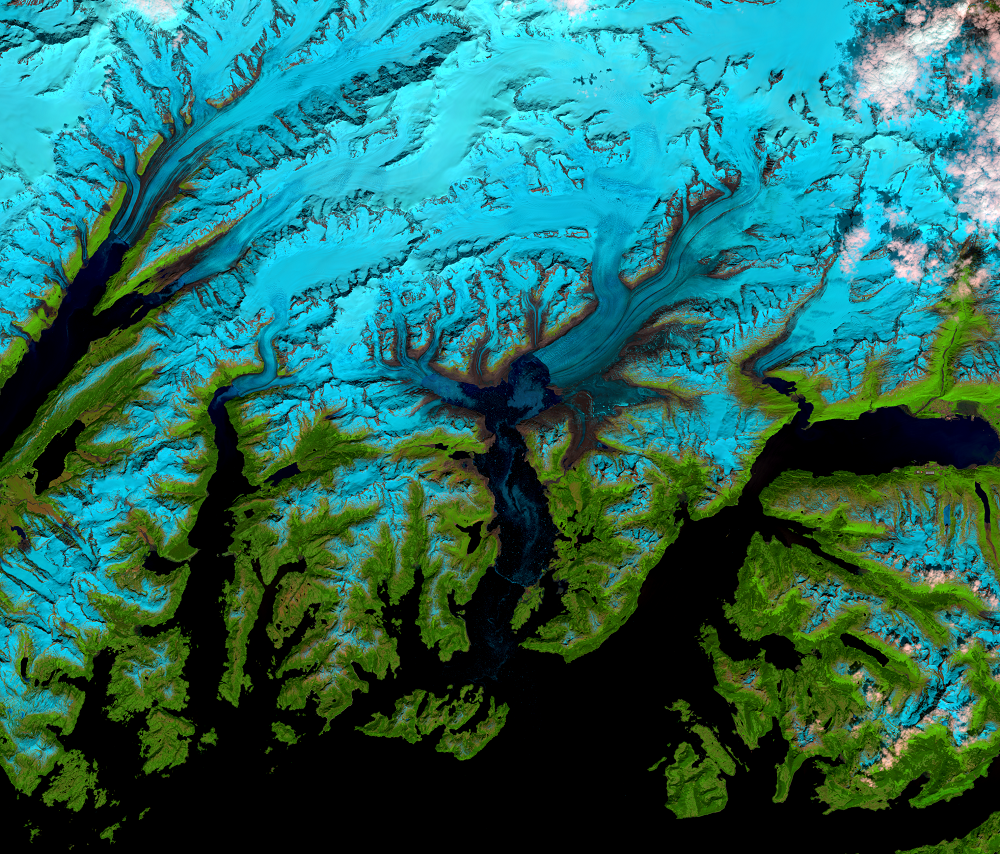 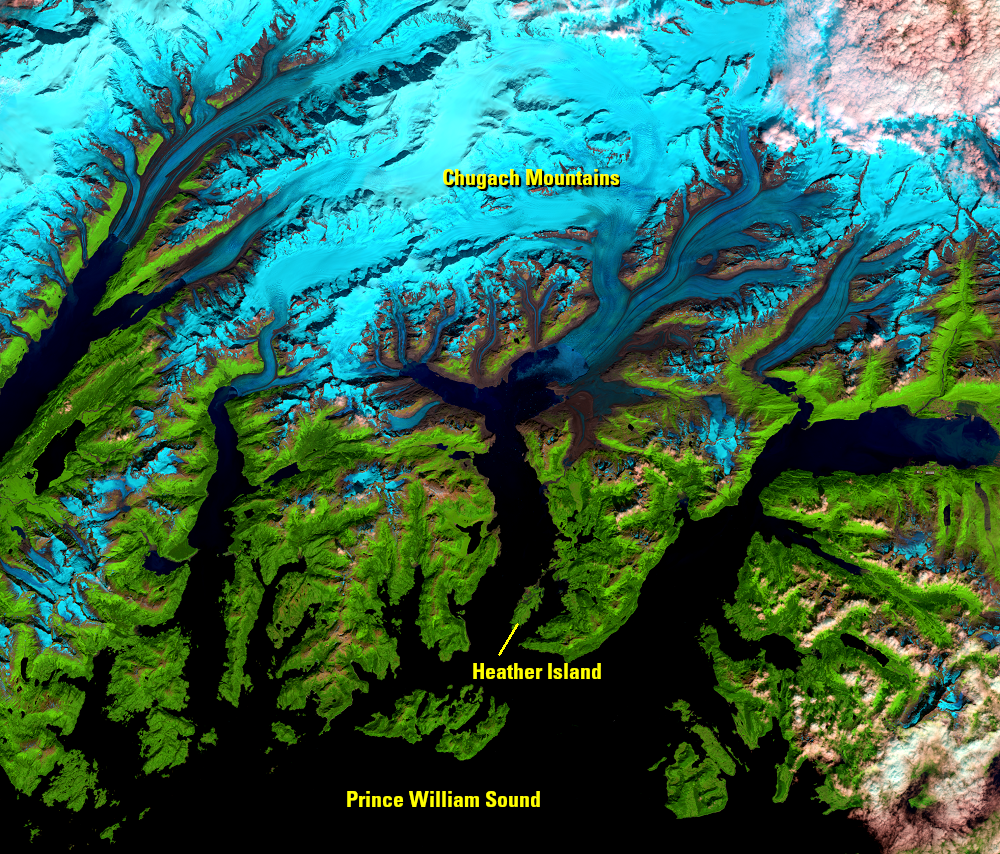 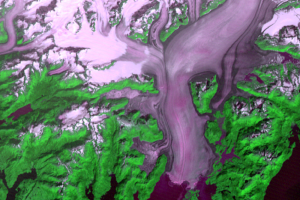 Landsat images show chunks of ice floating on the surface of the water as Columbia Glacier retreats. These icebergs have broken off, or calved, from t... 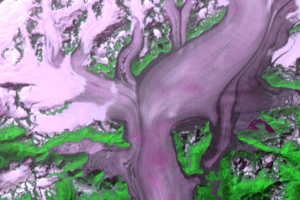 Air temperature increases can bring about long-term loss of ice mass from a tidewater glacier. An increase of less than 2 degrees Celsius over the mea...