These close-up images from Landsat show the Seno Plain in a bit more detail. The images were acquired during the dry season, so crops were not growing at the time. However, the images do show evidence of how intensely the land was being used for agriculture, indicated by the lighter toned patterns. As in the wider views, the Bandiagara escarpment is the feature on the left of these images.

The 1972 image shows that farmers practiced crop rotation, leaving some land fallow. The fallow fields are represented by dark patches. In 1986, however, much of the fallow is gone, and there is even less of it by 2016. Bright areas dominate the 2016 image, indicating wall-to-wall cropland over the plain. The darkest patches are grassy fallow areas and are either protected lands or used for cattle grazing. 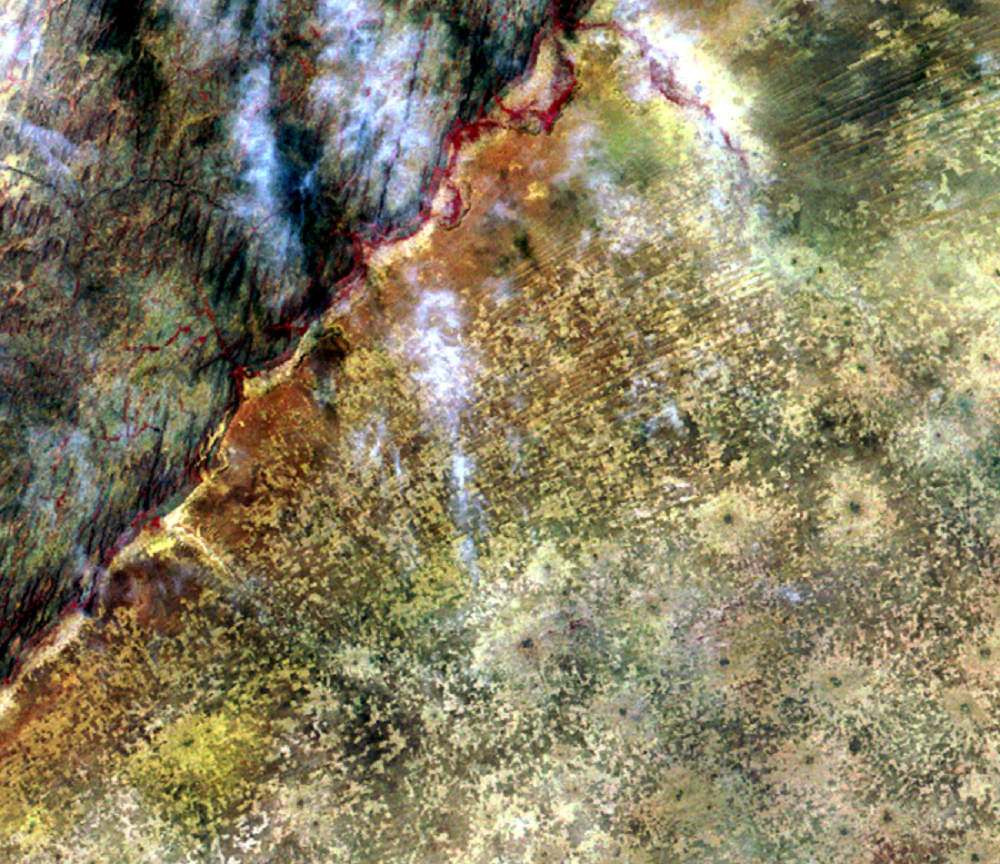 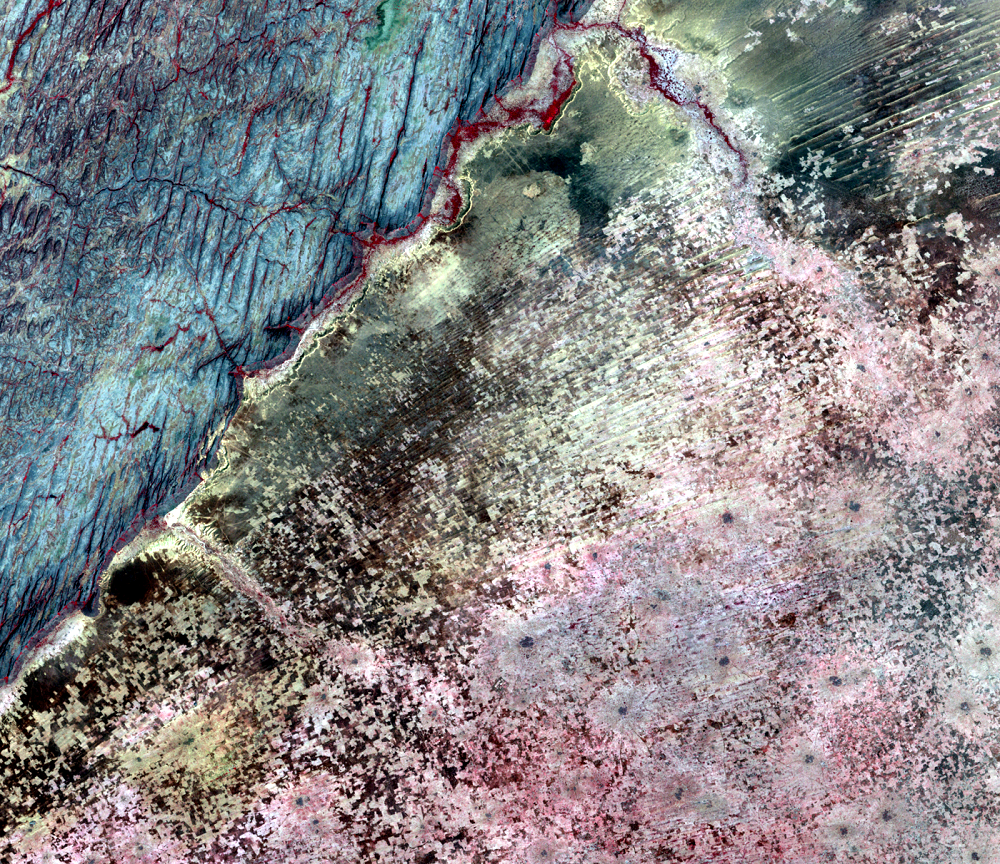 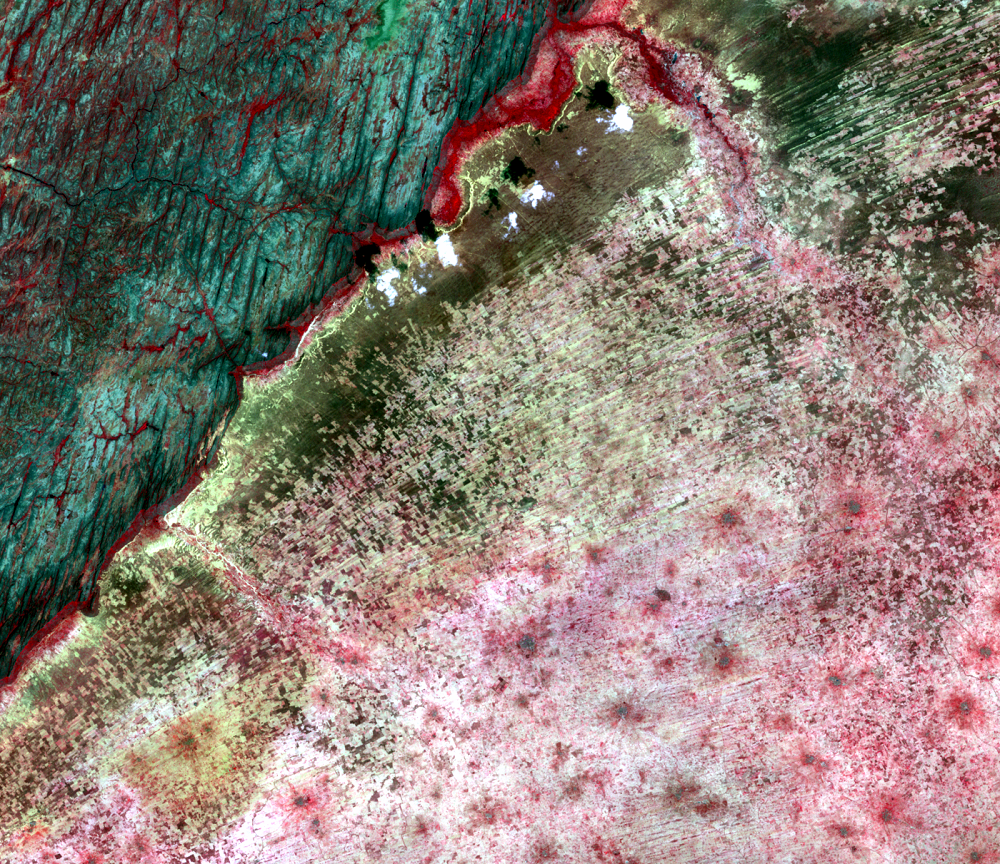 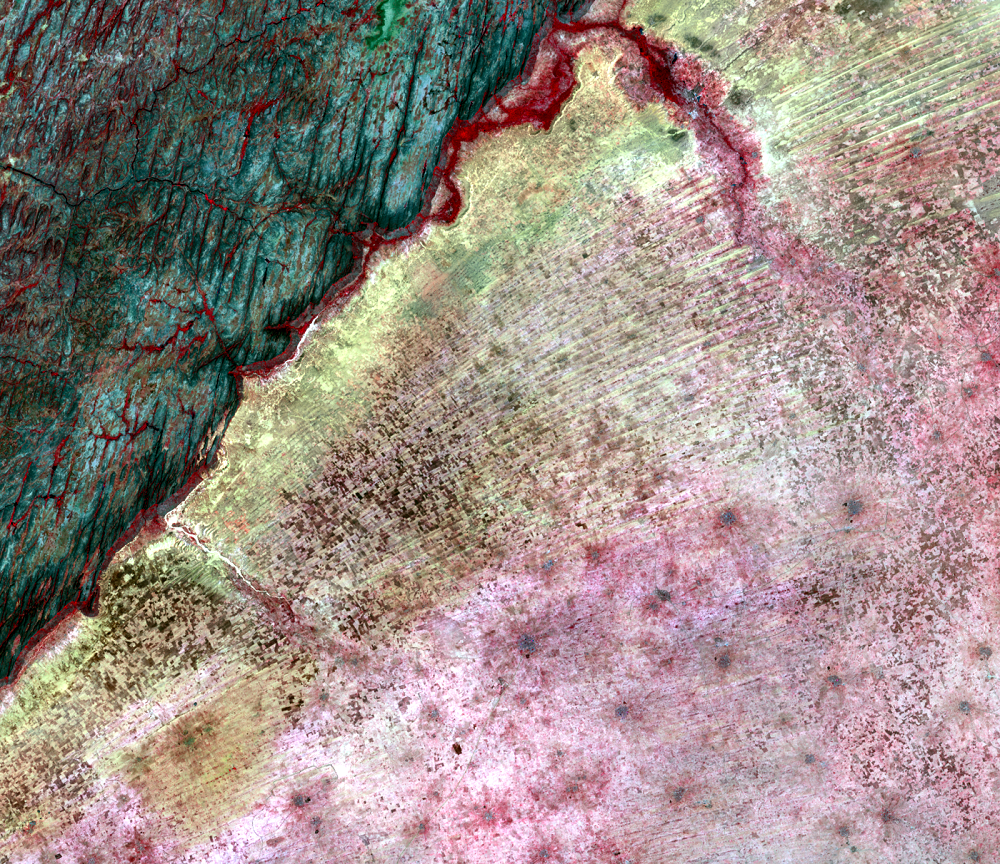 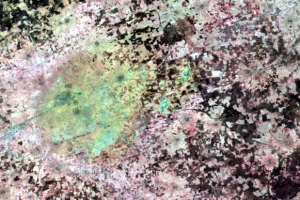 Some of the dark lines in the images might look like roads. Those lines are a transportation network of sorts, just not transportation for people. The... 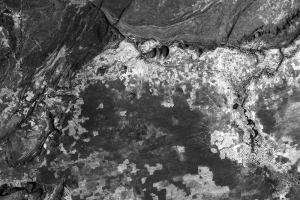 To get an even more detailed view of this region, we can actually go back to satellite imagery from 1967. This pre-Landsat imagery, while black-and-wh... 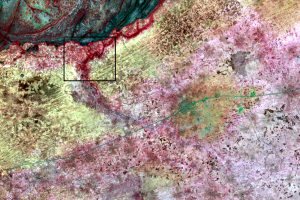 On the edge of the Seno Plain, up against the Bandiagara escarpment, a brighter red appears in a few areas. This is denser tree cover and vegetation n...