Dallas-Fort Worth International Airport, between Dallas and Fort Worth, opened the year of the first Landsat image shown here, 1974. A new runway added after 1974 can be seen west of the airport in the 1989 image. The north-south runway on the east side opened in 1996 and appears in images from 2000 and later. The airport covers almost 30 square miles, making it the second largest airport in the United States. 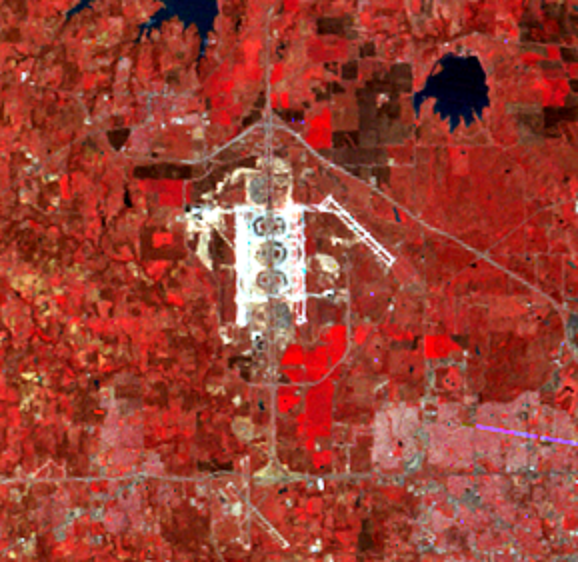 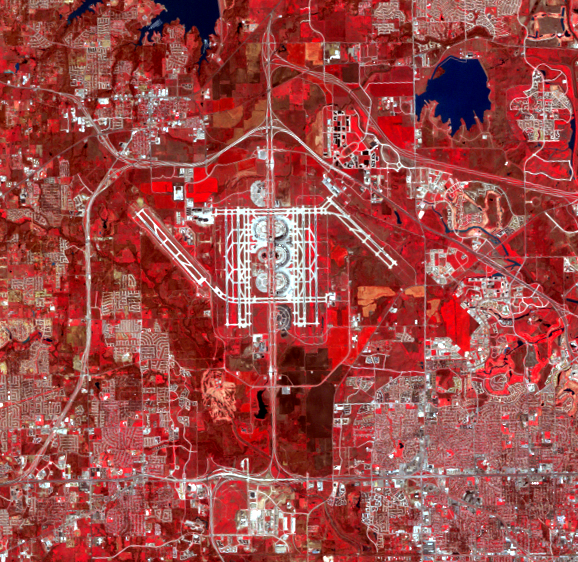 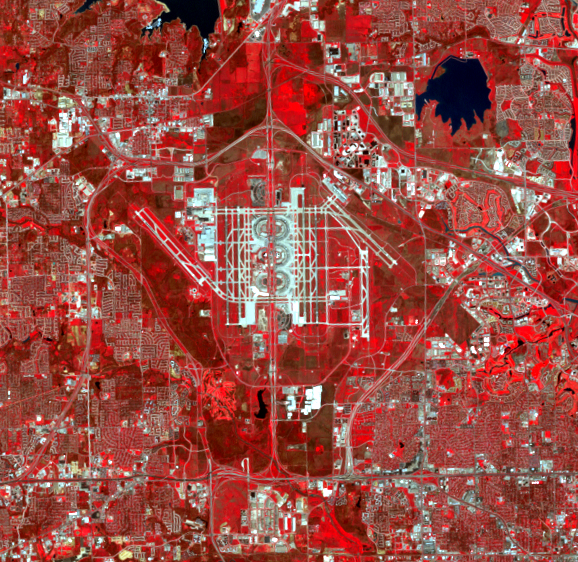 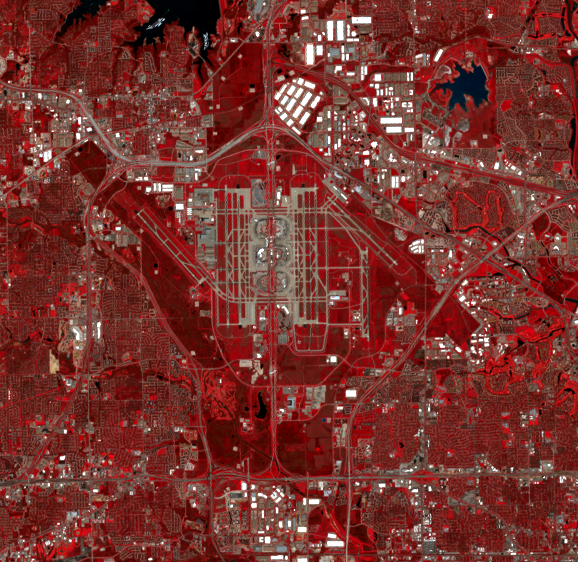 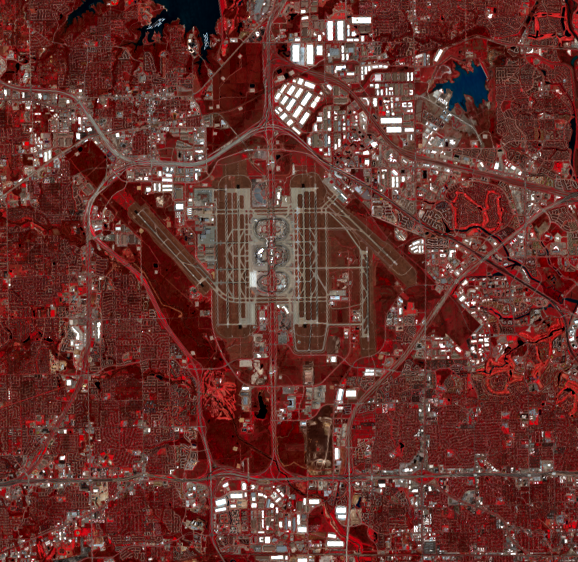 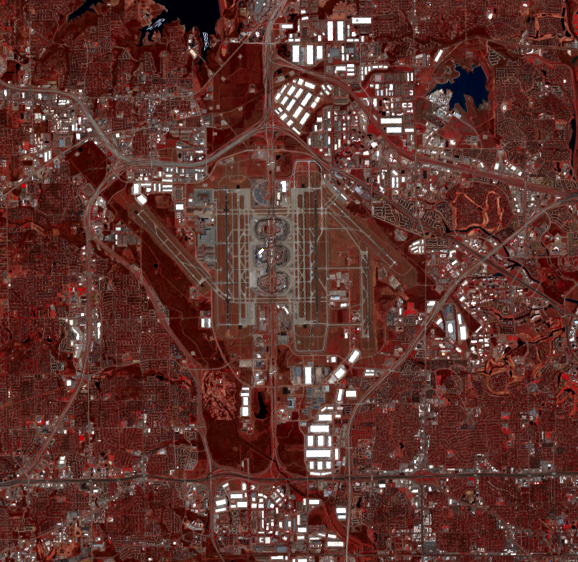 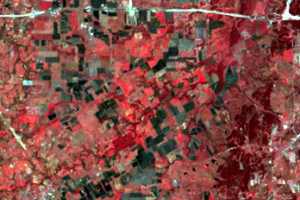 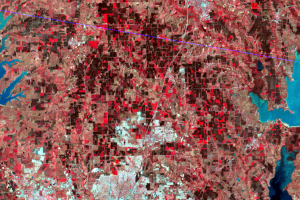 Over the last few decades, Dallas’ urban/suburban areas have expanded rapidly by consuming arable land in the countryside. The city is expanding in al...