Every year in Bolivia, a swath of forest two-thirds the size of Delaware is cleared of trees. Most of this deforestation has taken place in lowlands along and east of the Rio Grande River.

Compared to most Amazon soils, the alluvial soils in these lowlands are very fertile. The flat landscape is relatively easy to clear. And rain forests have an abundance of one obvious thing important to farming—rain. Besides that, the area is close to a large market and distribution center, the city of Santa Cruz, which lies just outside of these images, about 7 kilometers off to the southwest. One more benefit to the land owners: when farmland becomes too eroded or compacted for crops, farmers change to cattle production.

Until the 1970s, sugarcane was the major crop near Santa Cruz. By the 1980s, the price for soybeans increased. Today, sugarcane is still an important crop, but industrial soybean production has become the most common crop.

Different deforestation geometries reveal different types of agricultural management. Most noticeable might be the groups of long rectangles, which are large-scale agricultural operations. These areas require large capital investments, use heavy machinery to prepare the land, and involve intensive production of annual cash crops, mainly soybean, sugarcane, and rice. Dark strips within these fields are windbreaks, needed because the soils in the area are fine and prone to wind erosion.

The radial-shaped patterns are planned settlements called nucleos. The individual farms radiate outward from a central hub, which is communal land. Most of these settlements are located in the large area of colonization visible in the northwest part of the main images, the San Julian area. There are a few others; see if you can find them in the later images. 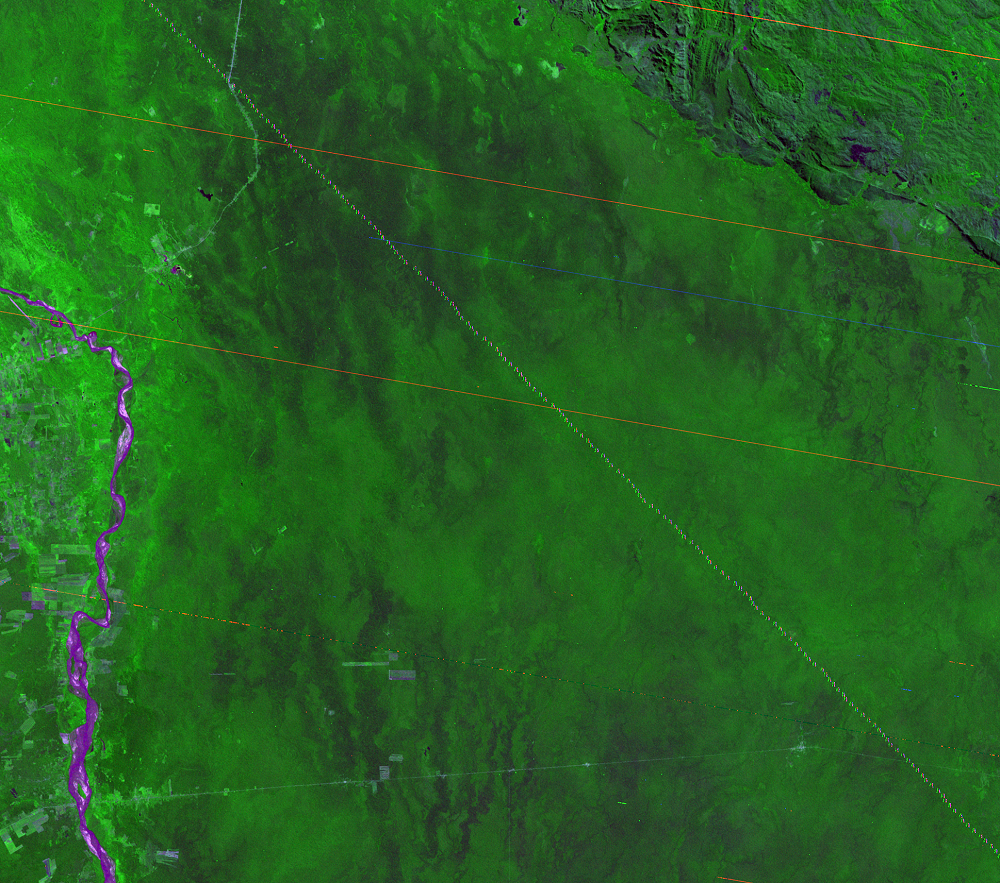 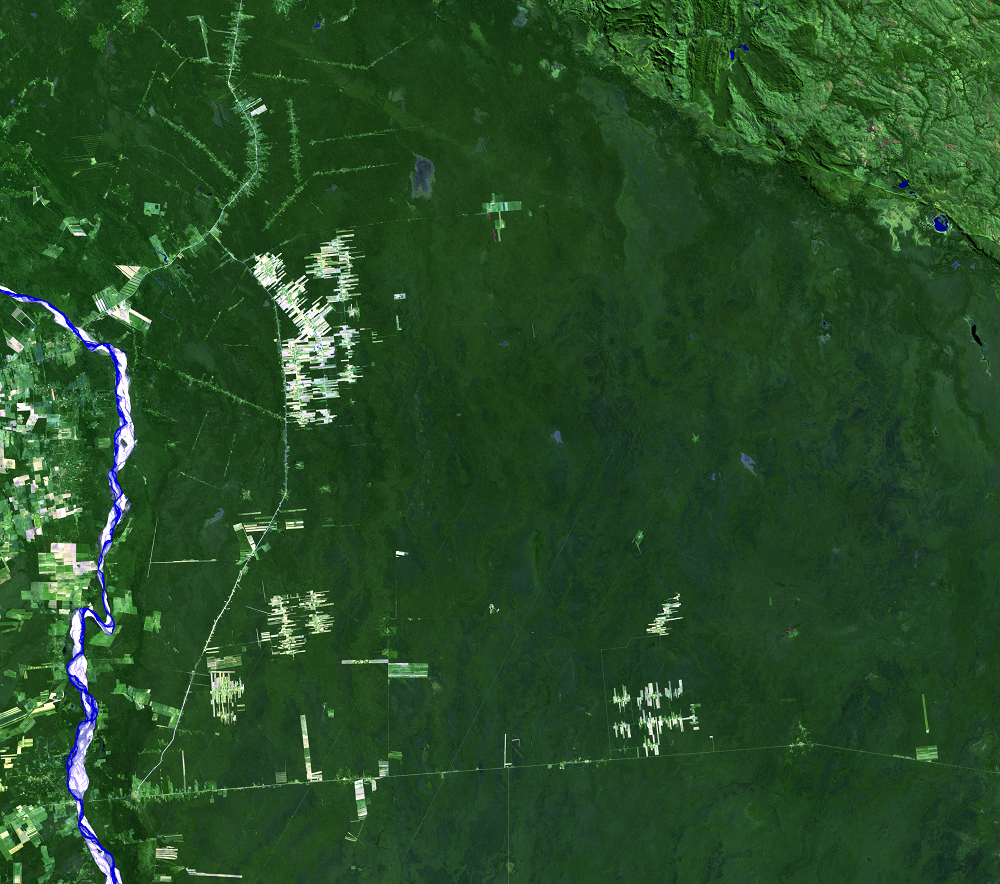 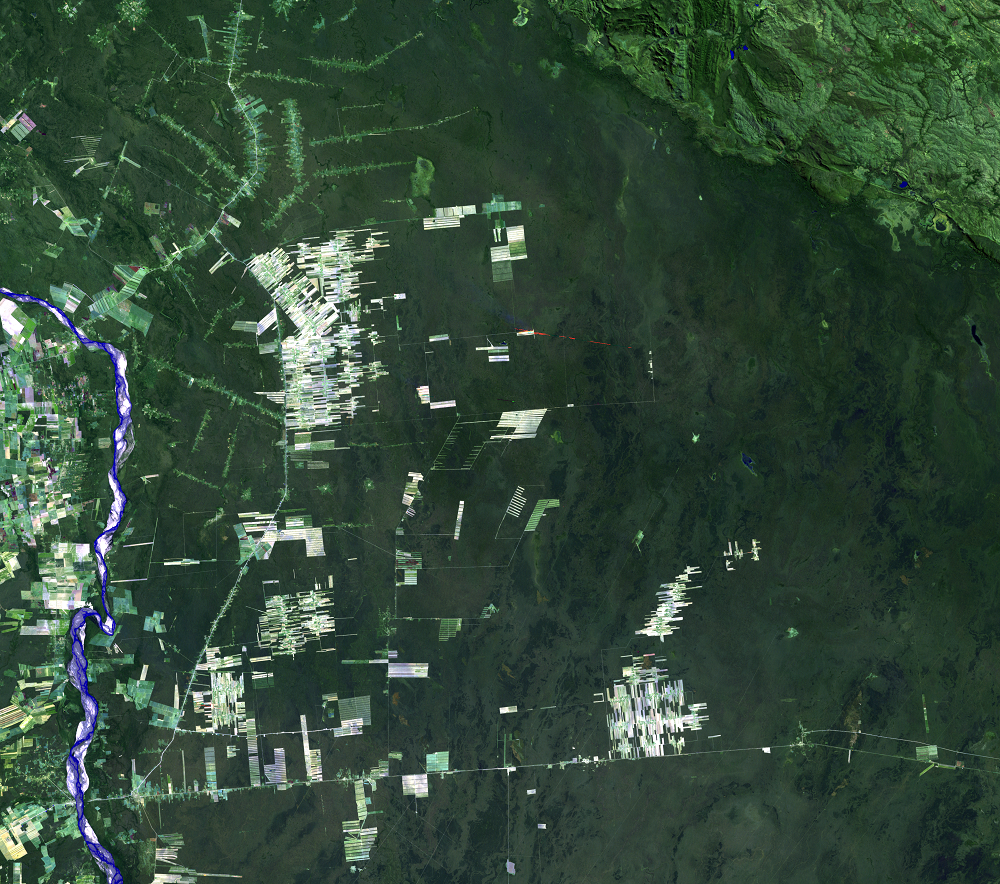 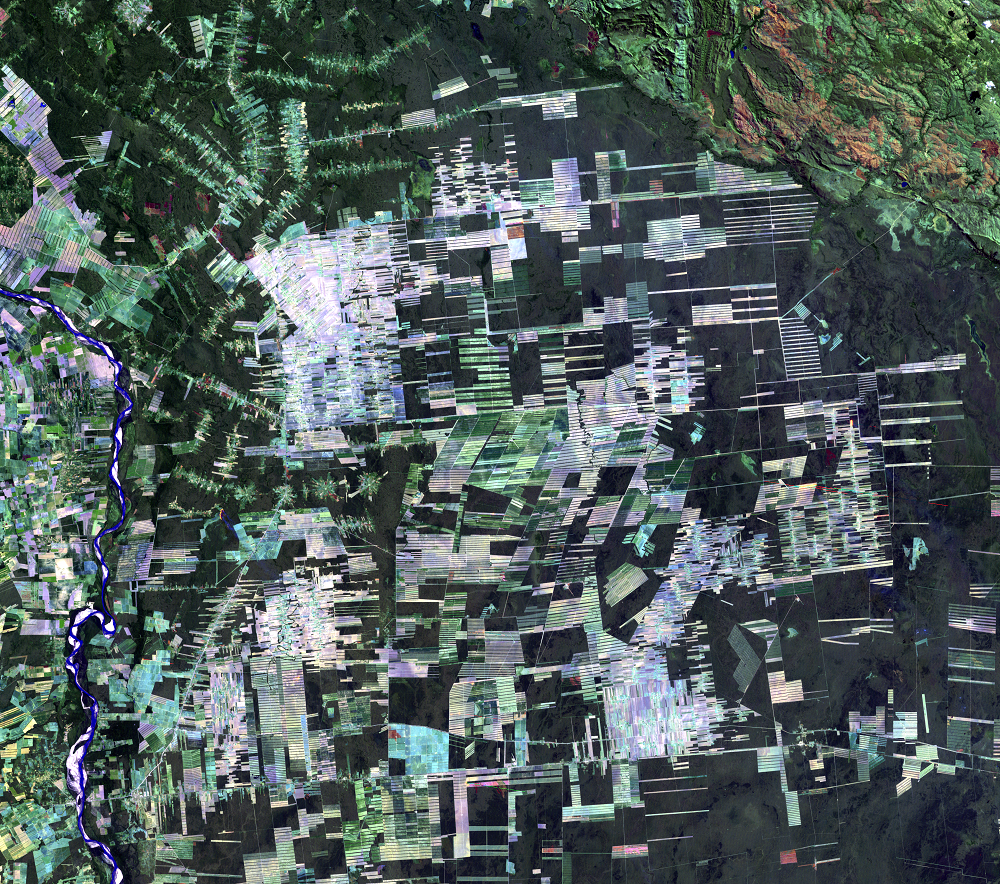 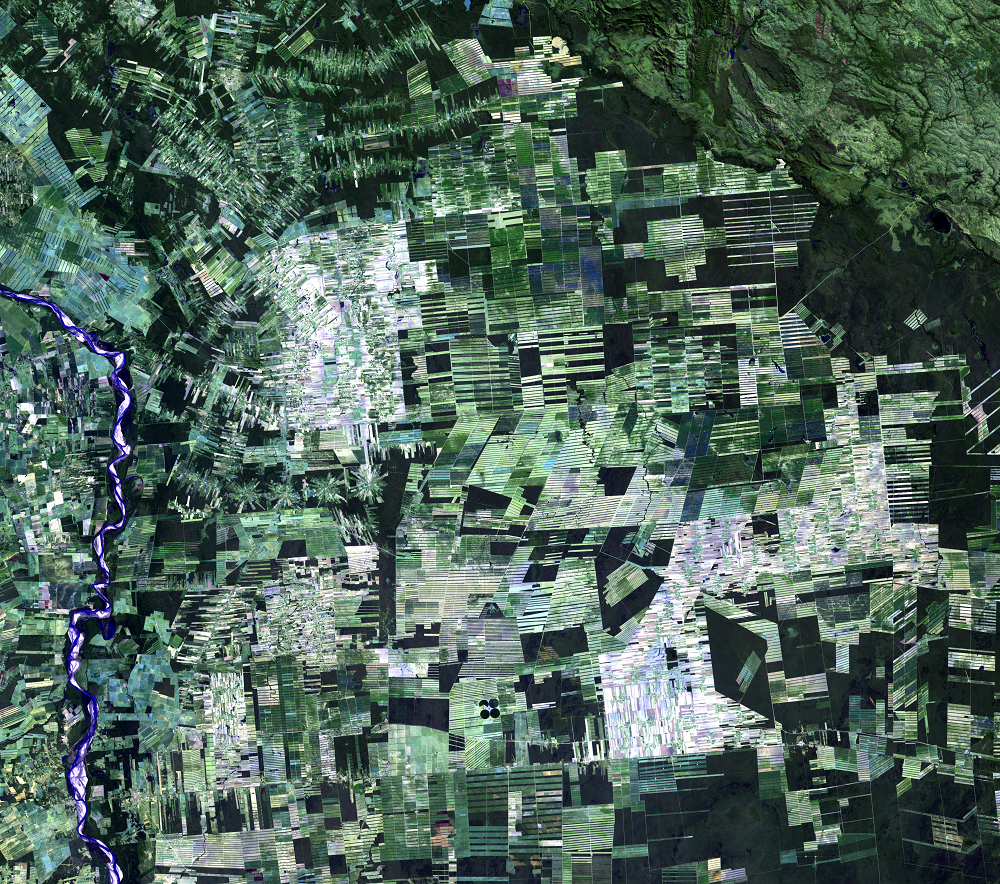 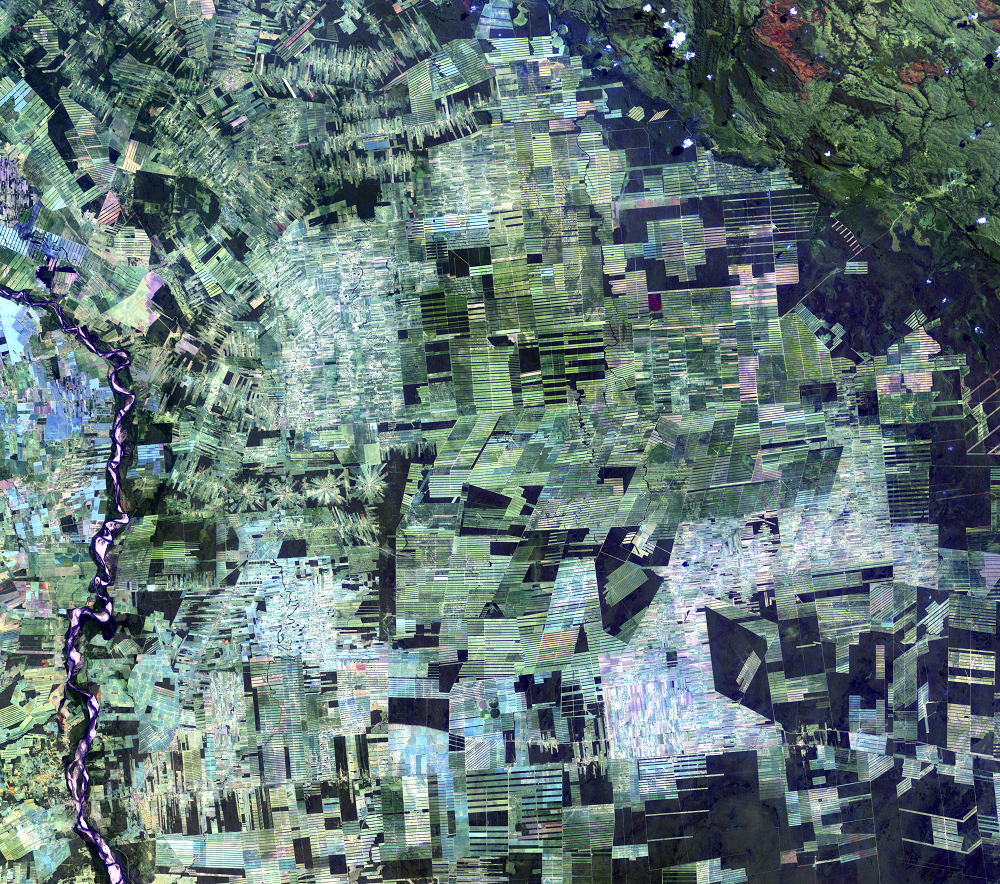 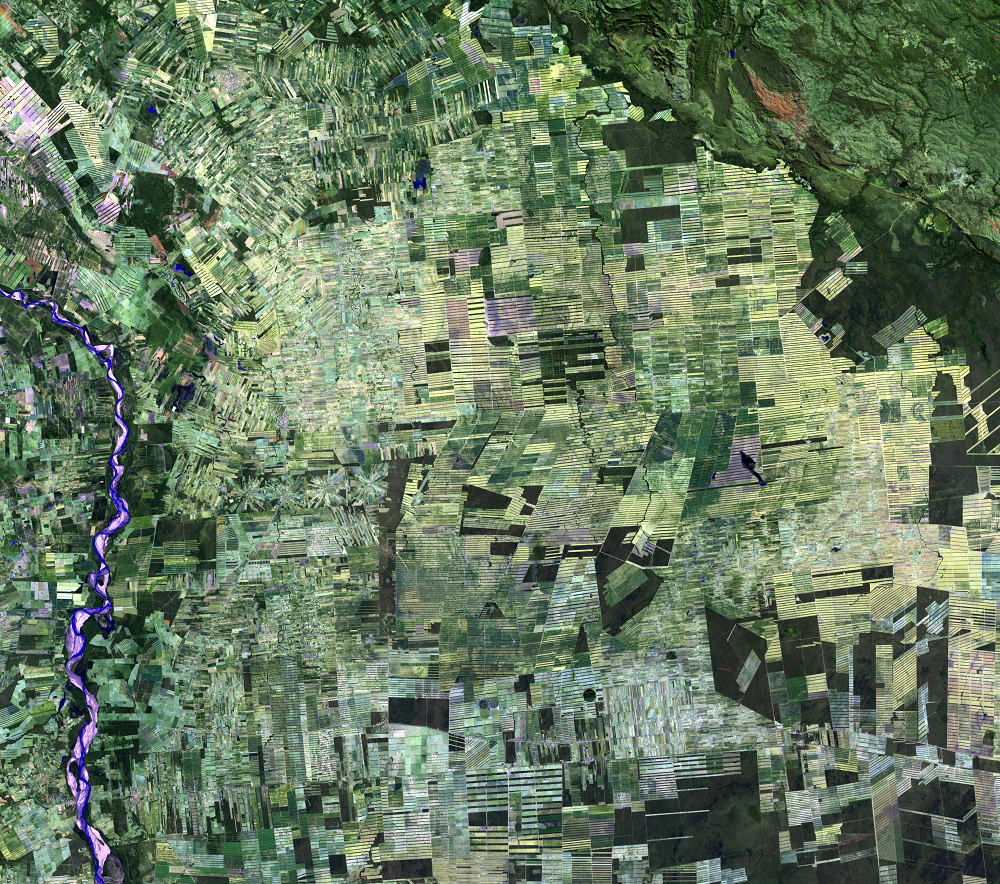 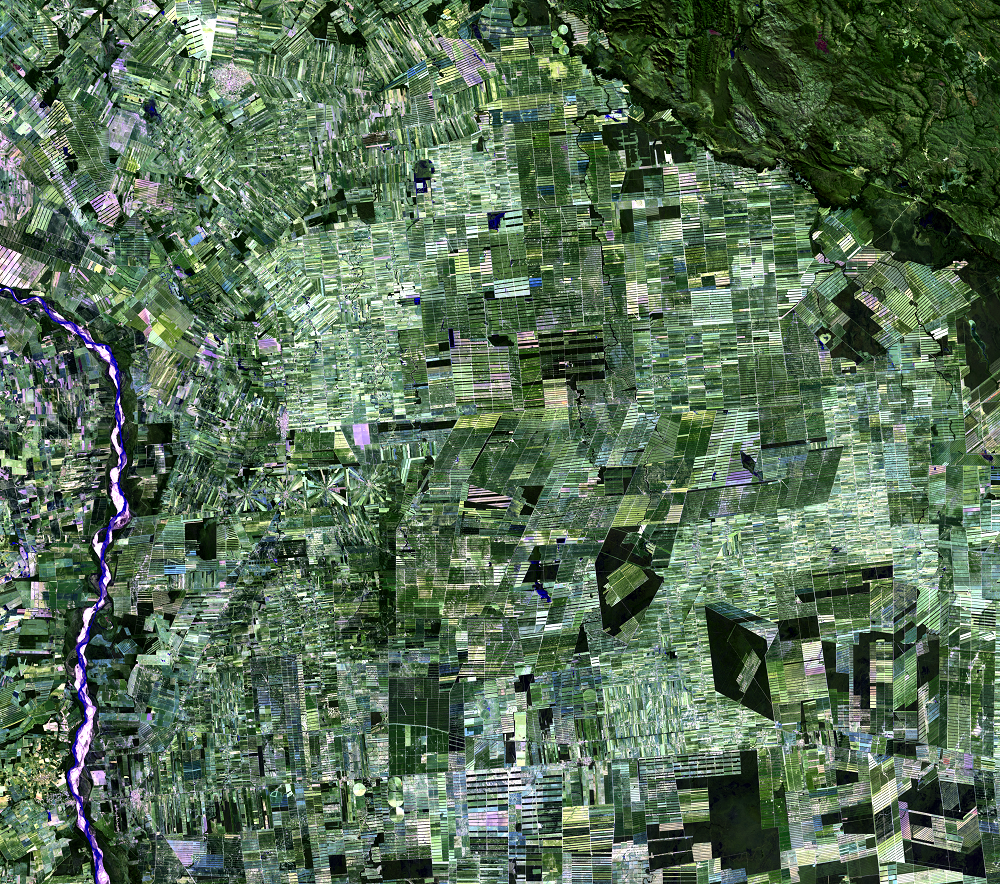 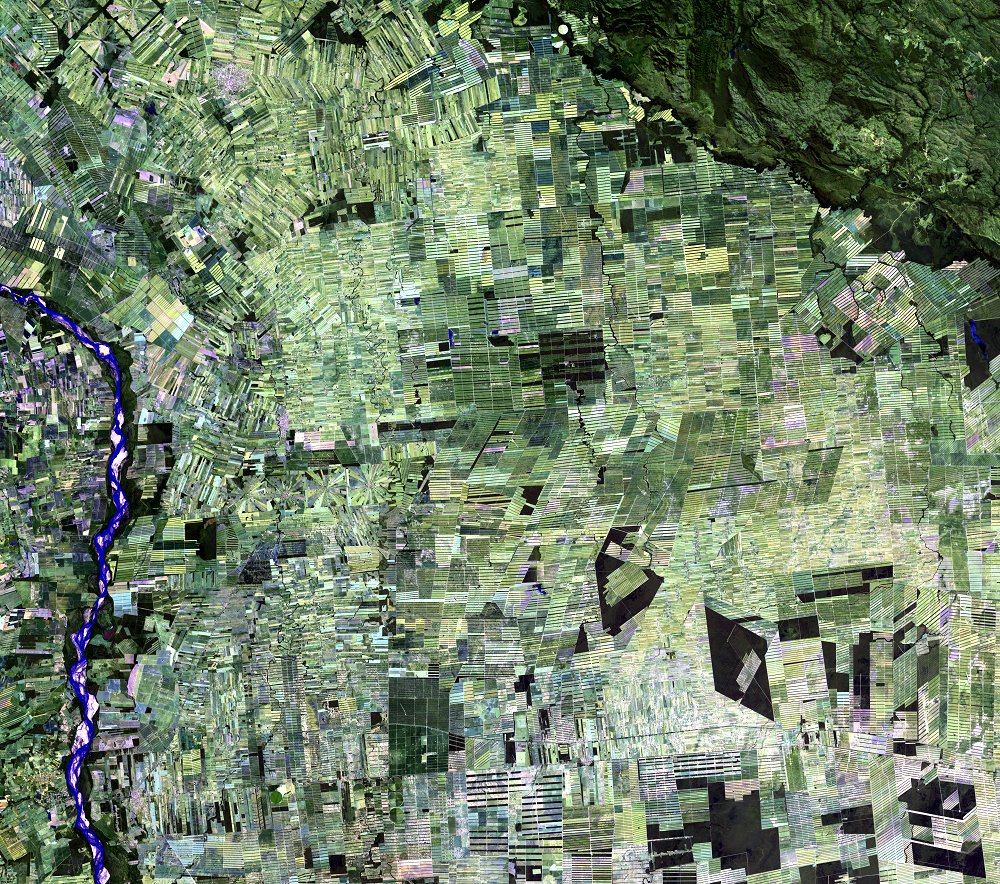 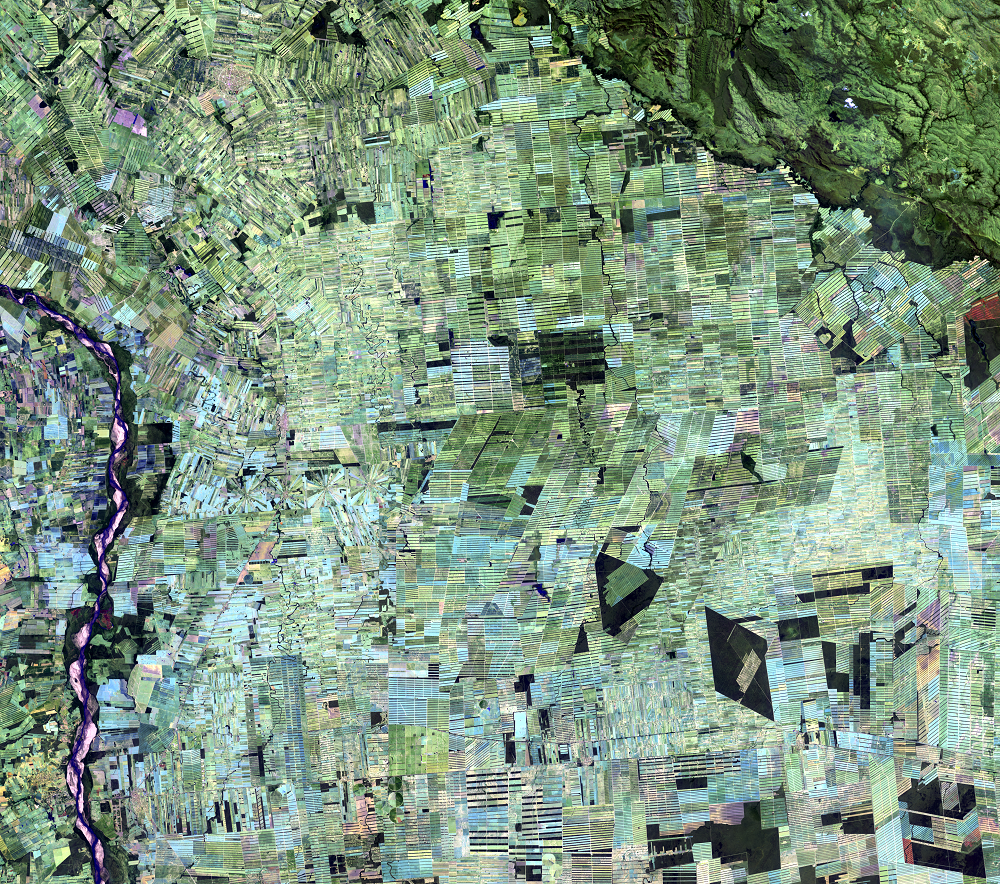 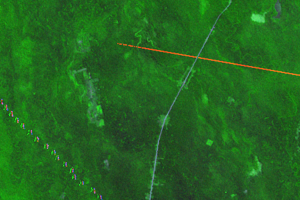 In the 1975 image, the initial clearing for the San Julian settlements is visible along the highway—the pink line heading north-south. Later images sh... 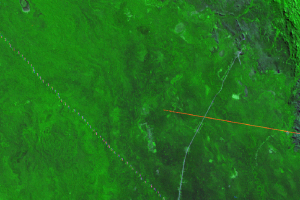 Taking a closer look at the San Julian settlements reveals the pattern of deforestation more clearly. Most of the settlers were from Bolivia’s western...