In the late 1960s, the Indonesian government began working toward improving and expanding its economy. It encouraged people to move to the remote and less developed eastern islands. One of the industries it expanded was logging. As workers cut down the primary forests, the forests were not allowed to grow back into secondary forest. Instead, they were planted as palm oil plantations. Palm oil trees are native to Africa and were found to thrive in Malaysia and Indonesia.

Palm oil demand is up as demand for biofuels rises. Biofuel producers say palm oil is a renewable alternative to fossil fuels. One hectare of a palm oil plantation can produce 10 times as much oil as other oilseed crops, including soybeans.

The palm oil plantations show up clearly in Landsat images in the middle of the undisturbed rain forest. Road networks—the pink jagged lines—cut through the green of the rain forest. One road leads from the cleared forest to the river town Asike. 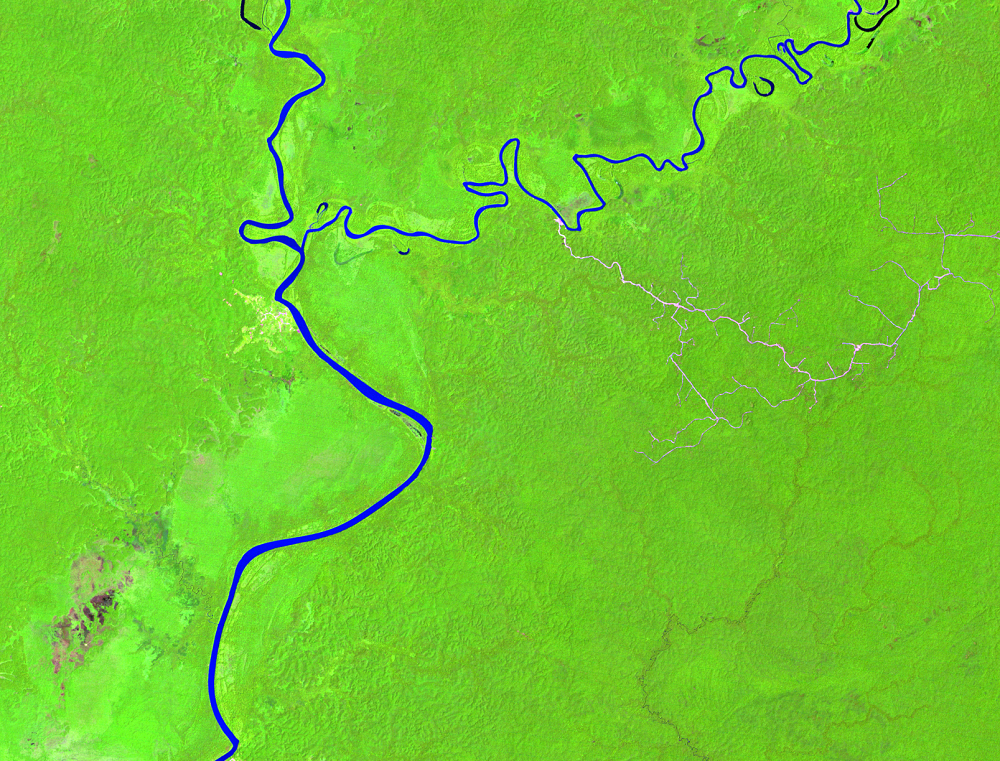 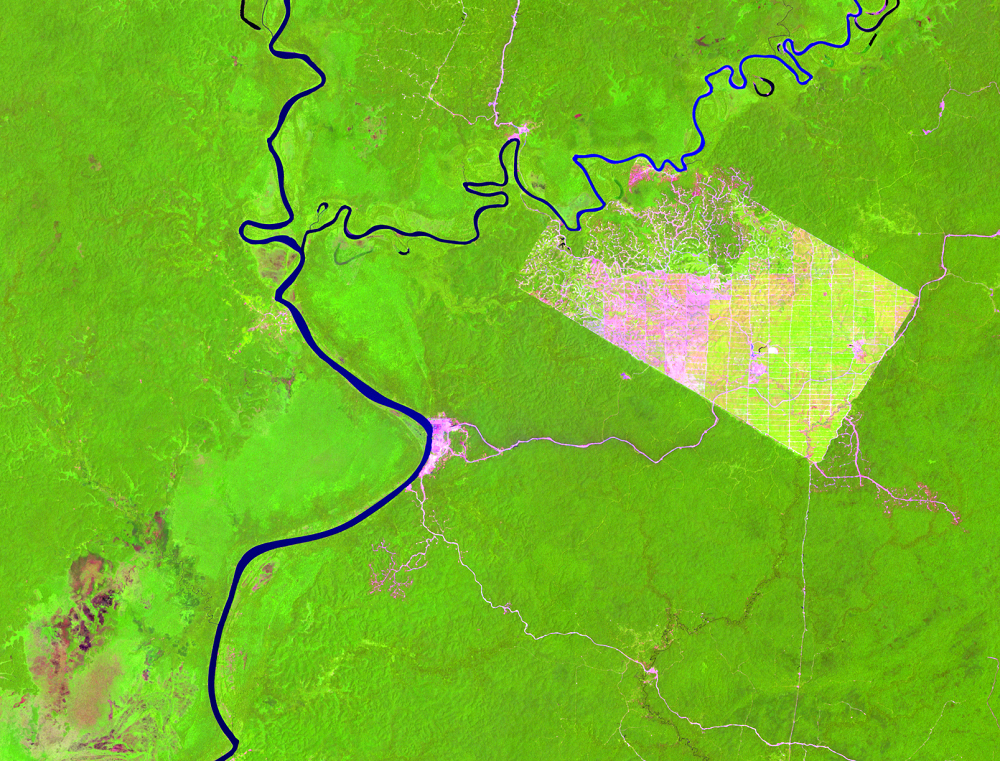 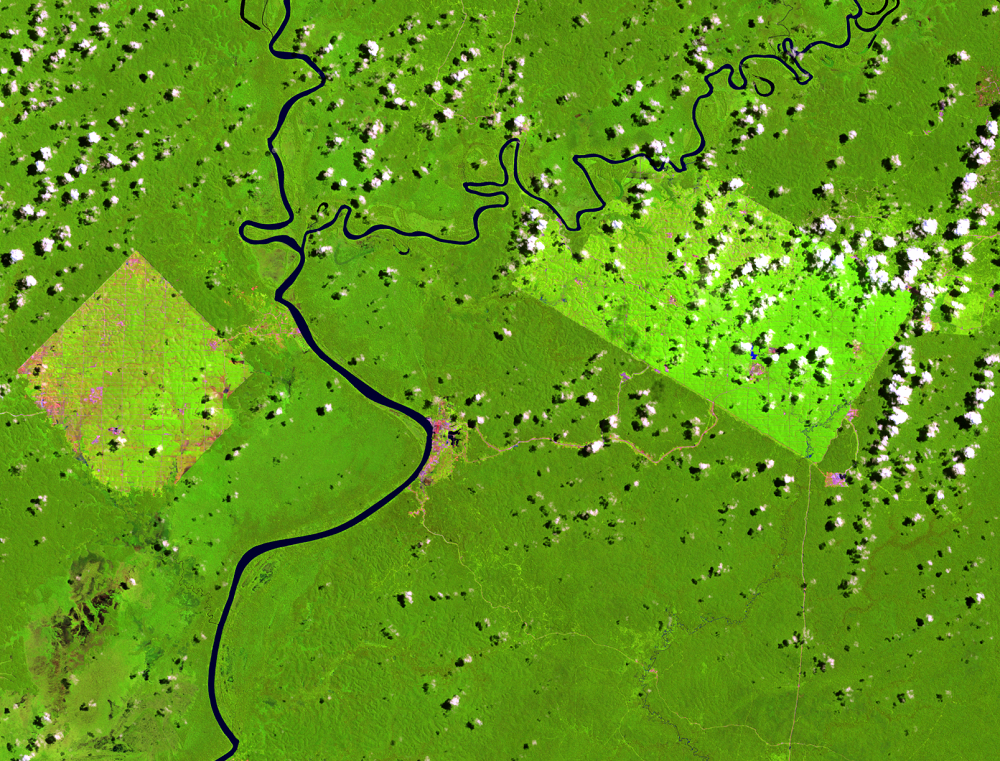 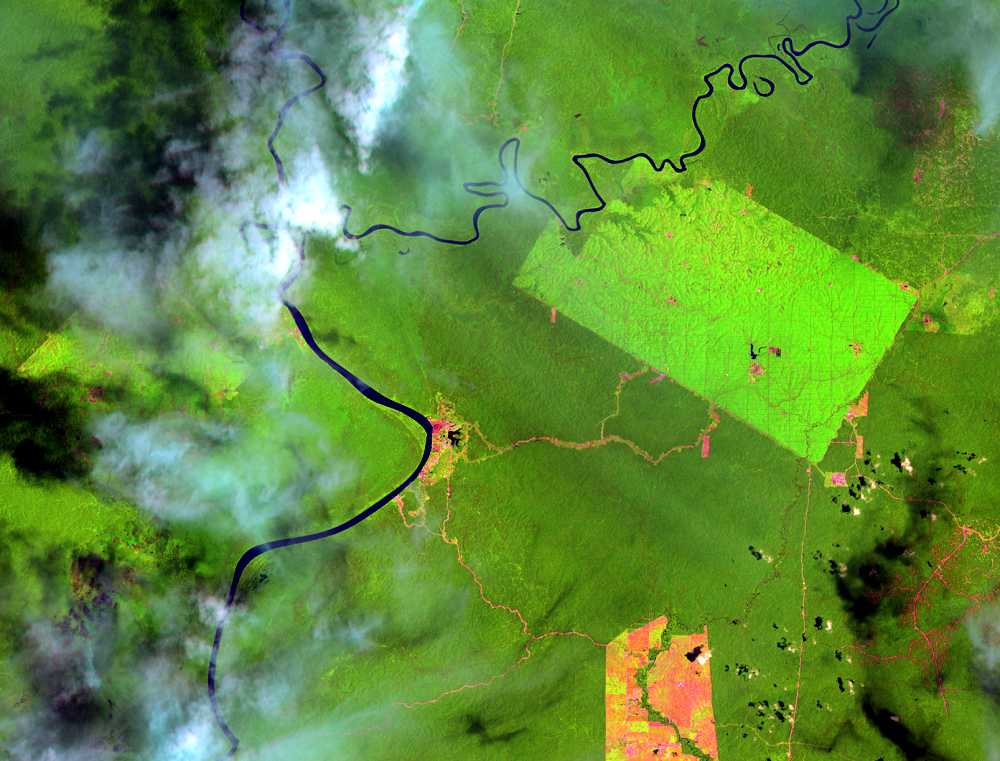 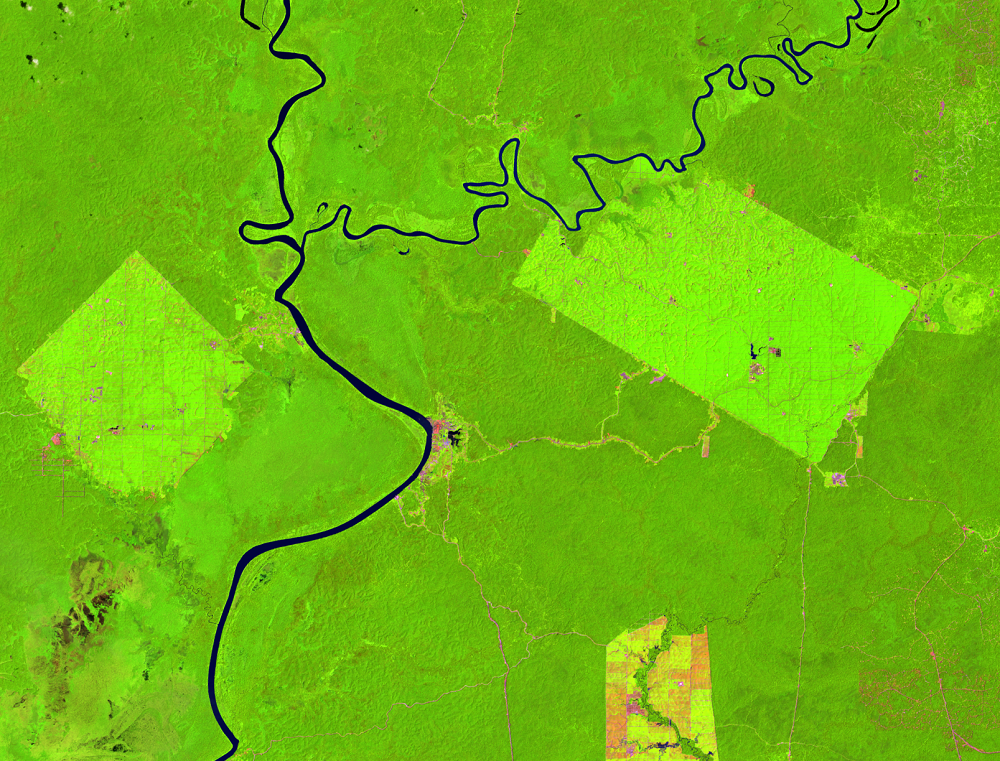 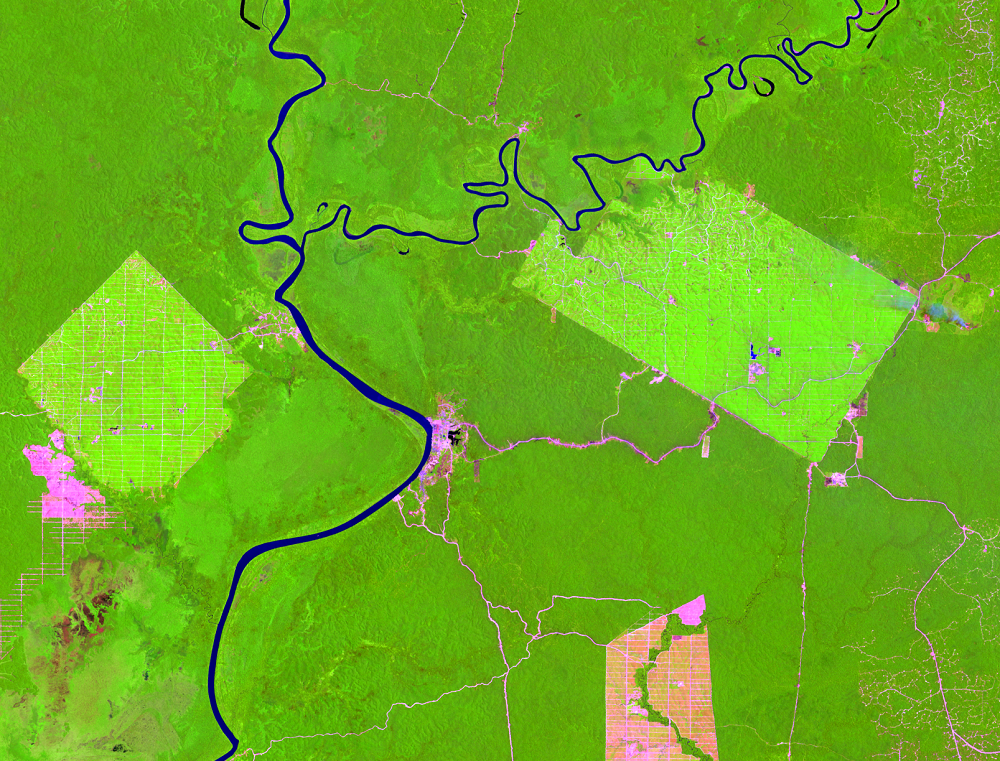 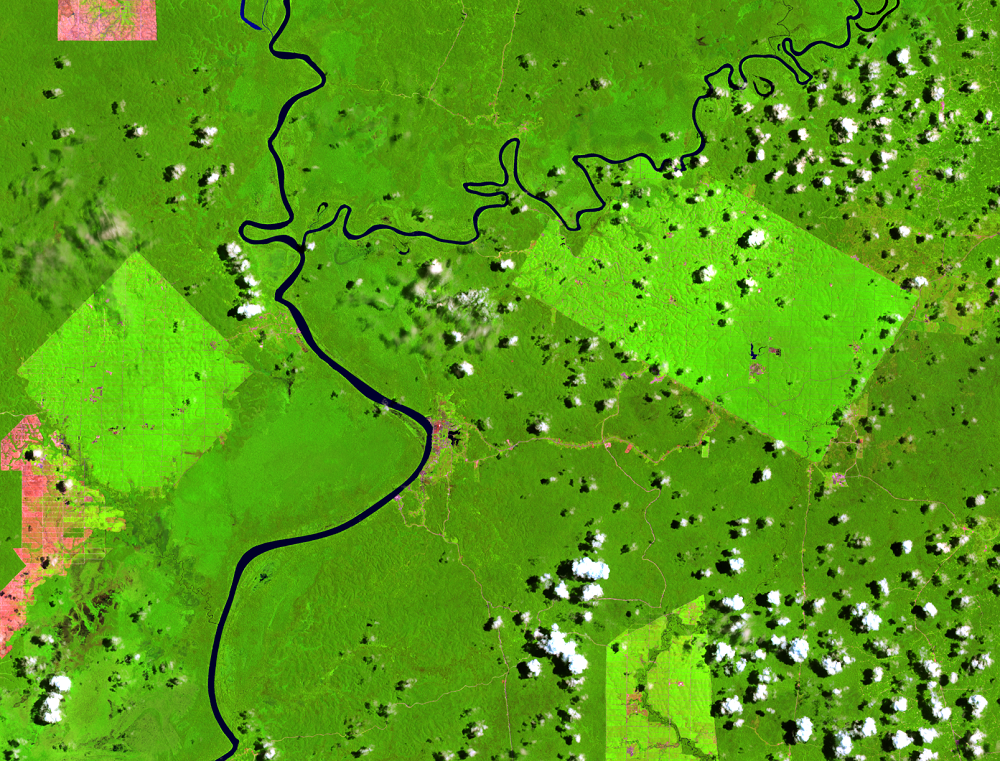 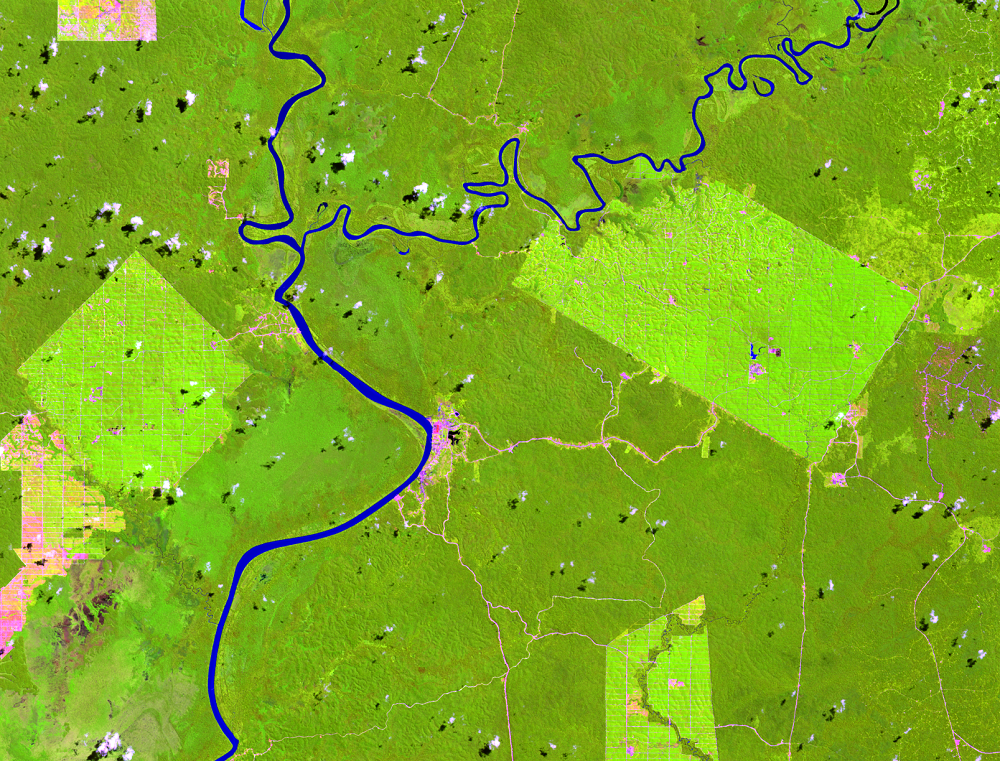 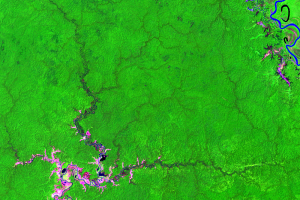 Understandably, many countries are pursuing renewable resources to get away from the reliance on fossil fuels. However, new research has determined th...