Ekati is Canada’s first diamond mine. Diamond ore bodies are called kimberlite pipes. These carrot-shaped pipes are the roots of ancient small volcanoes. Diamond-bearing kimberlite was discovered at Ekati in 1991.

Construction of the mine started in 1997 and it officially opened in October 1998. By 2011, the Ekati mine had produced 50 million carats of diamonds.

Ekati is the name the Tlicho people gave this area. It means “fat lake,” a reference to white quartz in the rock on the shore of Lac de Gras. The quartz looks like marbled caribou fat. Lac de Gras is the large lake south of the mines.

You can see the mining operations expanding in this series of images. The Ekati mine includes open-pit mines in different locations. In the lower right is the Misery pit. It’s connected to the main base of operations by a road, visible as the curving pink or white line.

Ekati has its own airport that’s used year-round. That’s how employees get there. The runway is visible as a straight line just south of where the first open pits begin appearing.

The company that runs the Ekati mine, Dominion Diamond Ekati Corporation, monitors the air, water, and wildlife in the area. They are already planning ahead for the eventual closure of the mine and land reclamation but expect to continue mining diamonds through 2019. 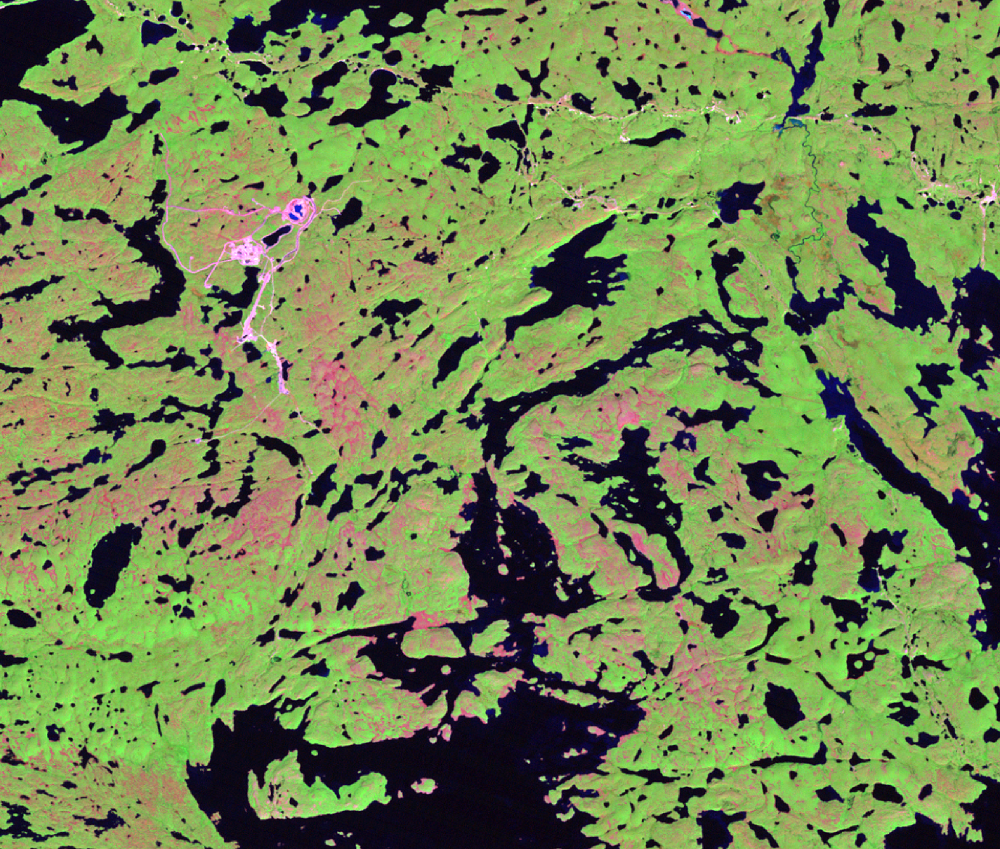 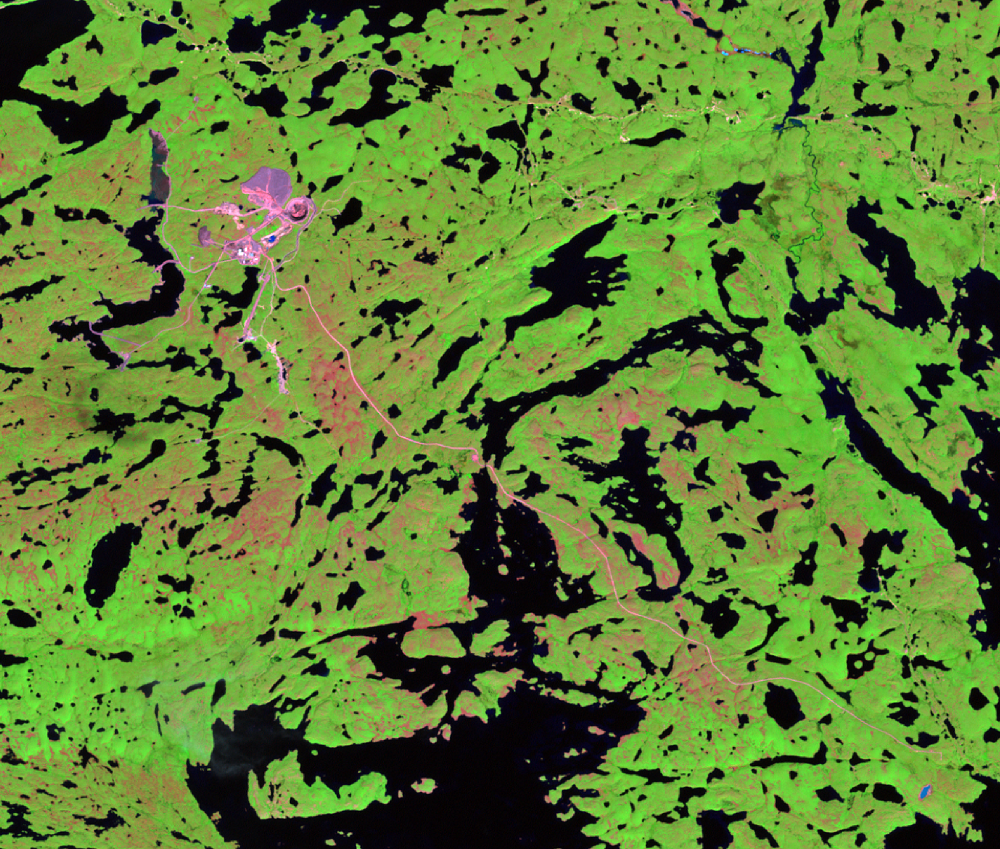 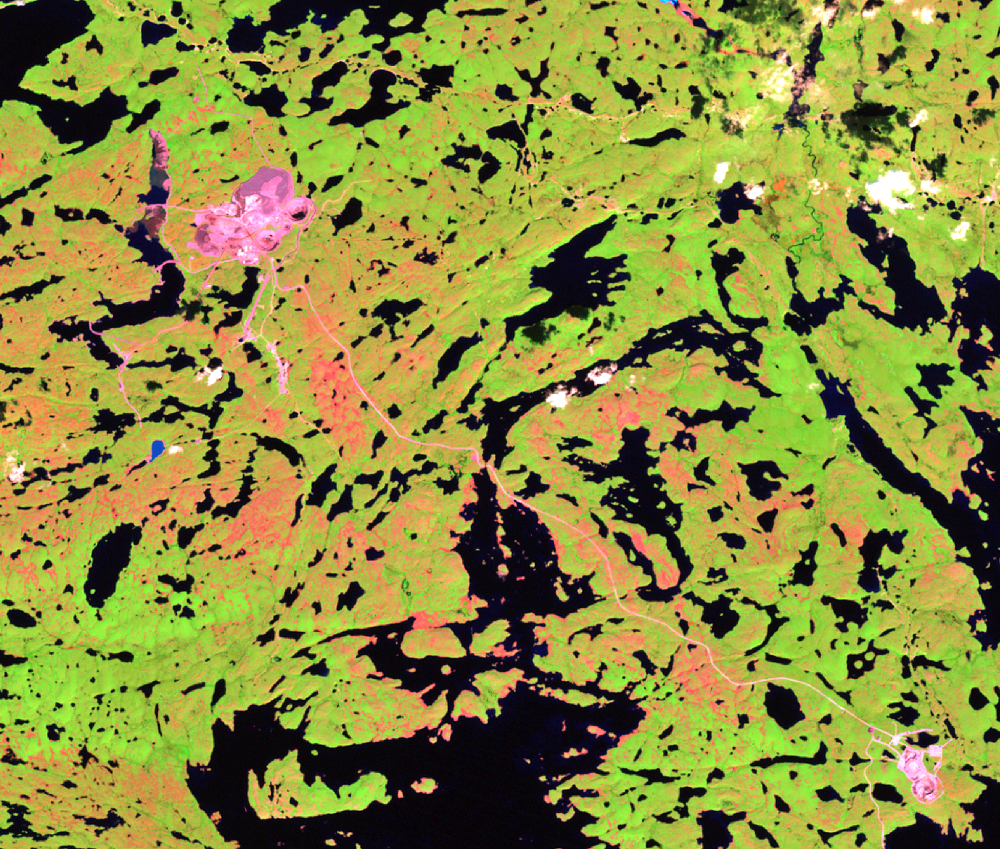 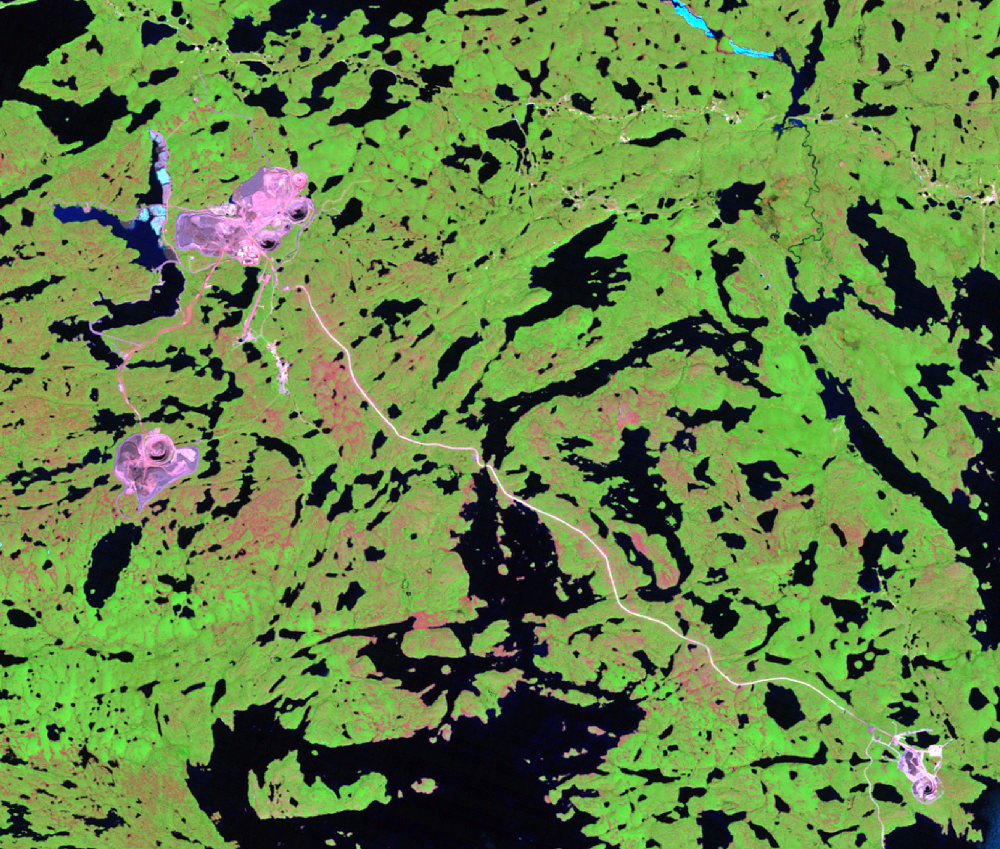 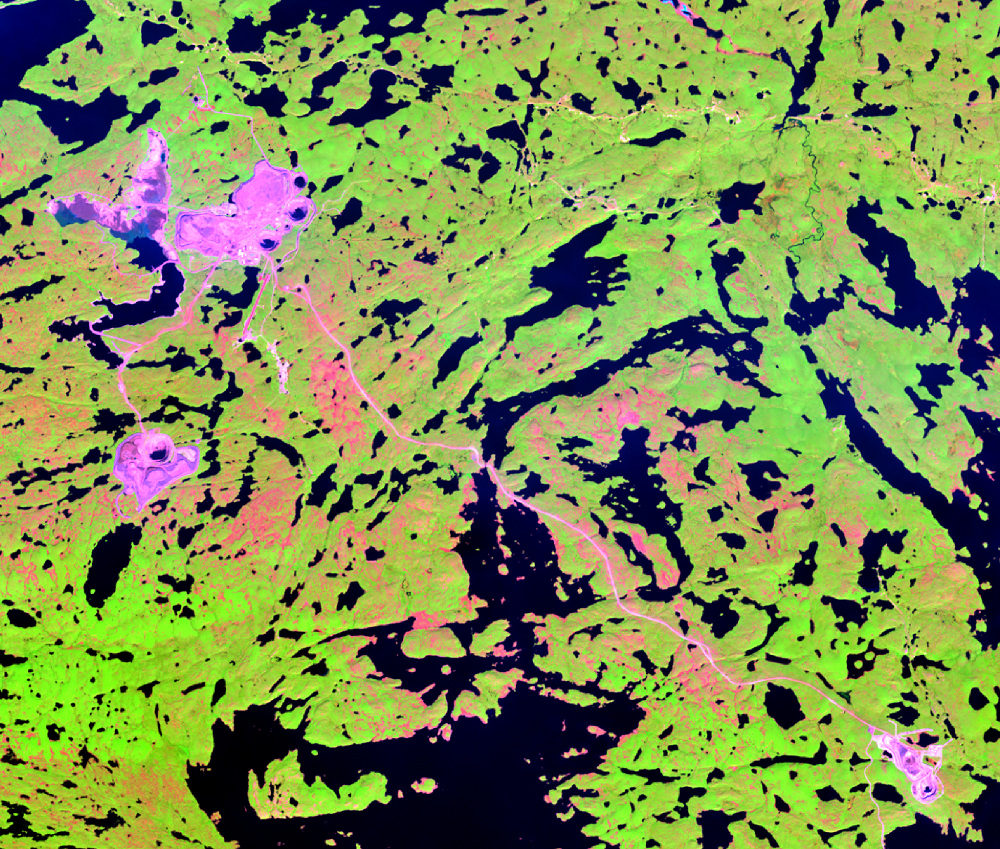 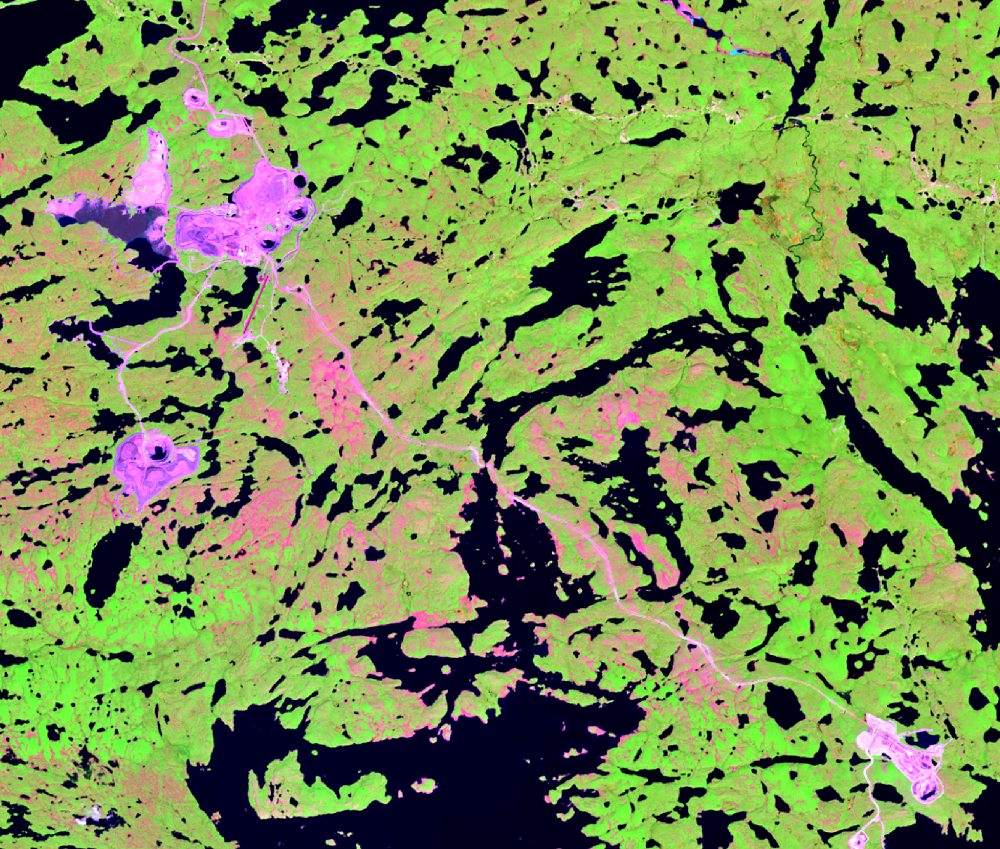 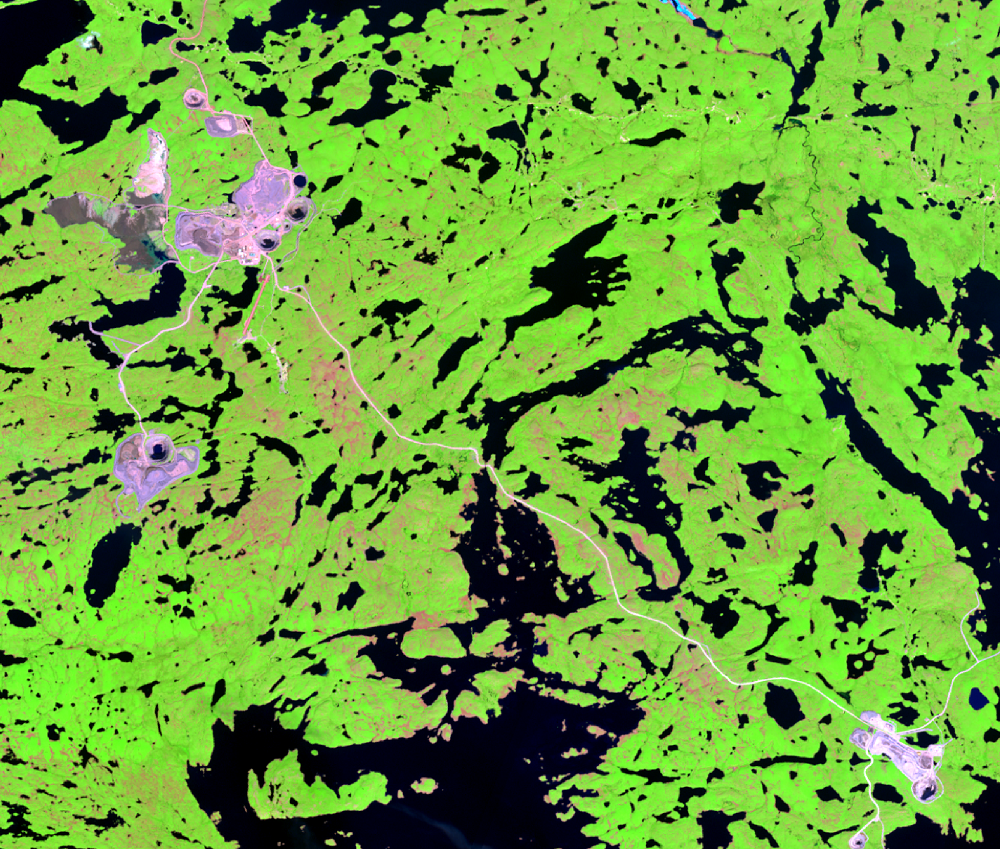 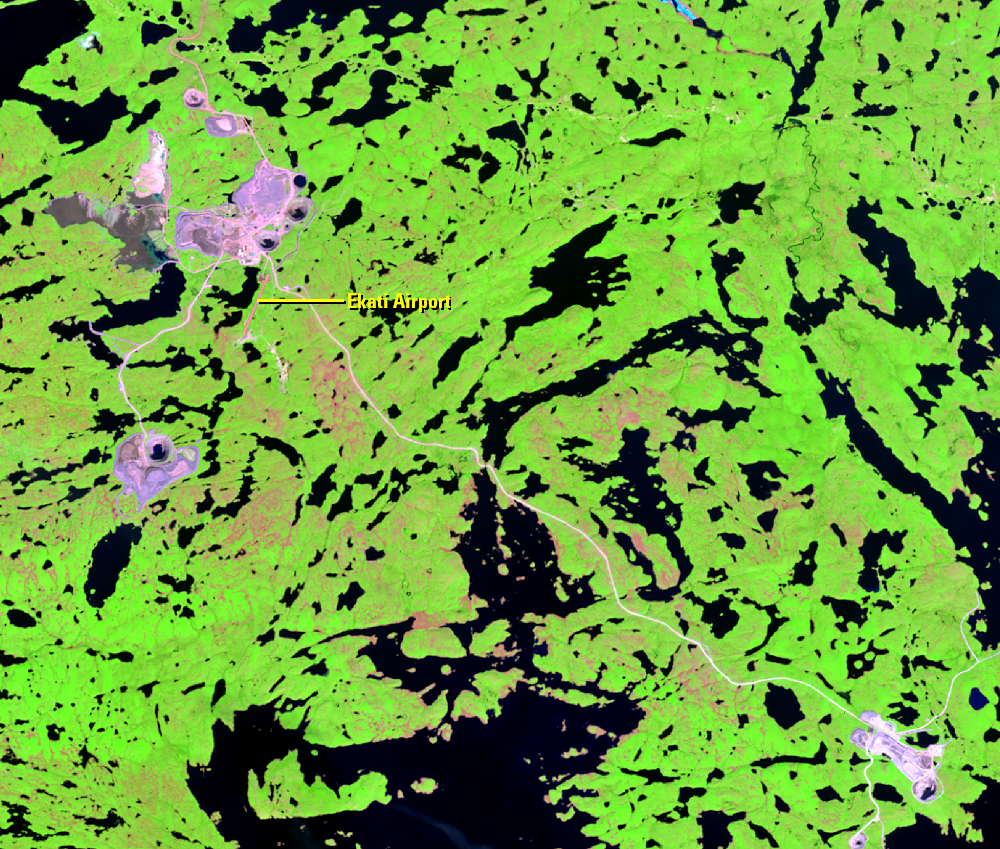 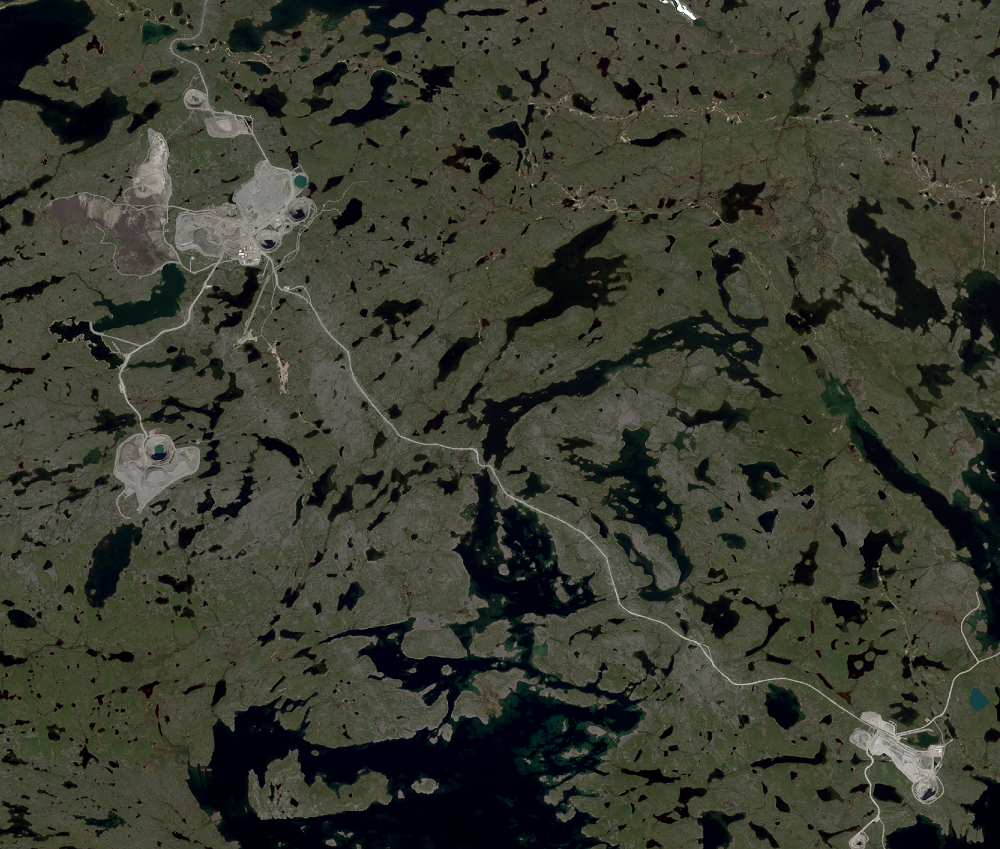 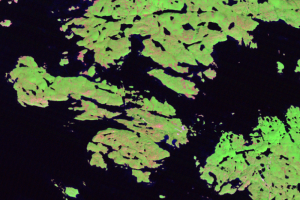 Production in the Diavik Mine began in January 2003. By 2013, Diavik had produced 84 million carats. In this time series, you will notice something di... 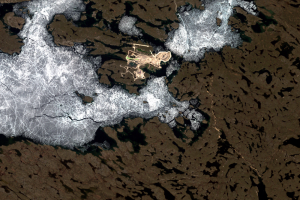