You might have noticed that fire scars of varying size show up in some of these images. These fire scars show up as red or maroon against the green vegetation. Fires are a part of life in the boreal forest, but in 2016, an unusually intense forest fire, fueled by dry conditions and high winds, devastated the region.

The 80,000 residents of Fort McMurray were forced to evacuate, the largest evacuation on record in Canada. The fire destroyed 2,400 structures in and around Fort McMurray, and at least another 500 were damaged. Many structures still standing suffered smoke damage.

At its peak, the fire moved 30 to 40 meters (98 to 131 feet) per minute. It burned a total of 589,552 hectares (nearly 1.5 million acres), and part of that area is shown in the series of images. Using shortwave infrared (SWIR) and near-infrared (NIR) bands to help penetrate clouds and smoke and create false-color images, Landsat shows the burned area in dark red. It’s clear that Fort McMurray was quickly surrounded by the blaze.

Landsat’s infrared sensors are valuable for producing burn severity maps and other products quickly after images are acquired. 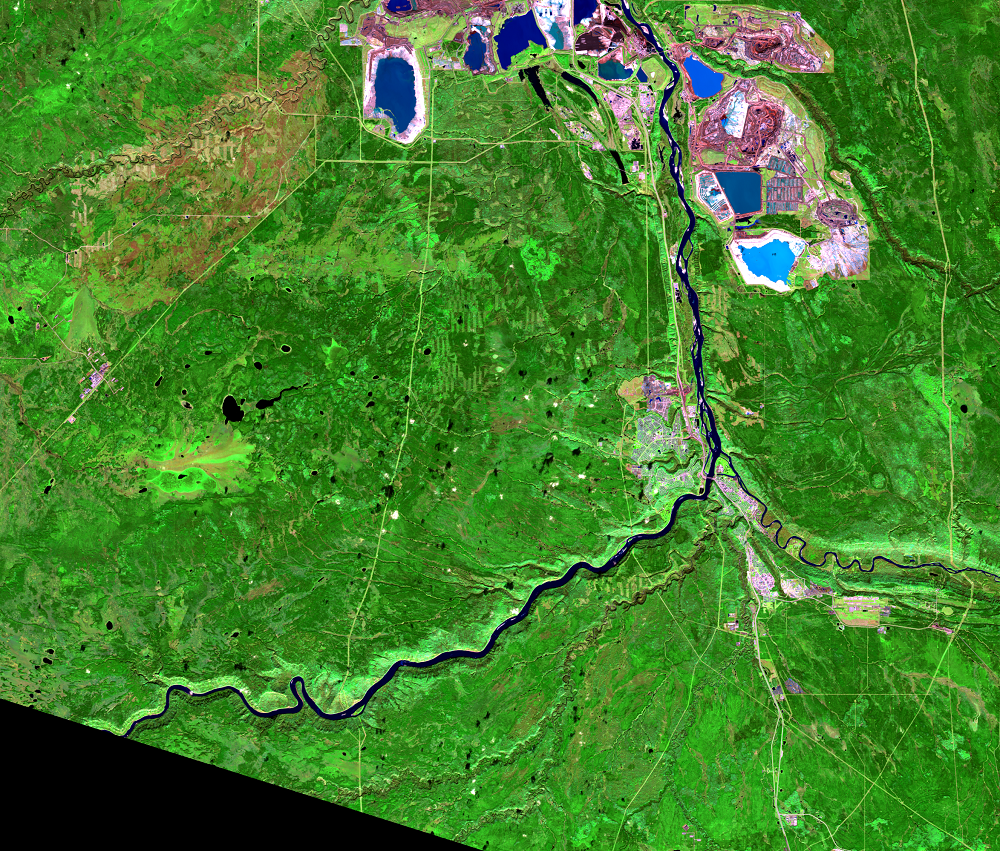 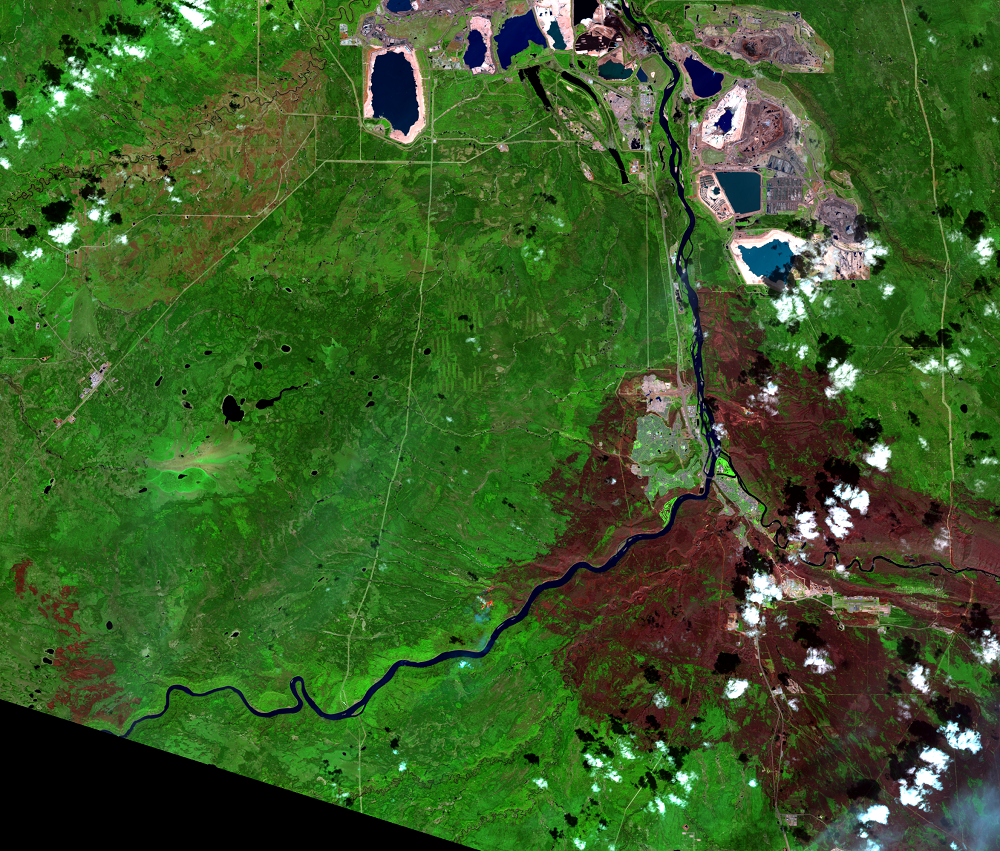 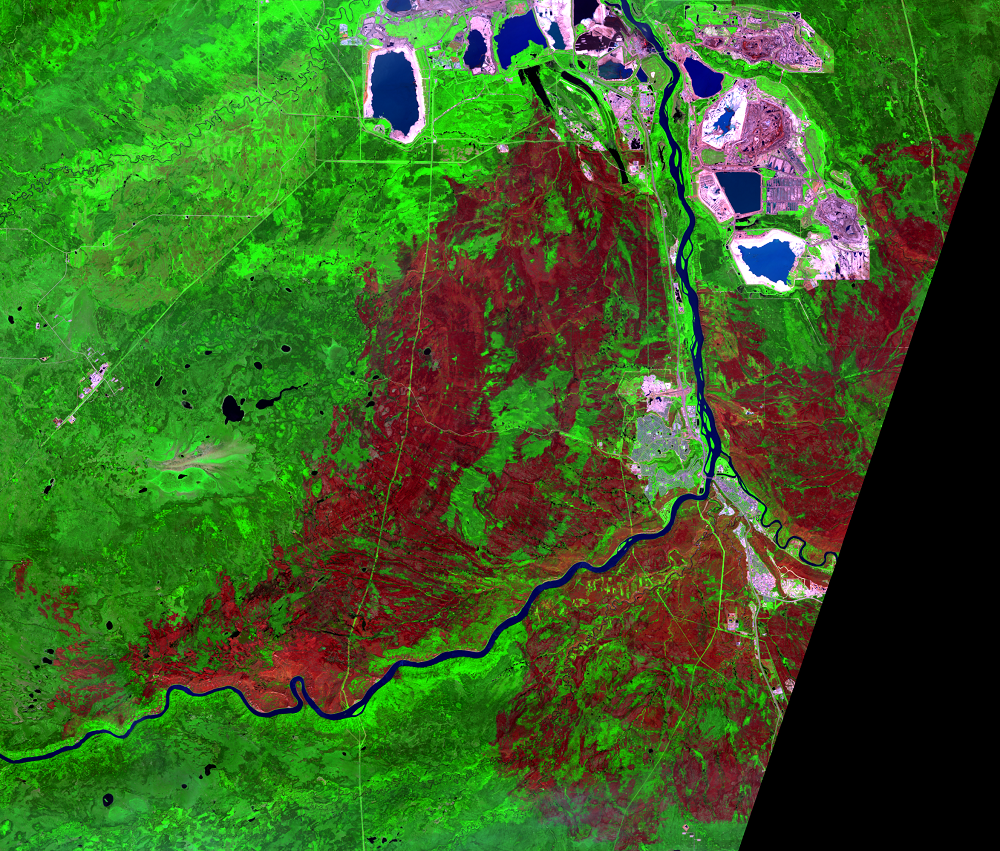 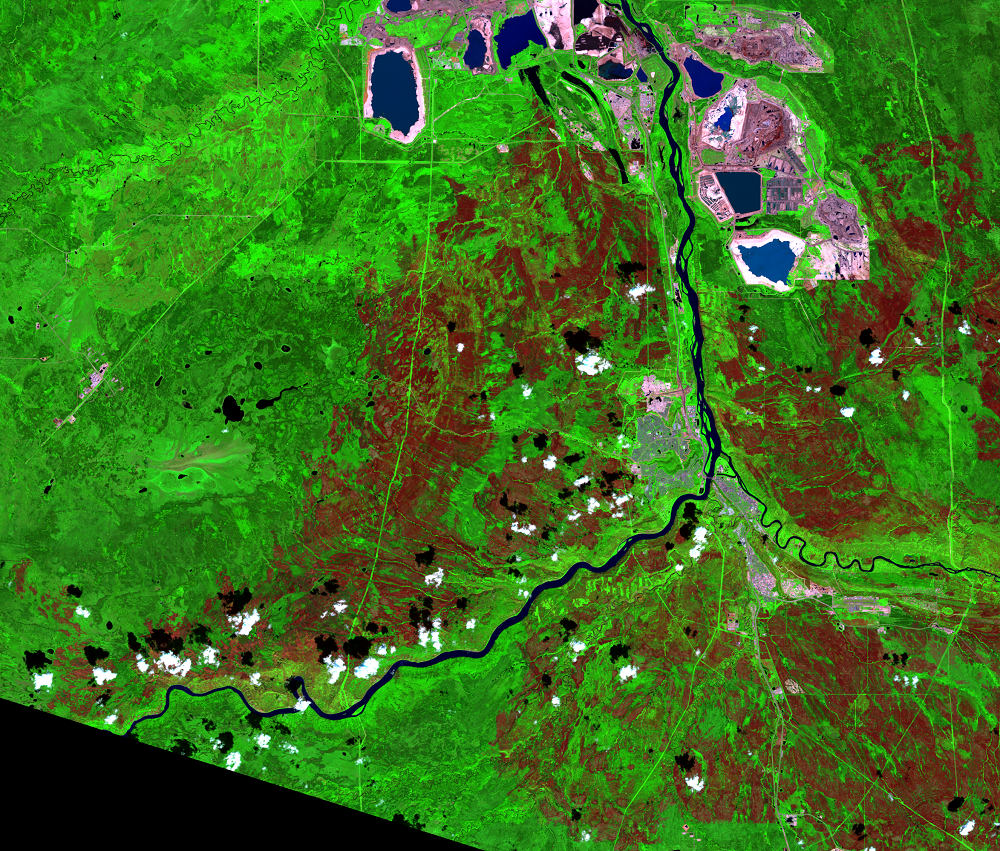 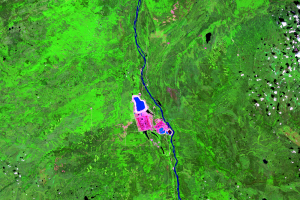 The oil type mined in the Athabasca oil sands region is bitumen. This naturally occurring oil is so viscous that even at room temperature it acts like... 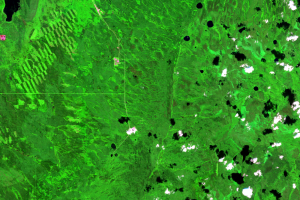 To extract oil that is too deep for surface mining operations, in situ mining, or “in place” mining, is used. Mining companies use steam and gravity t... 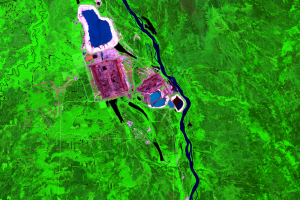 Getting oil from oil sands is fairly straight-forward. But that doesn’t mean it’s easy. In the Athabasca region near Fort McMurray, the oil sands are ... 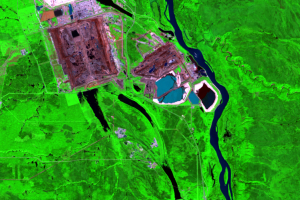 The mining companies are required to restore the disturbed land to be at least as productive as it was before it was mined. Overburden that was remove...