The cut flower industry can be seen in Landsat images near the lake in both outdoor fields and in glass greenhouses. The greenhouses are silvery in these views. The fields are a mix of green, tan, and purple. Tan and pink are fallow fields, and the green fields have growing plants. These fields and greenhouses have expanded over the time frame covered by these images.

The flowers grown in the region include roses, carnations, statice, alstromeria, lilies, and hypericum.

Since 1986, the nature of agriculture around Lake Naivasha has changed from mostly ranching to floriculture. The flower industry especially has led to increased population in Naivasha and the surrounding area. From 1969 to 2009, the population of the Naivasha Division increased more than 750%.

The flower farms use a lot of water from the lake and send nutrients and chemicals back to the lake. In addition, the increased population is placing more pressure on the freshwater resources in the region. As a result, the chemistry of the lake is changing. More blue-green algae and tiny crustaceans are appearing in the lake, which are food for flamingoes. The pink birds usually flock to lakes salty enough to find this food, so it was unusual to see them in abundance at Lake Naivasha.

Floriculture began around Lake Naivasha in the early 1980s. During the 1990s and early 2000s, the amount of land dedicated to floriculture rapidly increased, changing from grassland and shrubland to flower farming. The increased water use led to a drop in the water level of the lake and an increase in farm runoff laden with agro-chemicals. 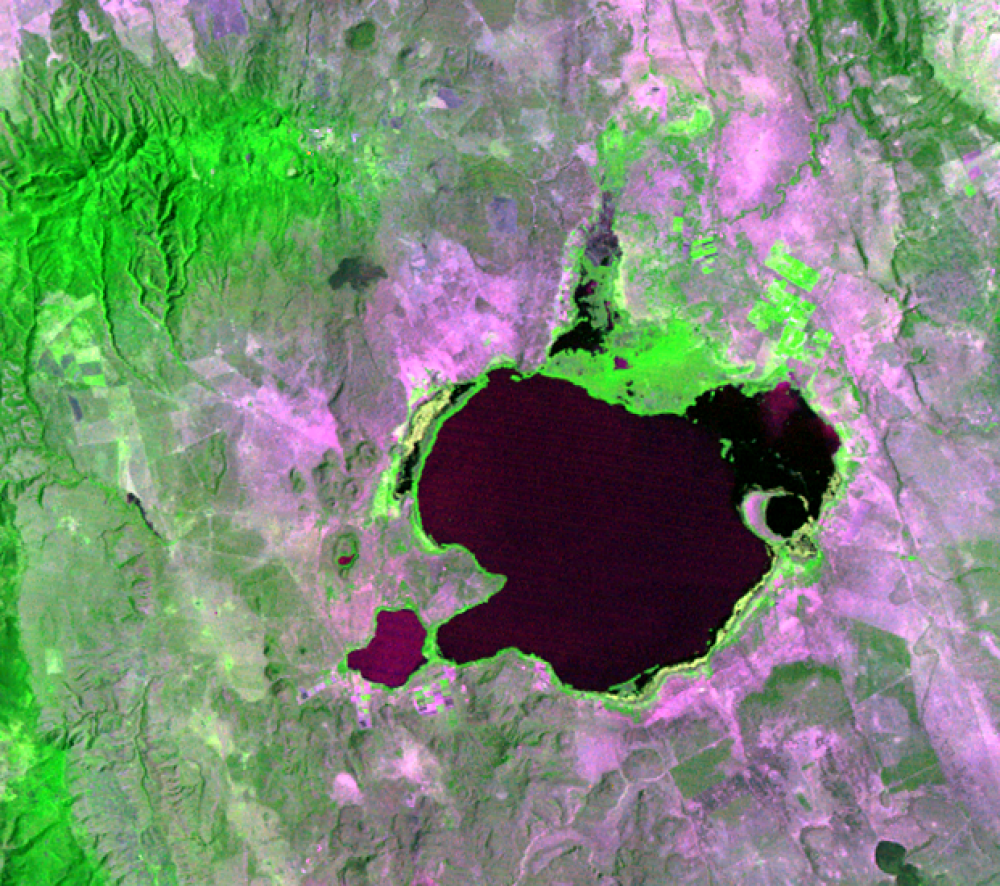 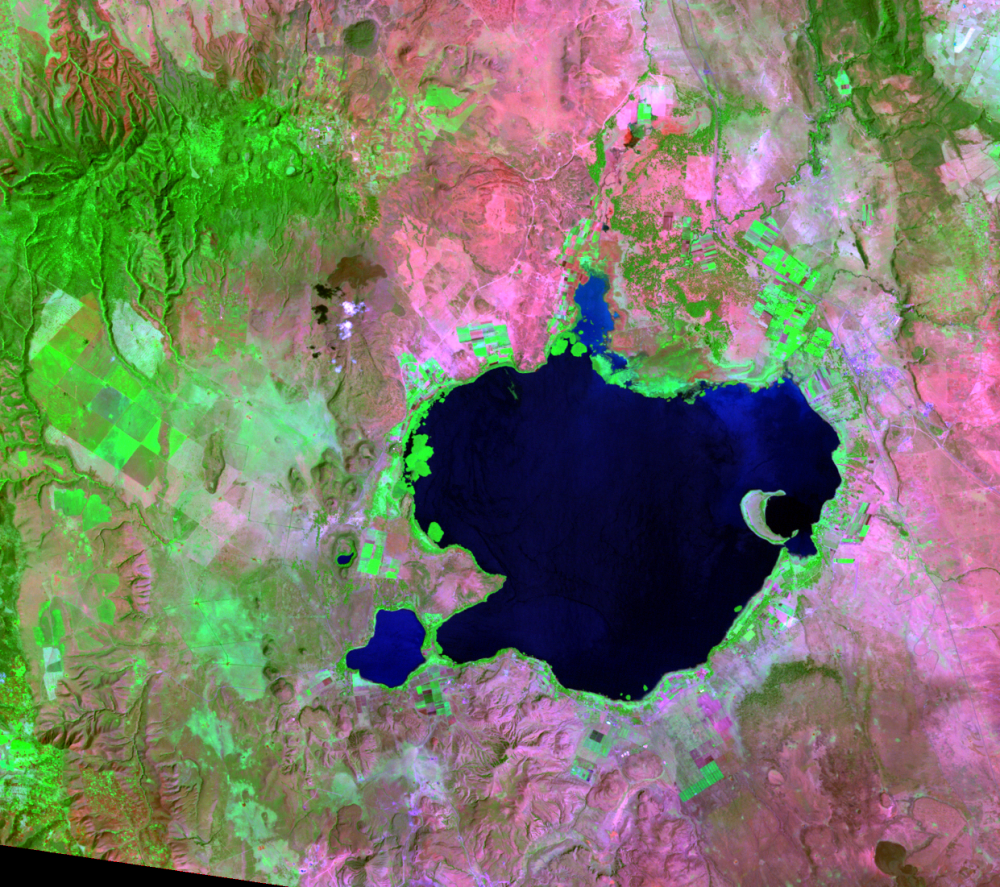 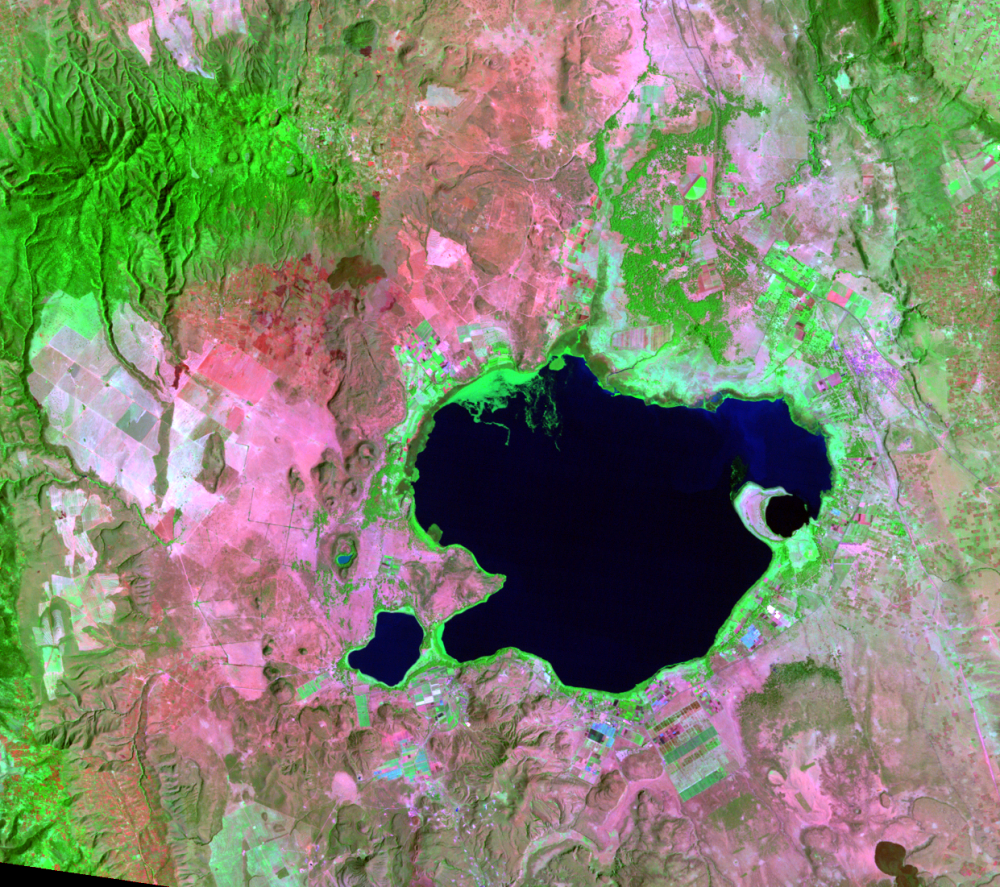 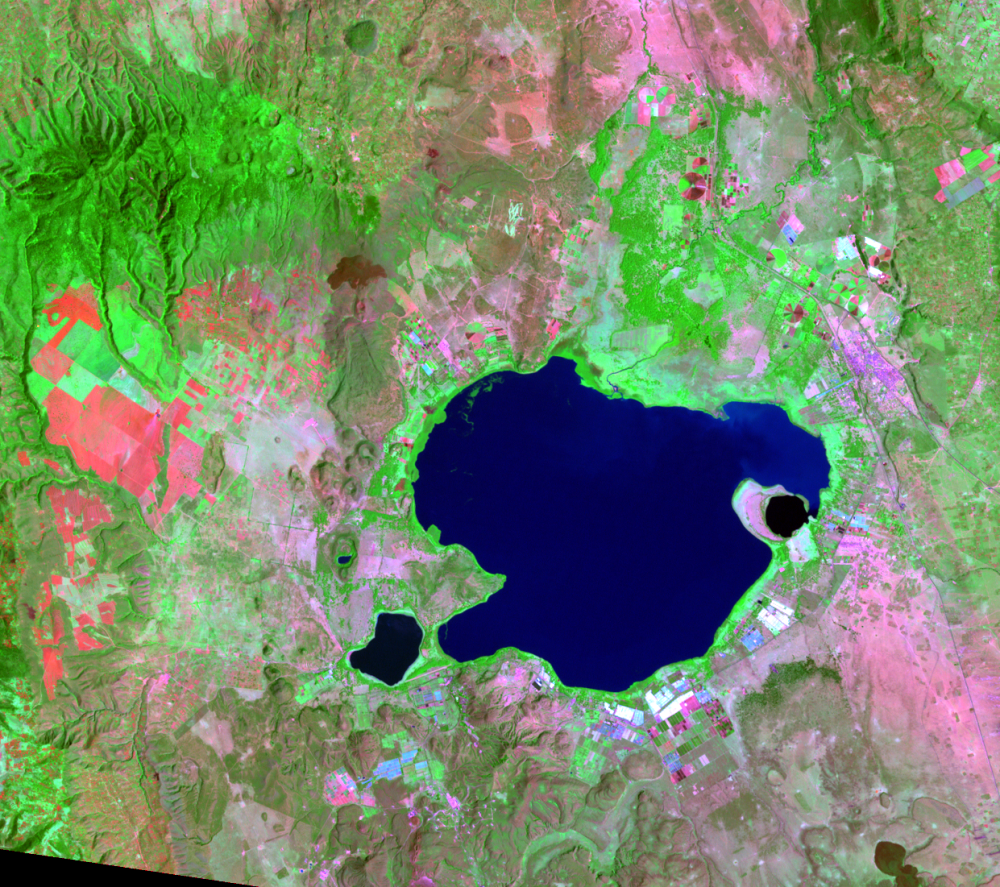 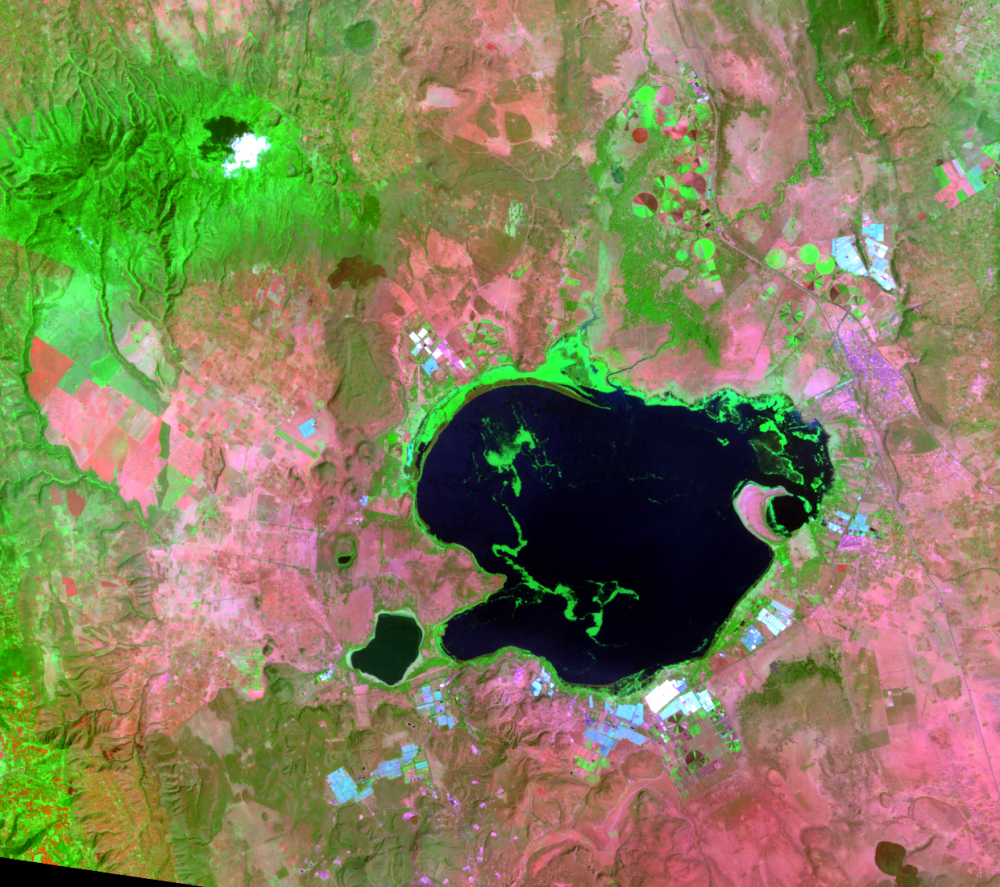 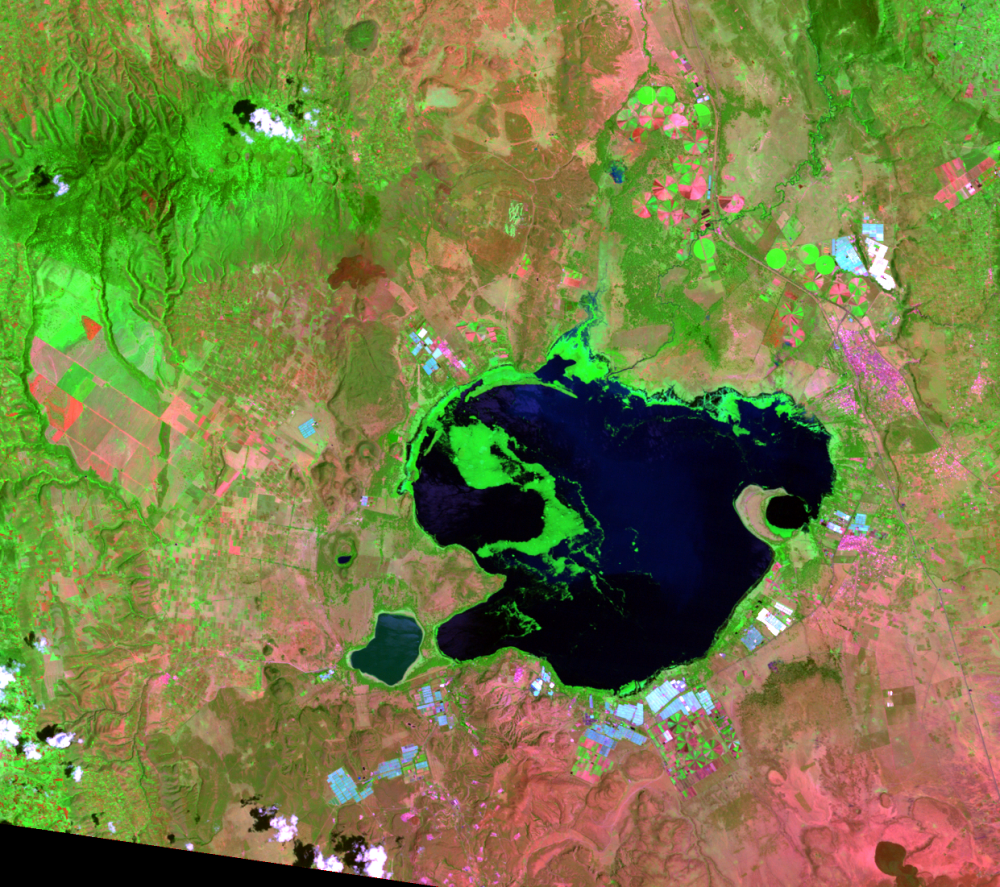 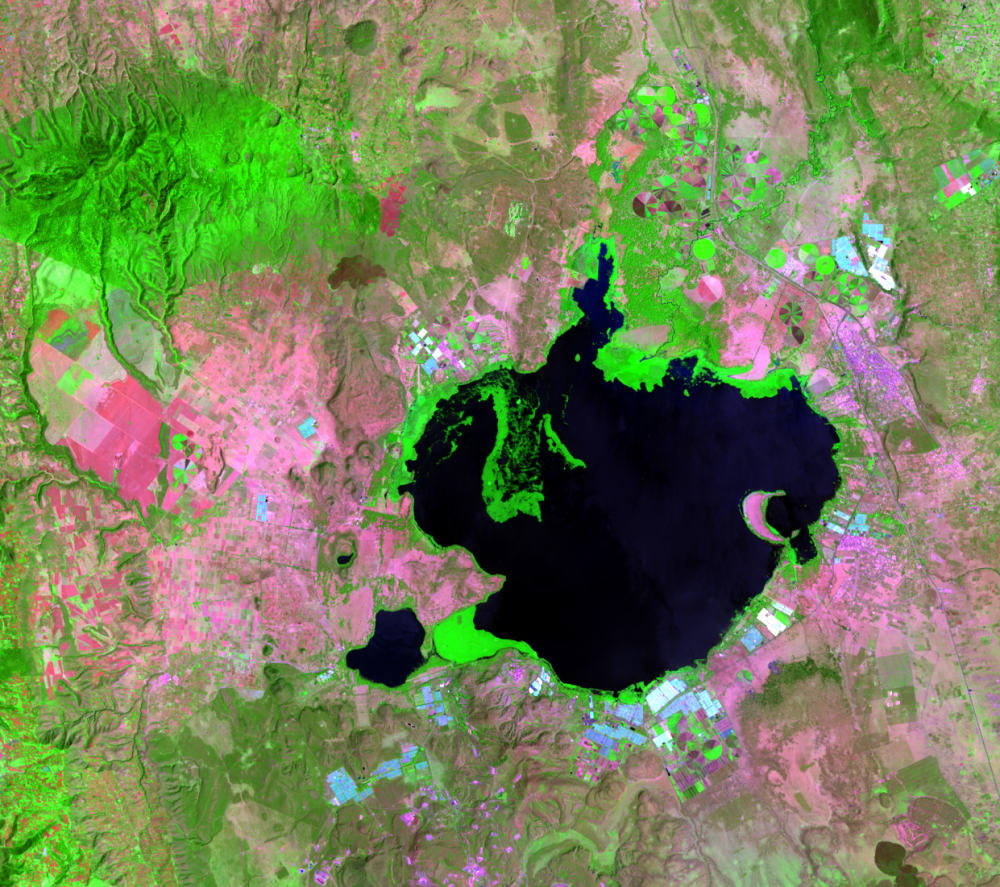 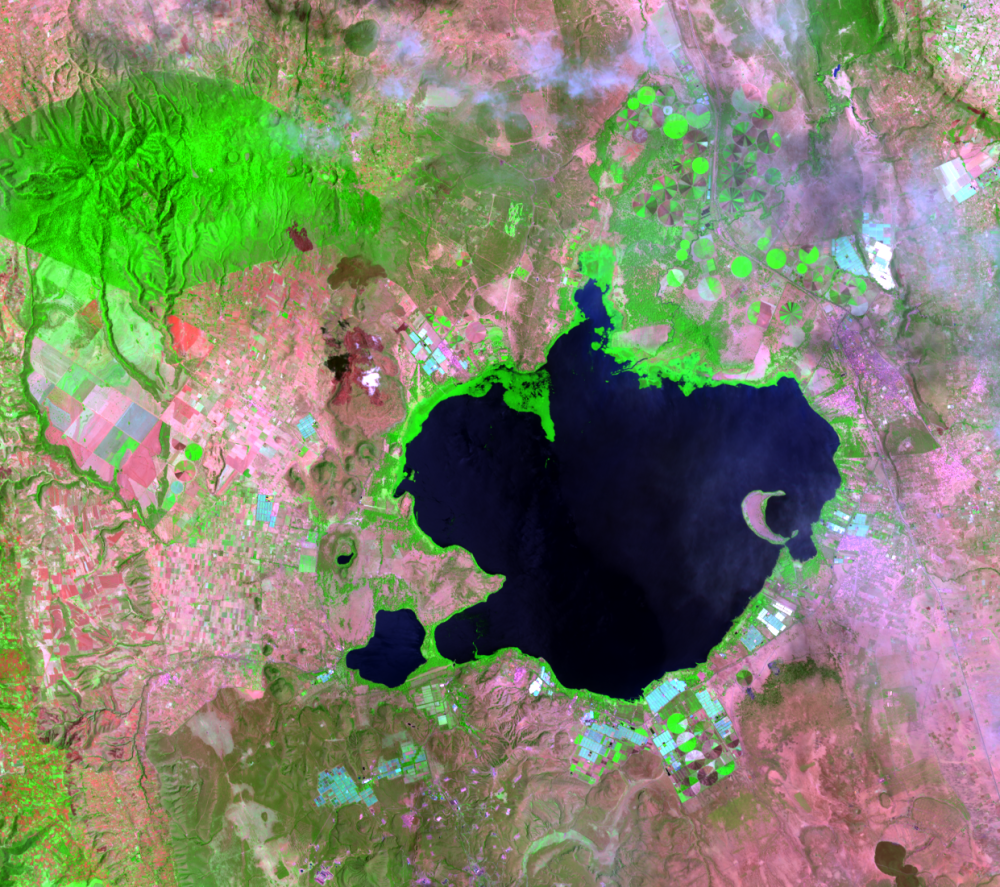 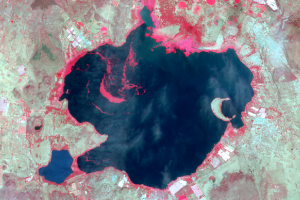 The Sentinel-2 satellites from the European Space Agency (ESA) use infrared imaging to highlight certain information about the land surface. In the ne...