The water that is used to grow these crops dates back to the last ice age. Known as fossil water, it has been buried deep underground for about 20,000 years.

The agricultural fields are round because of a technique called center-pivot irrigation. Sprinkler systems move around a central pivot to water the field. The technique provides better control of water and fertilizer use, which is important where water can evaporate quickly. The fields shown in these close-ups vary in size. The largest circles are about 1 kilometer across.

The drawback with this technique is that water in these aquifers is not recharged. Rainfall here averages only 100 to 200 millimeters per year, and that makes the groundwater in the area a nonrenewable resource.

The amount of water stored in the aquifer under the desert ranges from 252 to 870 cubic kilometers. Hydrologists believe it will only be economical to pump this groundwater for about another 50 years.

Groundwater irrigation here is only possible because of another nonrenewable resource—oil. The Saudi government used income from the sale of oil to fund these irrigation systems. Saudi Arabia spent billions of dollars developing agriculture in the last 15 years of the 20th century. In 2008, the Saudi government began phasing out domestic wheat production. By 2016, the country ended its domestic wheat production program because of concerns about the depletion of water reserves. However, since the announcement to phase out wheat, some farmers have begun growing forage crops to feed livestock, a less efficient use of water. 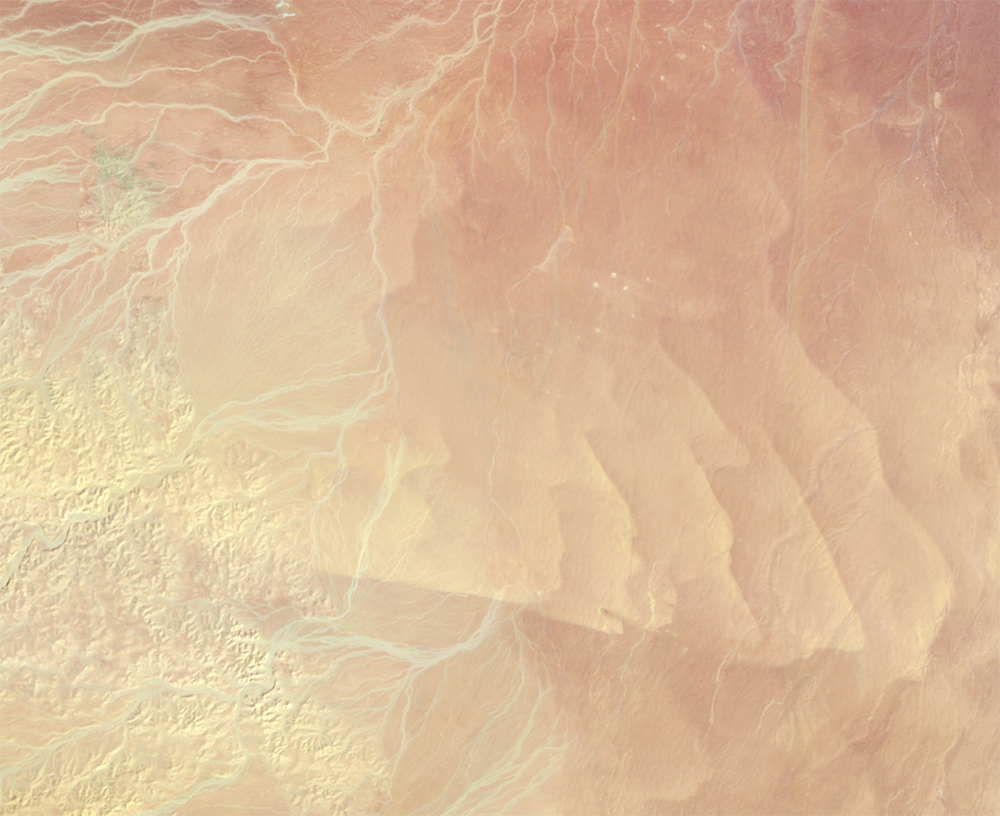 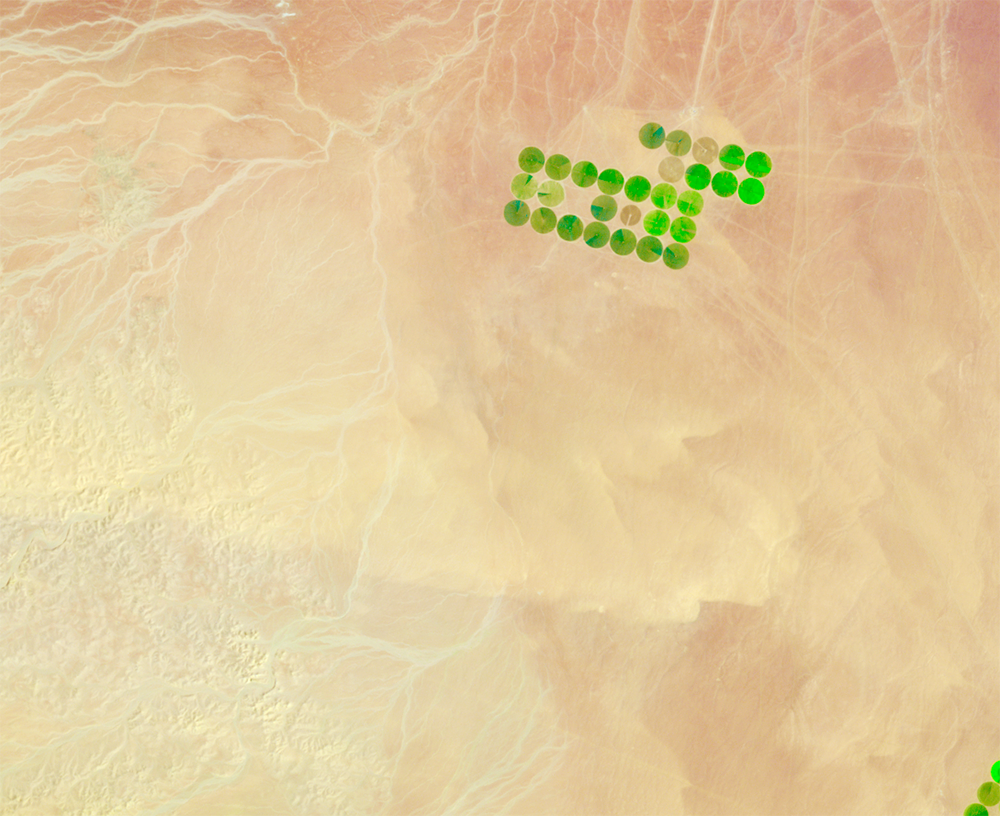 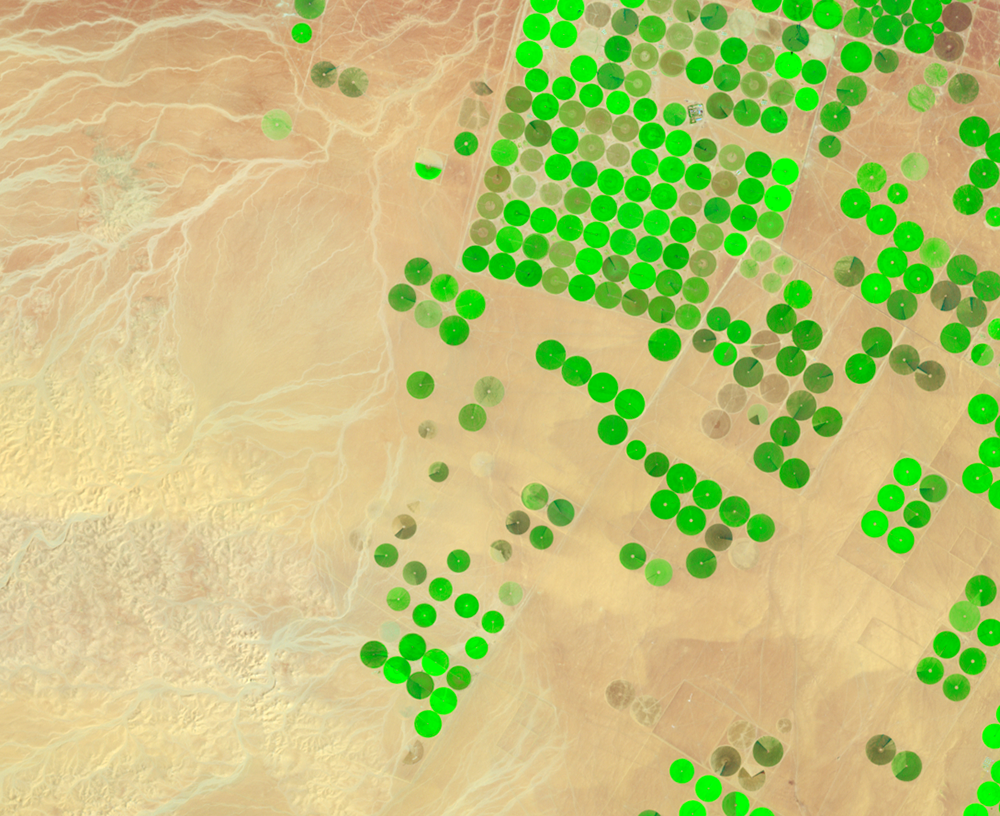 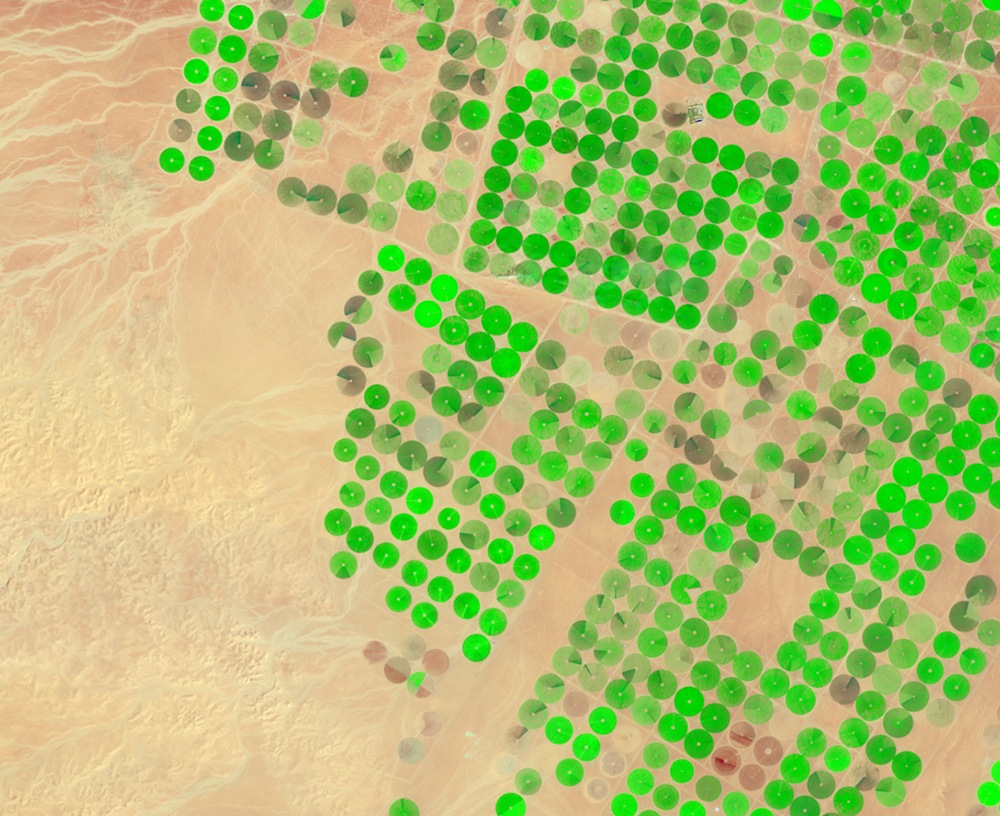 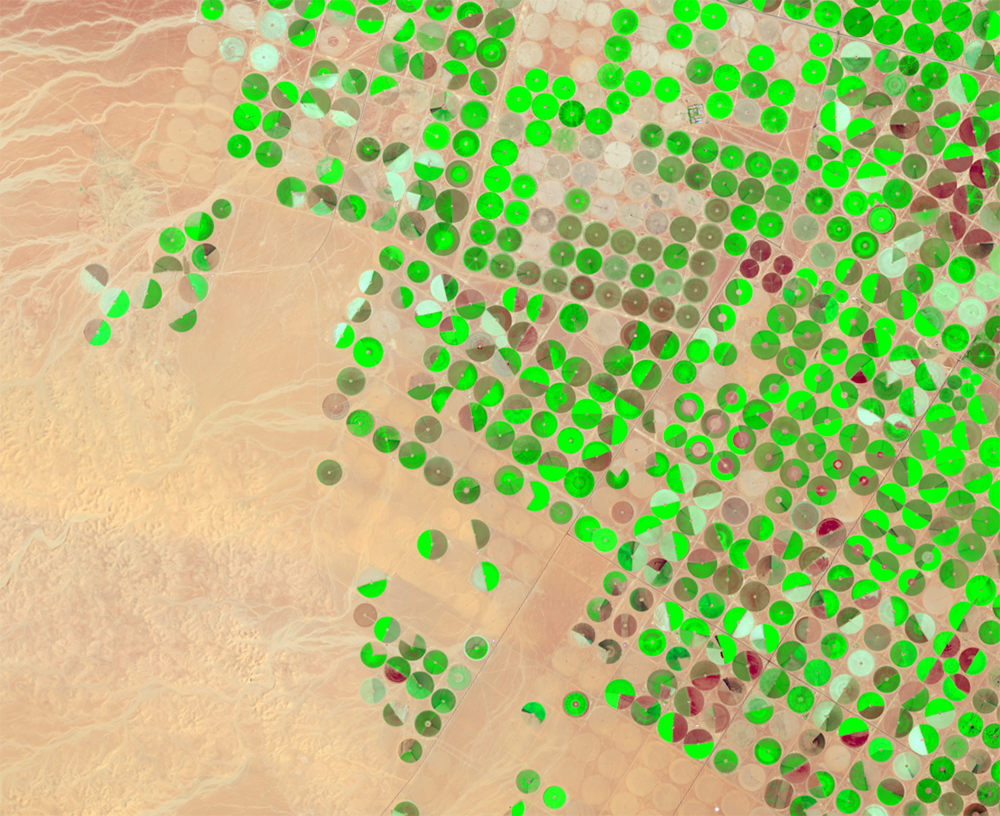 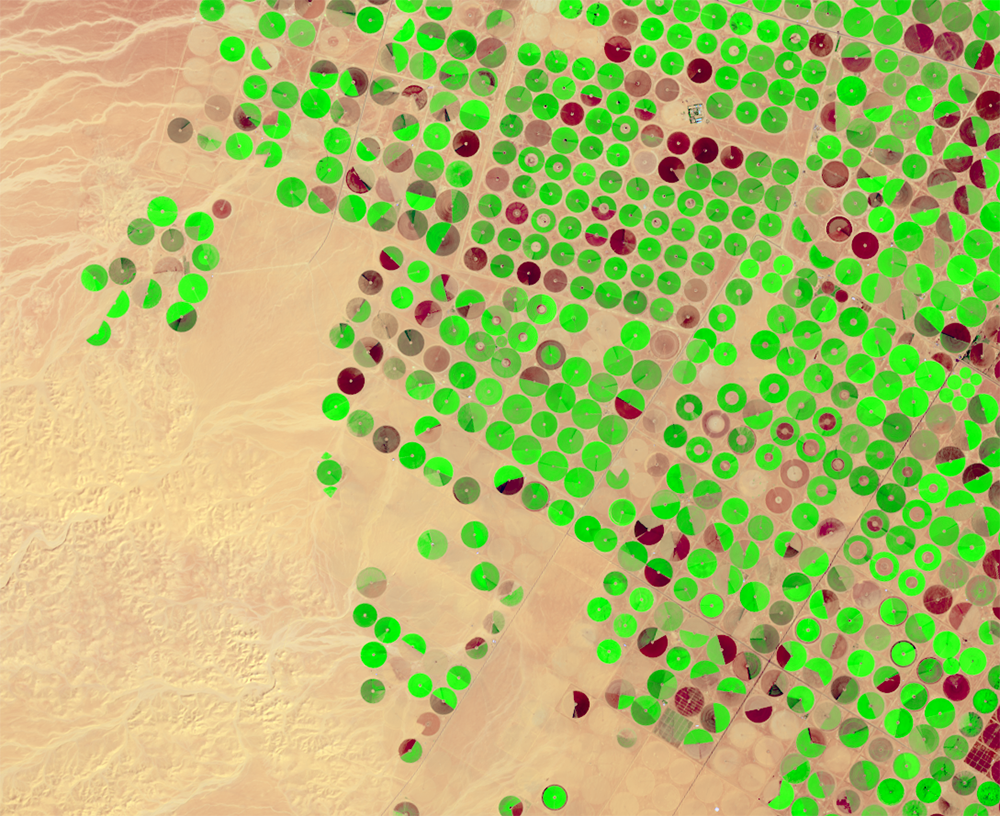 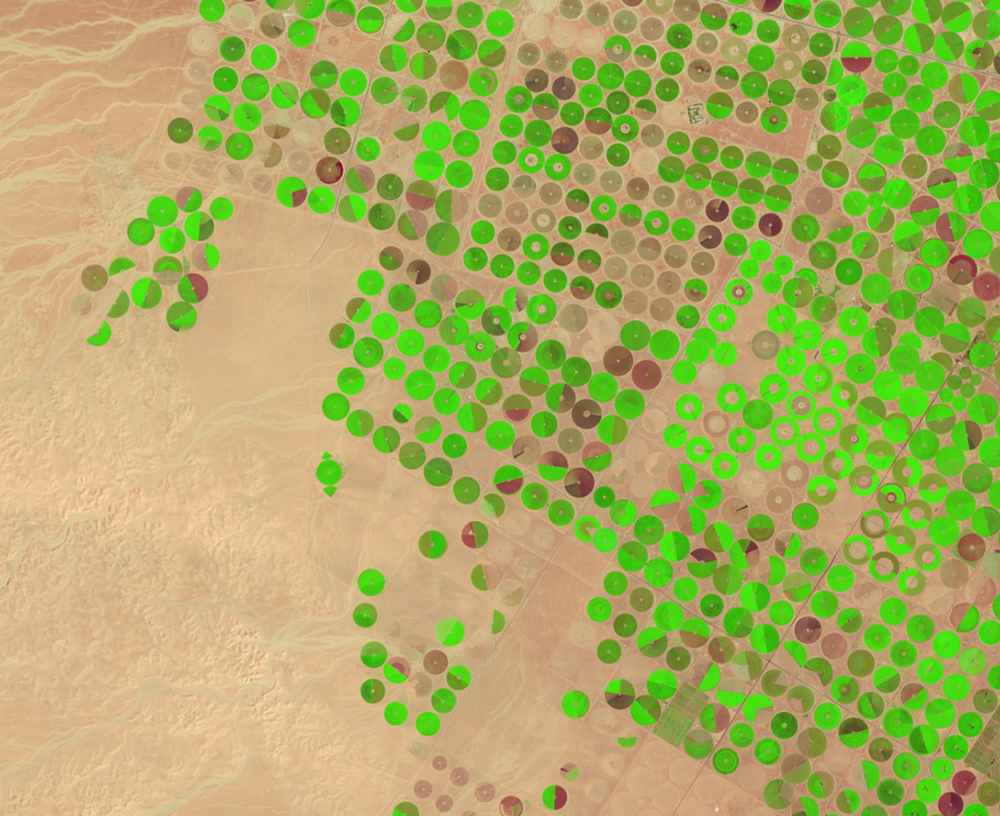 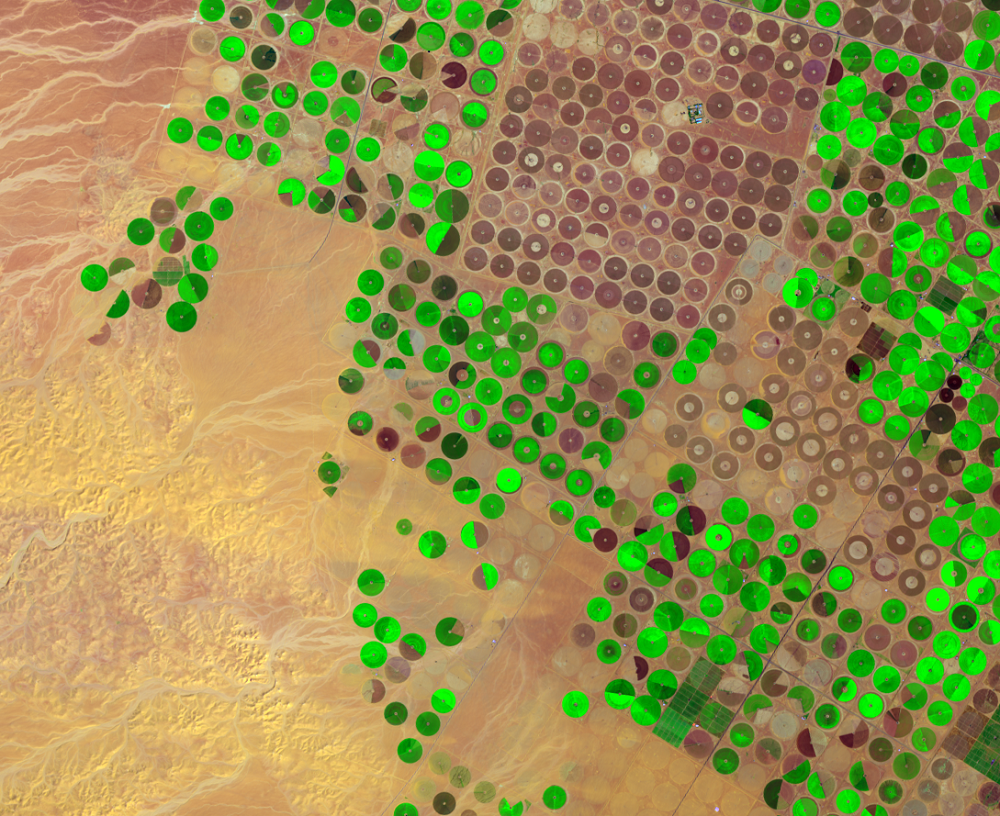 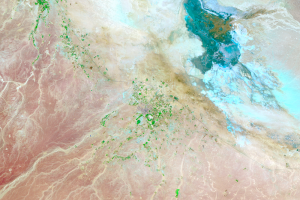 The increasing use of center-pivot irrigation matches the population growth of the city of Tubarjal. The city expands spatially in these images, and i...