Other mines also continue to expand, even in the Landsat era. The Hull-Rust-Mahoning Mine near Hibbing is one of the biggest mines in the world. Some call it the “Grand Canyon of the North.”

Rather than a natural wonder, the 535-foot-deep mine is another huge open pit gouged into the Mesabi Range and expanded over the decades. In the Landsat images, it’s still the tailings basin that stands out and takes up more land area. The mine itself is between the tailings basin and the city of Hibbing. Both the basin and the mine expand during this time series of Landsat images.

Another tailings pond expands farther to the south. This is the Keetac mine and tailings basin.

Another USGS aerial photo shows part of this area pre-Landsat. The Hull-Rust-Mahoning open-pit mine is just north of Hibbing in 1953, but the current tailings basin had not been established yet. 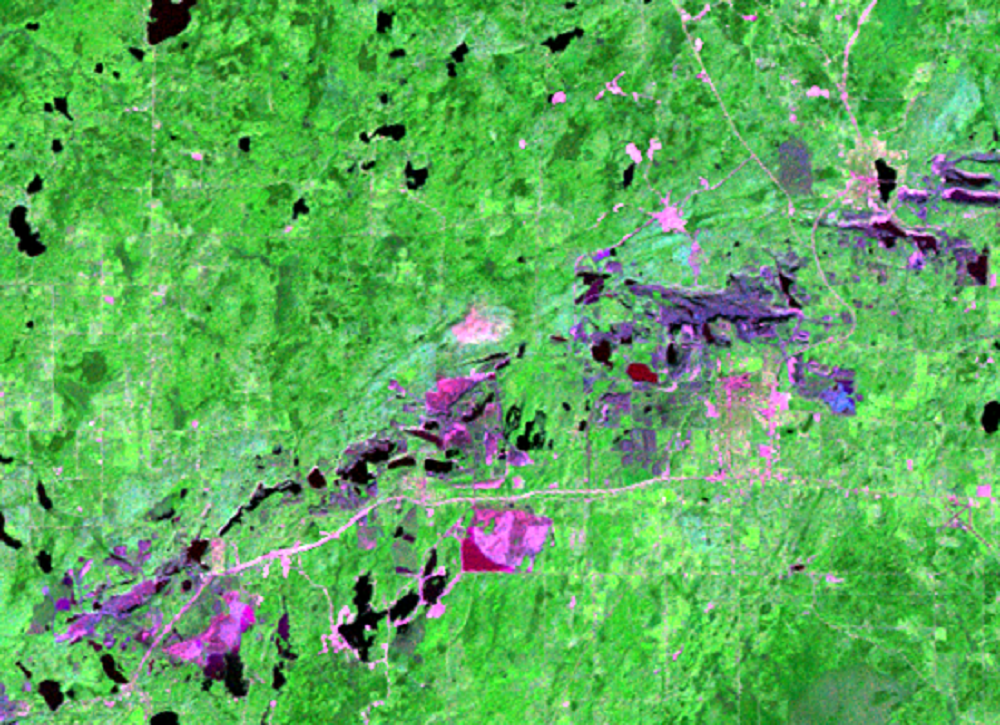 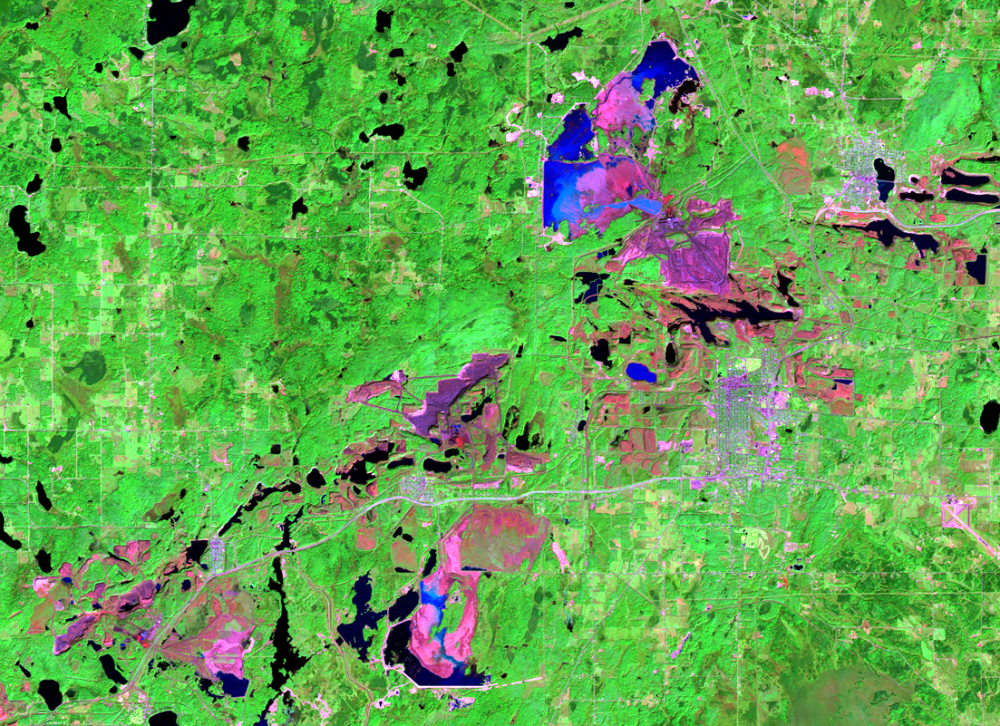 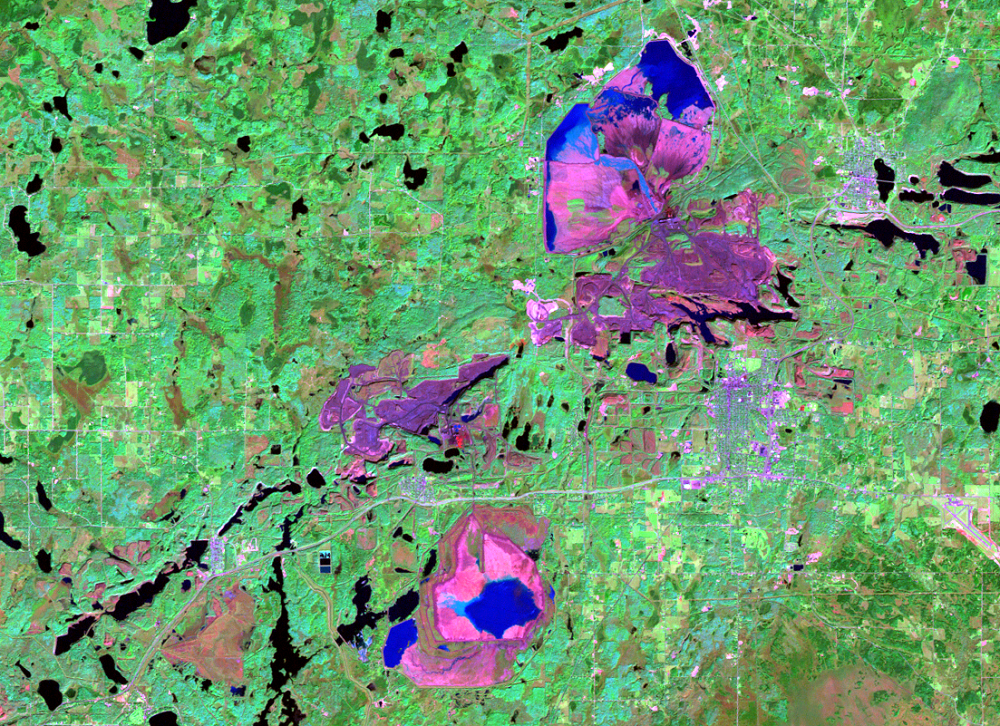 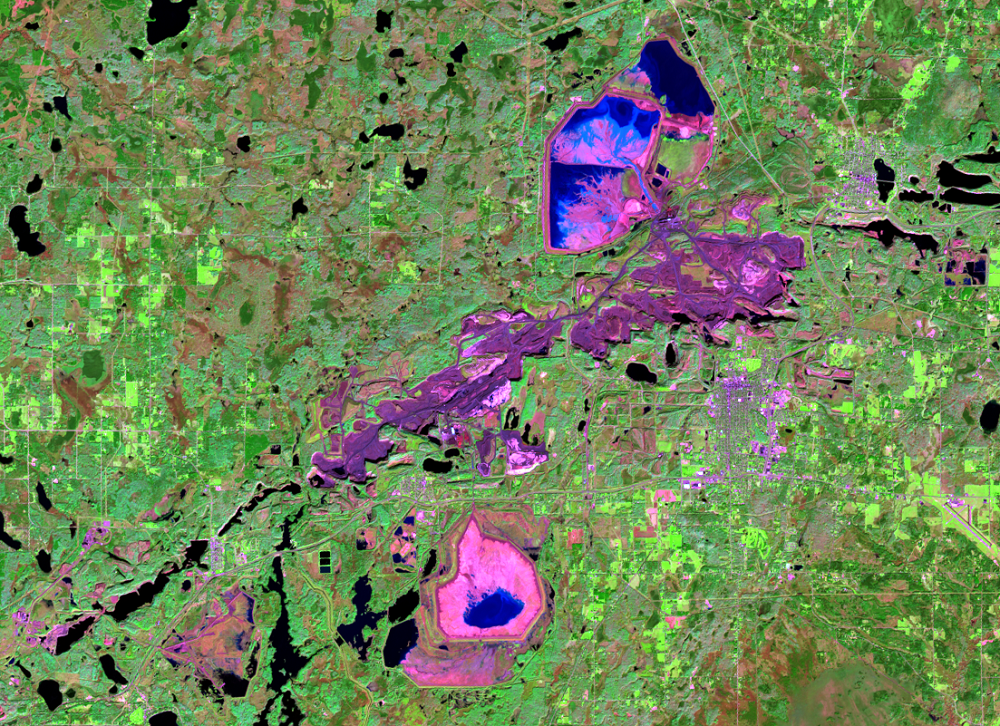 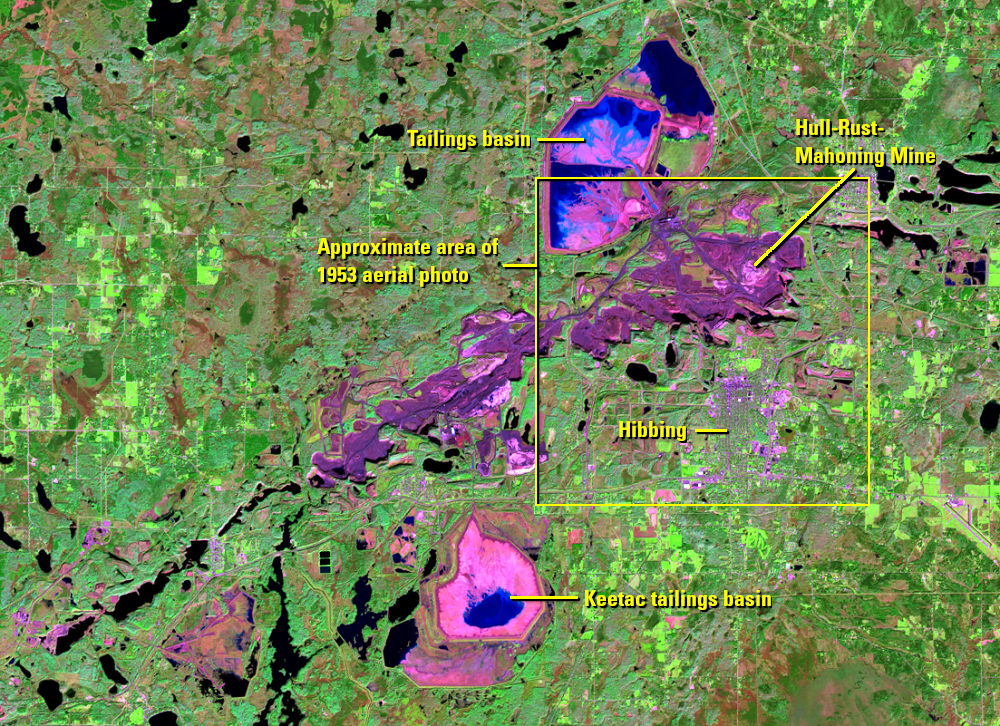 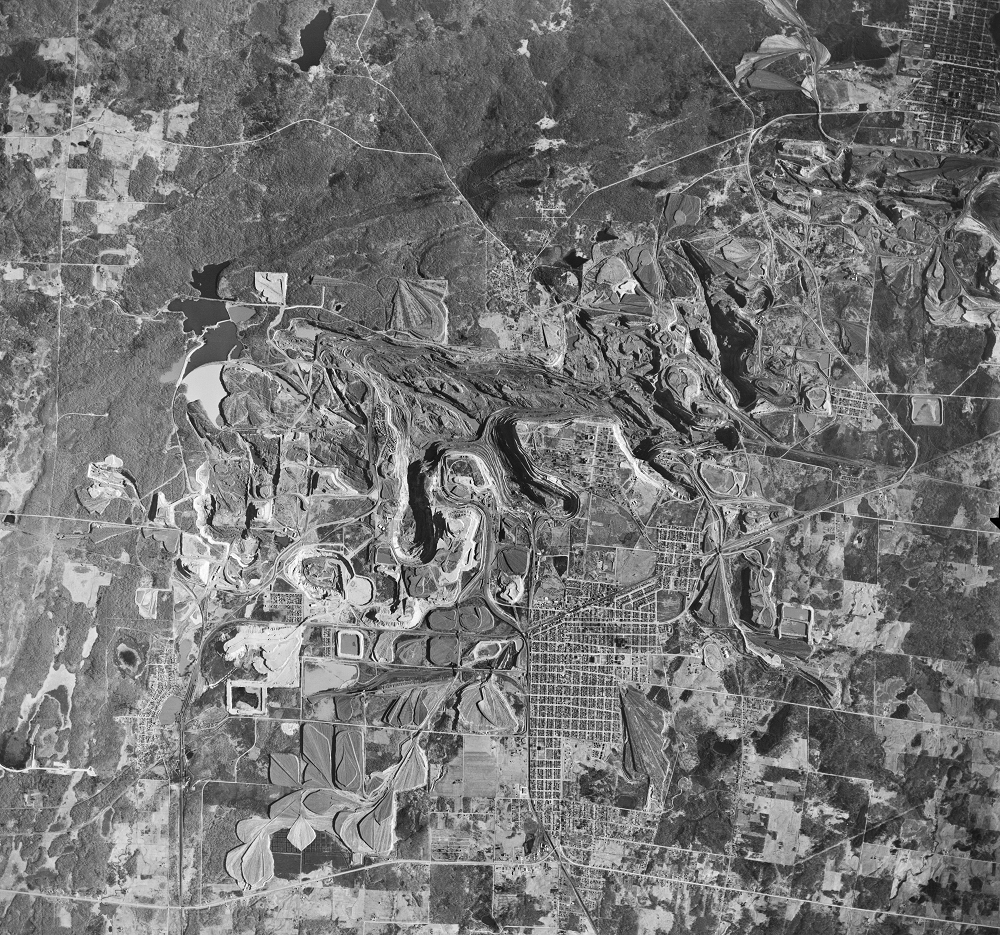 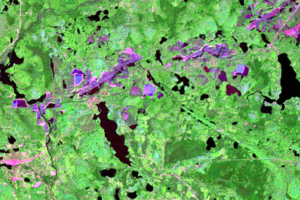 At the western end of the Mesabi Range is another consequence of the mining industry. Once mining operations halted in some parts of the Range, the de... 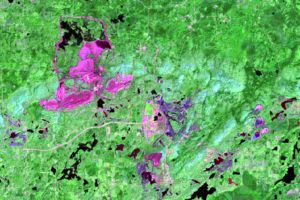 The mines on the Mesabi Range historically extracted hematite, a rusty-red gravel-like ore. Hematite contained 50–70% iron and could be dug out of the...