Healthy crops normally surround Sioux Falls. The healthy crops appear bright red because red represents the near-infrared light (that human eyes can’t see) that is highly reflected by healthy vegetation. Most of the crops grown in this area are soybeans and corn. Some of those fields turned gray in the 1997 image, where the hailstorm converted the cropland into bare soil. The conversion was temporary, however, as the Landsat 5 image from 1998 demonstrates. The cropland is back to the expected red, indicating healthy crops. 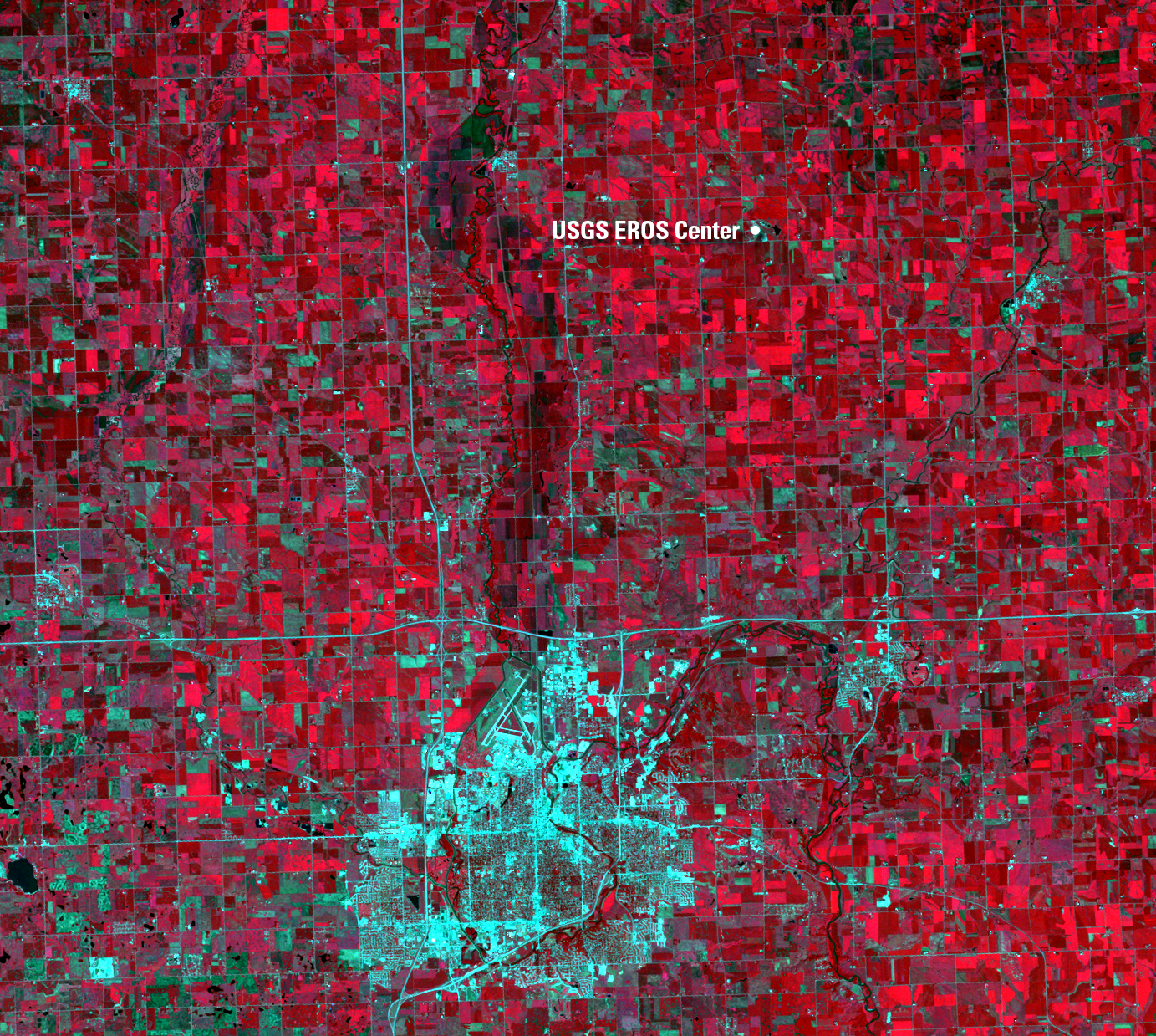 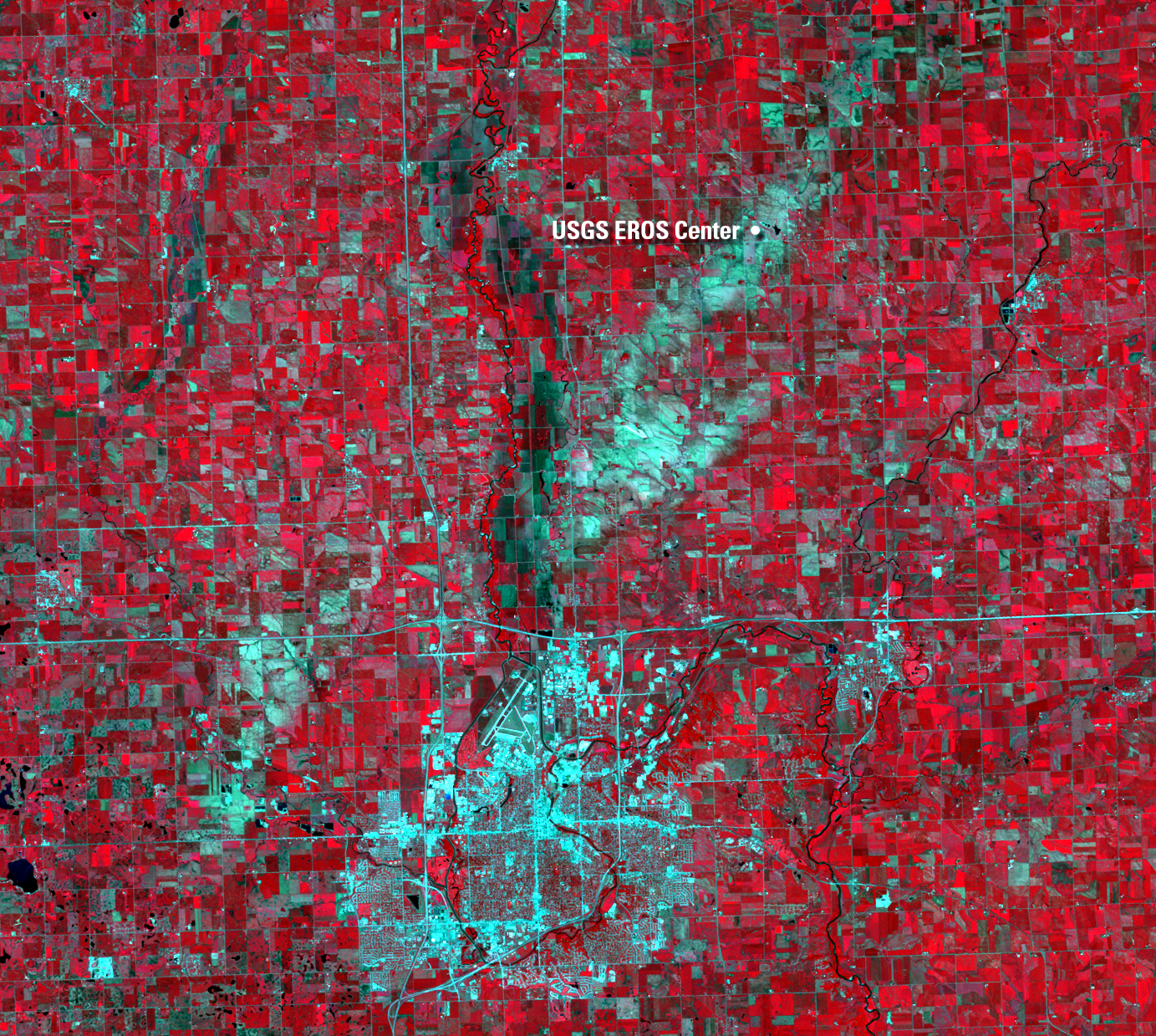 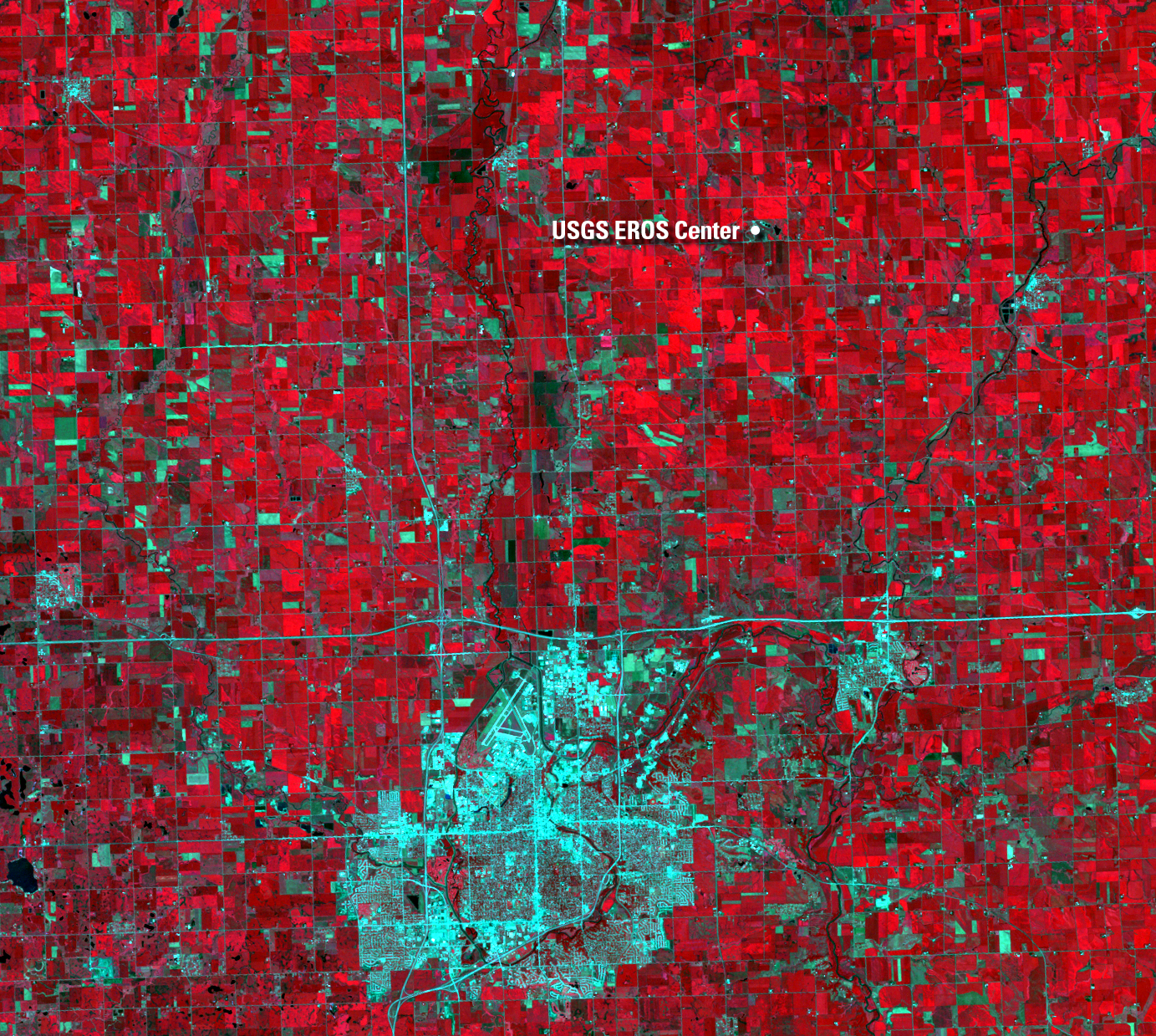 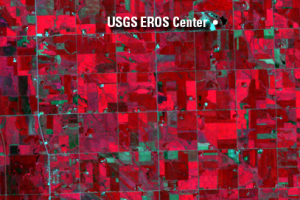