These forest condition assessment maps represent changes in expected forest reflectance signatures compared to average patterns over an 11-year baseline. Blue pixels indicate forest conditions that are within the normal range of variability, while yellow, orange, and red show sustained decreases in vegetation greenness that coincide with caterpillar stages of the gypsy moth life cycle and are indicative of varying degrees of defoliation.

Data from Landsat not only detects initial outbreak and magnitude of the defoliation but also recovery later in the season. 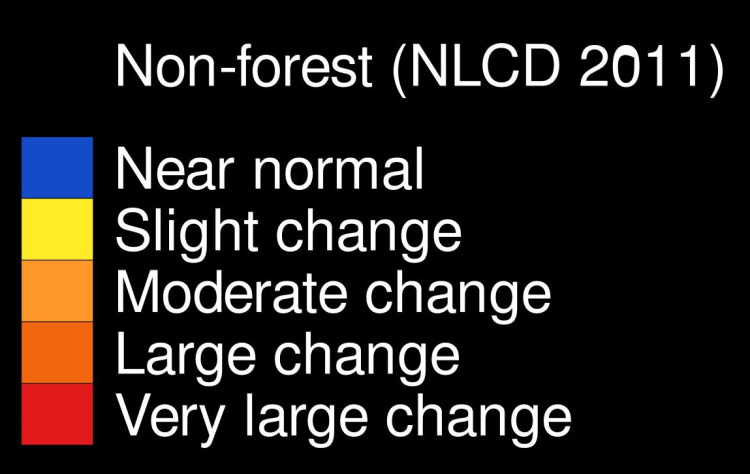 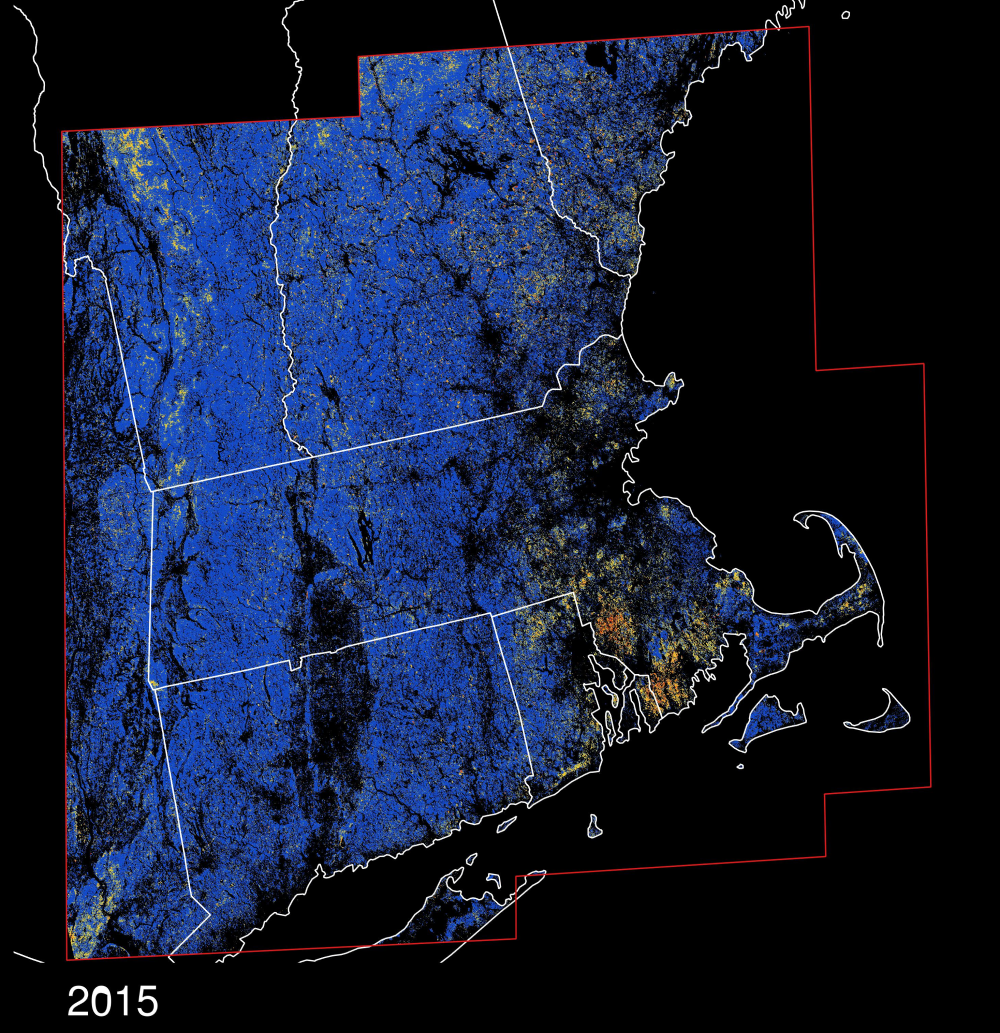 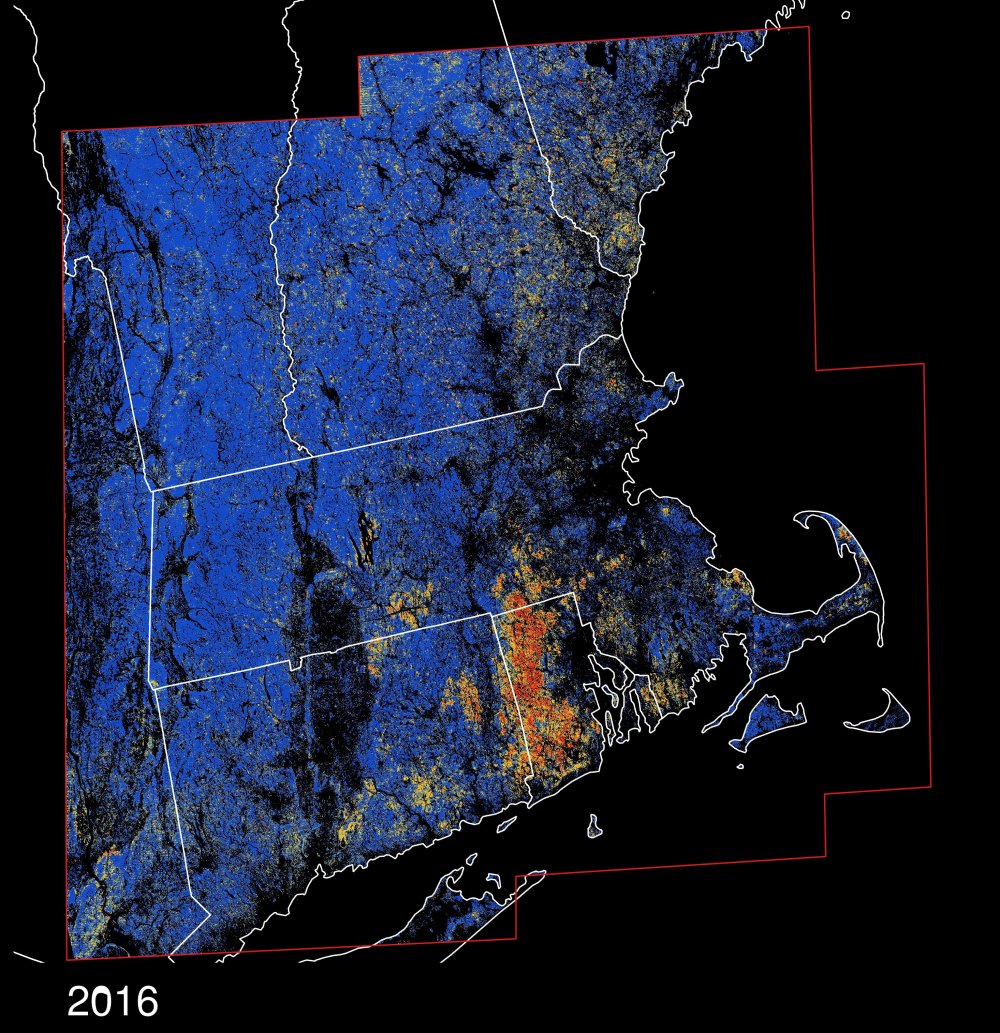 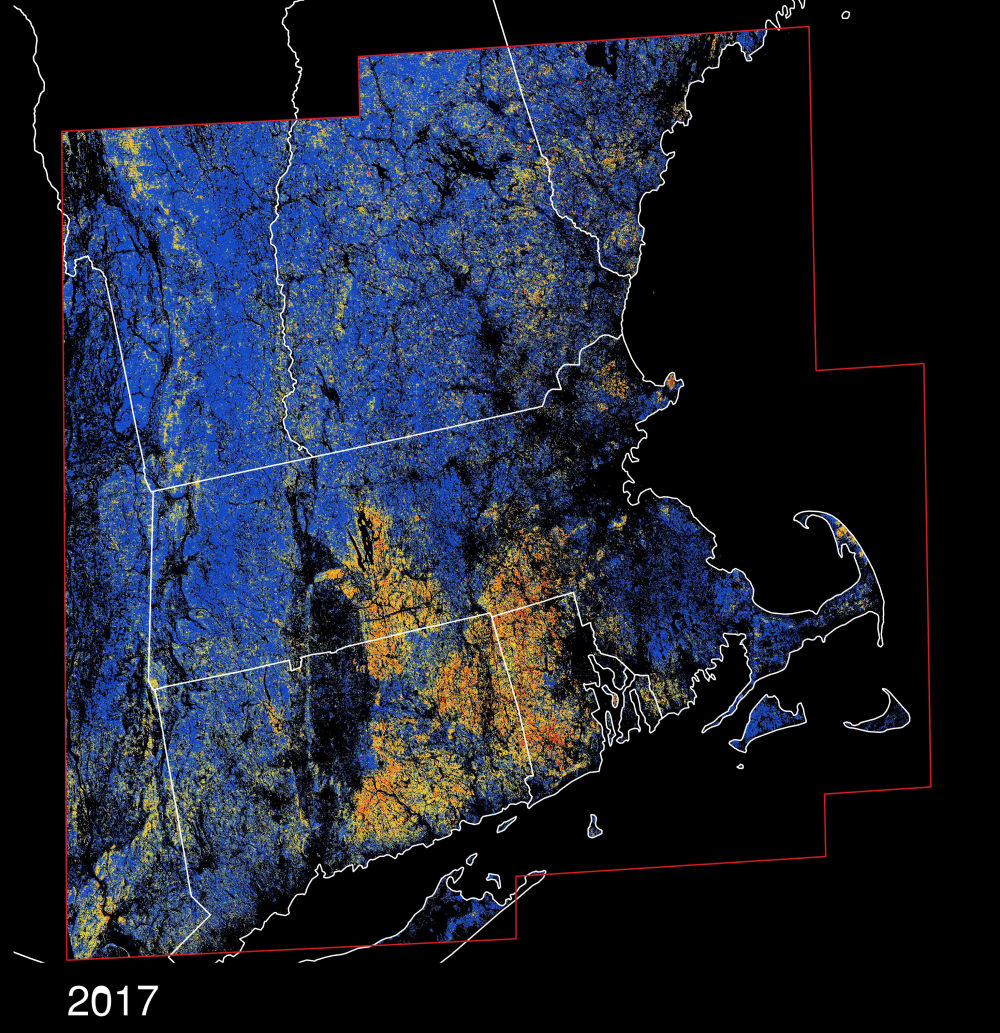 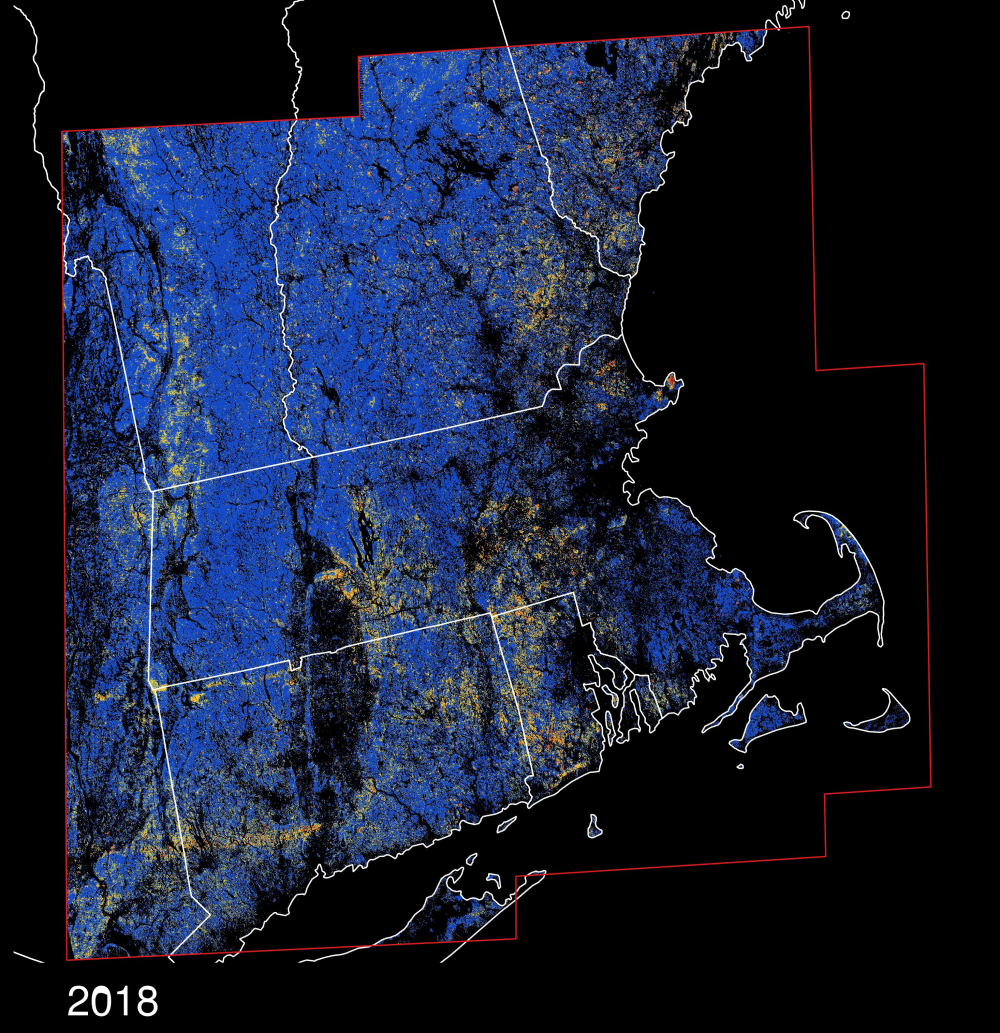 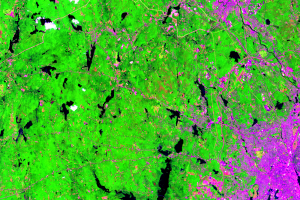 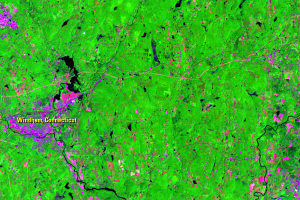 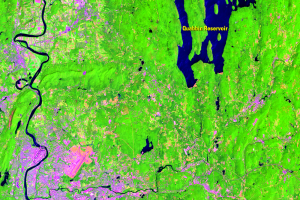