The Sentinel-2 satellites from the European Space Agency (ESA) use infrared imaging to highlight certain information about the land surface. In the near-infrared wavelength of light, actively growing vegetation appears red in these images that show the lake more closely at a resolution of 10 m.

The nuisance plant is water hyacinth, a fast-spreading, free-floating plant that forms moving, impenetrable mats. It hinders boating and fishing and interferes with the ecology of the lake.

European settlement in the early 1900s likely brought hyacinth to Lake Naivasha. Around 1920, hyacinth was tossed into the lake to beautify it. Low nutrients restricted it to the shallow northern shores for decades. It spread to other parts of the lake in the 1980s. The flower farms increased at this time, using so much water that the lake level dropped, exposing hyacinth seeds. As the lake became over-enriched with farm runoff, the hyacinth thrived.

In the Landsat images in the other sections, the near-infrared wavelength is used to make vegetation appear green. The extent and location of the hyacinth on the lake’s surface changes over the years in those images, visible as the bright green shapes on the lake.

The hyacinth was at first limited to protected bays and estuaries. The western part of the lake has been most affected recently, but these images do show it spreading over various parts of the lake. Scientists will continue to use Sentinel, Landsat, and other remote sensing instruments to track the changes caused by the blooming cut flower industry. 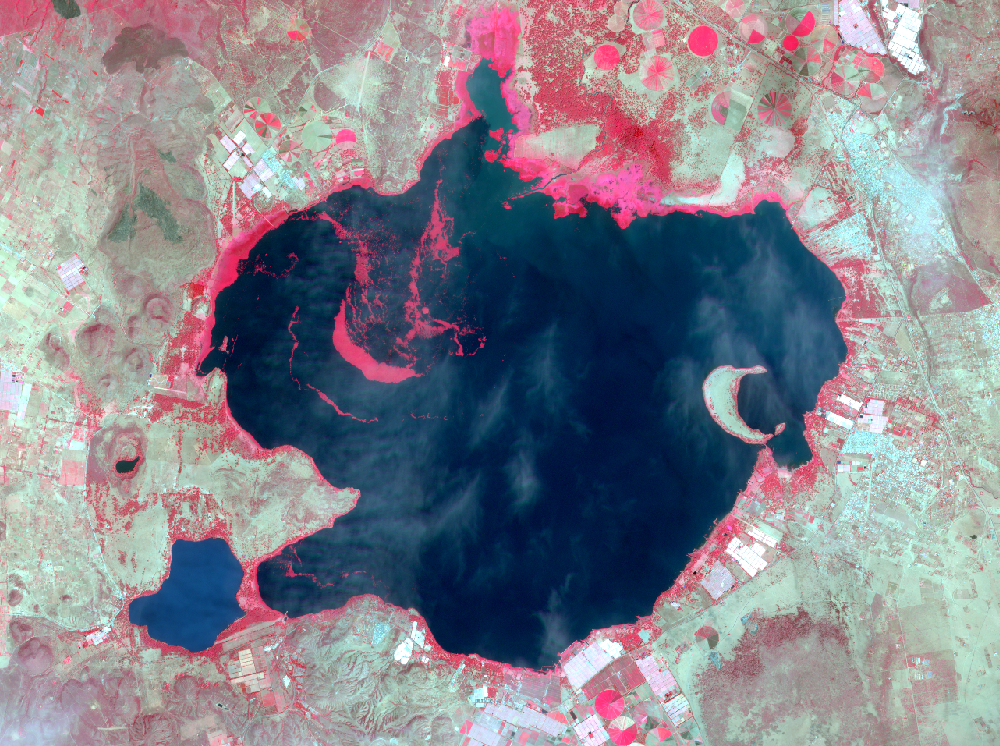 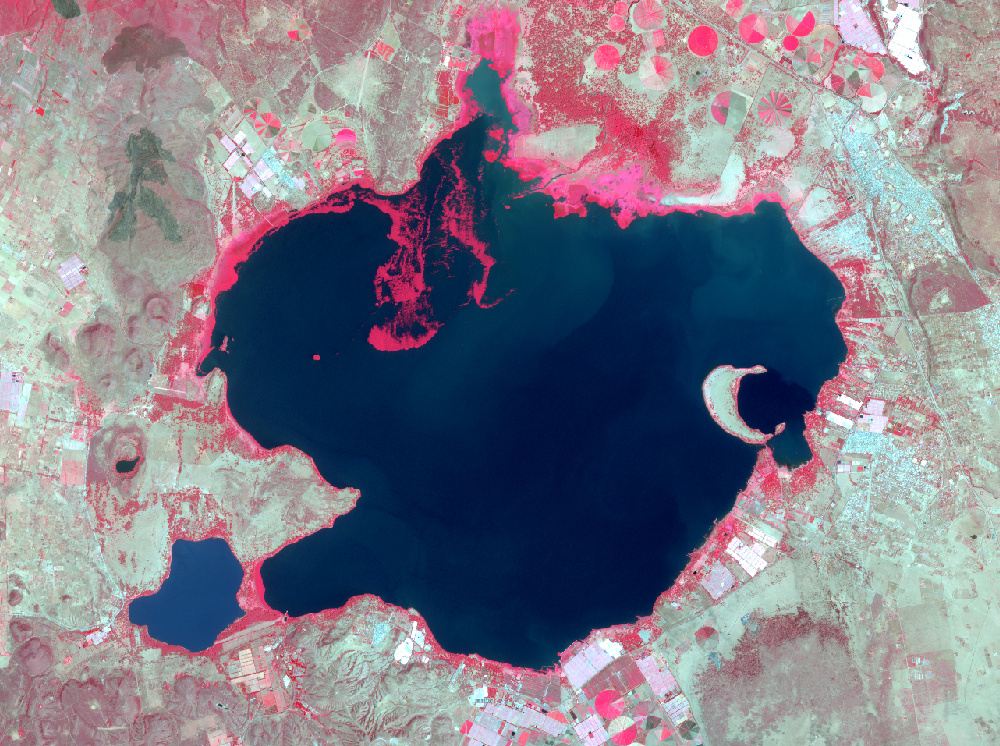 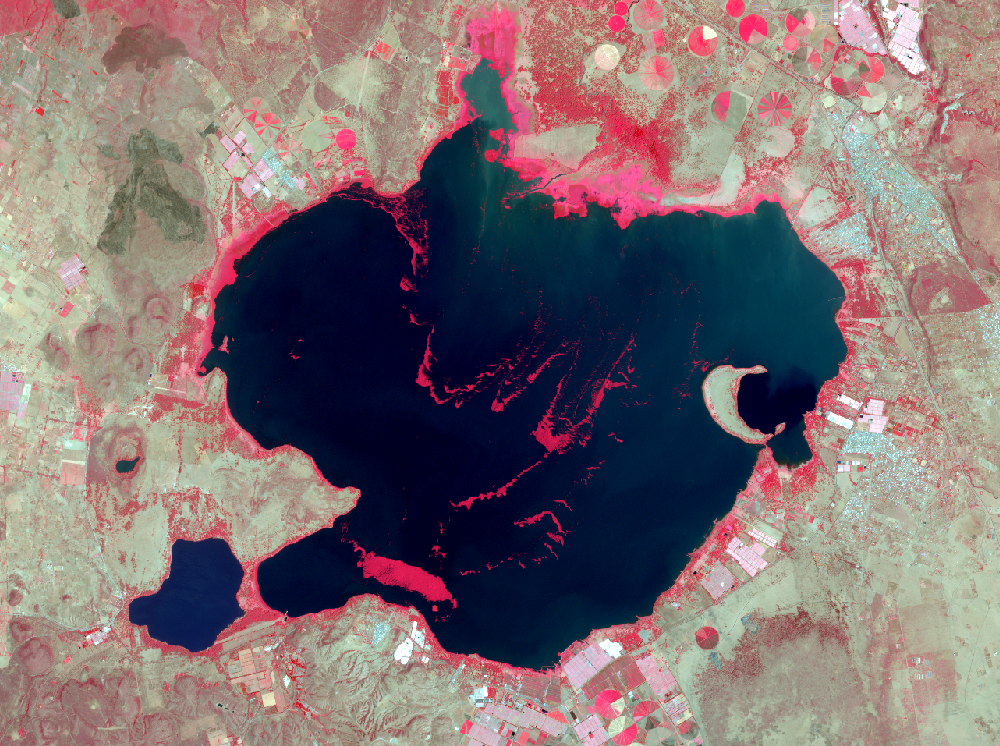 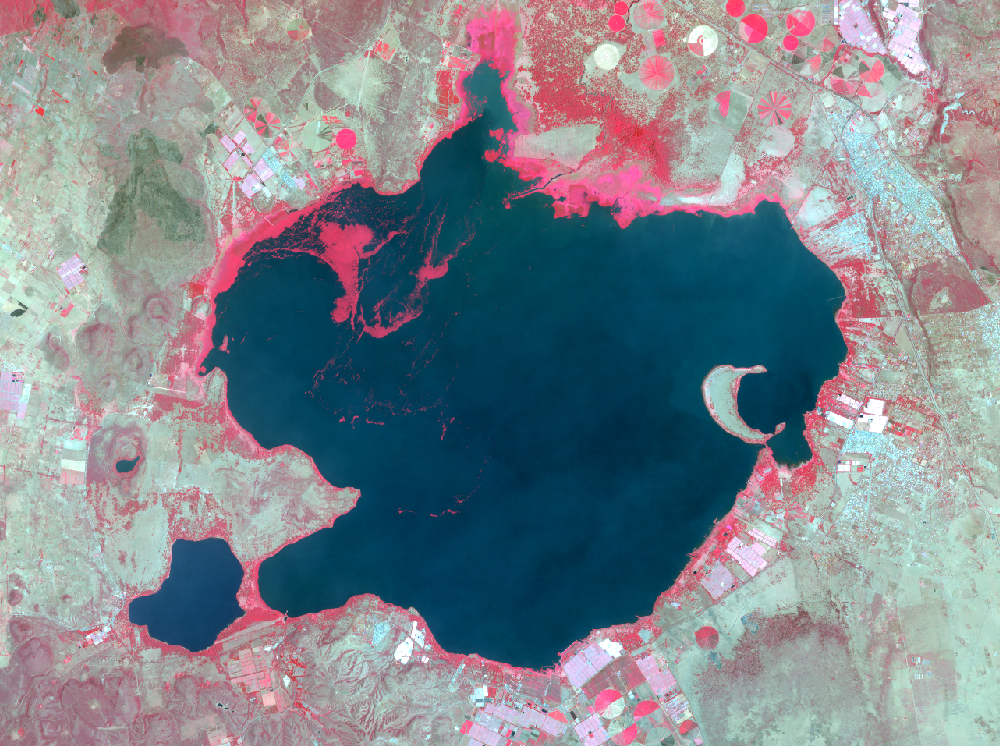 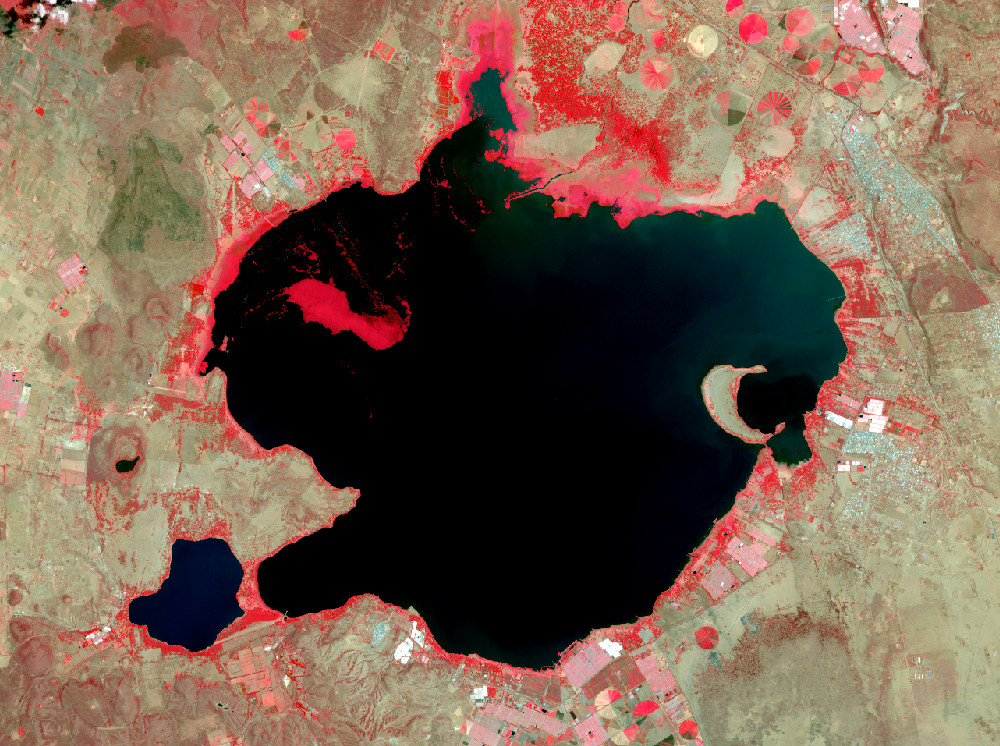 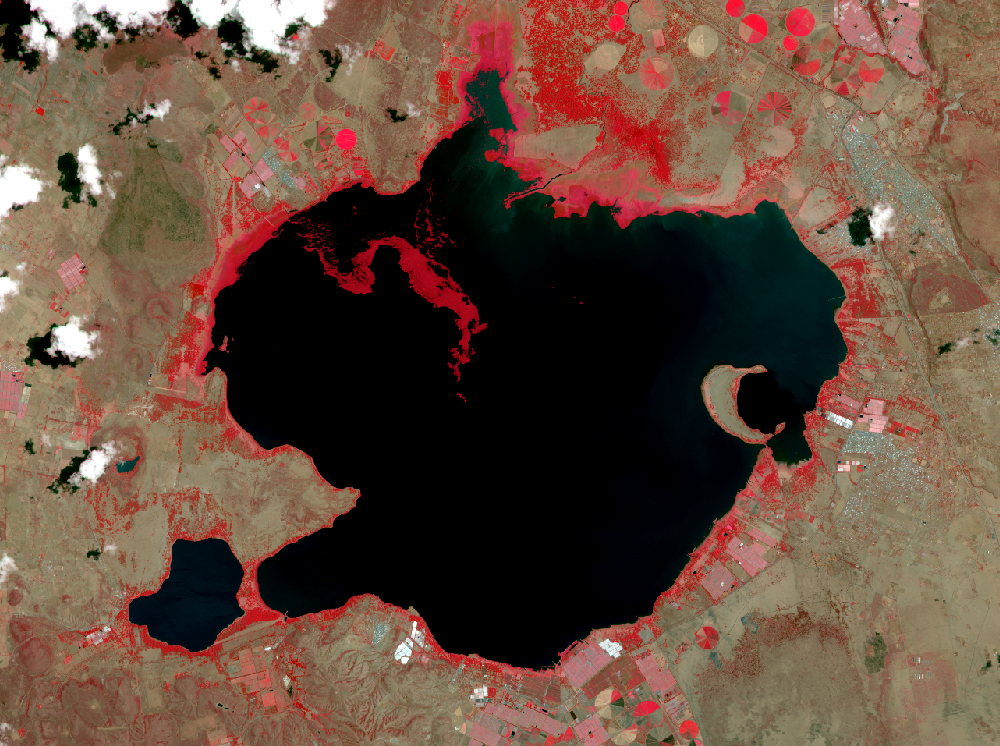 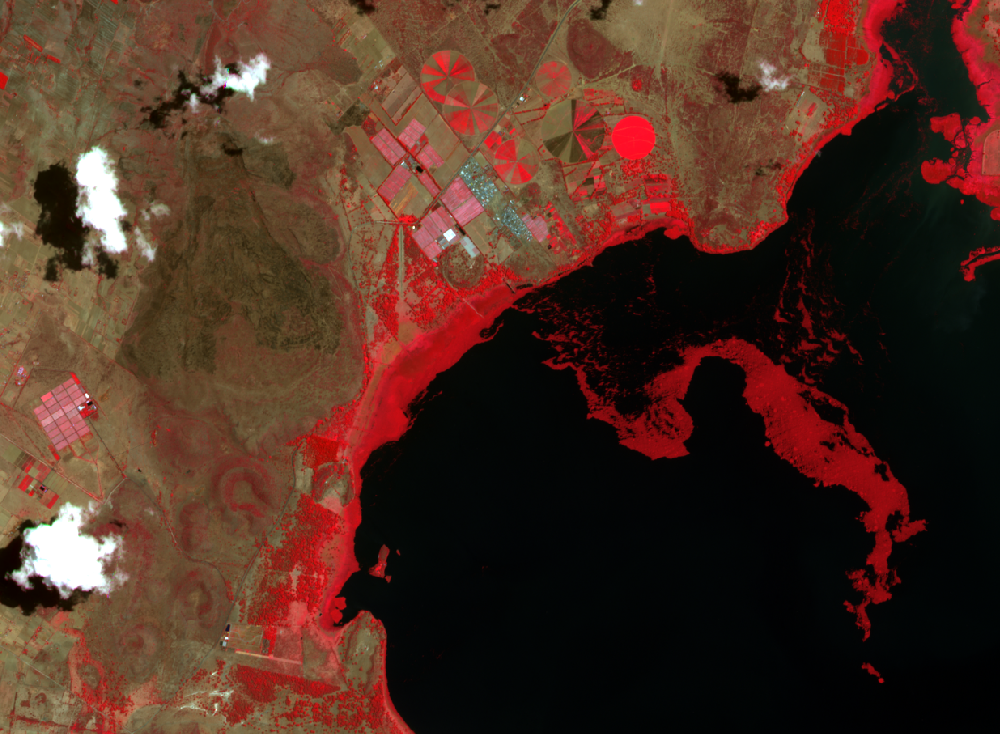 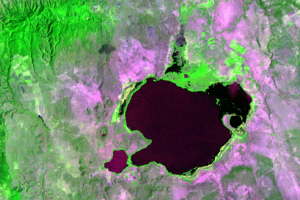 The cut flower industry can be seen in Landsat images near the lake in both outdoor fields and in glass greenhouses. The greenhouses are silvery in th...