Major rifts have formed near a distinctive feature called the McDonald Ice Rumples. The feature, rising about 10 m above the surrounding ice shelf, may be responsible for the relative stability of Brunt Ice Shelf over most of the 20th Century.

Ice rumples form when ice flows over a rocky formation on the seabed. As the shelf moves toward the ocean, ice collects behind the rock and wrinkles. This rocky formation impedes the flow of ice, causing pressure waves, crevasses, and rifts to form at the surface.

Through this Landsat time series, the feature that causes the rumples remains stationary, while the ice shelf and its rifts flow west. 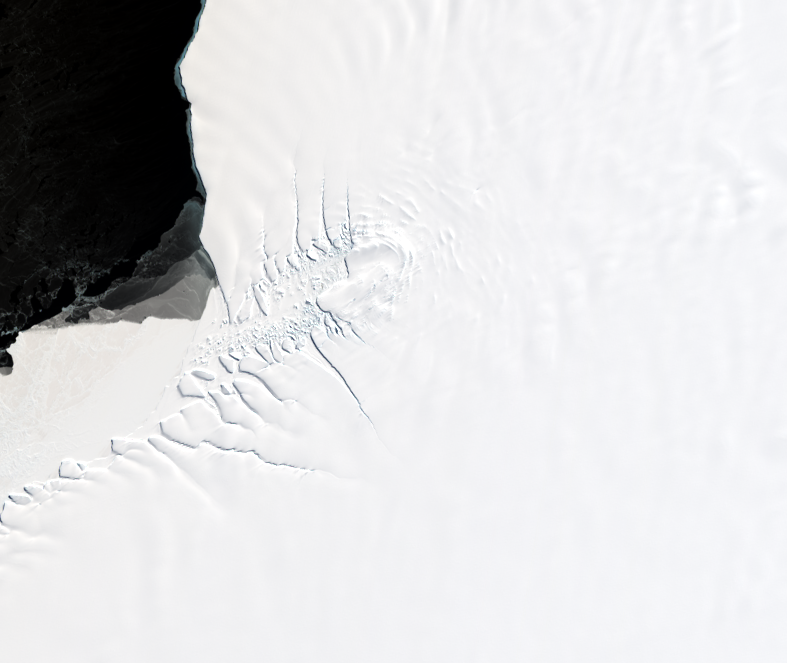 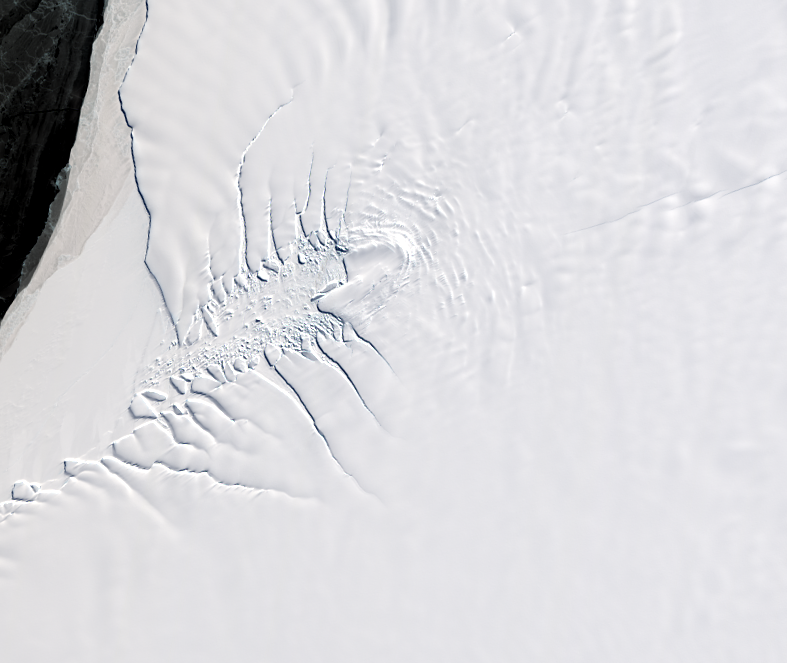 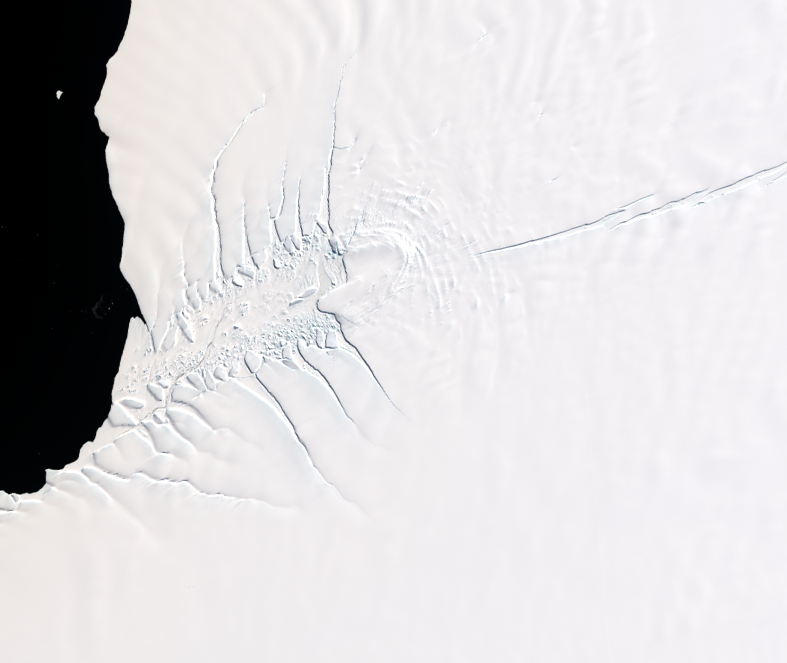 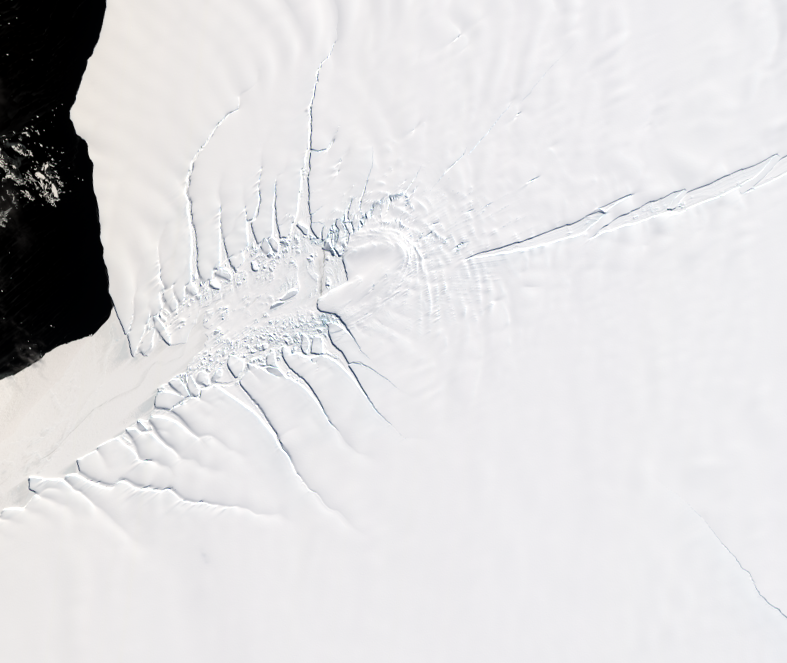 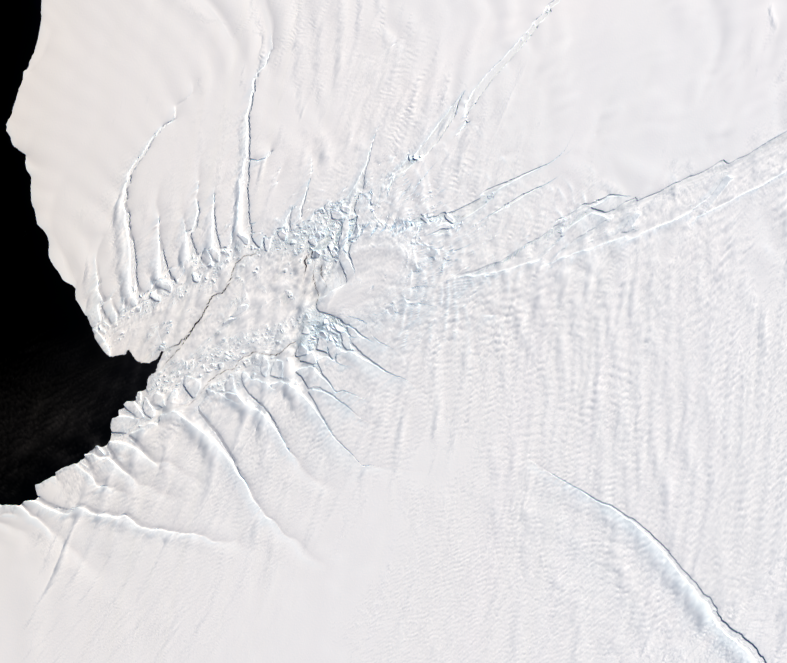 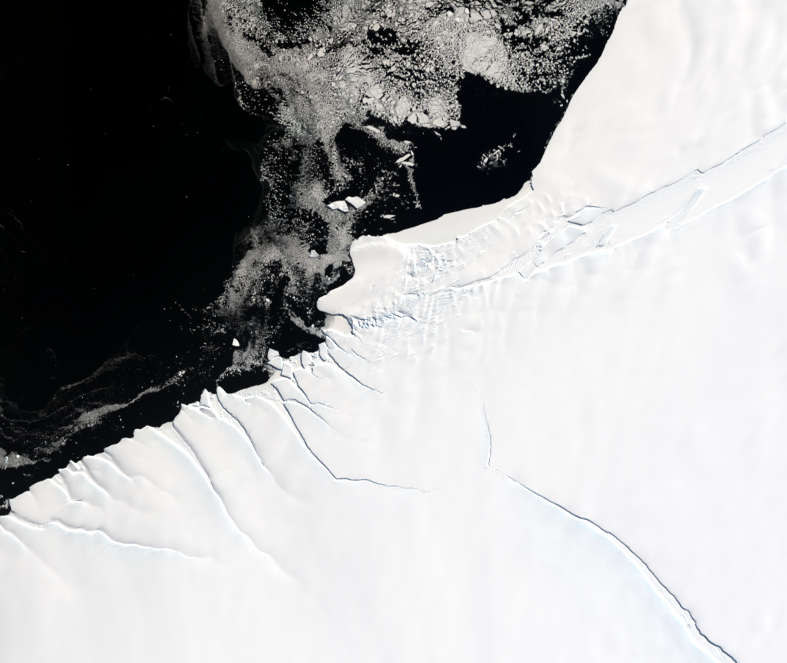 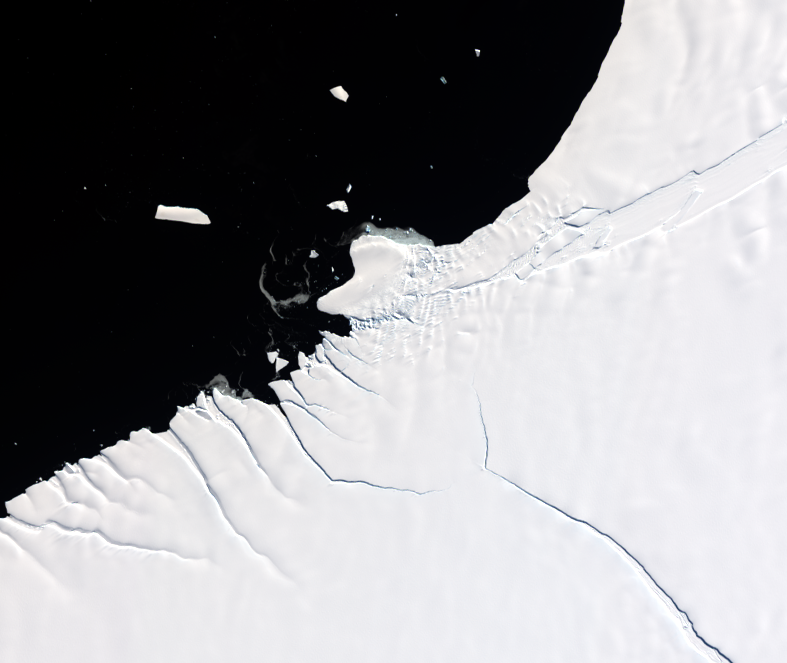 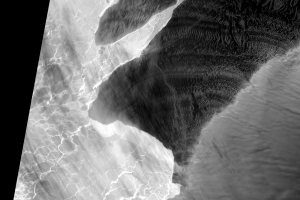 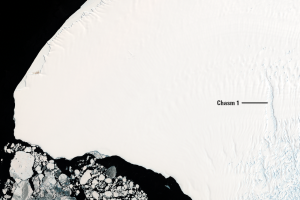 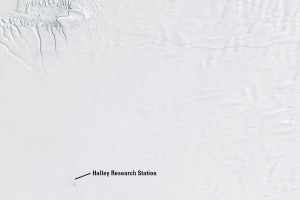 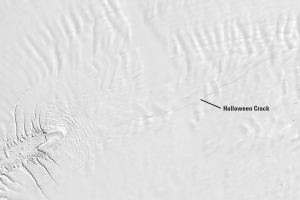 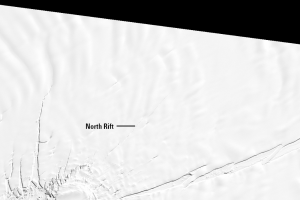 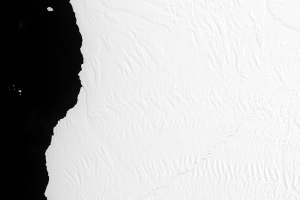