Iguazú National Park is located in Argentina on the border with Brazil and Paraguay. Its boundary is sharply defined as the bright green section on the right of the images. The Brazilian side of the park, north of the Iguazú River, is called Iguaçú National Park.

The park is almost an island of southwestern Atlantic rain forest, one of the few remaining original areas of this type of tropical rain forest. The Atlantic rain forest is distinct from the Amazon and once stretched along most of Brazil’s Atlantic Coast and inland several hundred kilometers. In 1973, there were some cleared areas just north of the Iguazú River in Brazil, but they have since regrown.

These images clearly demonstrate the effect of differing land use policies surrounding the park. Paraguay lies west of the Paraná River, which runs vertically through the center of these scenes. Paraguay has permitted complete development of the land. In 1973, the area seen in these images was vegetated, but by 2011, nearly all the land on the Paraguay side appears to be under human development, with a patchwork of cleared and agricultural areas.

The deforestation in Paraguay begins with the telltale fishbone pattern. Roads built into the forest are the entryway into clearing the land for agriculture. On the Argentina side of the river, development is considerably more modest than in Paraguay. The bottom middle part of these images shows a different forest management practice. The oddly shaped patterns of deep green are forest plantations used for lumber and pulp. While intense transition from forest to agriculture can harm the land and environment, these plantations can reduce soil erosion, improve water quality, increase carbon sequestration, and provide habitat for many species. 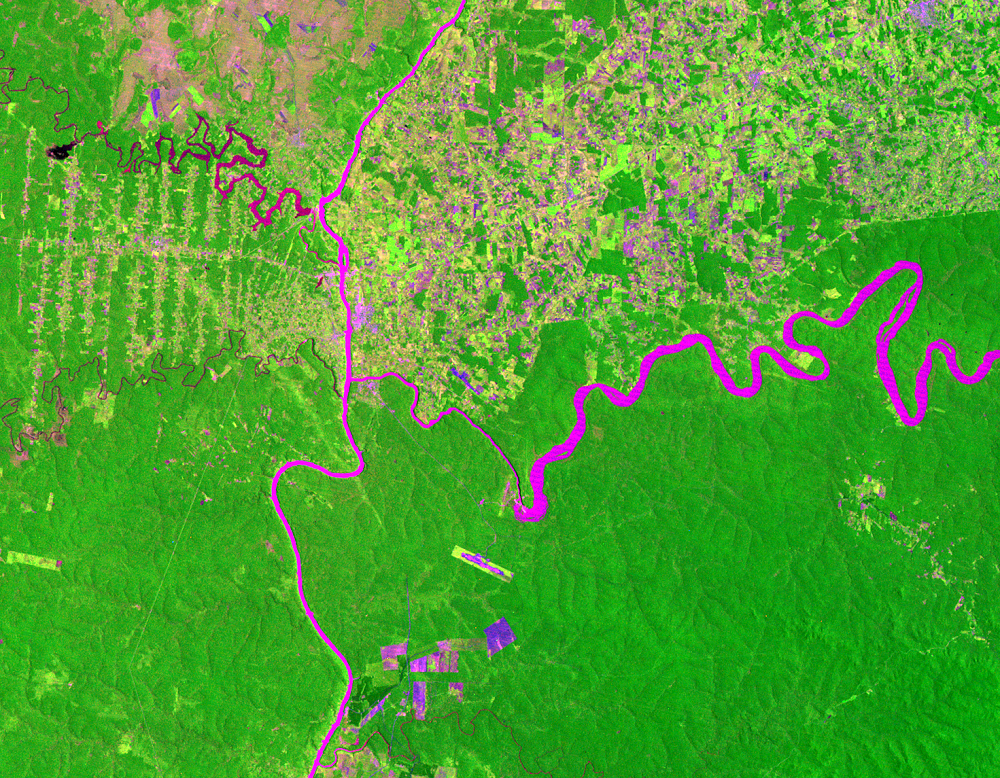 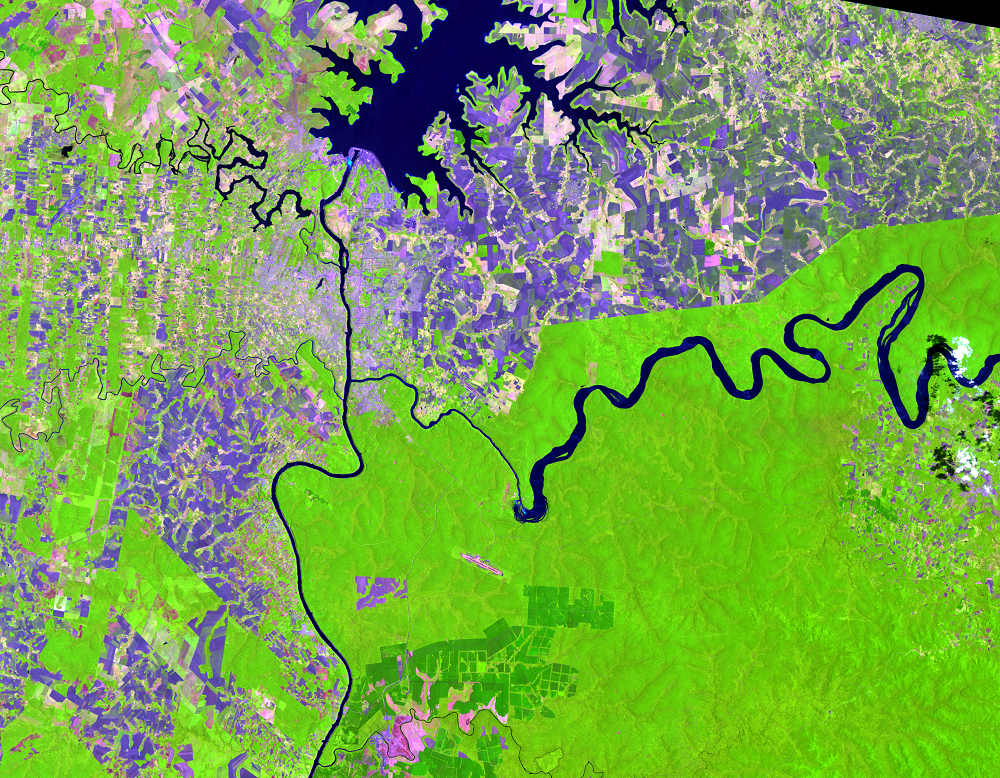 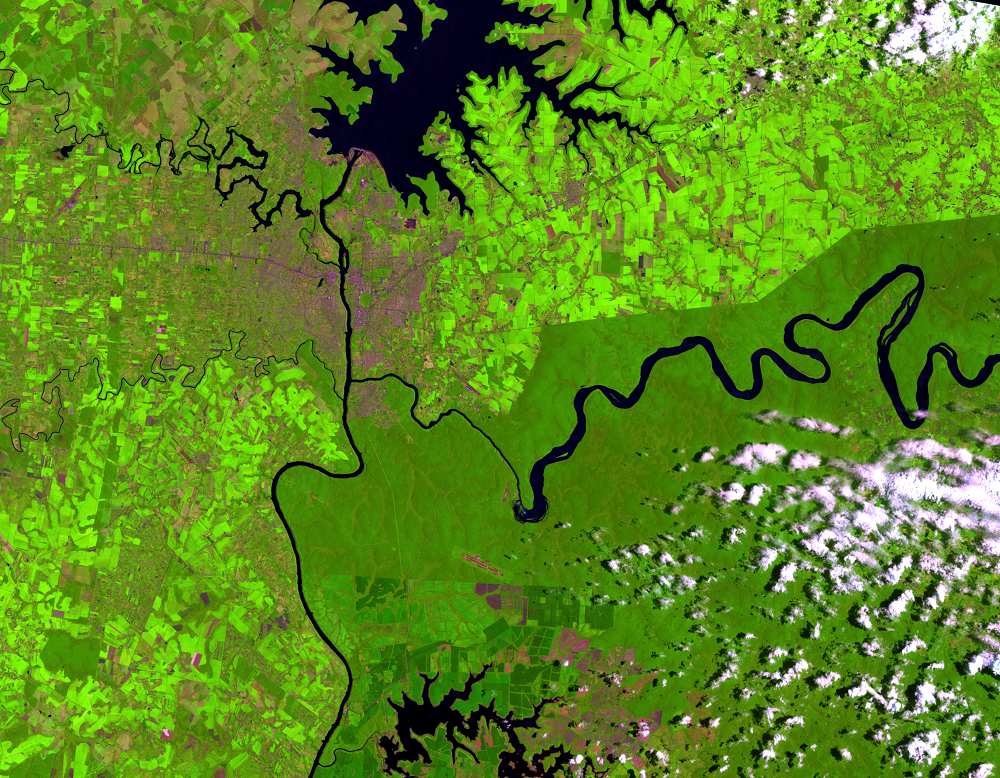 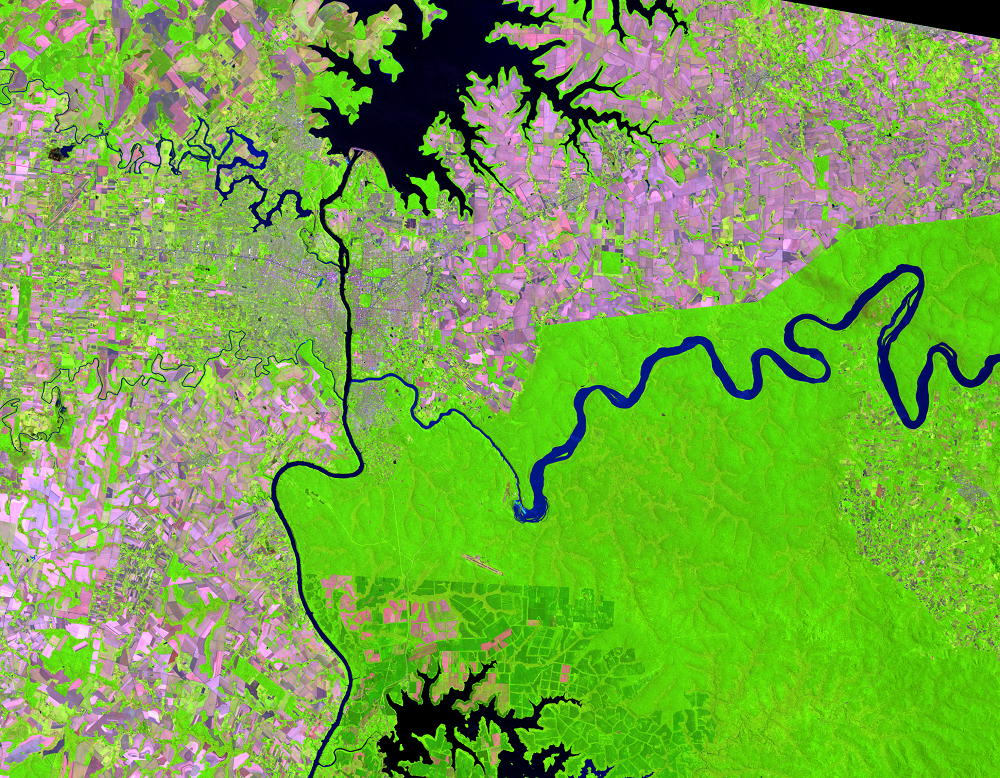 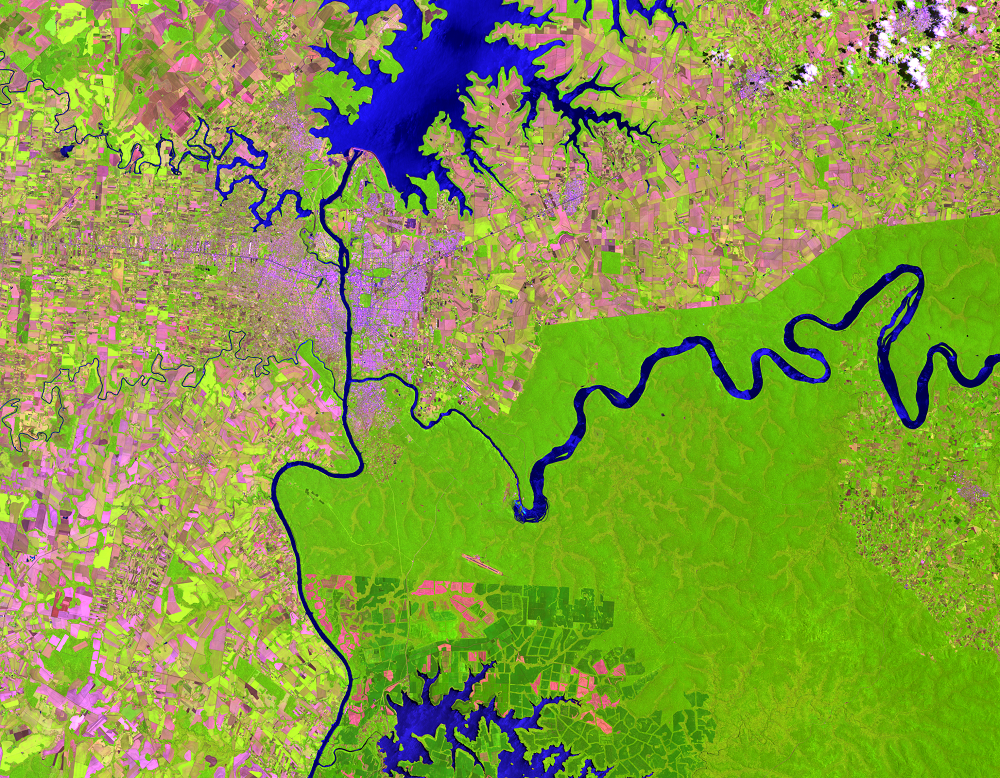 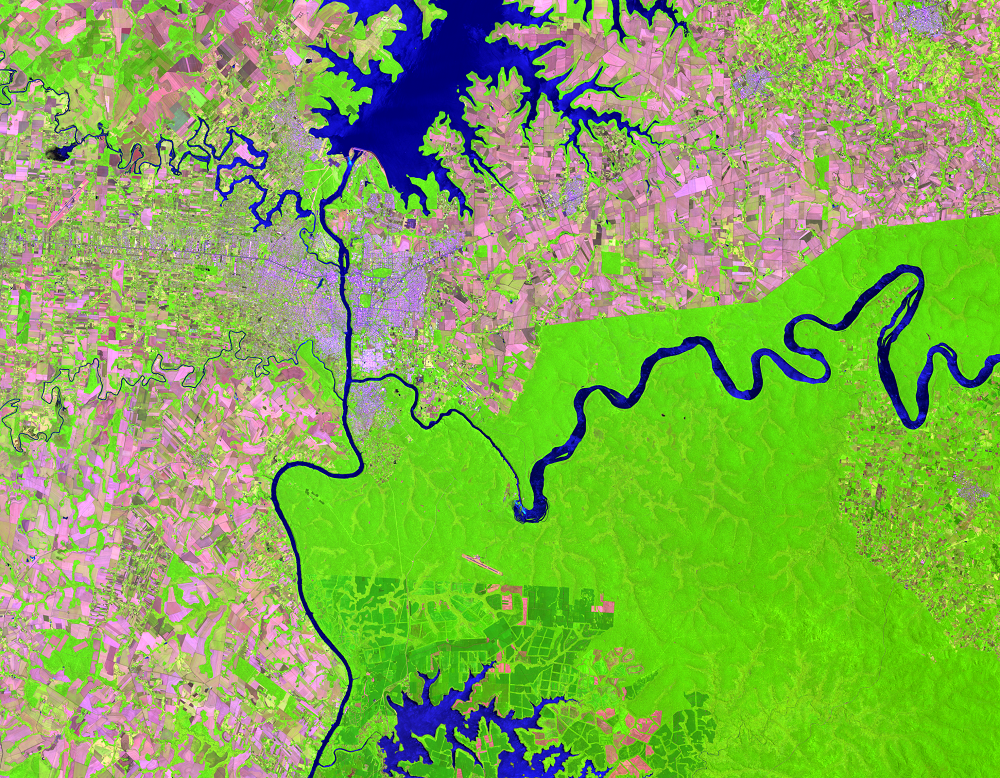 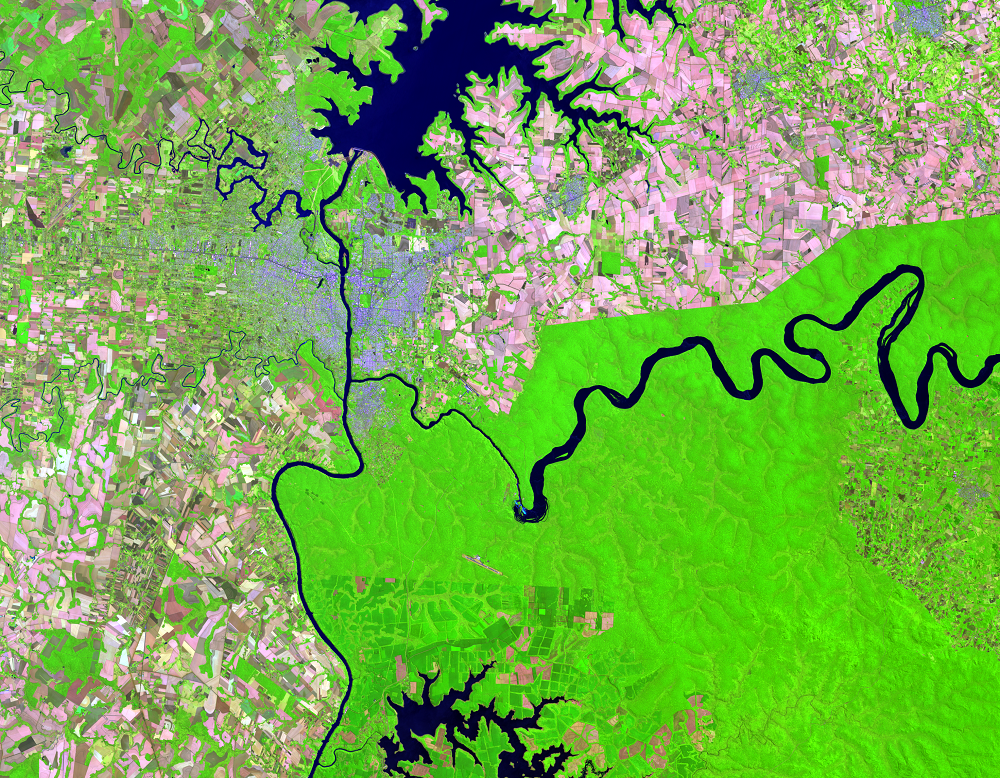 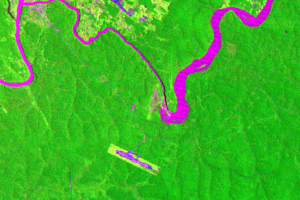 Within this scene is one of the largest waterfalls in the world. On the border between Brazil and Argentina on the Iguazú River, 275 falls collectivel... 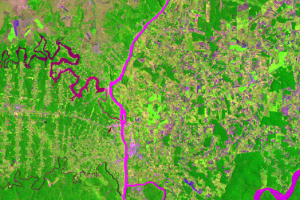 The world’s largest hydroelectric power plant is on the Paraná River between Paraguay and Brazil. The Itaipú Dam is capable of producing 14,000 megawa...