Scientists studying the effects of urban growth are concerned with surface imperviousness—the amount of land covered by human-made features such as asphalt, concrete, and rooftops. These surfaces are impervious to rainwater. On these surfaces, rainfall does not soak into the land; instead, it runs down the streets or across parking lots, often pooling up in low-lying areas, increasing the risk of local flooding.

During heavy rainfall, areas of increased impervious surface can be more vulnerable to flash floods. The excess water flows directly to streams, often by way of storm water drains. This directly increases streamflow and reduces the amount of water that infiltrates into the ground.

In these images, Pune itself is at the bottom right at the sharp bend of the Mula-Mutha River. Toward the top center of these images is Pimpri-Chinchwad. The pink, maroon, and lavender tones are the colors associated with impervious surfaces. In many areas, urban areas are expanding over what was once either agriculture or bare ground, visibly increasing impervious surface.

Even at Landsat’s 30-m resolution, roads and structures can be seen to increase across the landscape. Some individual buildings can be seen, too—the bright rectangles to the north. Green rectangles are farm fields in the center of the images. Over time, many of them convert to built-up impervious surface.

Scientists use hydrological models to quantify how streamflow changes in areas of increased urban growth. They can better understand how the entire watershed is changing due to urbanization. In the Mula-Mutha subwatershed where Pune is, average streamflow increased from 179.14 m3/s to 185.23 m3/s between 1980 and 2009.

Landsat data can be used to map impervious surfaces and quantify the effect of the increased runoff it causes. Landsat can also be used with the European Space Agency’s Sentinel-2 satellites to get more frequent coverage of study areas. 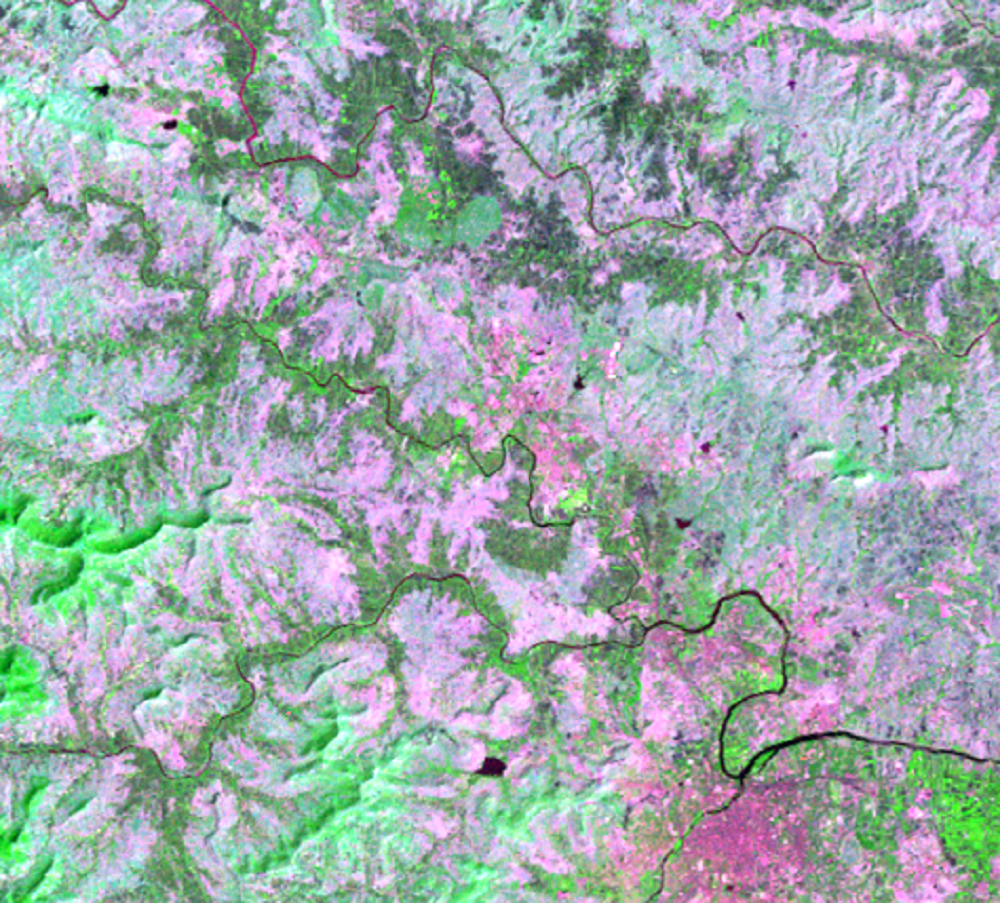 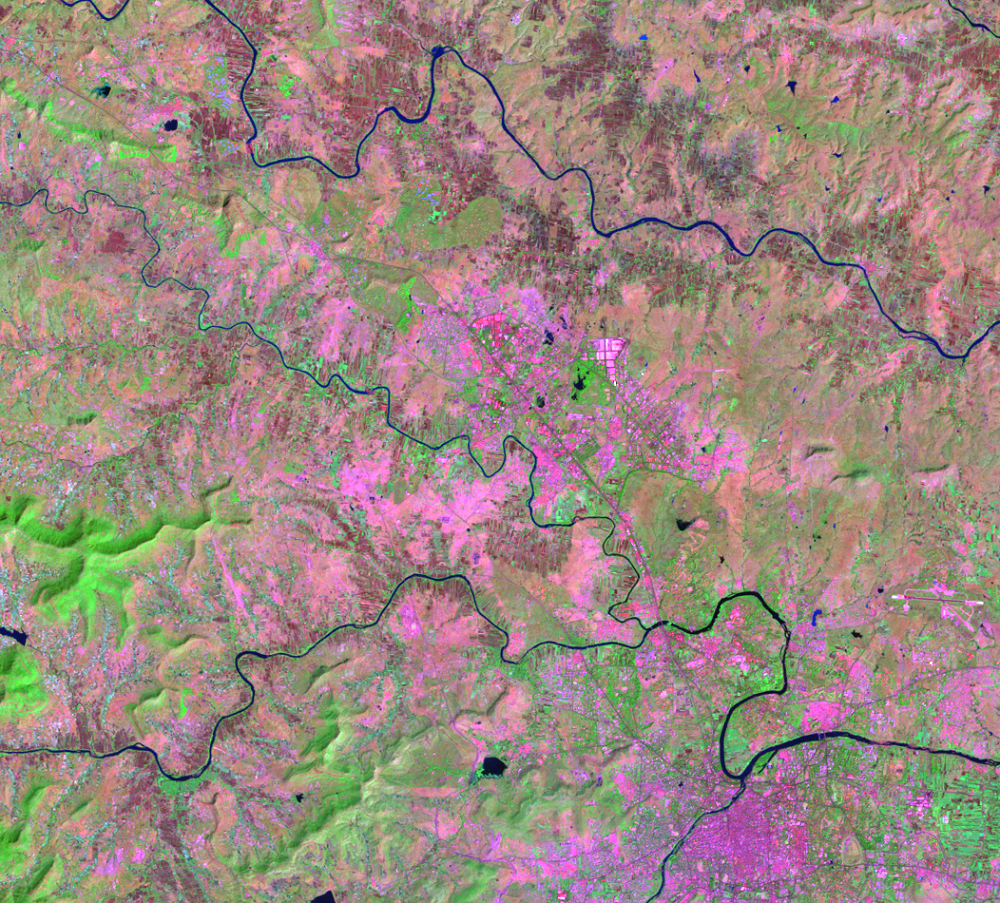 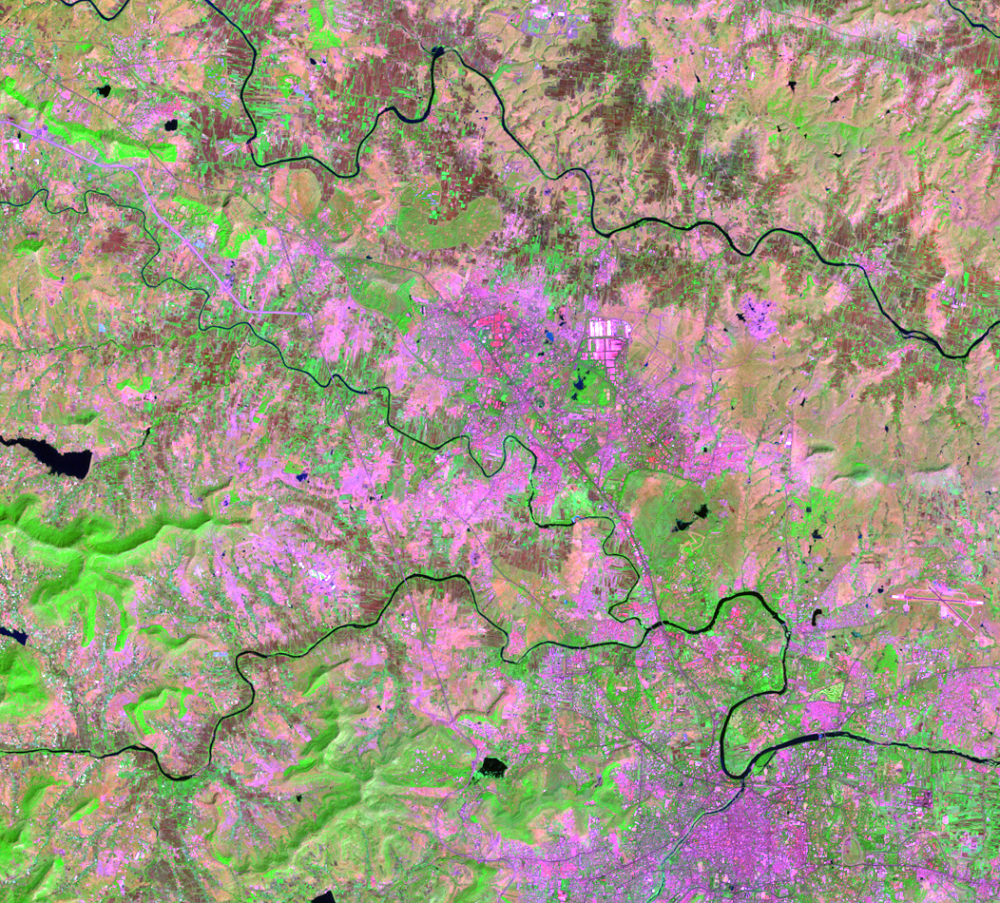 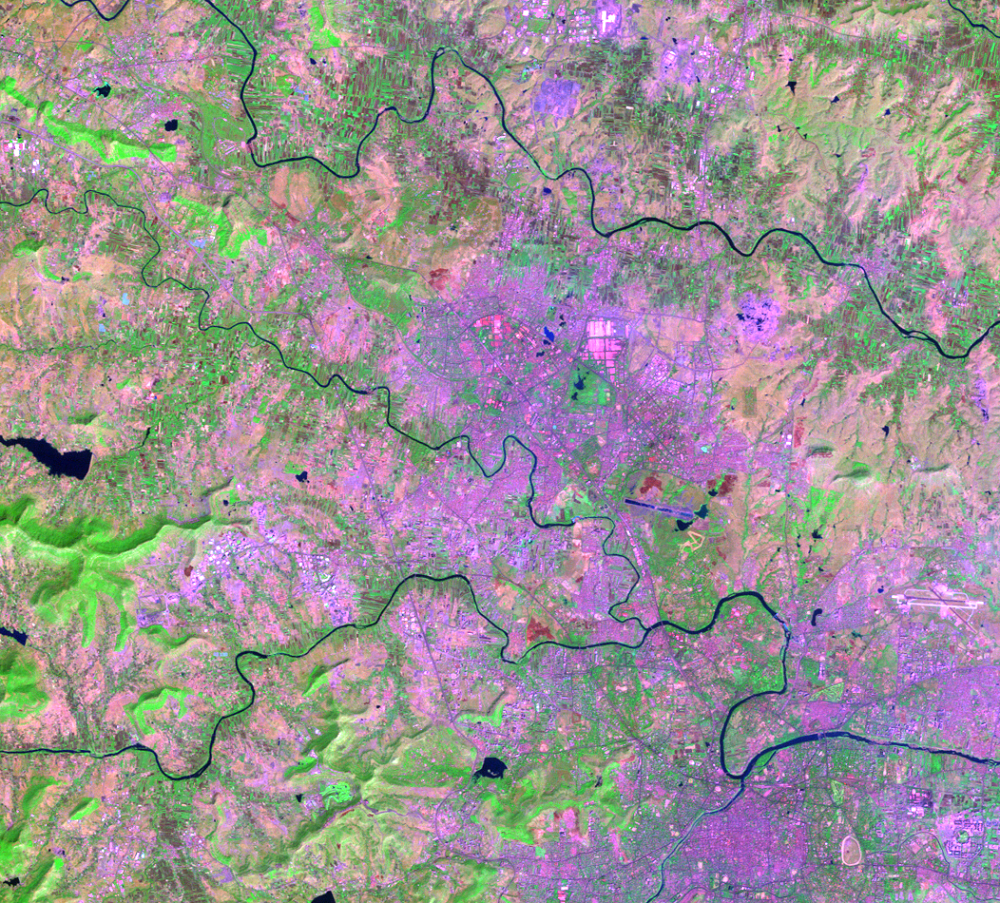 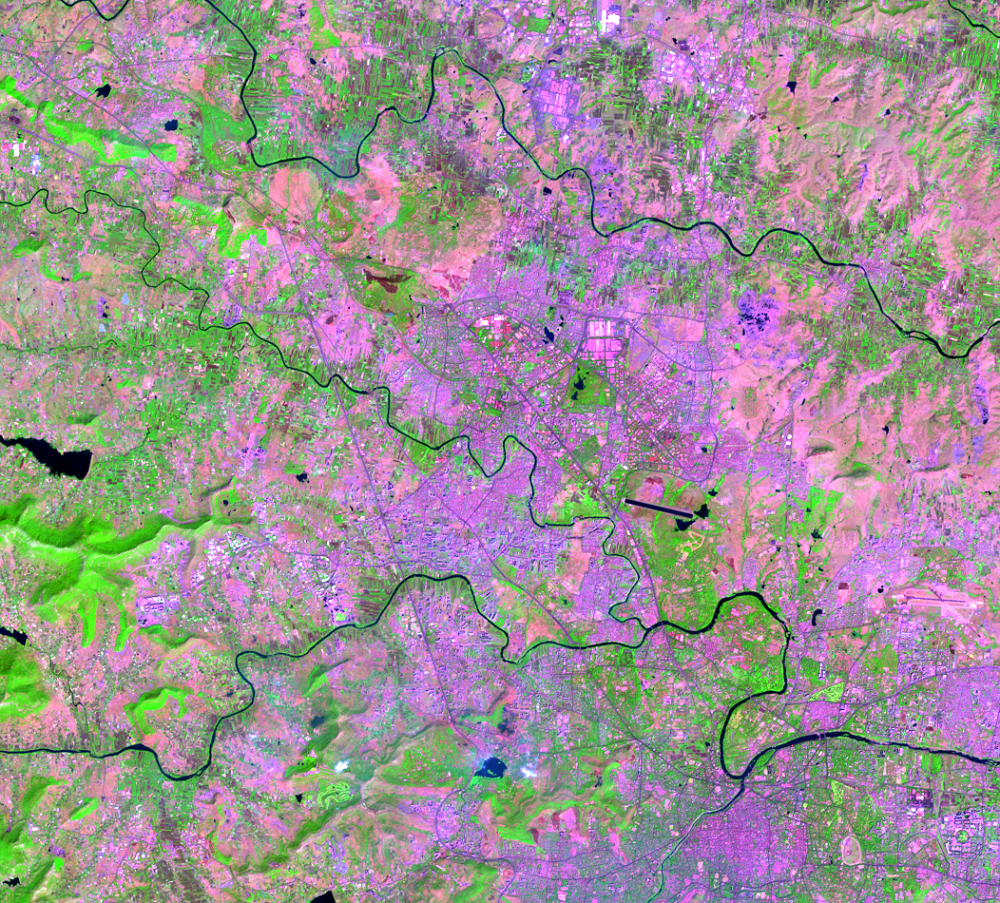 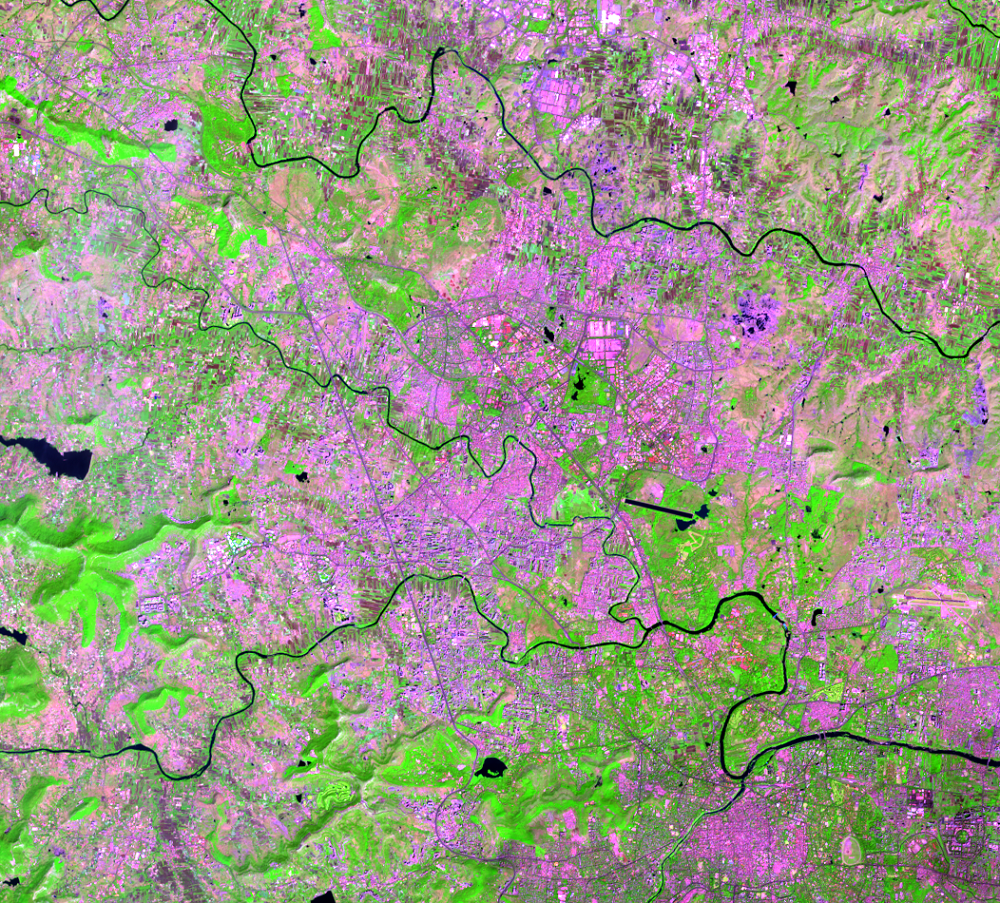 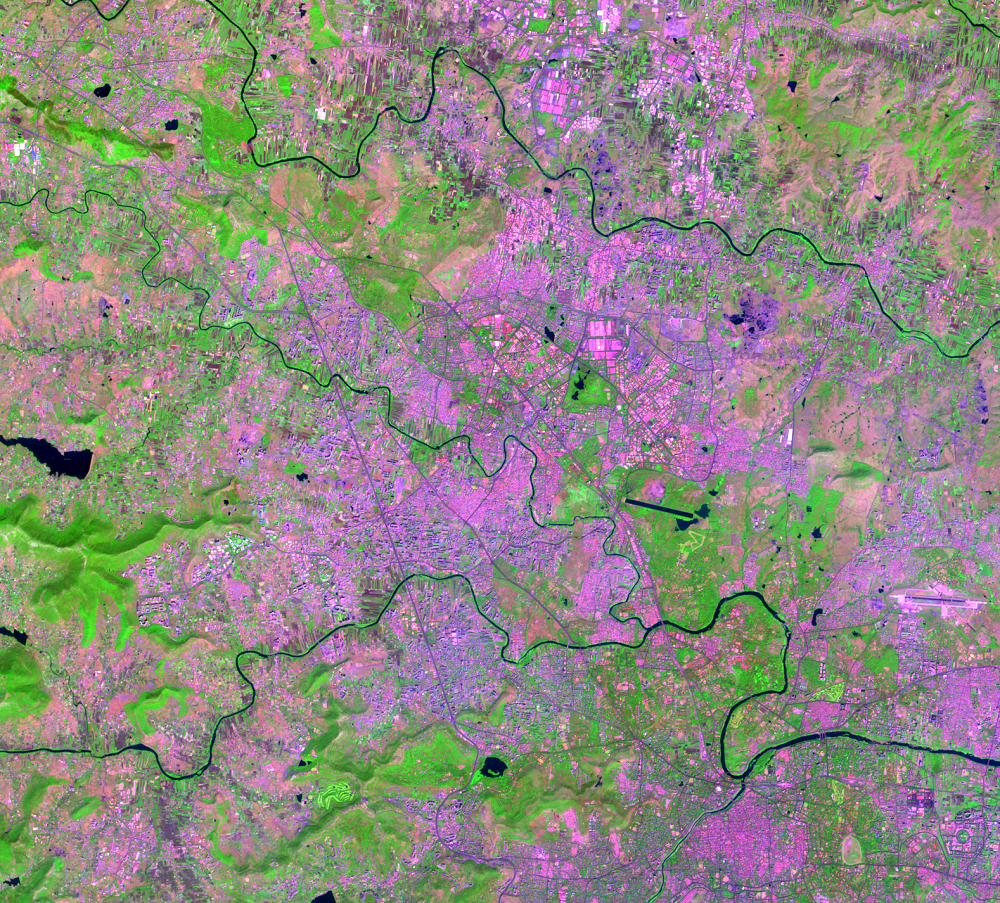 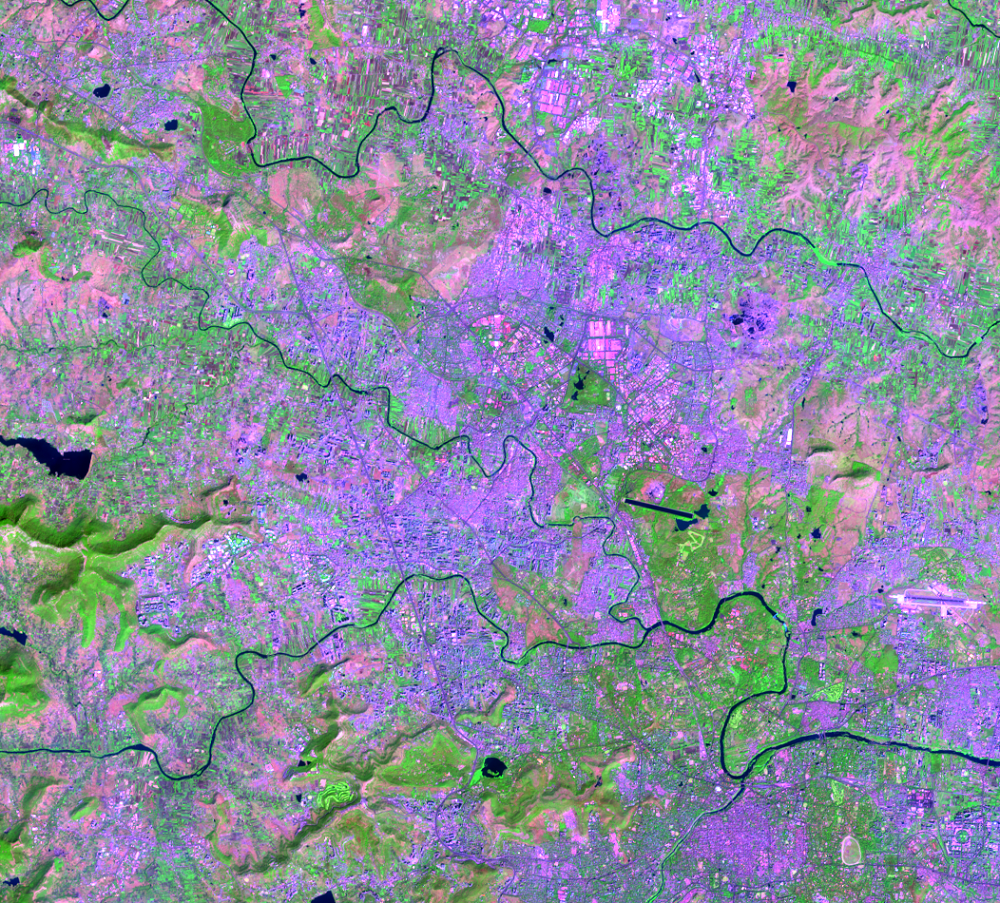 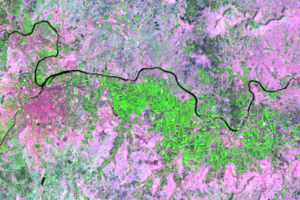 Those constructed surfaces have another measurable effect. Construction materials like concrete and brick absorb heat. They then release the heat at n...