Because of the global trend in retreating glaciers since the start of the 20th century, proglacial lake formation has increased. Proglacial lakes are water bodies at the edge of a glacier and form during glacial retreat. Jökulsárlón Lake is an example of this process.

Also called Jökulsárlón Lagoon, this tidal inlet was excavated during the last glacial advance, which was about 26,500 years ago. Because of the glacial retreat, the lagoon is expanding at about 0.5 square kilometers per year. By 2014, the lagoon covered about 25.4 square kilometers (9.8 square miles), about the size of Block Island, off the coast of Rhode Island.

Jökulsárlón Lagoon connects to the Atlantic Ocean by way of a 100-meter wide and 20-meter deep engineered channel. Because it is connected to the ocean, tides affect the lagoon level. Water flows in at high tides. Its daily tidal range is about 2–3 meters. During summer, meltwater from the glacier increases, bringing freshwater into the lagoon, but this freshwater does not entirely flush the seawater out.

The bright specs in the Landsat images are icebergs in the lagoon that broke off the end of the glacier. Sailing among these icebergs is one of the most popular tourist attractions in Iceland.

Because 10 percent of Earth’s land surface is covered by glaciers, monitoring changes to glaciers and proglacial lakes is important to predicting the impacts of glacial thinning and retreating. These studies help develop sustainable ways of living with anticipated changes. 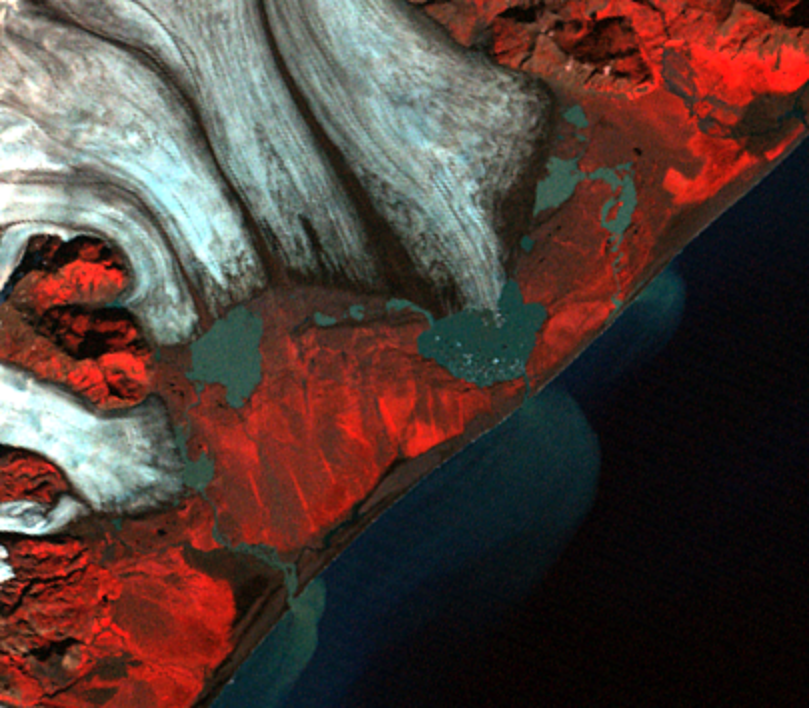 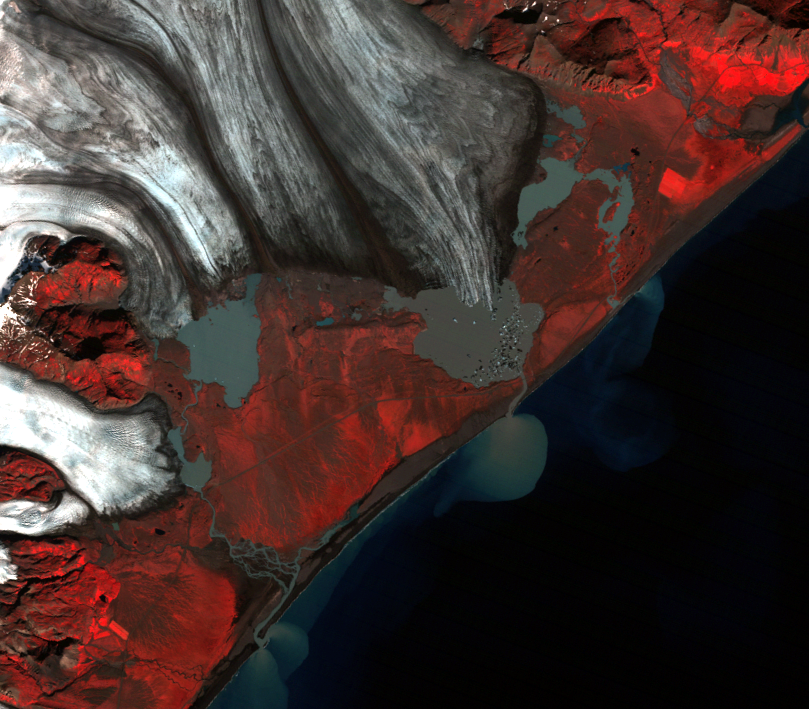 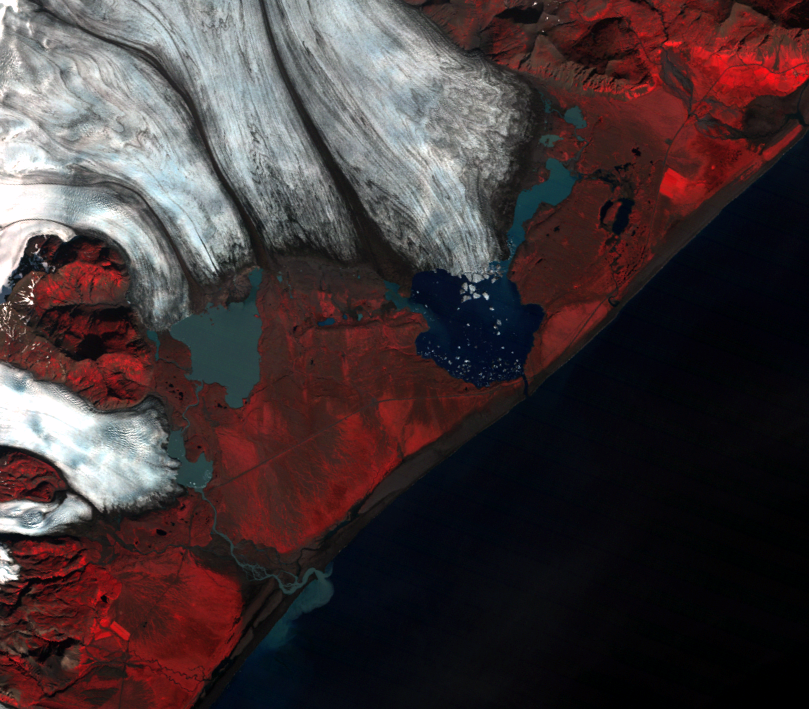 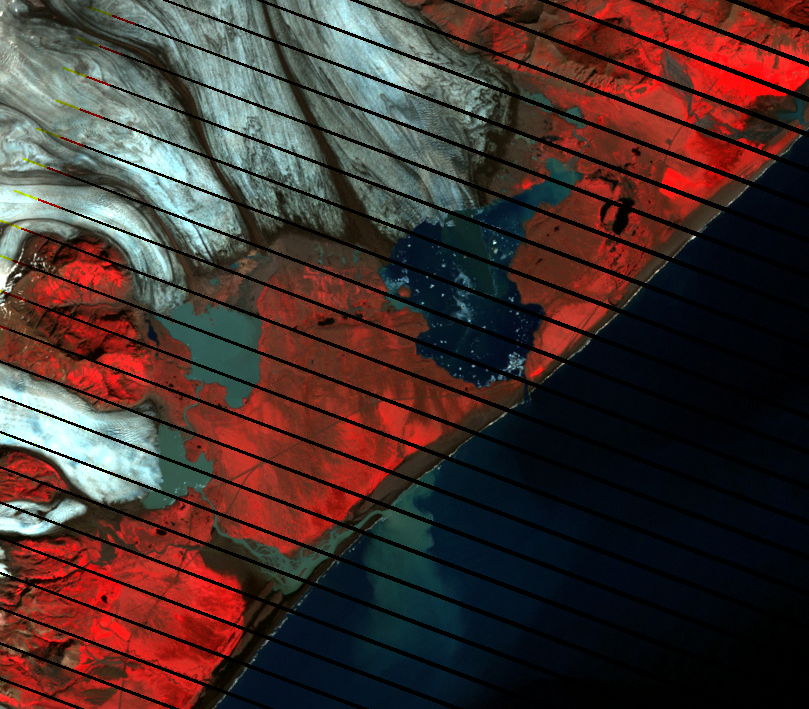 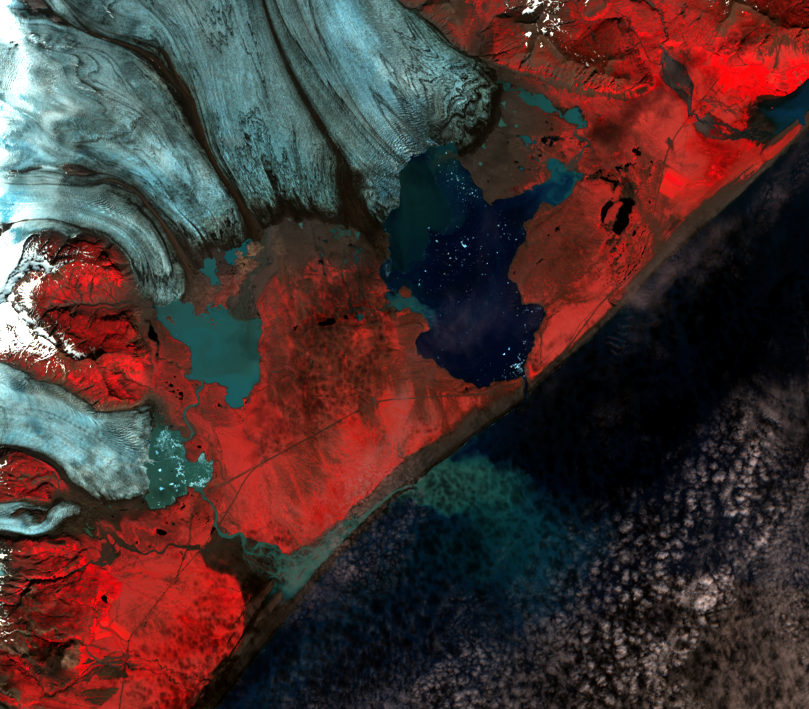 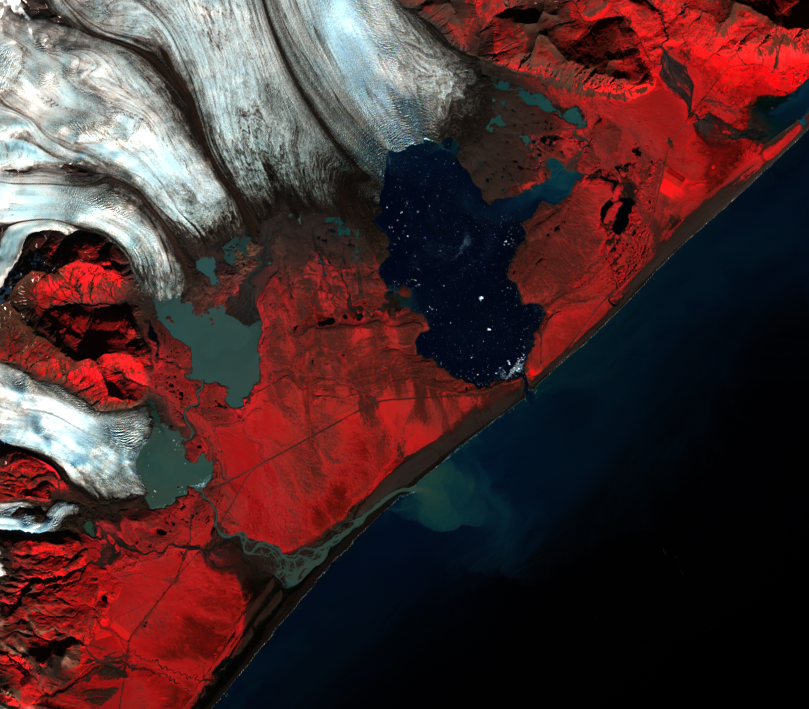 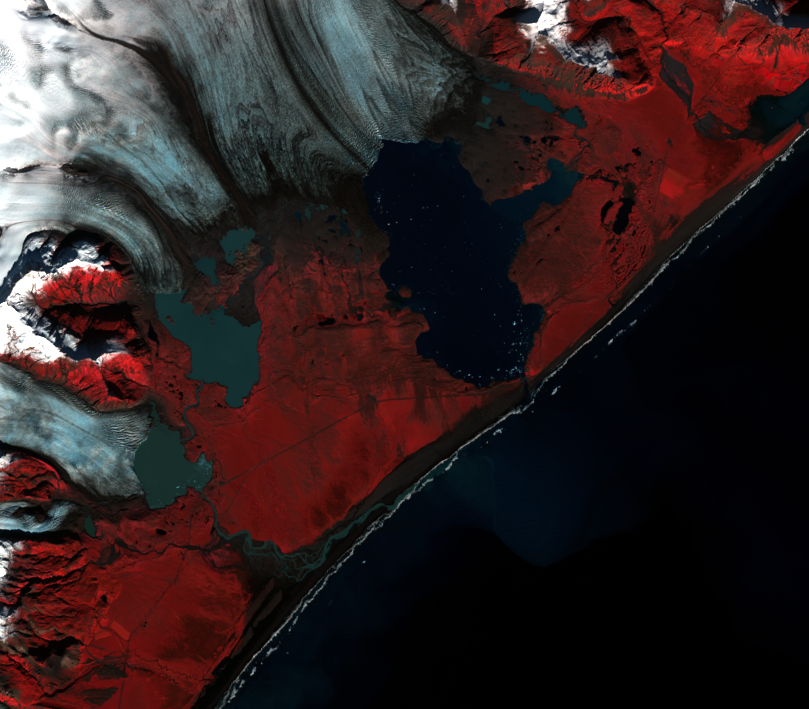 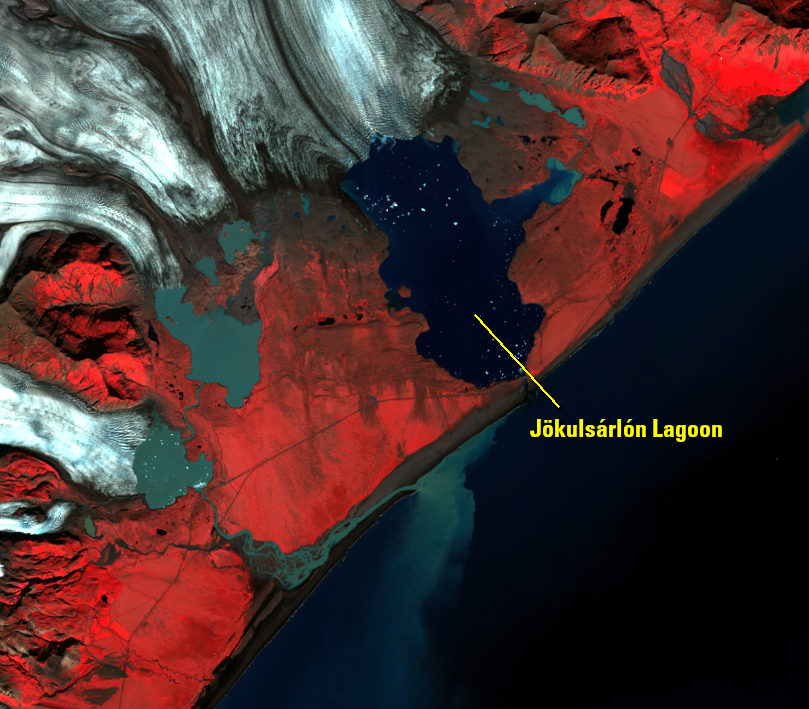