The Kara-Bogaz-Gol (KBG) is a large, shallow lagoon of the Caspian Sea. It normally covers about 18,000 square kilometers and is just a few meters deep. The Caspian Sea is the largest inland body of water in the world, often categorized as a large salt lake. It is salty because rivers (especially the Volga) flow into it, but none flow out. Water leaves only through evaporation, and the dissolved salts remain. 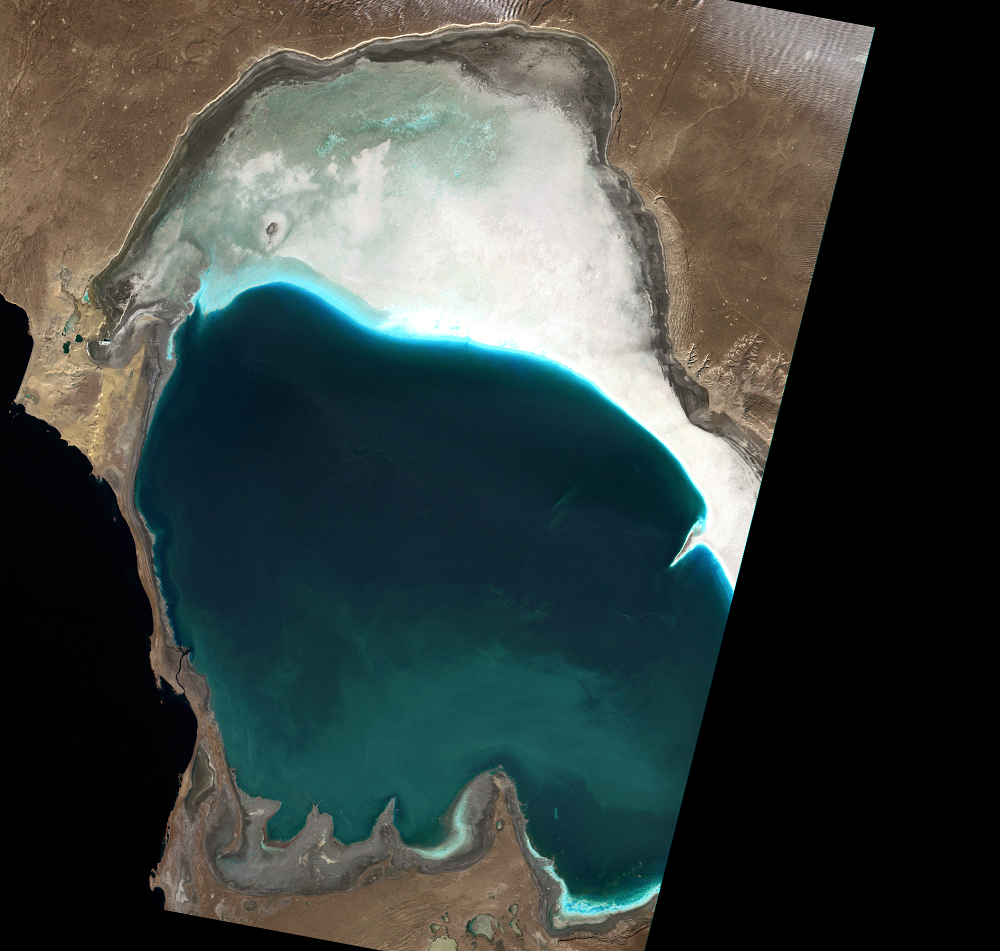 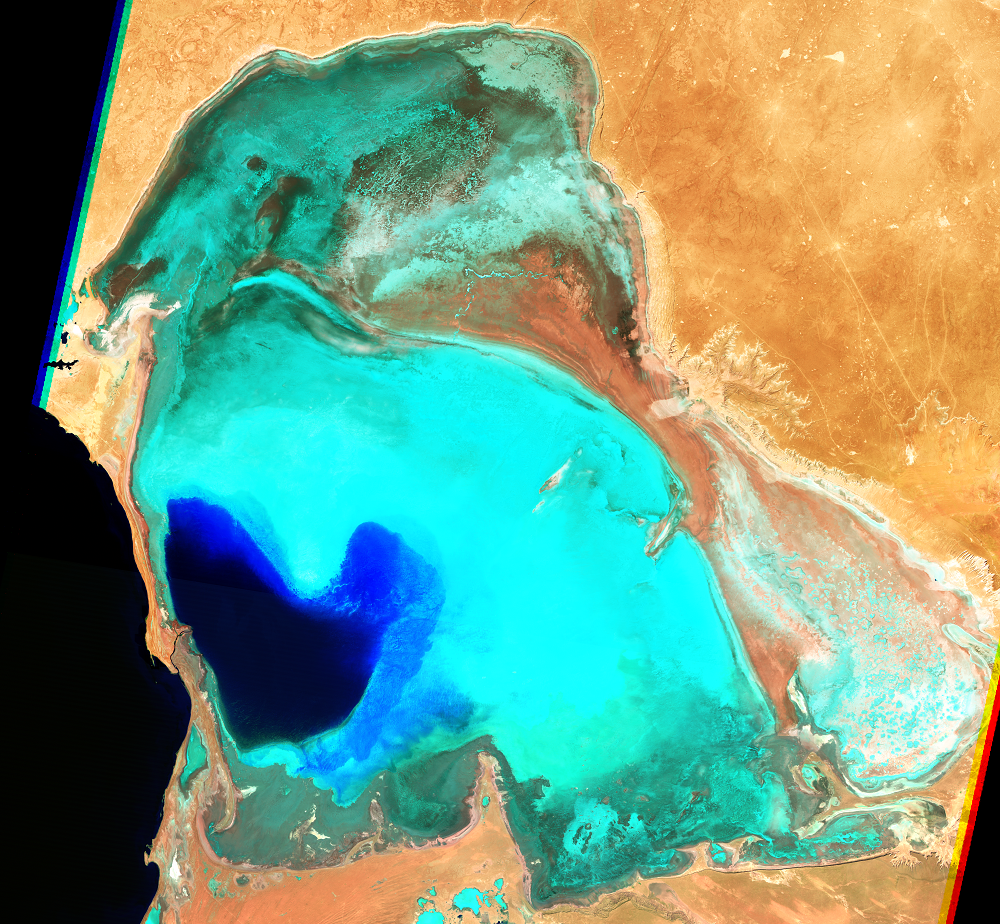 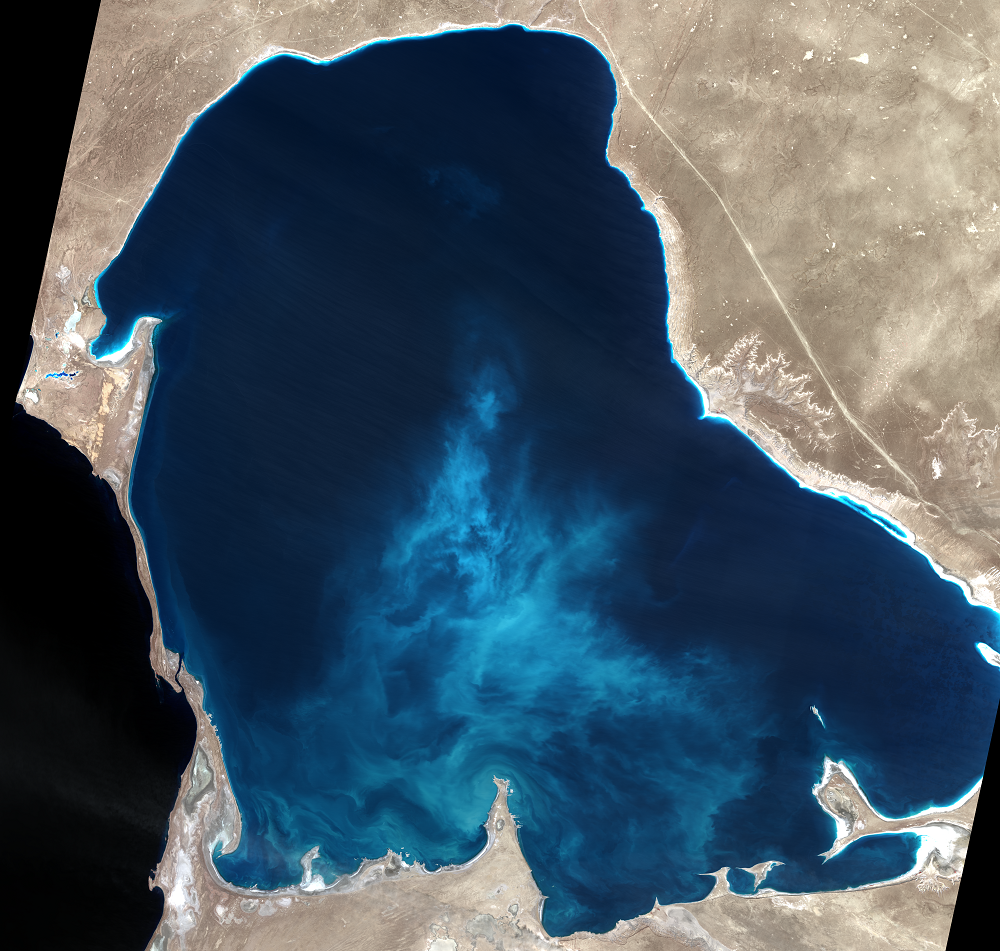 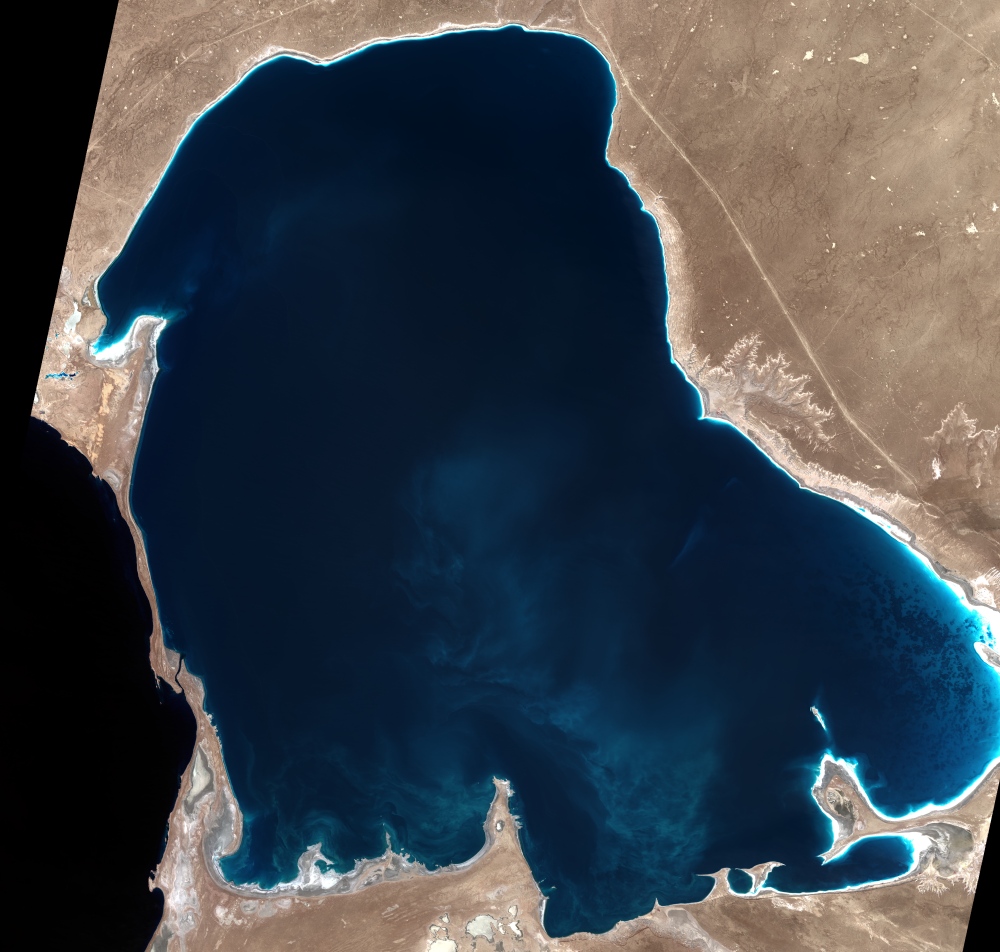 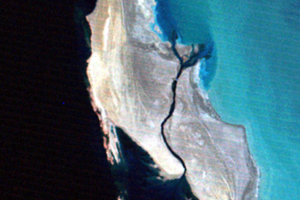 In 1980, the Soviets dammed the Caspian-KBG strait. The Soviets intended that some water would remain in the KBG, enough to keep the salt industry ope...