In 1980, the Soviets dammed the Caspian-KBG strait. The Soviets intended that some water would remain in the KBG, enough to keep the salt industry operating. It was believed that even without inflow from the Caspian, the existing water might last up to 25 years.

But by November 1983, the KBG had entirely dried up. In the spring of 1992 after the Soviet Union broke up, President Sapamurat Niyazov of Turkmenistan took a spade to the dam to symbolically begin its demolition. After the demolition of the dam, the KBG soon filled, and its level has remained stable.

In these images, you can see the difference in color between the Caspian to the west and the KBG to the east. Pure water absorbs light from the sun, but the KBG water has suspended solids (including precipitated salt) that reflect more light. The KBG is also shallow, so the bottom is reflecting some light back through the water. Dry or shallowly covered salt beds appear white because they are highly reflective. Also notice the general absence in these images of bright red, which would represent vegetation. 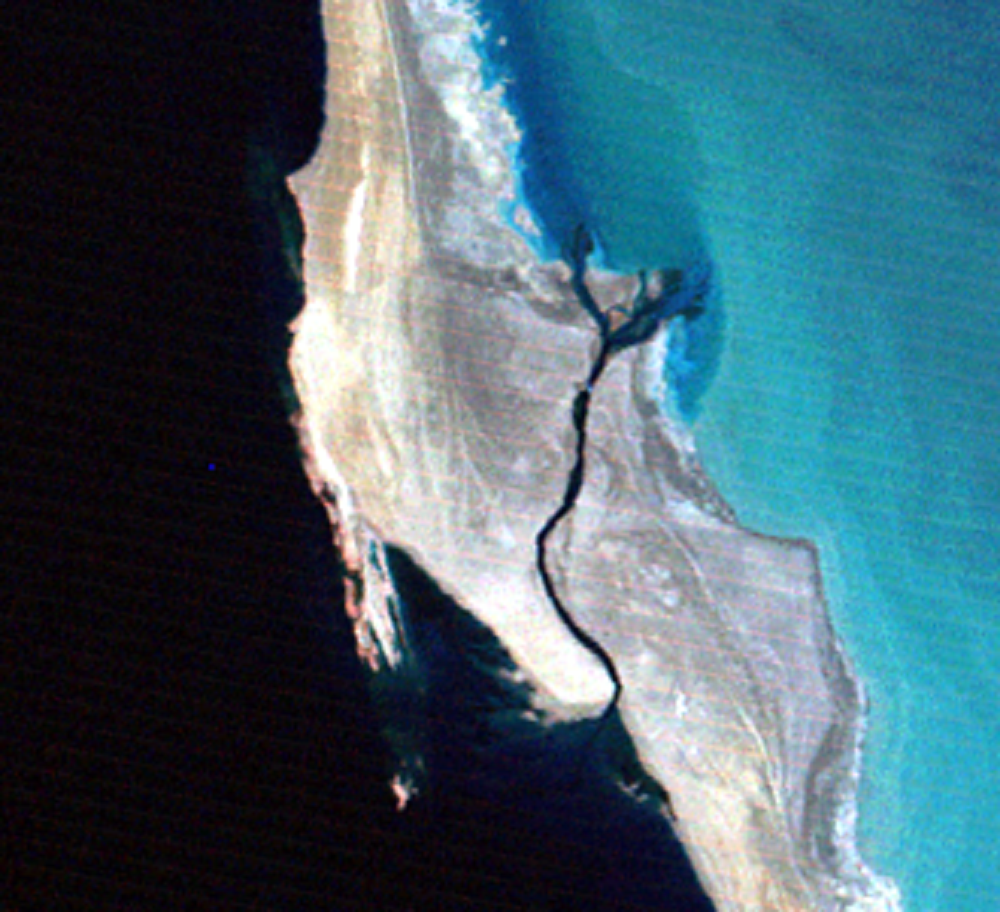 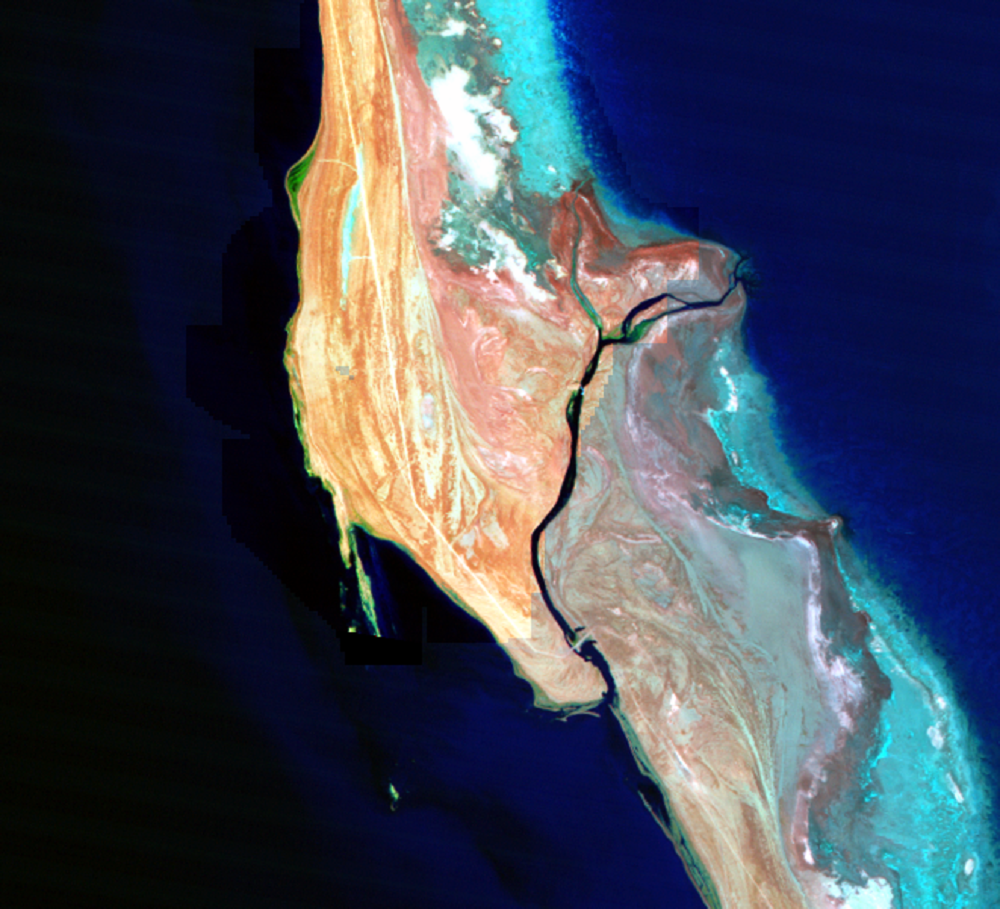 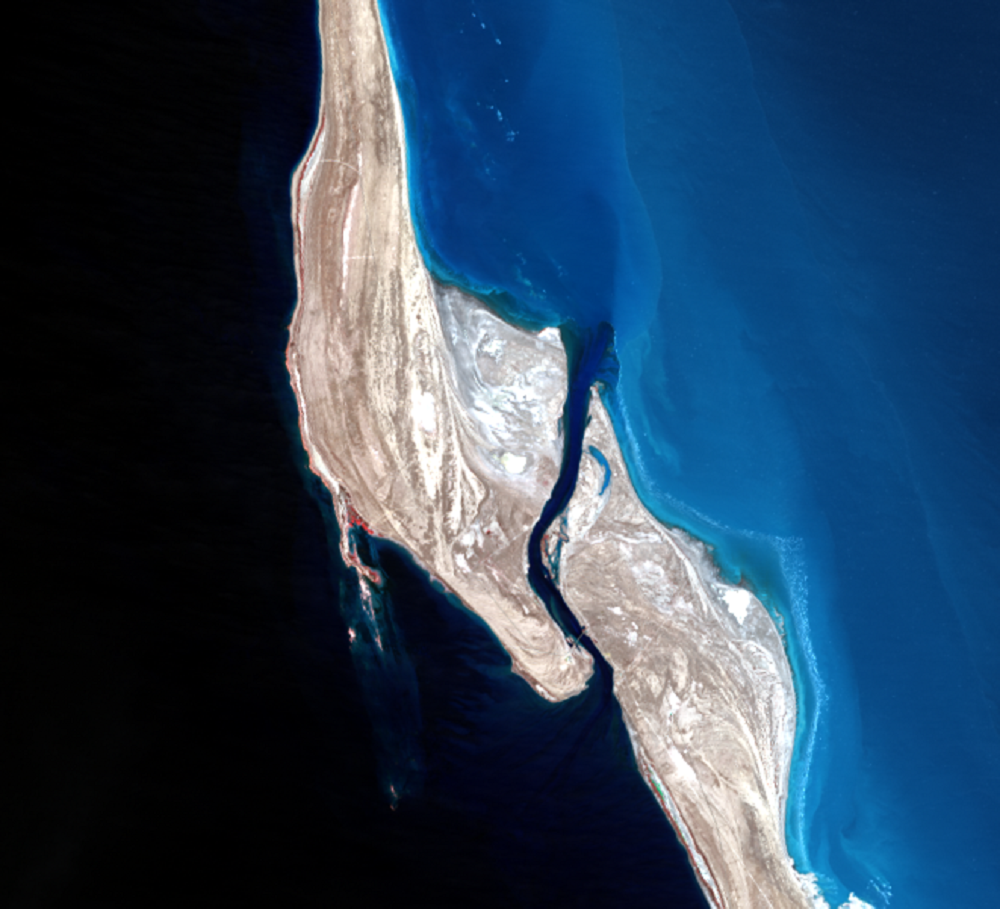 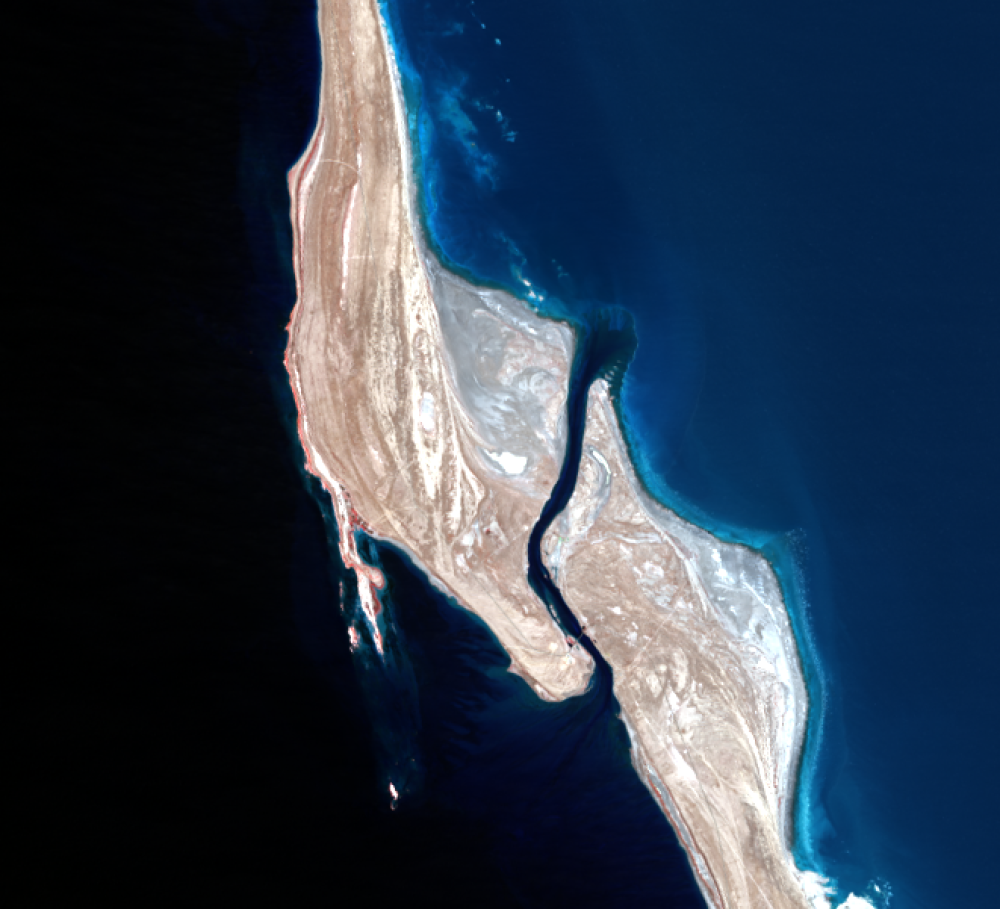