How is Las Vegas getting enough water for its expanding population? Most of it comes from Lake Mead on the Colorado River. The Colorado River provides water for Las Vegas, as well as Phoenix, Los Angeles, and San Diego. As the populations of all of these cities continue to grow, water demand also increases. However, less snowpack in the mountains in recent years has reduced the river’s flow and thus the amount of water stored in the reservoir.

Landsat images starting in 1972 show the changing water level of the lake. In June 2016, Lake Mead’s water level fell to 1,071 feet above sea level. The level hasn’t been this low since the lake began filling in the 1930s. The January 2016 level of just under 1,084 feet above sea level was the lowest January level on record since the lake began filling. In August 2021, the lake was reported to be 35% full. 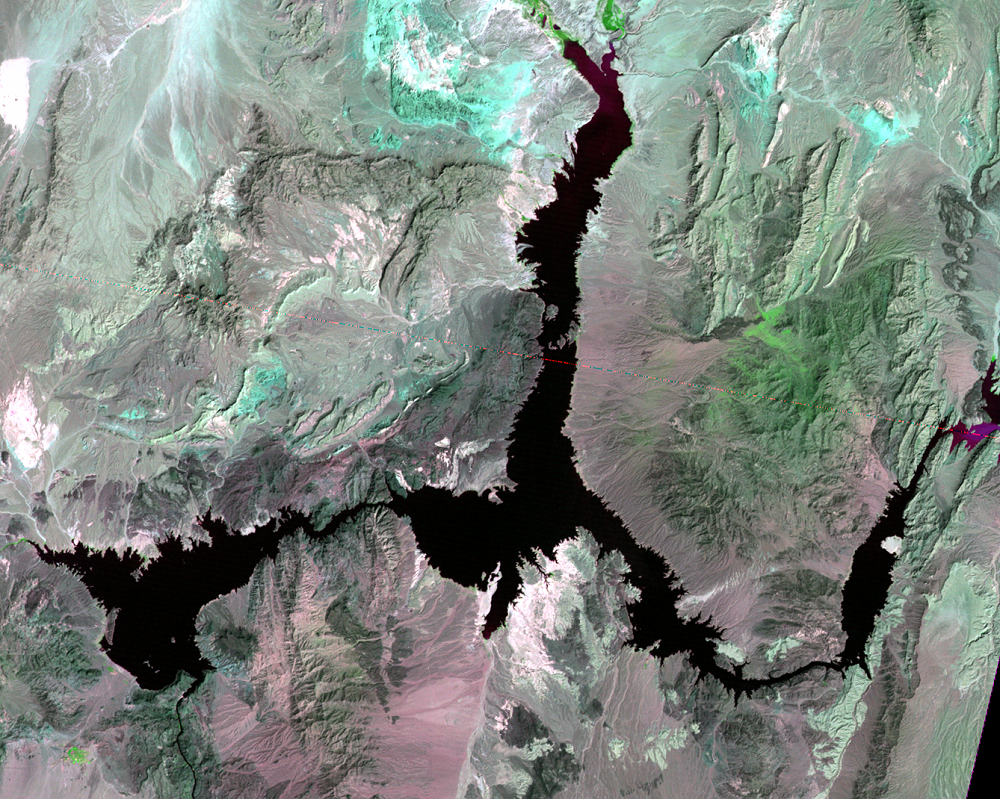 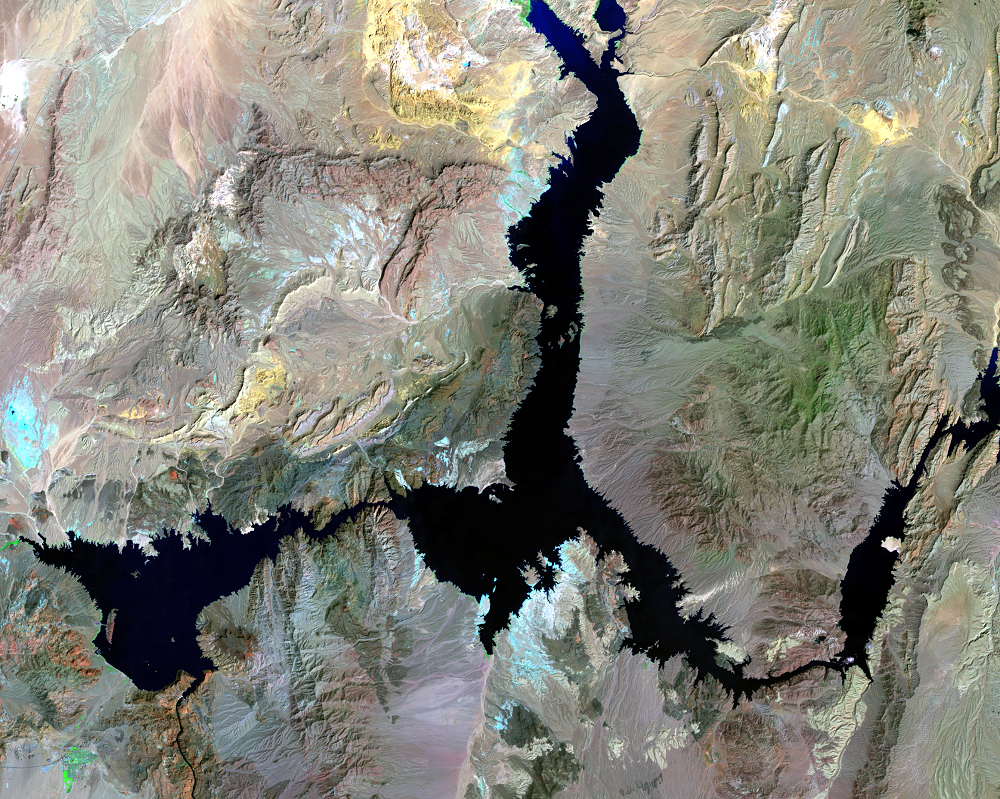 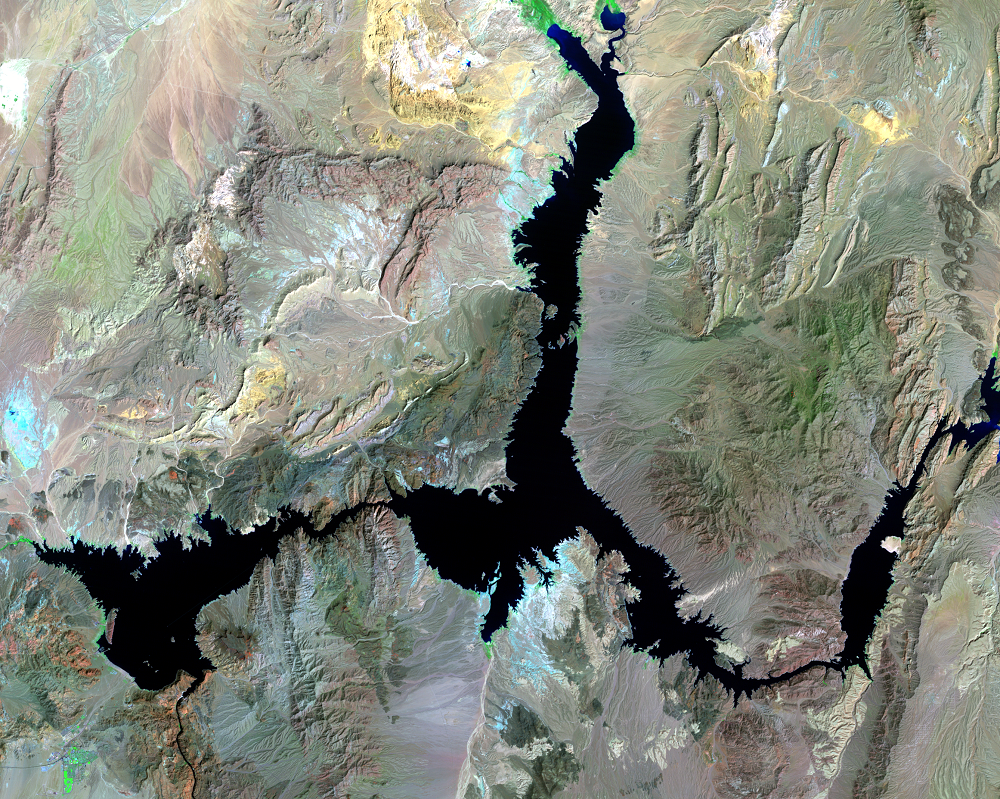 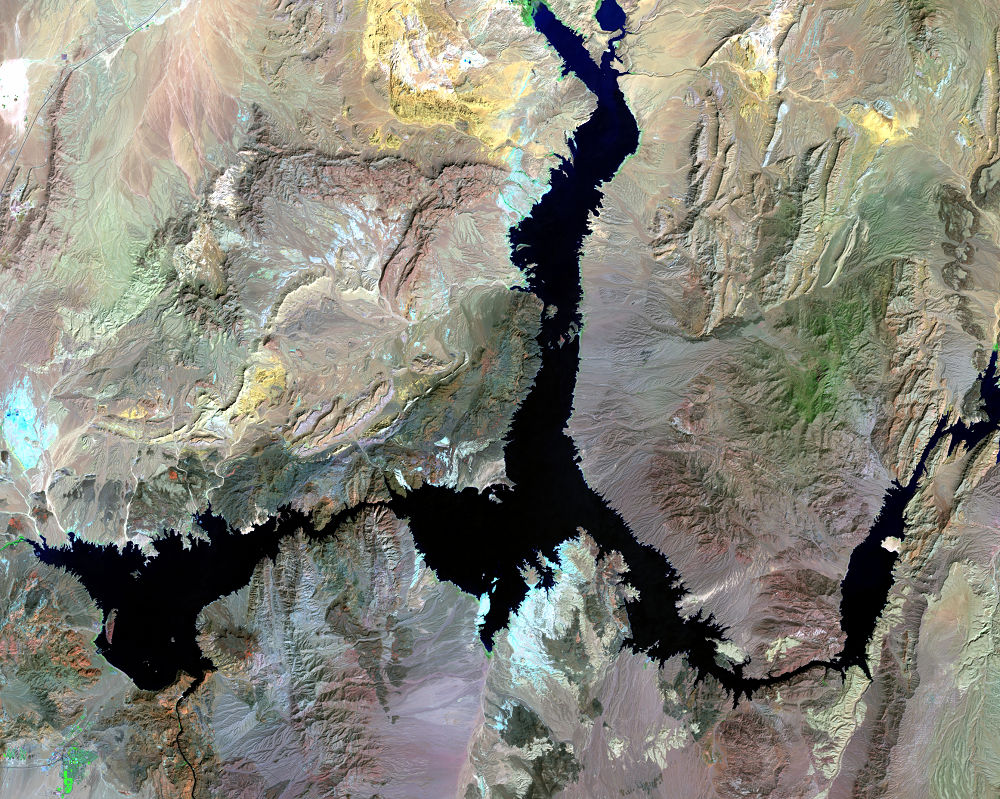 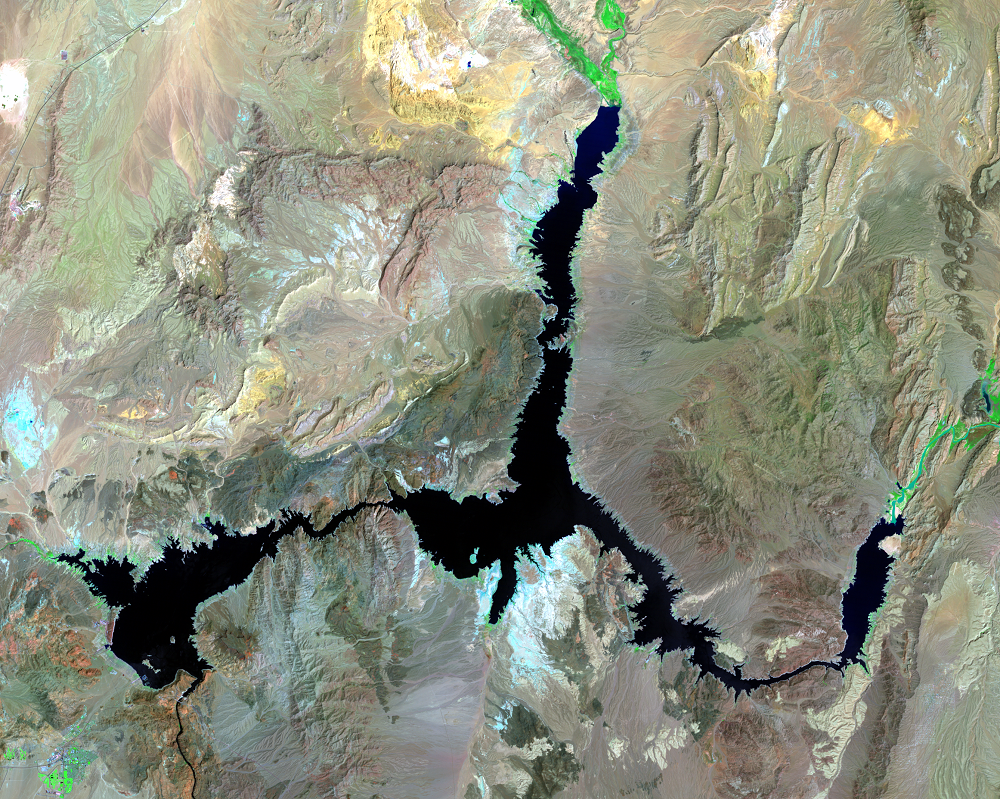 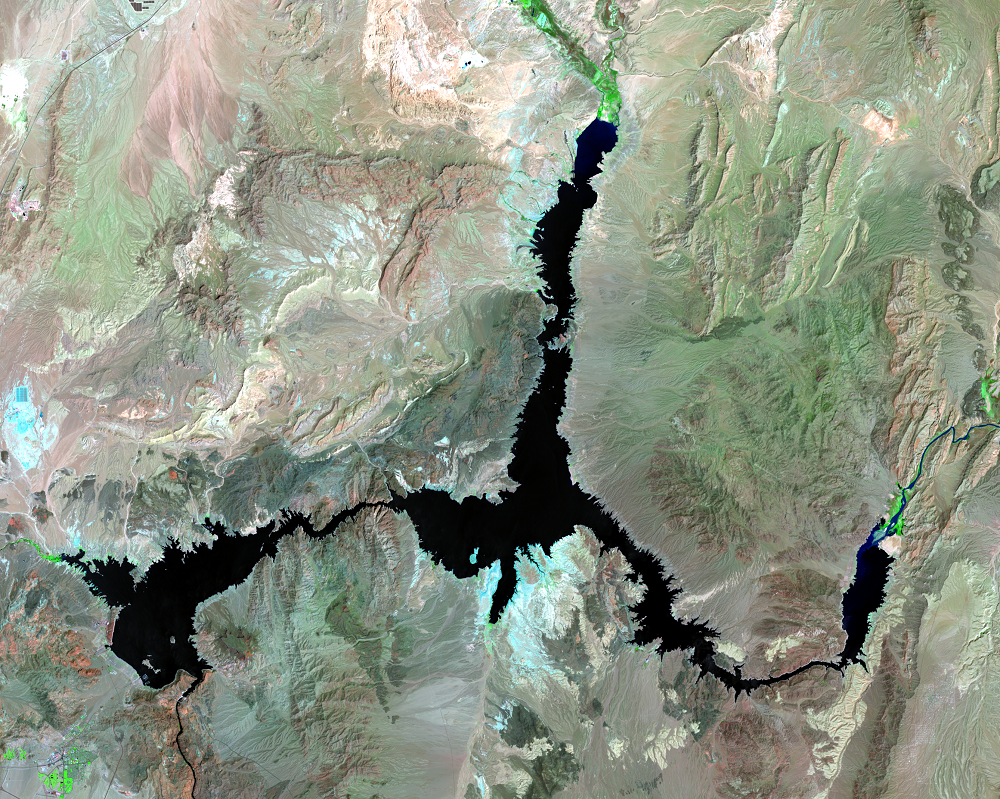 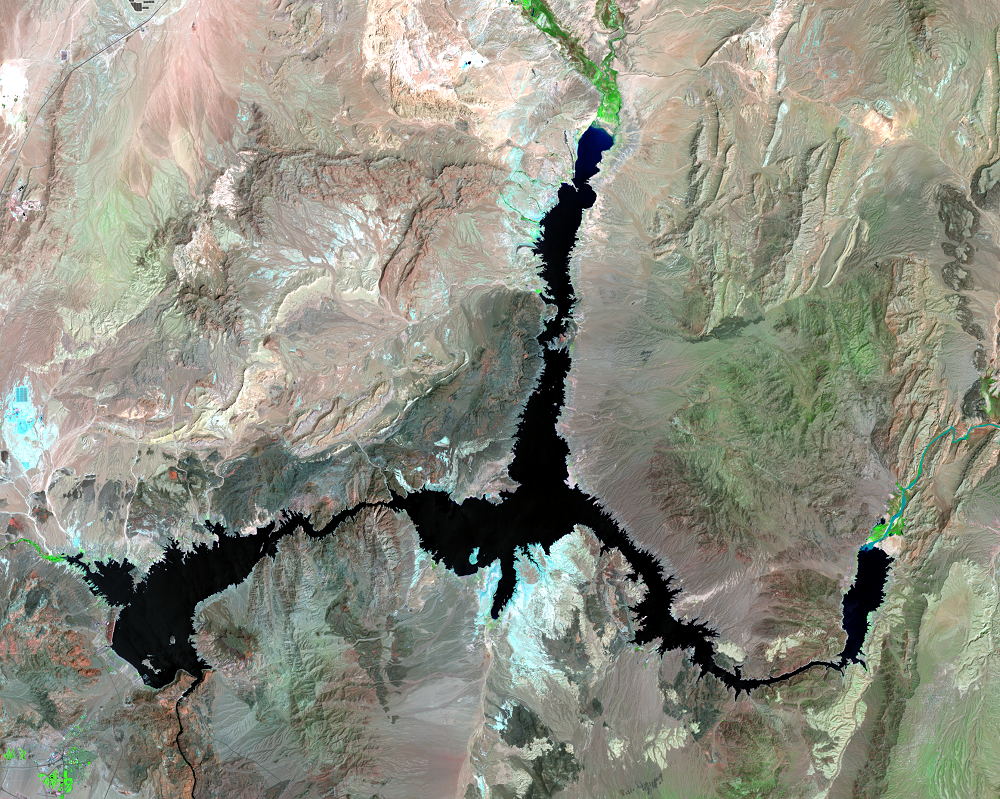 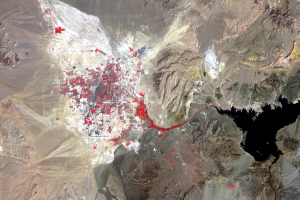 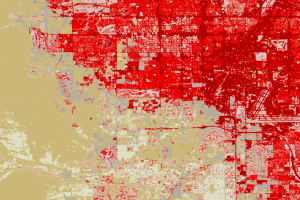 NLCD images of western Las Vegas show that much more urban expansion took place here between 2001 and 2006 than over the next 5 years. The land cover ... 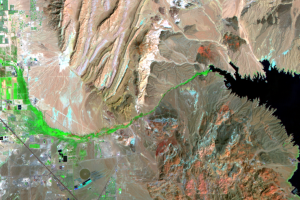 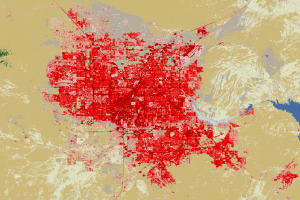 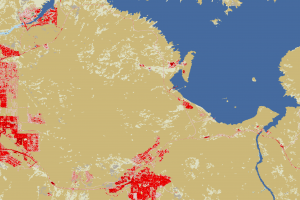 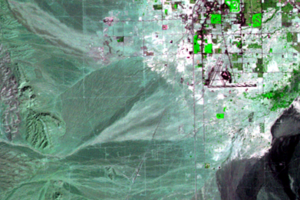 Zooming in on the southwestern portion of the city reveals further urban and suburban changes. McCarran International Airport expanded in this timefra... 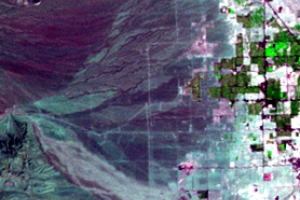