The amount of vegetation (green) clearly increases in the past few decades. The added vegetation is mostly agricultural or in heavily landscaped areas. Near the bottom of the image, the addition of a golf course is seen in 2001, which is expanded by 2015. To the left of that is a road that has been lined with vegetation by 2015.

The Bahrain International Airport, with its 3,418-meter runway, is prominent in the upper right corner of the image. Other notable industry in Manama is the addition and expansion of the Arab Shipbuilding and Repair Yard, which has 15 ship repair berths, and Khalifa bin Salman Port, which opened in 2009 as a major regional distribution center. Both the shipyard and port are on reclaimed land east of Manama. 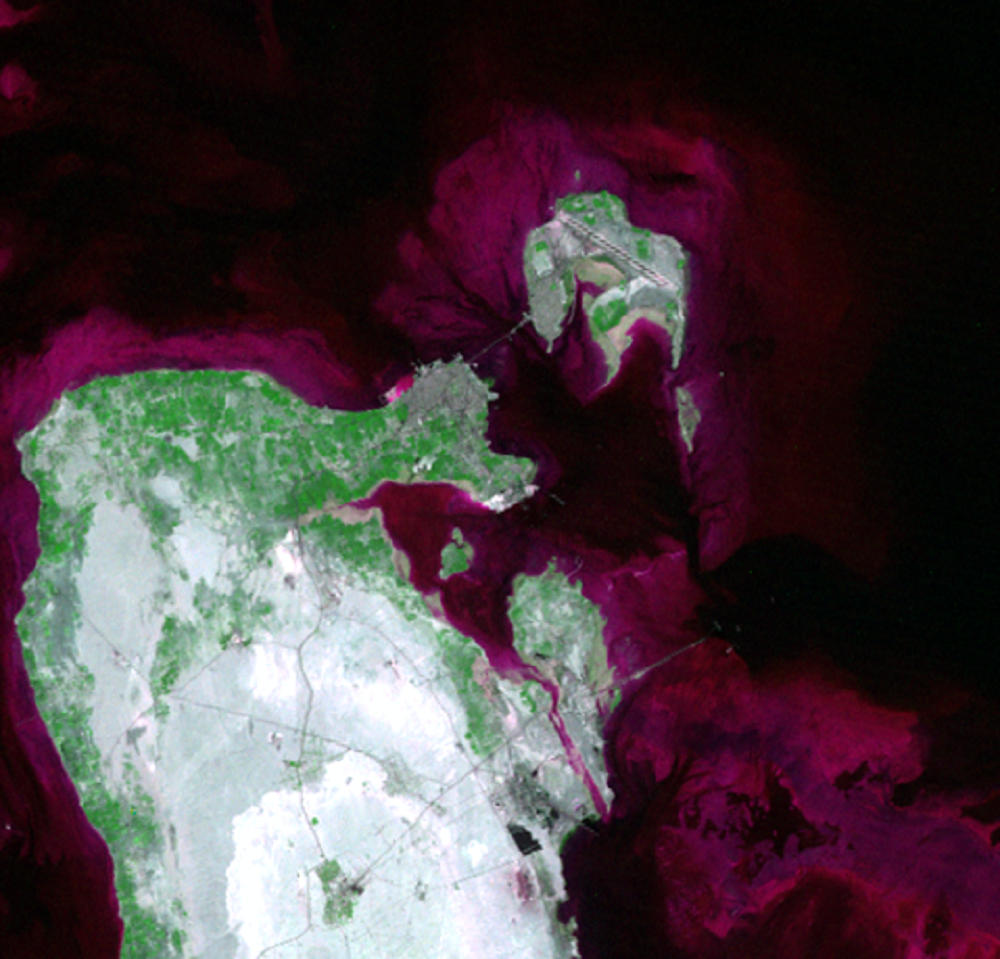 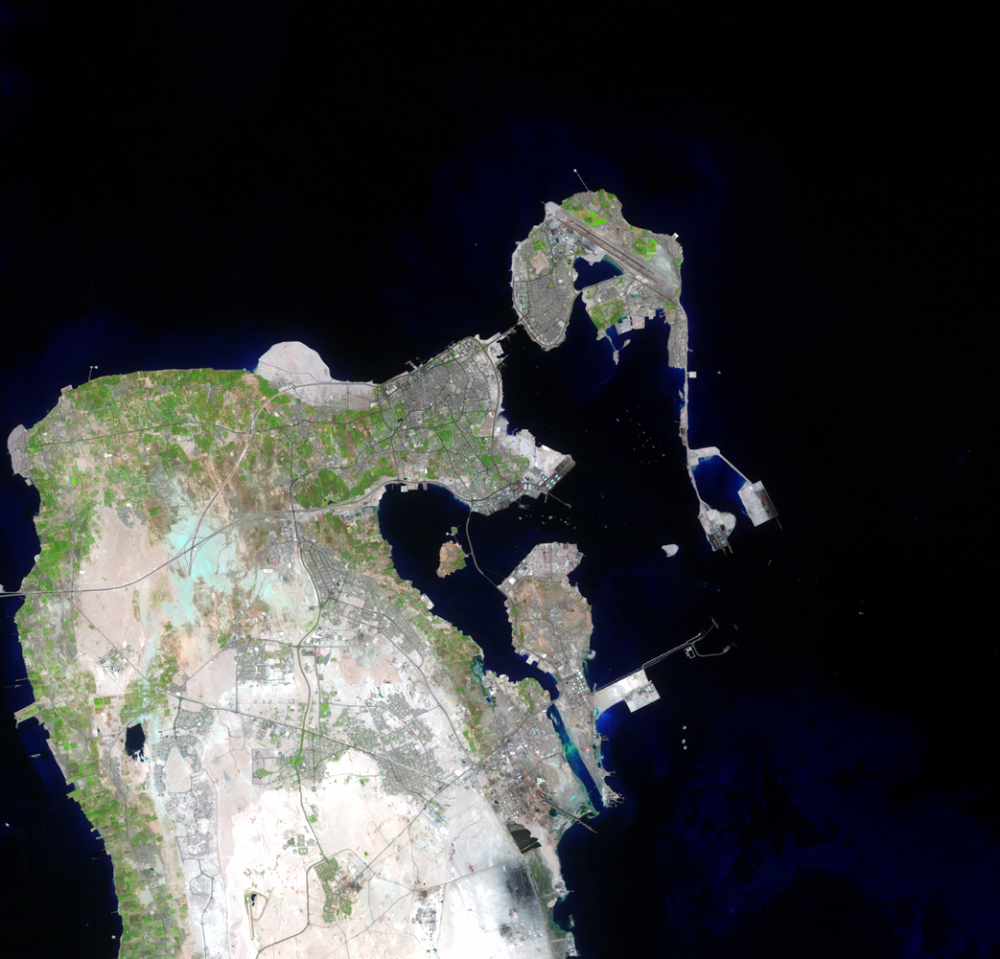 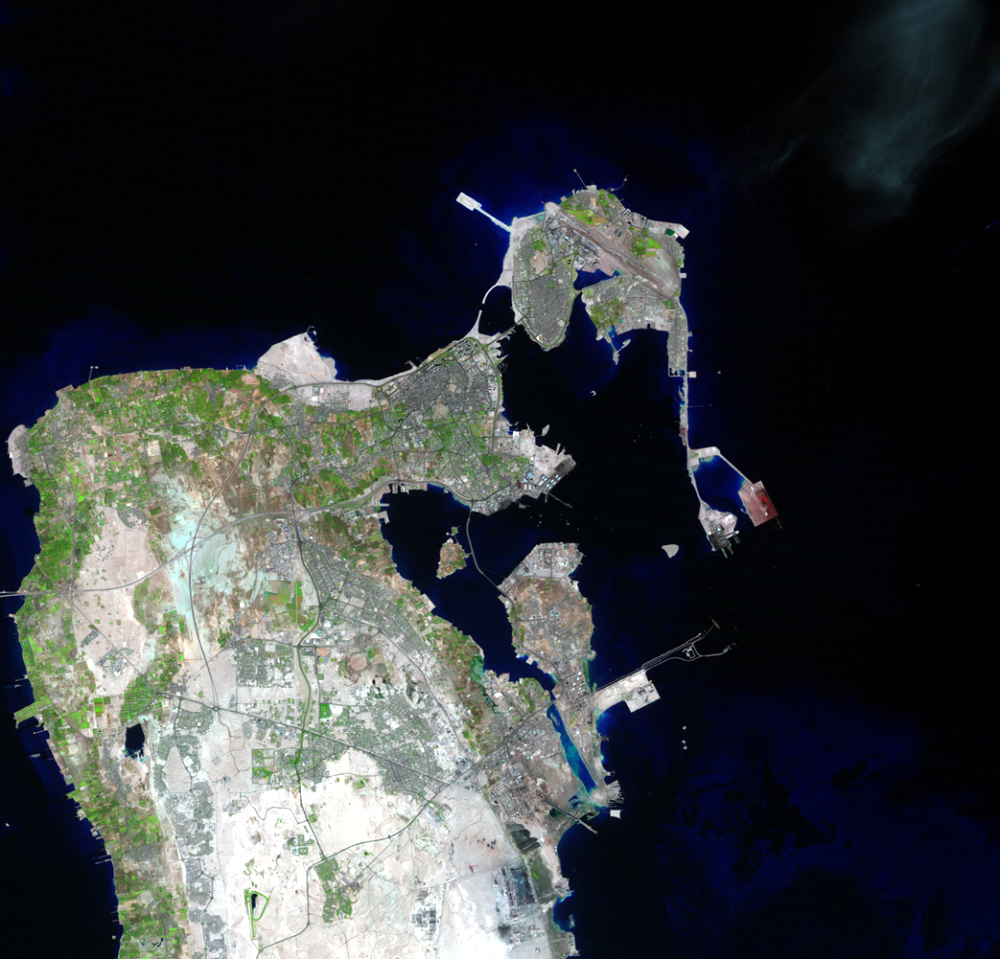 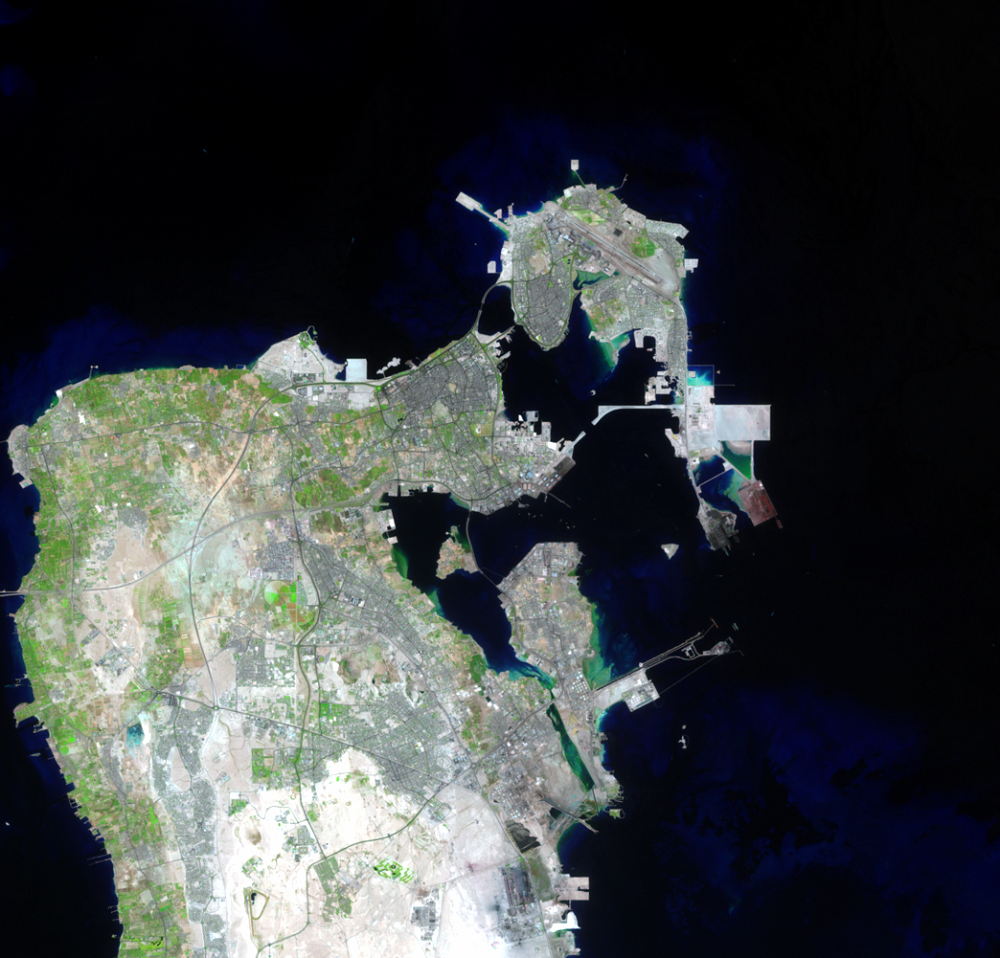 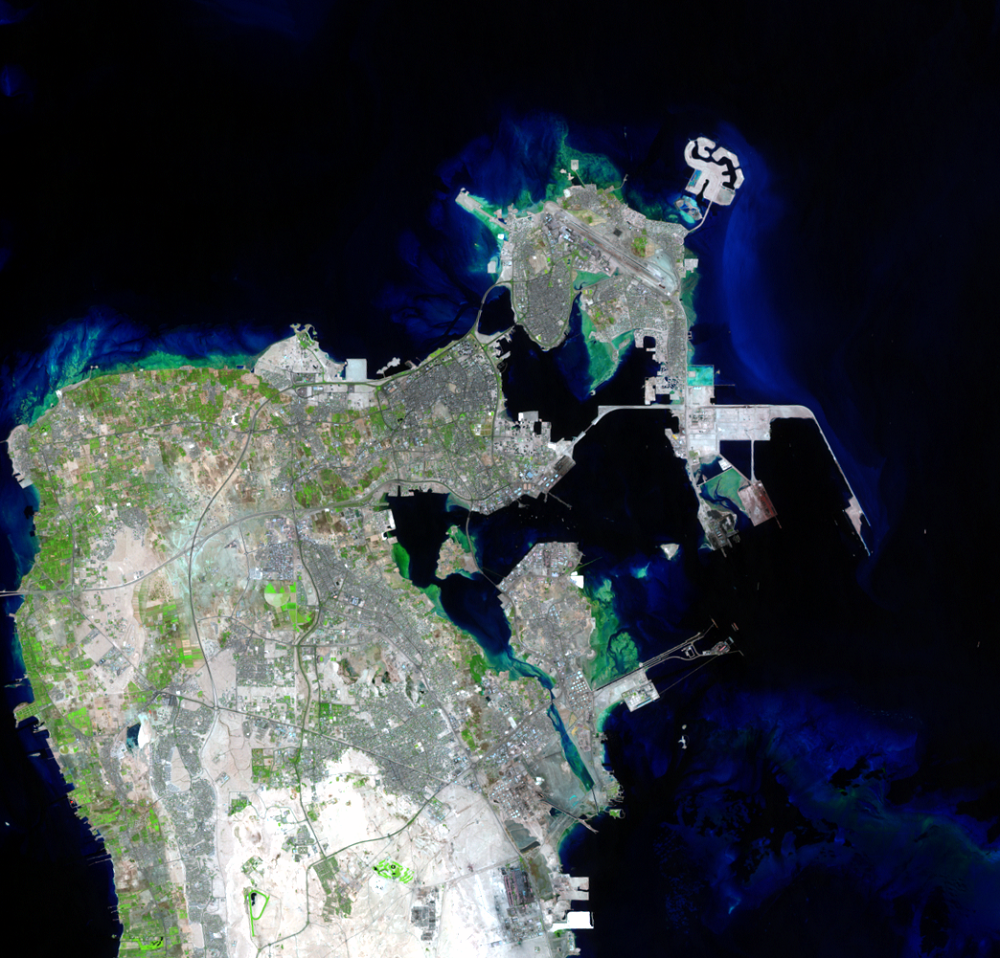 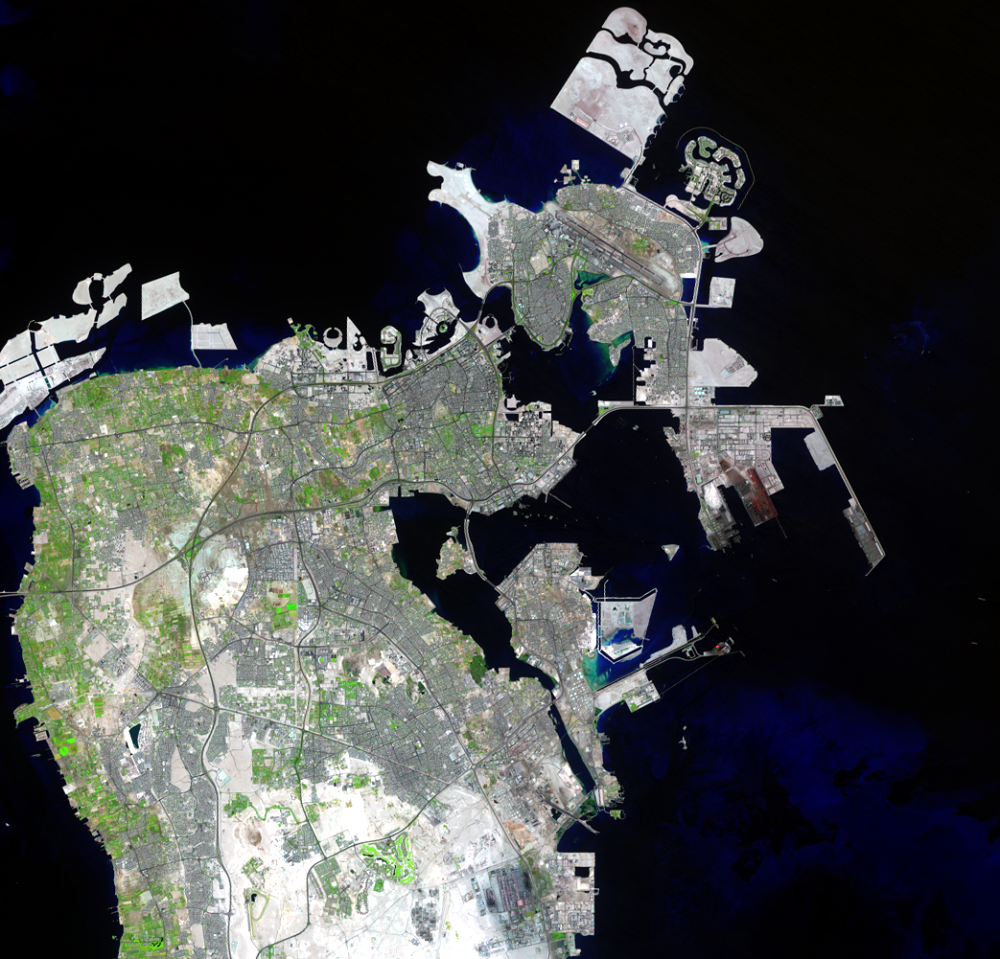 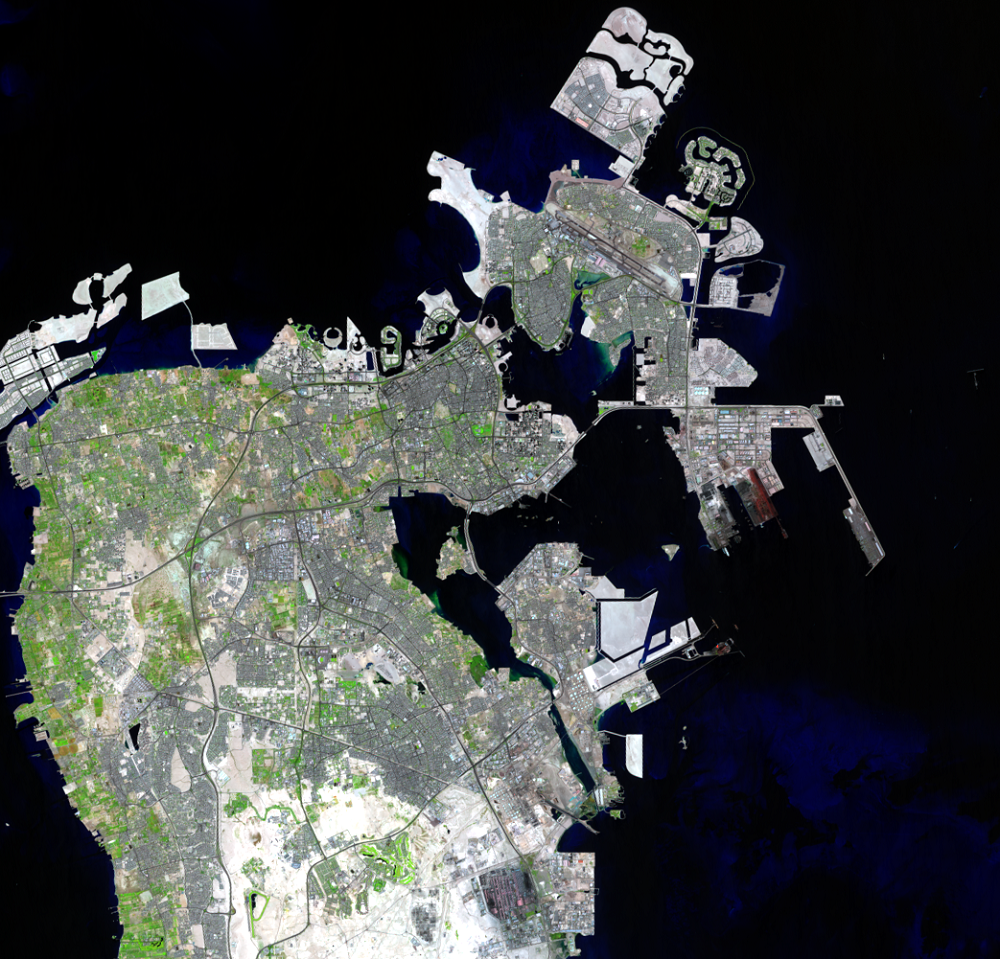 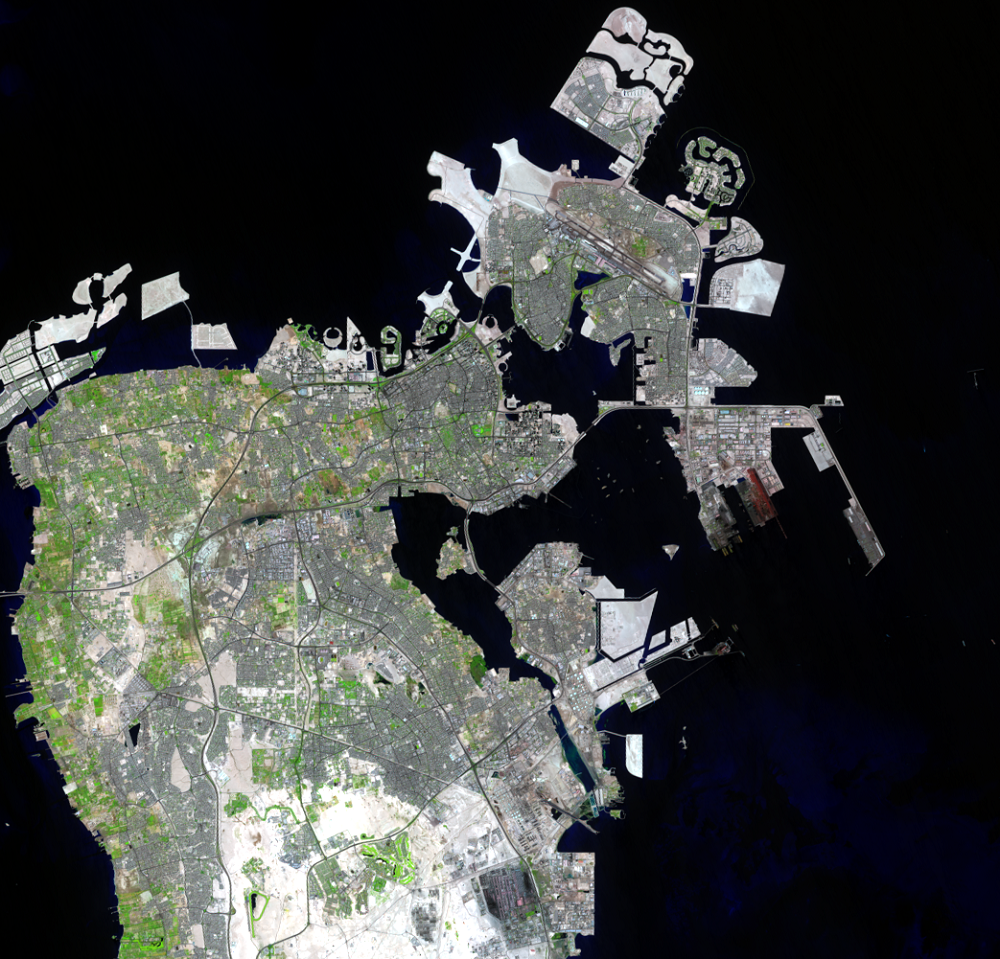 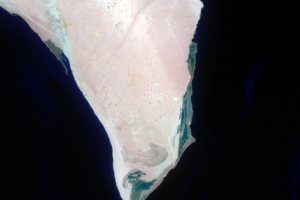 At the southern end of Bahrain is a sight that can only really be appreciated from far above. The first residents moved to this group of artificial is...