More about This Flood An Illinois/Indiana, USA story

The flooding that happened in summer 2008 in Indiana and Illinois started late in 2007 with above normal snowfall. This extra snow saturated the ground as it melted in spring 2008. The above normal rainfall in the spring only made the situation worse. (Many U.S. Geological Survey streamgages in the region already showed stream levels at higher than average streamflow.) The heavy rainfall event on June 6–7, while by itself might not have caused catastrophic flooding, combined with the saturated conditions from the previous winter snows to cause this flood.

On June 6, 2008, a nearly stationary (unmoving) weather front was draped across south-central Indiana, and moisture from the Gulf of Mexico streamed north to fuel thunderstorm development. Nearly continuous thunderstorms over a 12–16 hour interval dumped significant amounts of rain on the region. This rain flowed into the already high rivers and streams, which rose quickly.

In the precipitation map on the left, the colors indicate the amount of rainfall for the first half of June 2008. The colorful area from eastern Illinois and into central Indiana reflects the heavy rain that occurred there at that time. 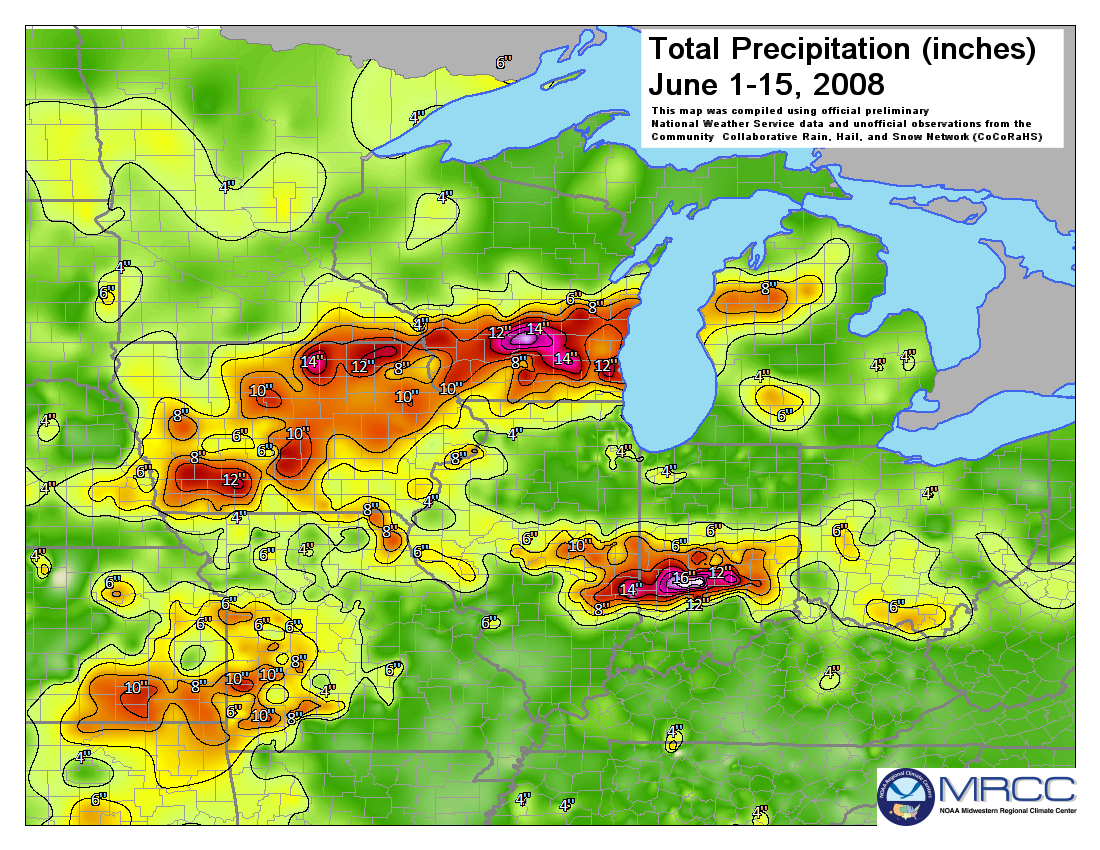 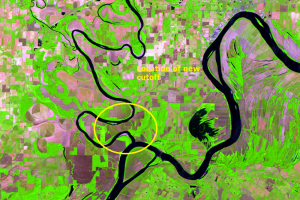 Floods are examples of short-term environmental change. They cause substantial damage and change for only a short time, such as a couple of weeks. The... 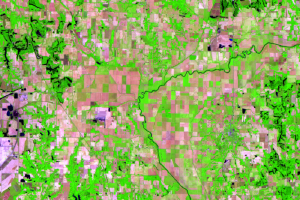 Just west of Clay City, there is a large, nearly square-shaped area of floodwater in the 2008 flood image. It covers about 2,200 acres. The fact that ... 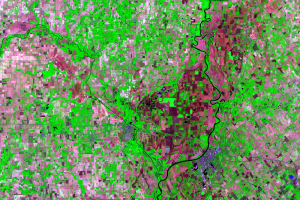 In this area at near Lawrenceville, Illinois, and Vincennes, Indiana, some fields are green, some are maroon, and others are pink. Why are these field... 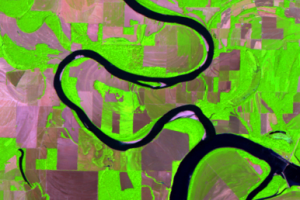 Cutoffs are common on meandering rivers like the Wabash, but it’s rare to be able to witness a cutoff forming as it happens. Scientists are using this...