Moving a Town A Chuquicamata Mine, Chile story

The town of Chuquicamata was established as a mining camp when mining operations opened. After much mining and open pit expansion, the town ended up being too close to the mining operations. Dust from the mine and gases from the nearby smelting plant caused the mining company to relocate the entire town.

Besides the health and safety concerns, the company was running out of convenient places to pile up mine waste. To extract 1 kilogram of copper, 100 kilograms of rock has to be removed from the ground. That waste material has to go somewhere. So now, the site of the former town is beginning to be buried in mine waste.

Most of the town has not yet been buried and stands as a ghost town. Residents were moved to Calama, a city about 15 kilometers away. Codelco, the government company that owns the mine, built over 5,000 homes—one for each family. Residents began moving in 2004, and by September 2007, Chuquicamata was officially abandoned. 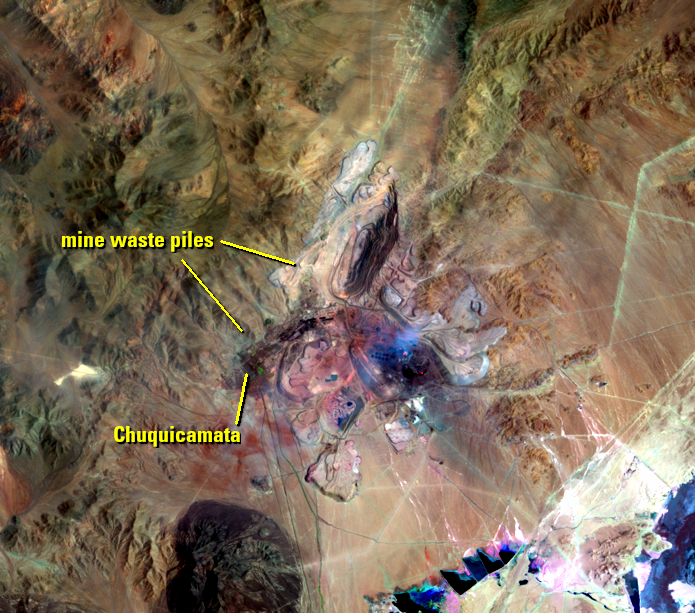 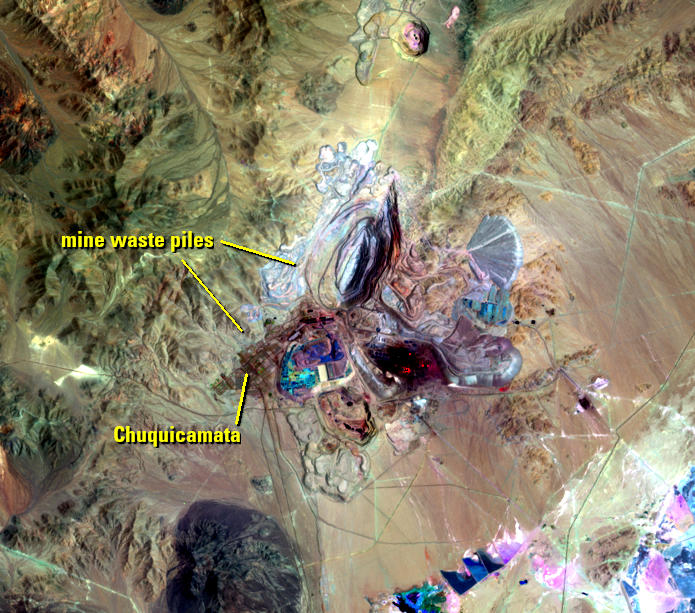 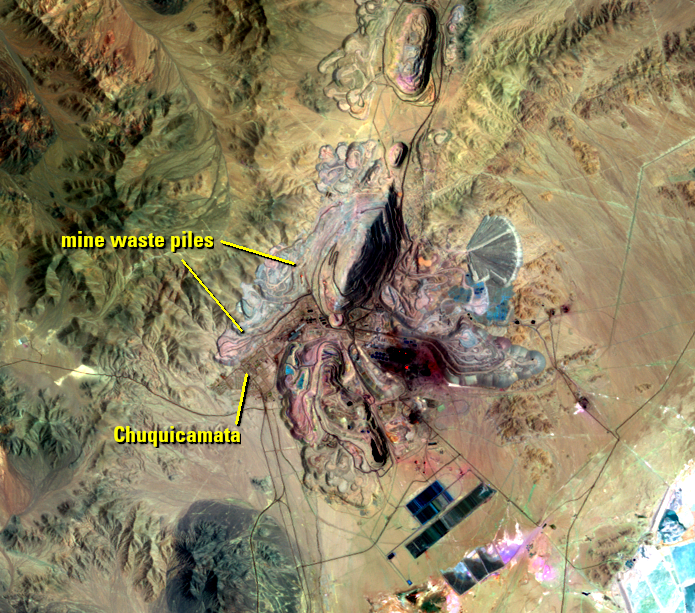 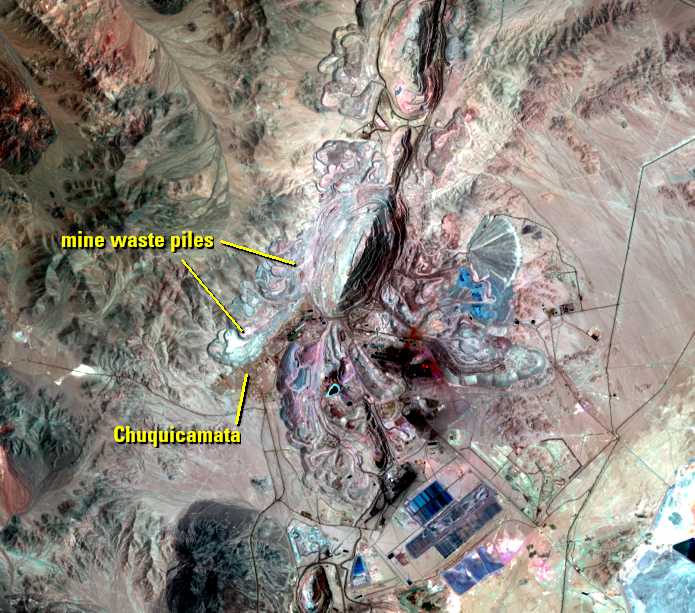 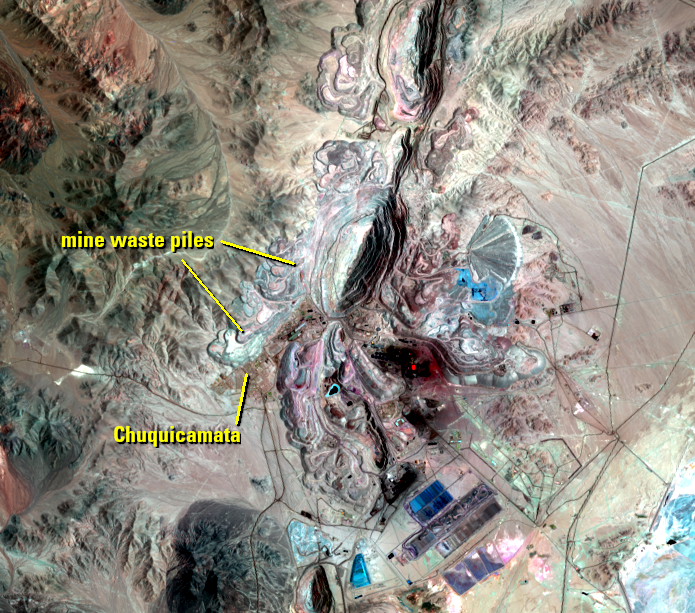 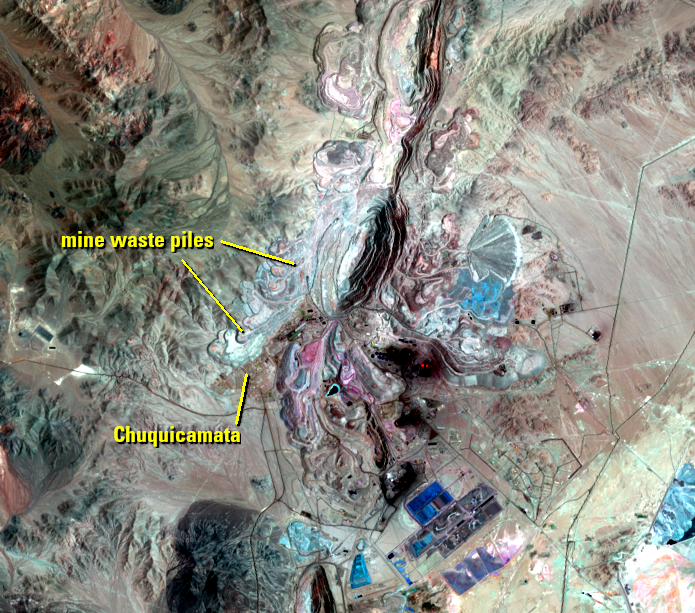 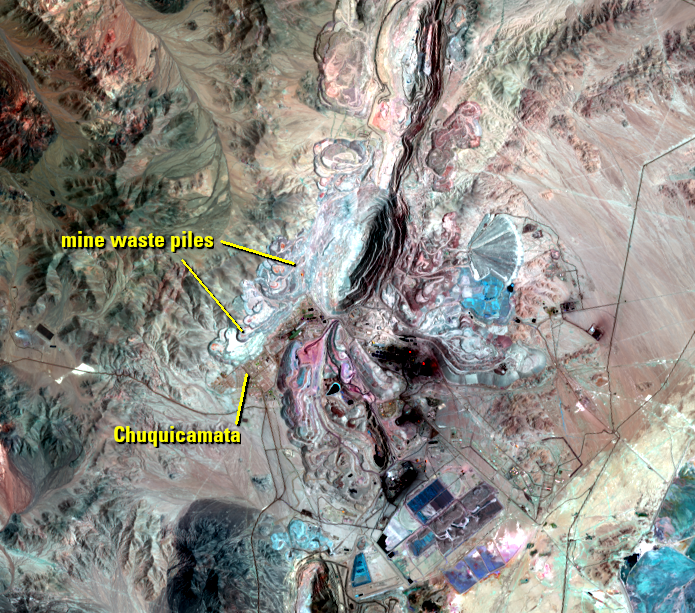 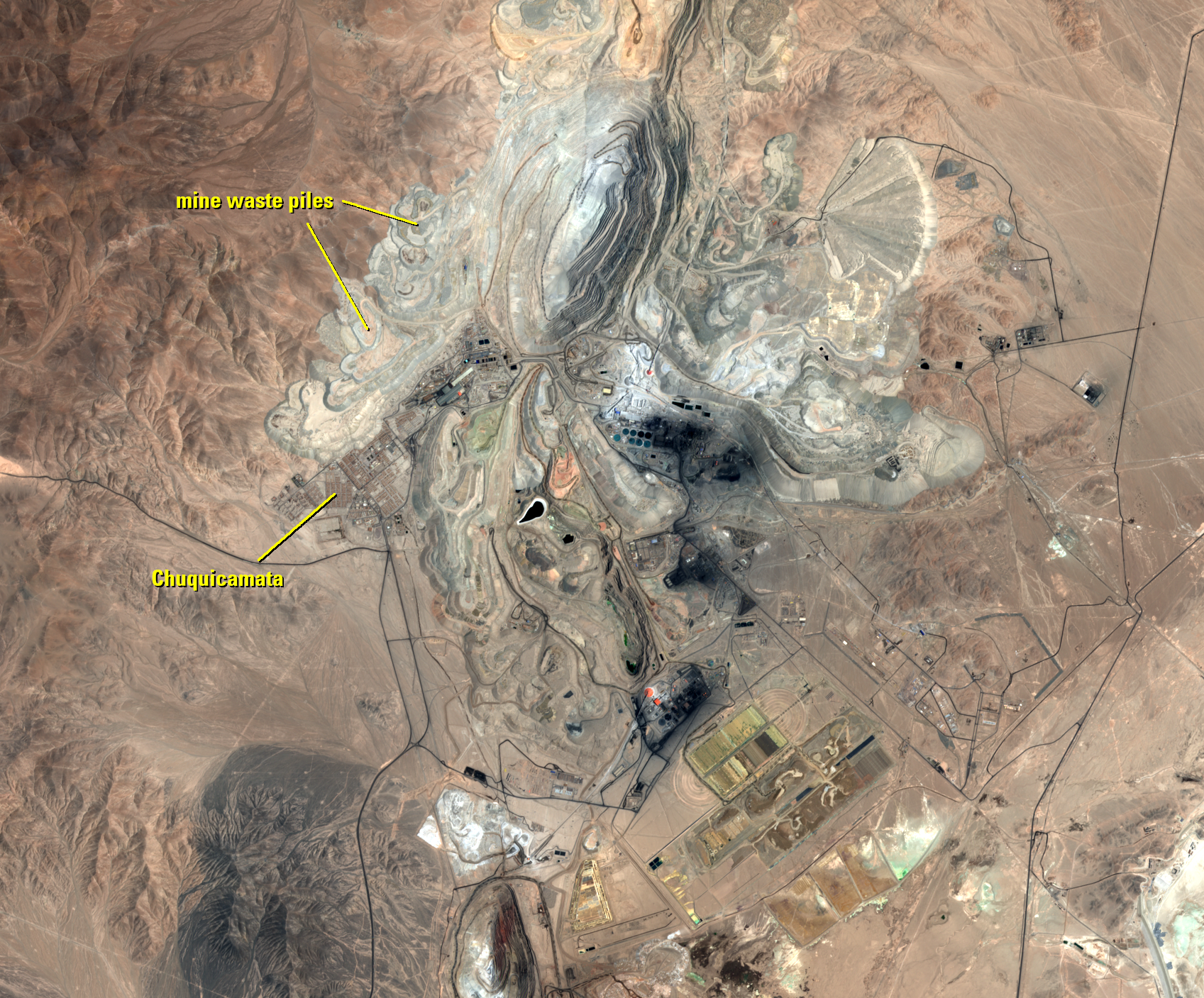 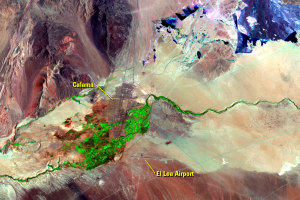 As expected in the Atacama Desert, Landsat doesn’t detect much vegetation—only some green along the Río Loa and next to the city of Calama. Calama has... 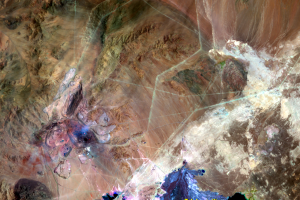 As part of the mining, huge amounts of material are dug up and removed. The ore is crushed within the pit, and conveyors bring the ore to the mill. Ne...