Southeast of Shanghai is an area of major land change where a planned city is being built. Nanhui New City covers about 74 square kilometers and is intended to provide space for 800,000 people. It was formerly called Lingang New City and was renamed in April 2012.

The main feature of the new city is a circular artificial lake, visible in this series of images starting in 2004. Dishui Lake is 2.5 kilometers across and includes three artificial islands. The concentric structure of the city resembles a compass rose. The streets radiate out from the center. Waterways extend all over the city to support its theme of “waterside living.”

Off the coast is Yangshan Deep-Water Port, one of the largest shipping ports in the world. The huge port opened in 2005 and can handle the world’s largest container vessels. More than half of Yangshan Port was built on reclaimed land.

The port connects to Nanhui New City by the Donghai Bridge. Construction of the bridge is visible in the 2004 image. It opened to general traffic in 2005. The 32.5-kilometer-long bridge carries six lanes of traffic and is one of the longest bridges in the world. 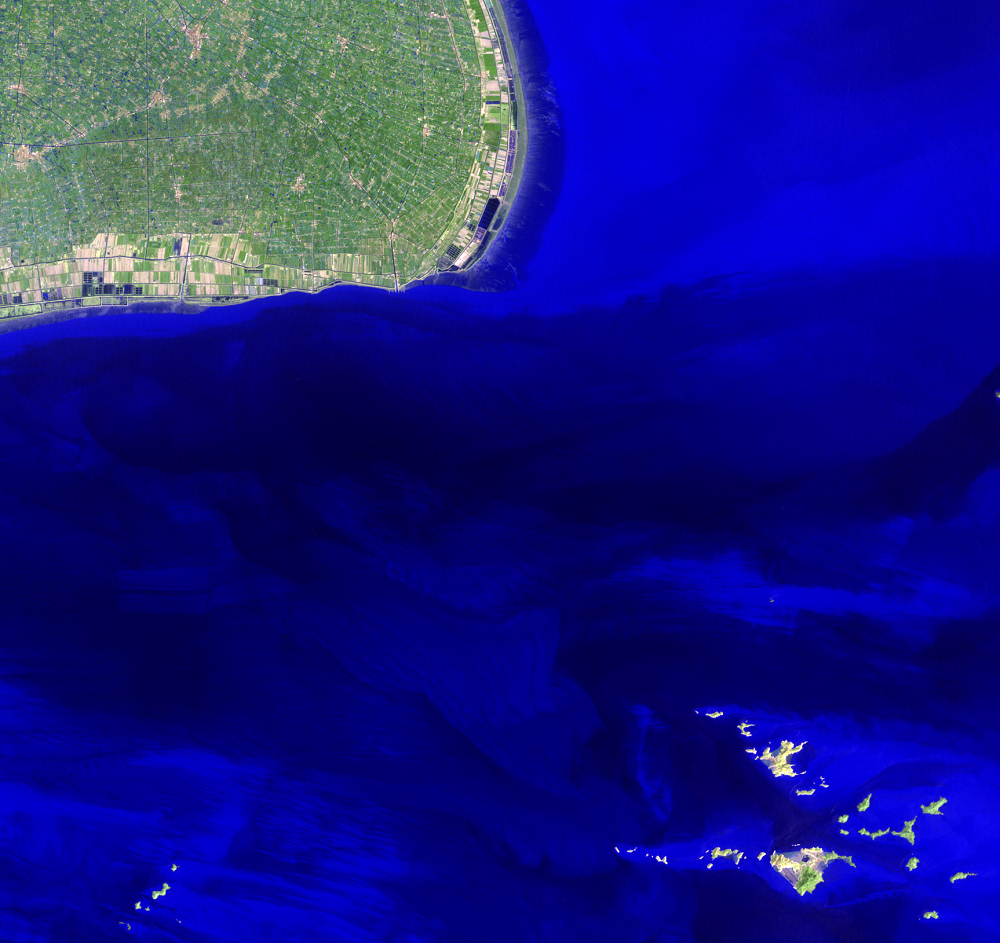 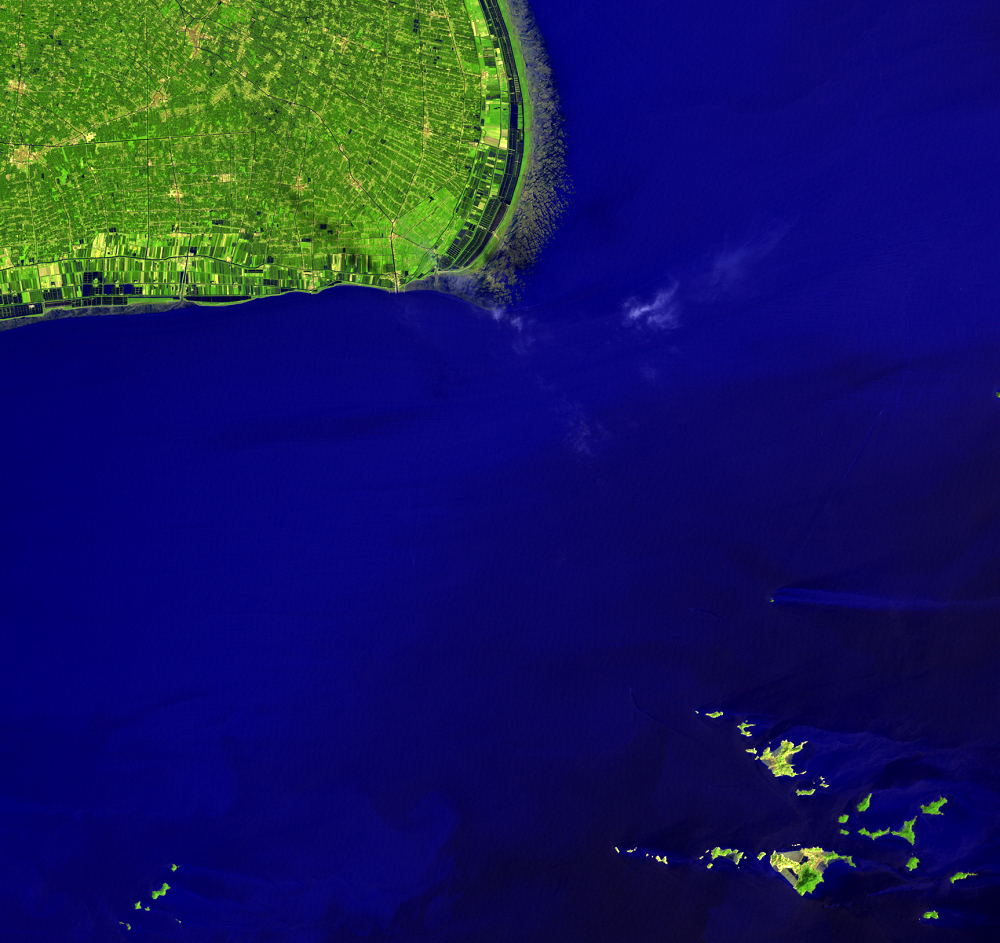 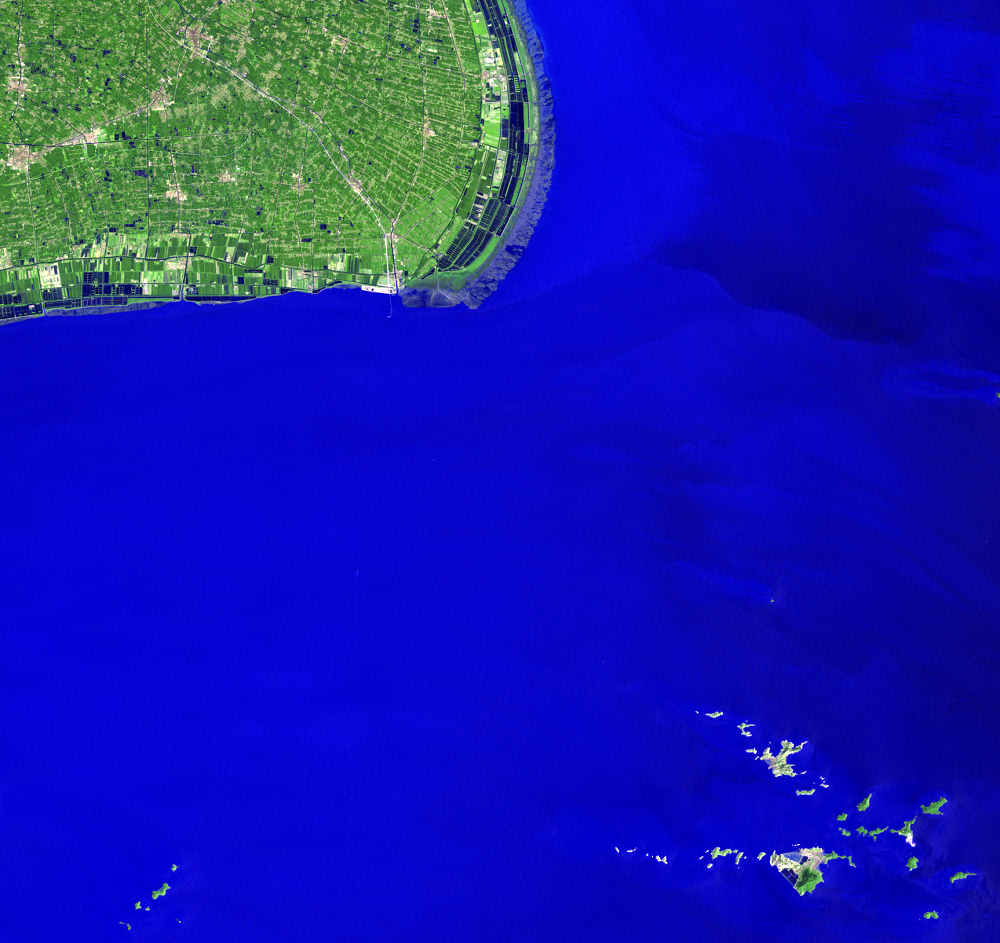 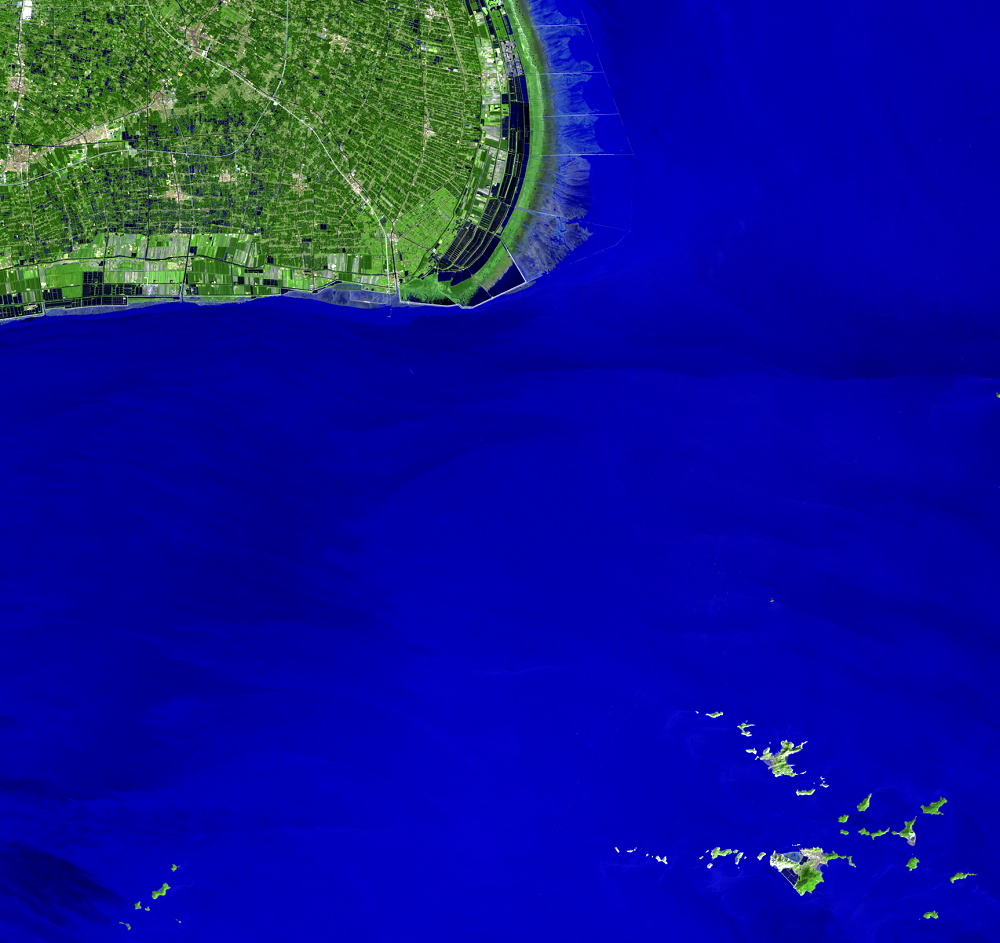 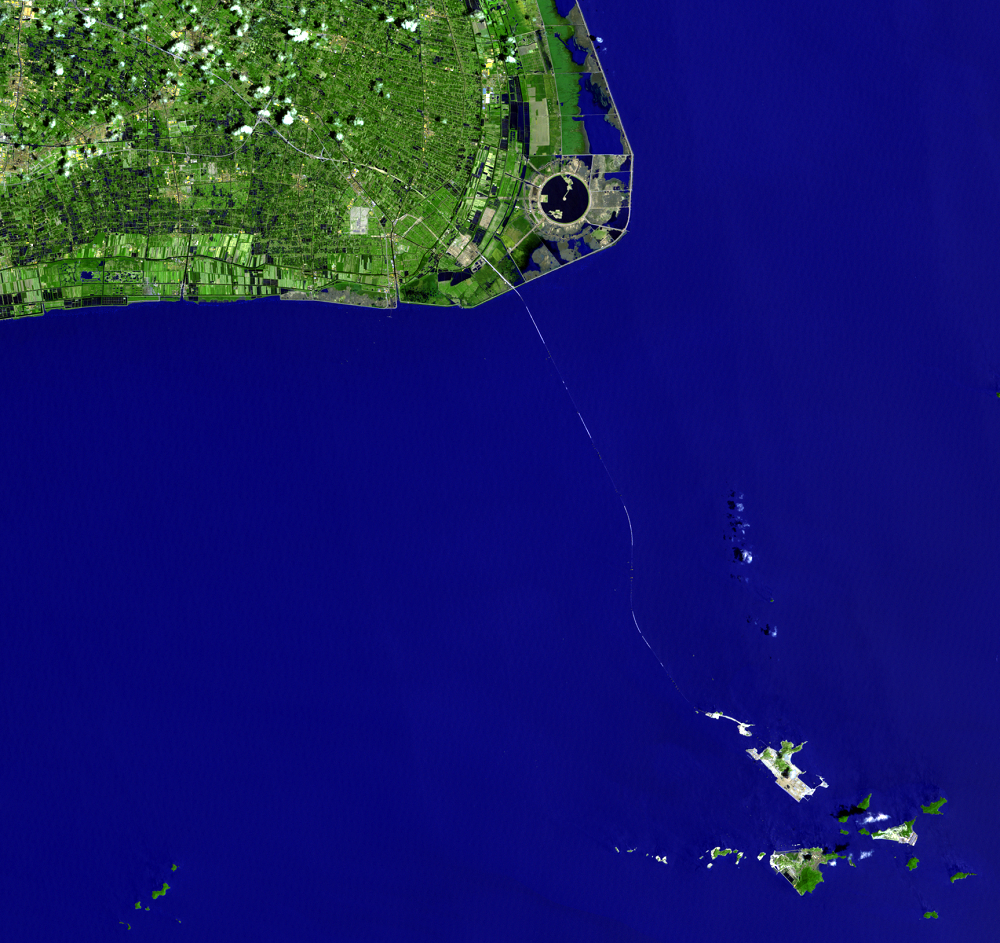 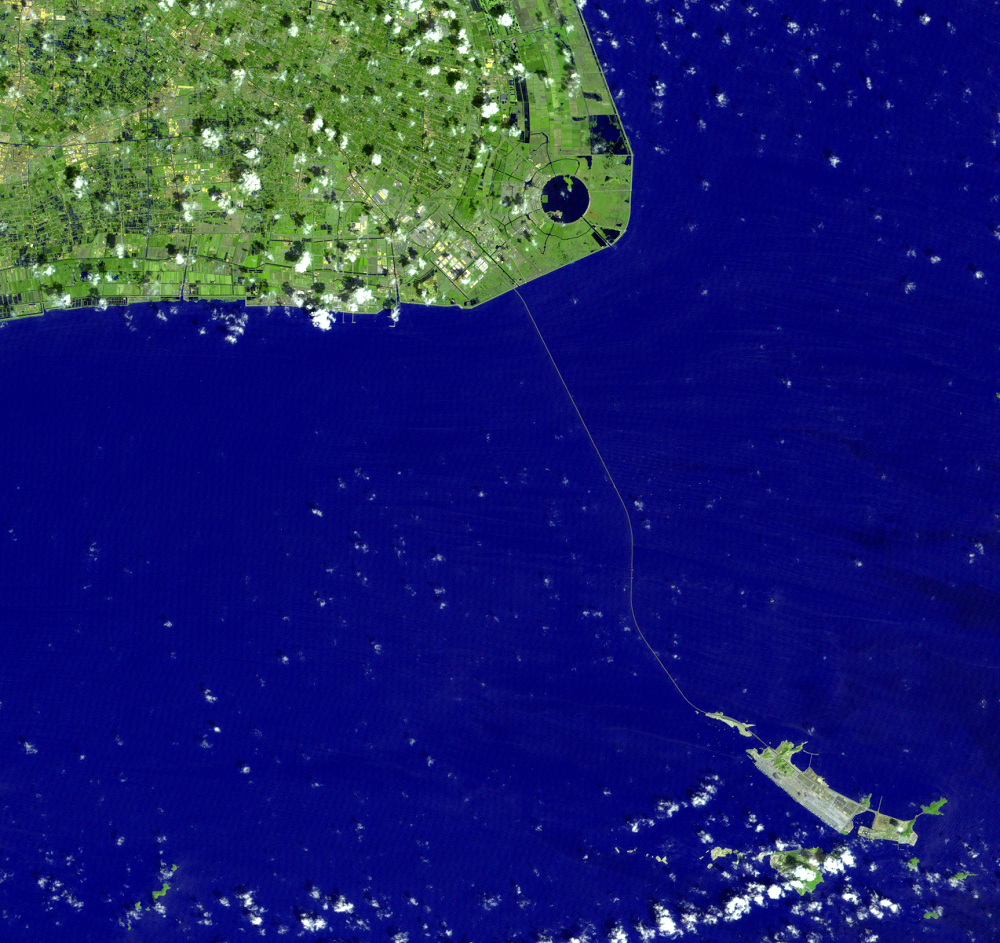 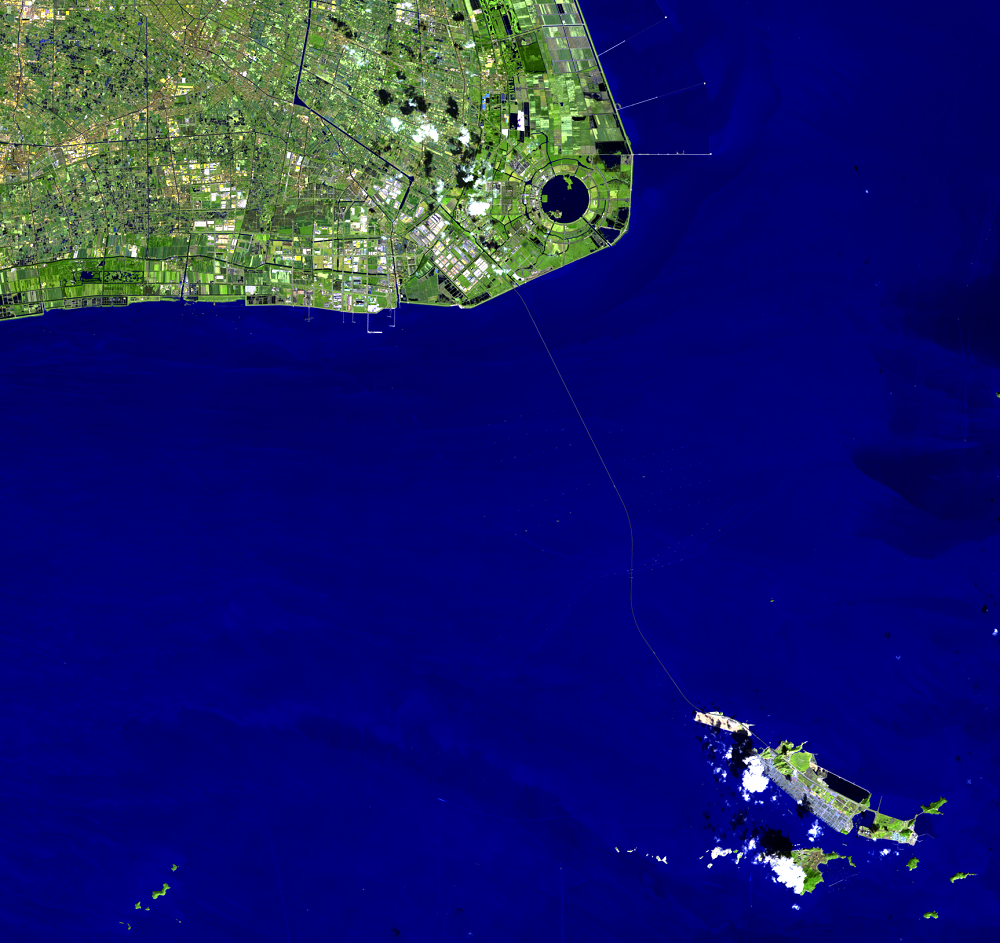 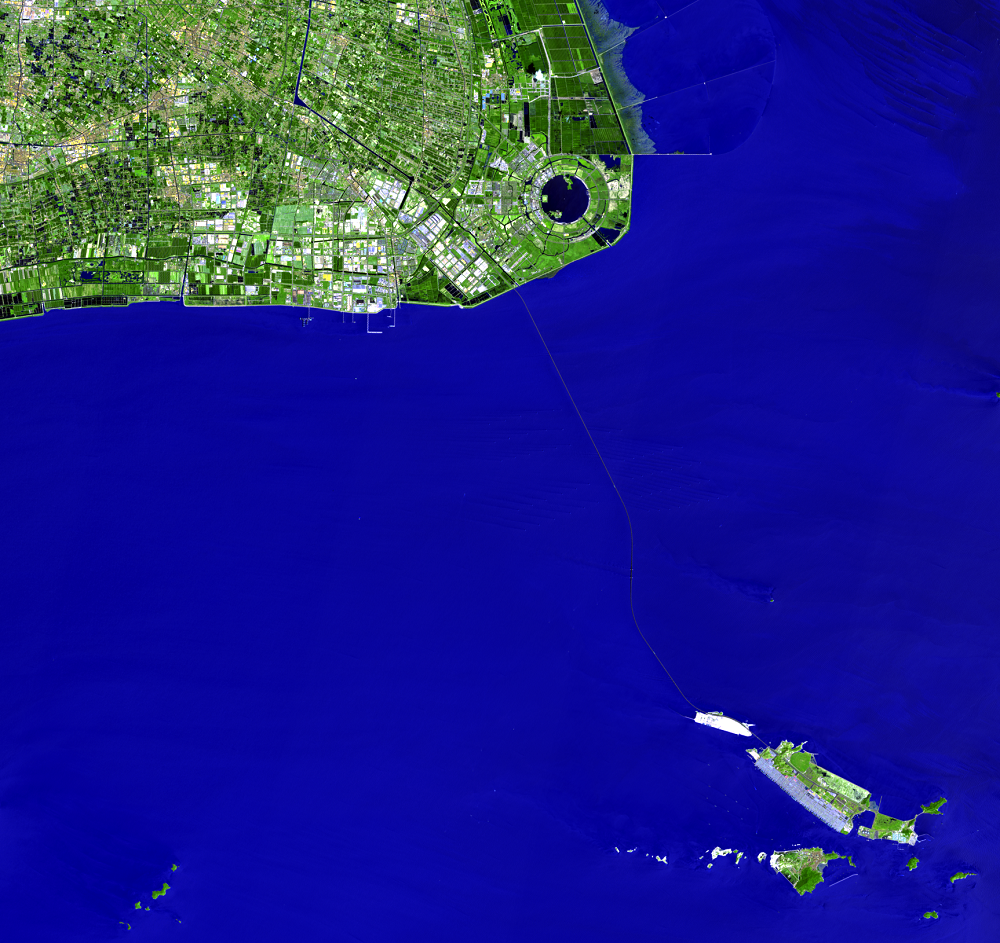 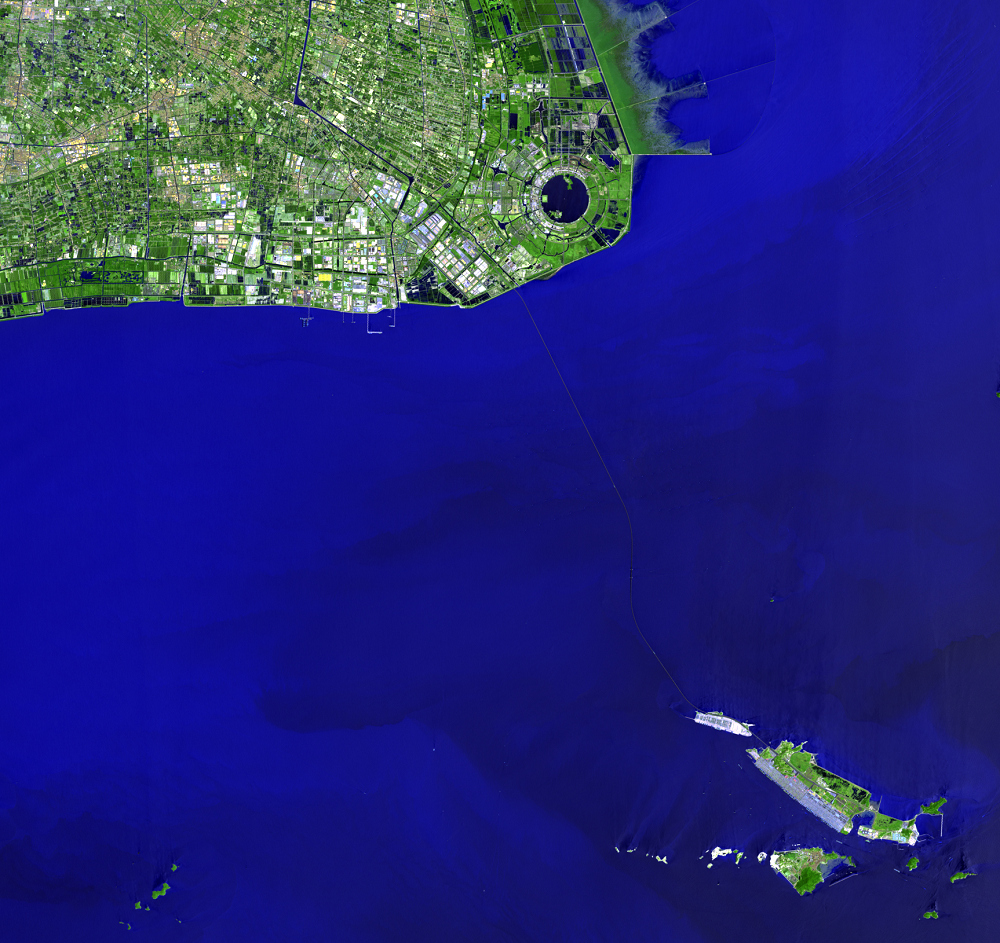 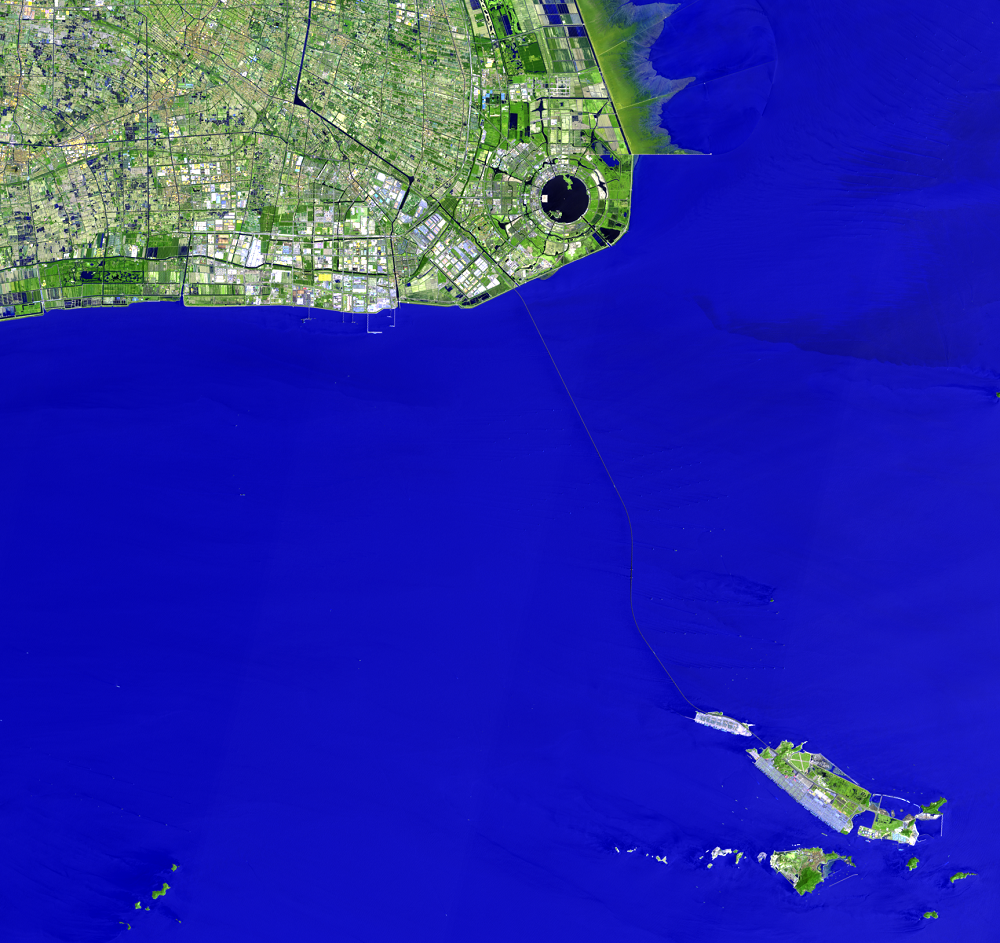 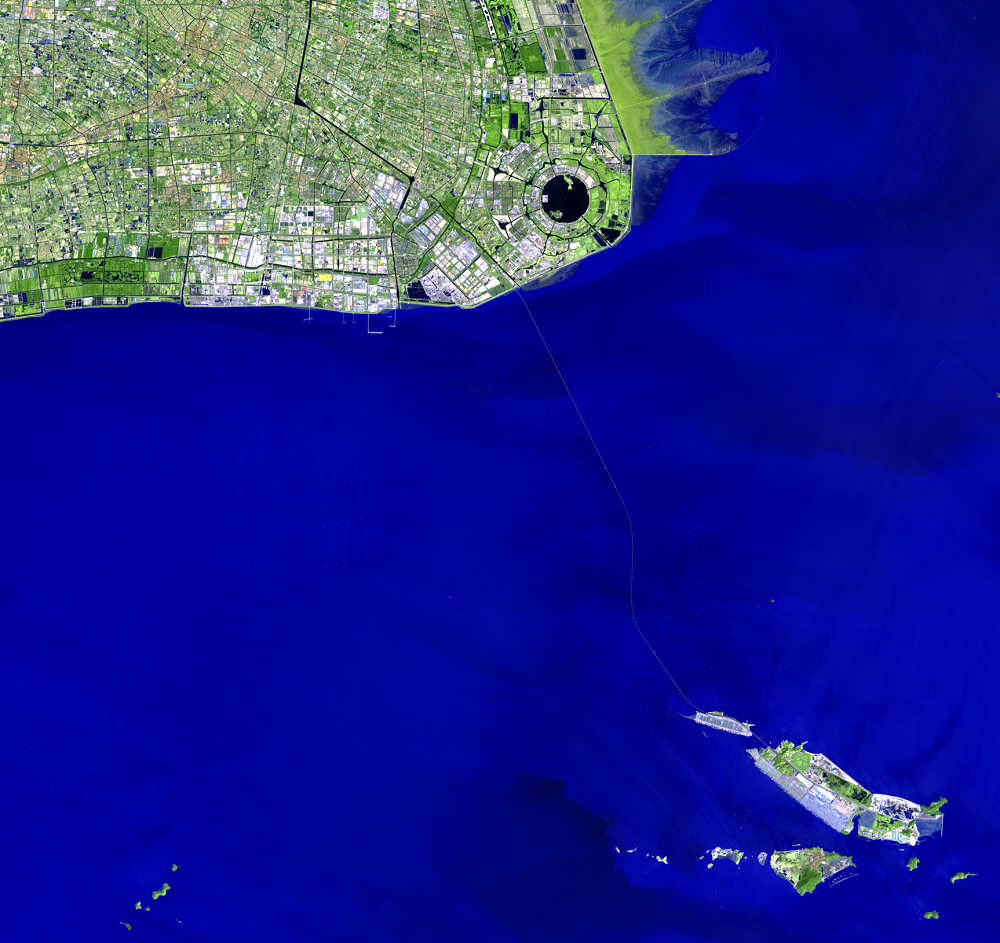 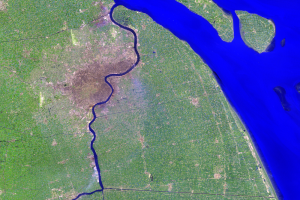 Shanghai is expanding in every direction. The city is growing in a similar pattern to other cities around the world. Its population gain is mostly in ...