As rain falls through the sky it absorbs carbon dioxide, making it slightly acidic. All stone is subject to this acid, but limestone dissolves especially rapidly, and its cracked, fractured structure lets the water seep down through it. Over many years, elaborate networks of tunnels and caves form underground, often with a honeycomb of vertical “pipes” that drain the area underground, rather than through ordinary streams and rivers draining laterally to the ocean. Karstic areas have few streams. Other features of a karstic landscape are artesian springs, underground rivers, natural bridges, caves, quicksand, and especially sinkholes.

A sinkhole forms when the roof of an underground cave collapses and the rock and soil above it drop down to fill the void. Sinkholes occasionally make the news by swallowing buildings, roads, and trucks. Since water often lies just below the ground in Florida, these sinkholes often fill with water. This is why these Landsat images show so many lakes; Florida has over 7,000 lakes larger than 10 acres and many more smaller than that. Sometimes part of a lake floor will collapse—a sinkhole under a sinkhole—and the lake will drain down into the aquifer, like pulling the plug in a bathtub. You can see some good examples of karstic lakes in these images. They often have a round shape, steep sides, and no streams leading in or out.

Disney World and Epcot are labeled in these images. Epcot, located southeast of Disney World, is missing in the 1973 image and partly completed in 1986. The expansion of Epcot can be seen throughout the rest of the series of images, along with the growth of residential areas southwest of Orlando. 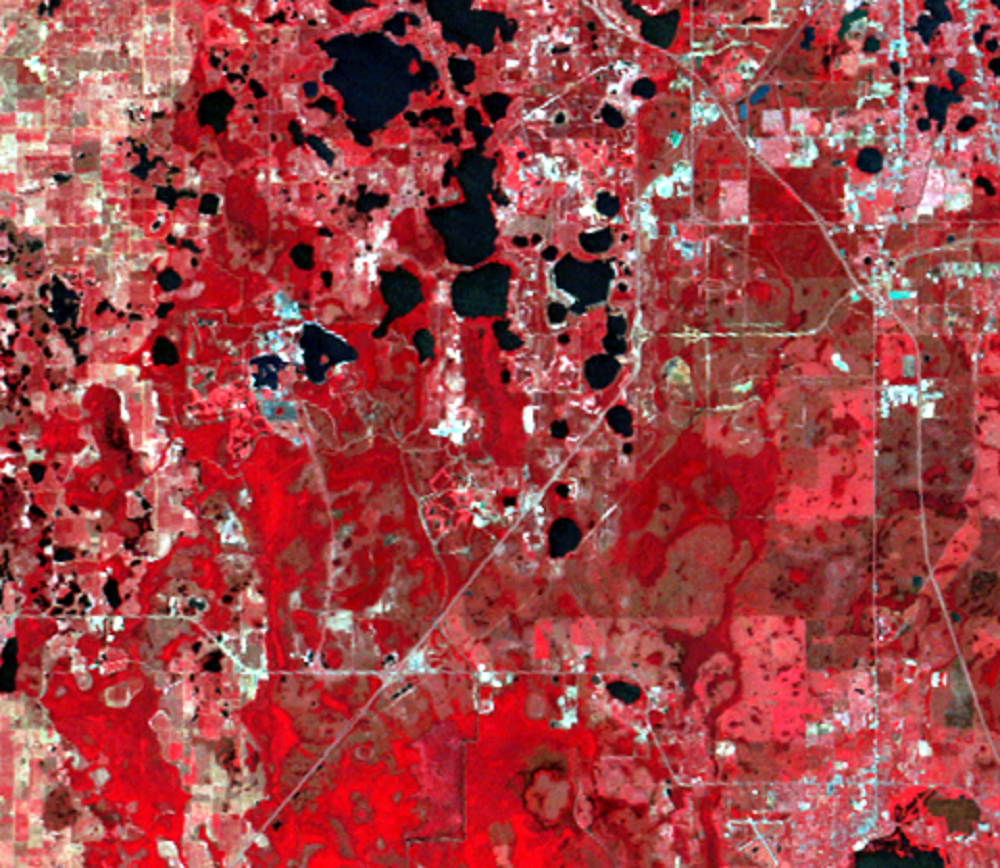 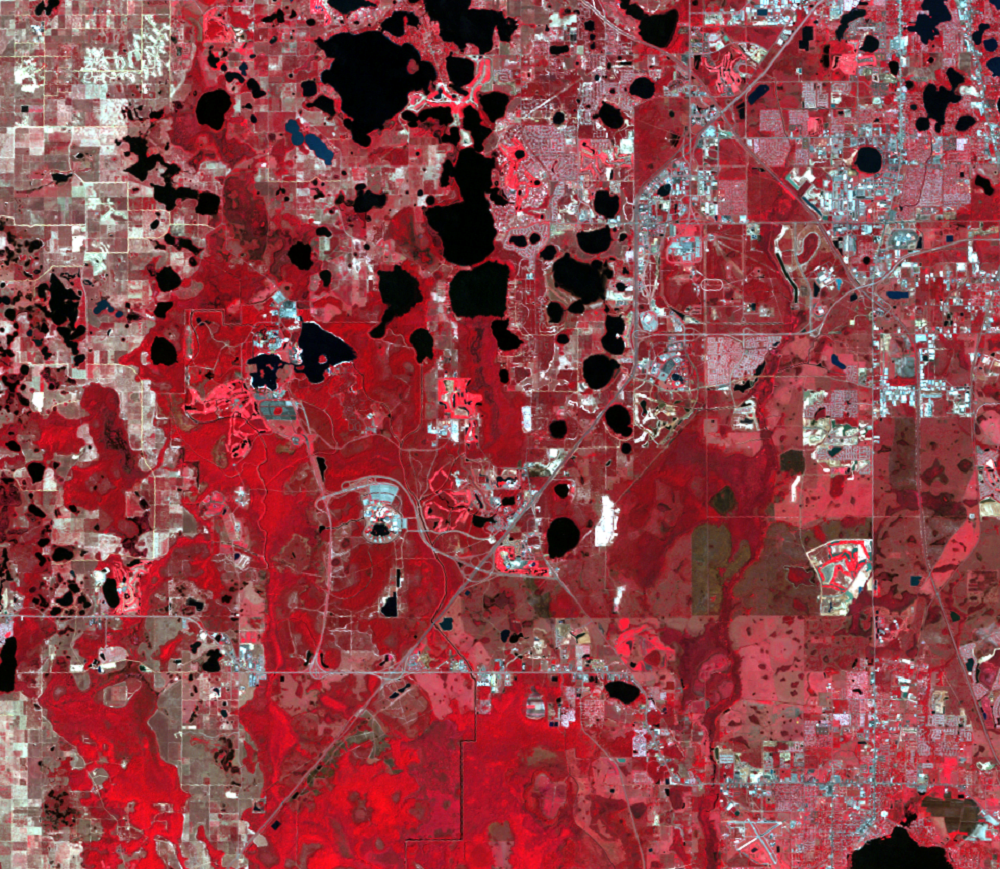 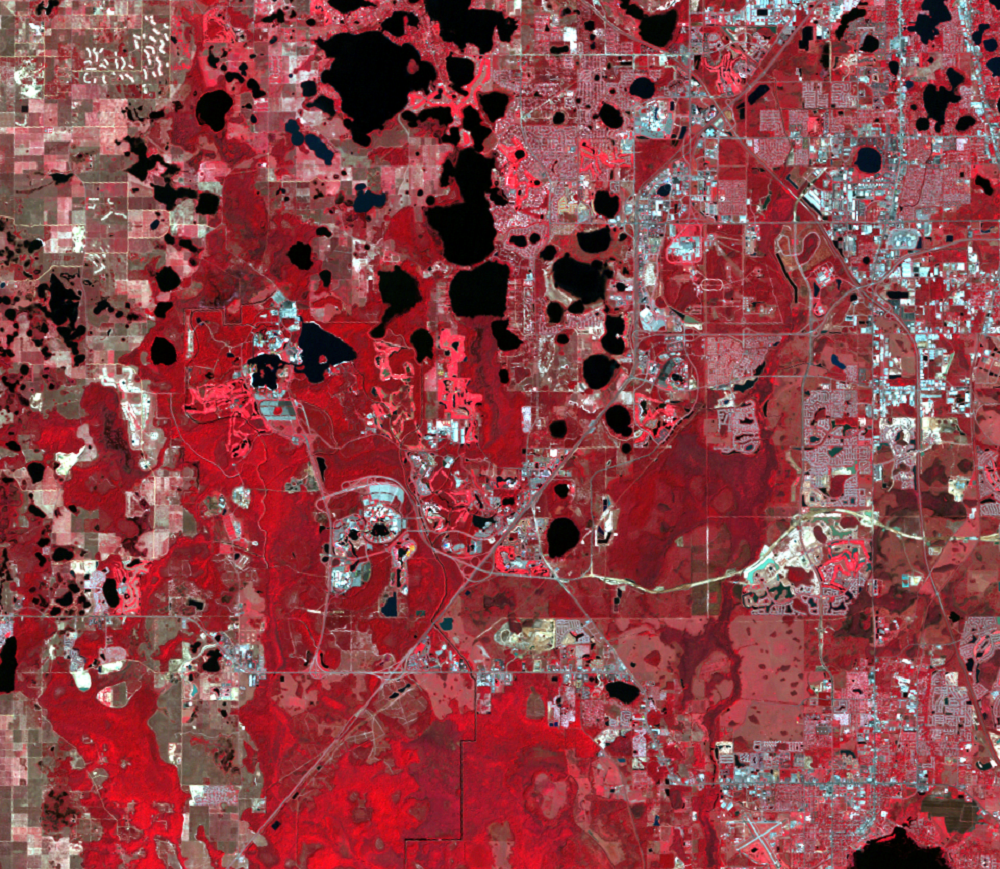 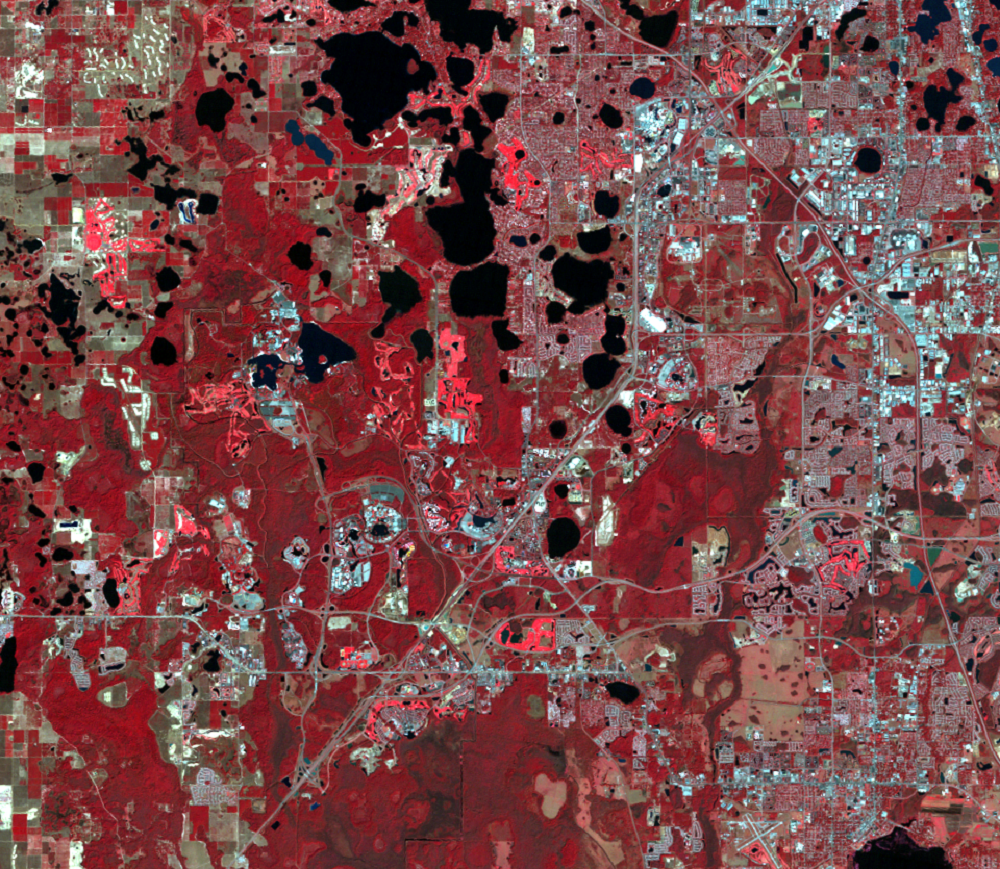 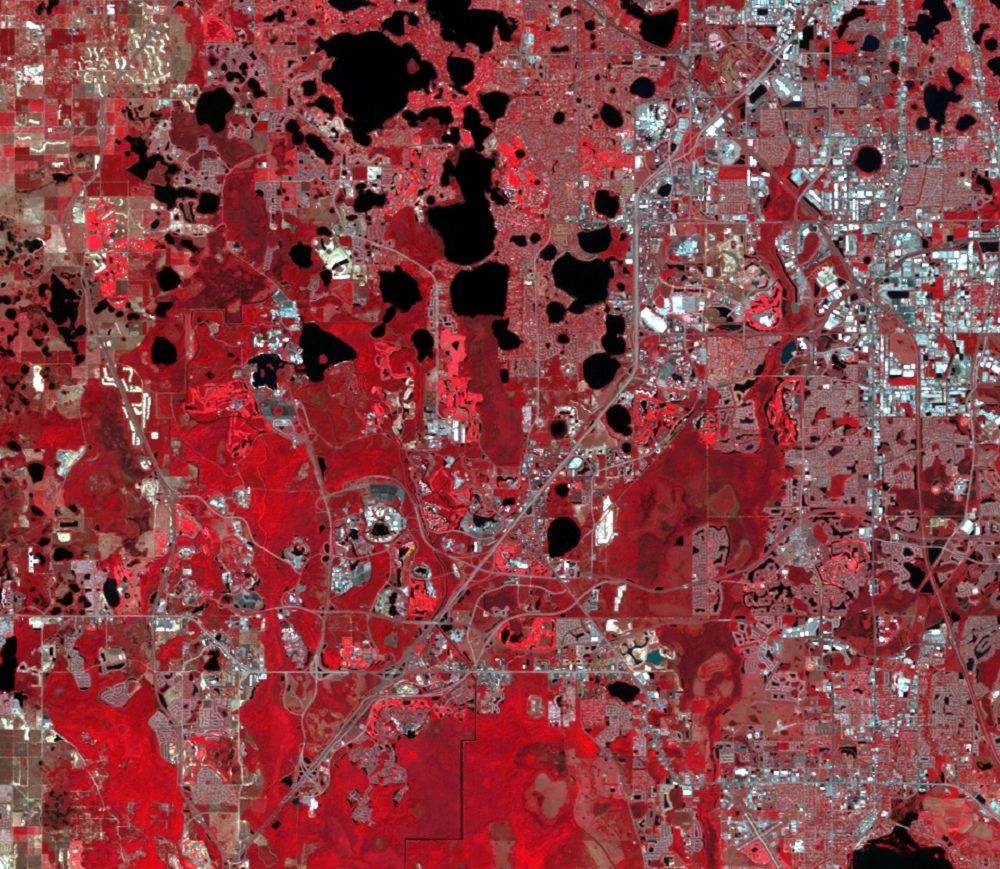 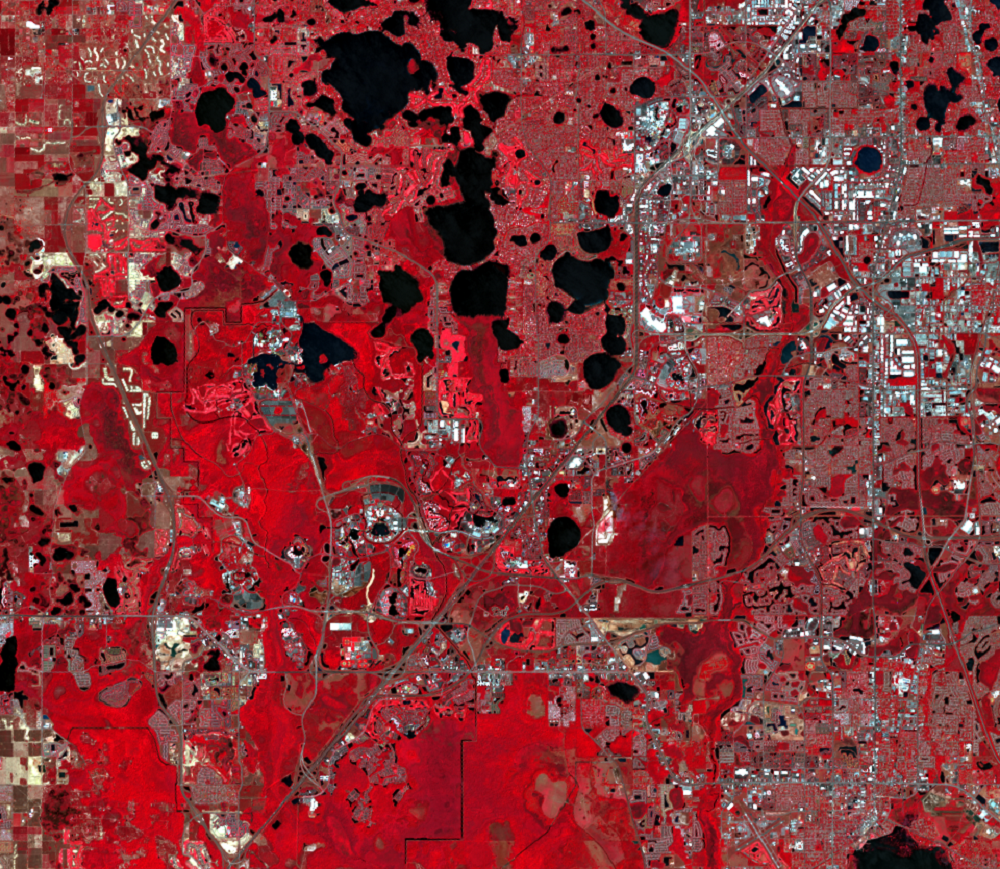 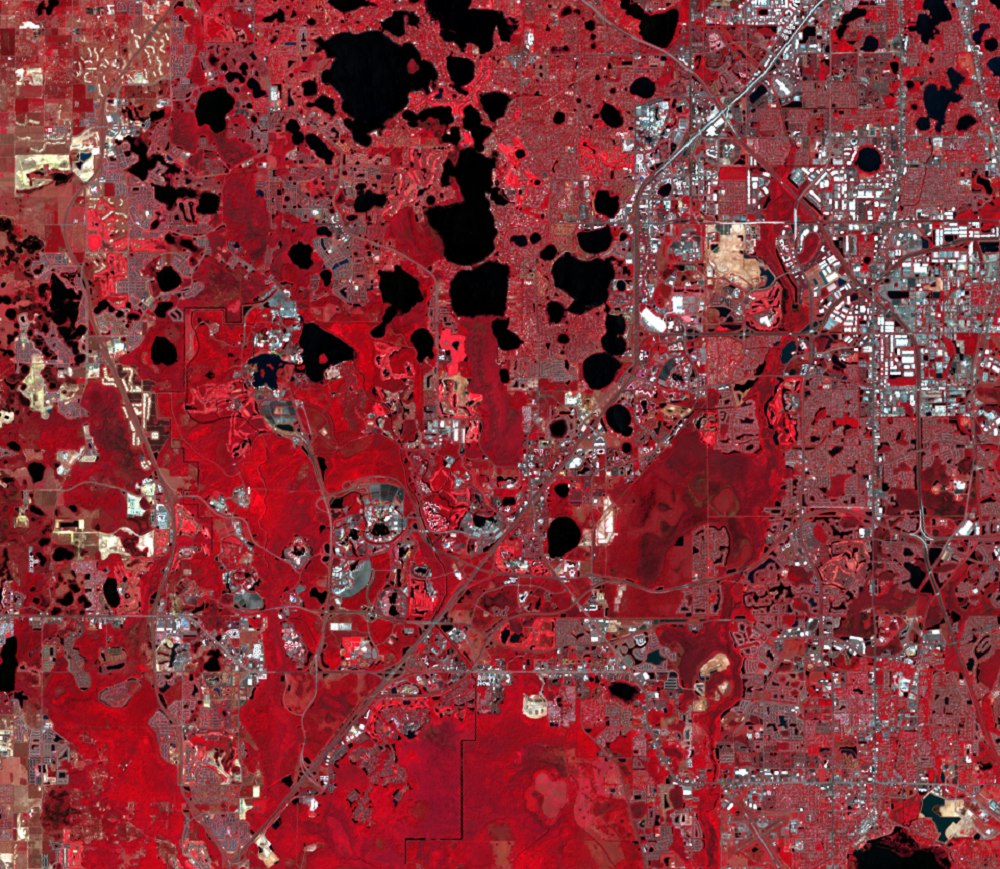 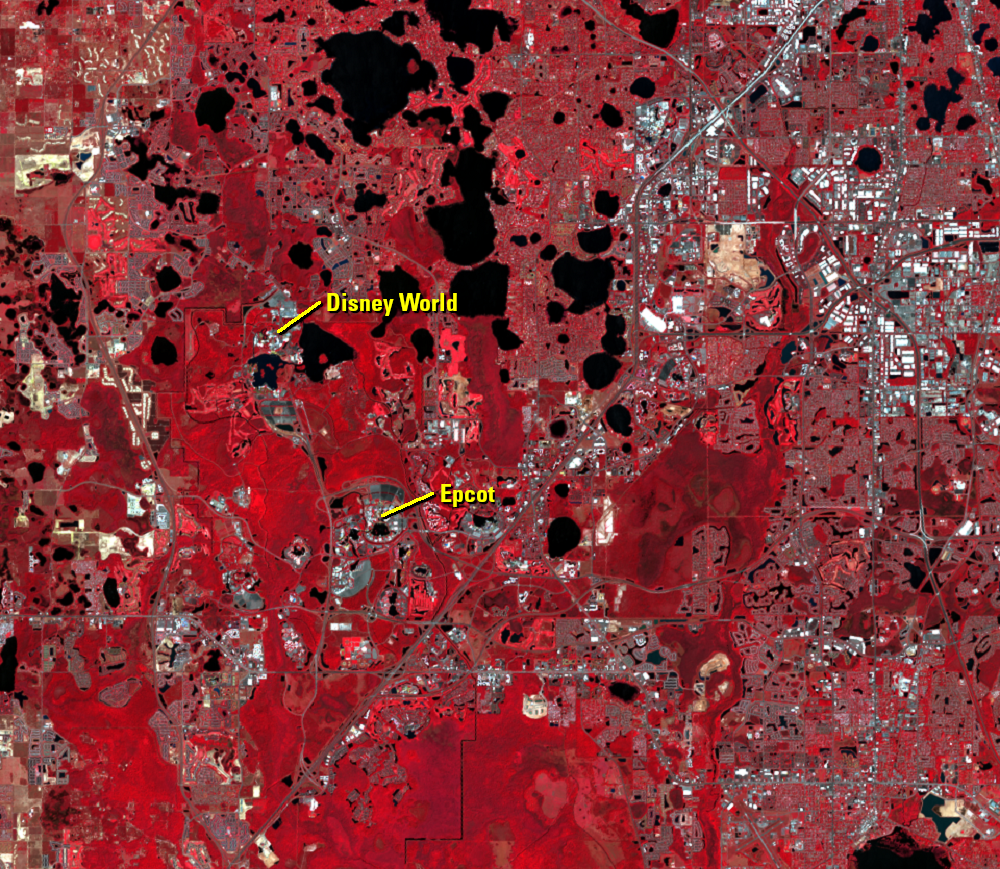 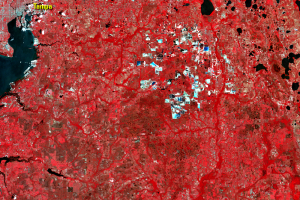 The bodies of water further south, east of Tampa, look completely different, because they have a much more human origin: phosphate mining. South of Or... 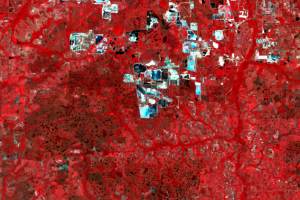 The central phosphate region of Florida has been strip mined since 1888. By the 1980s, it accounted for almost 30% of worldwide production, and almost...