Nouakchott’s airport is visible as the straight diagonal line near the city’s center in the images in the other subsections. Over the time series of images, the airport became surrounded by the urban growth.

A new larger airport, Nouakchott-Oumtounsy (NKC), opened in June 2016. In the 2013 image, the airport is still under construction, and in 2011, there is no sign of it. Located about 20 km north of the old airport, and about 17 km north of the northern extent of the city, this new airport will accommodate even more growth. 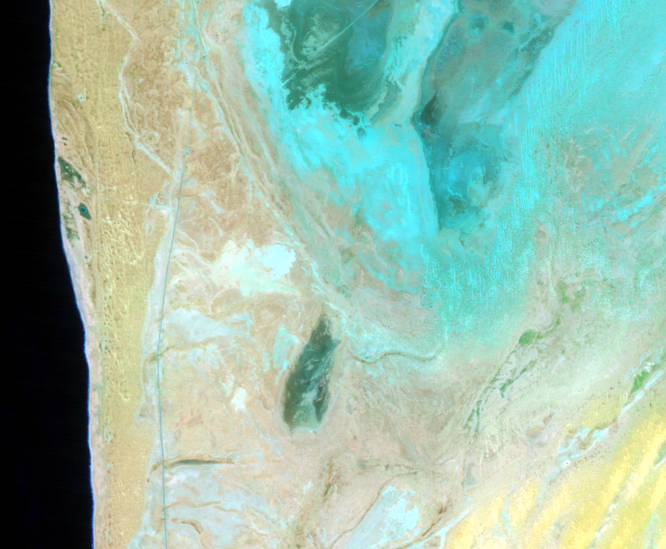 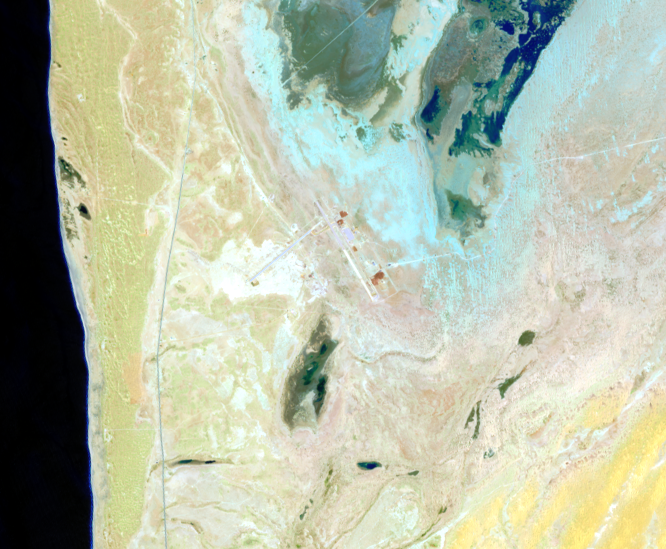 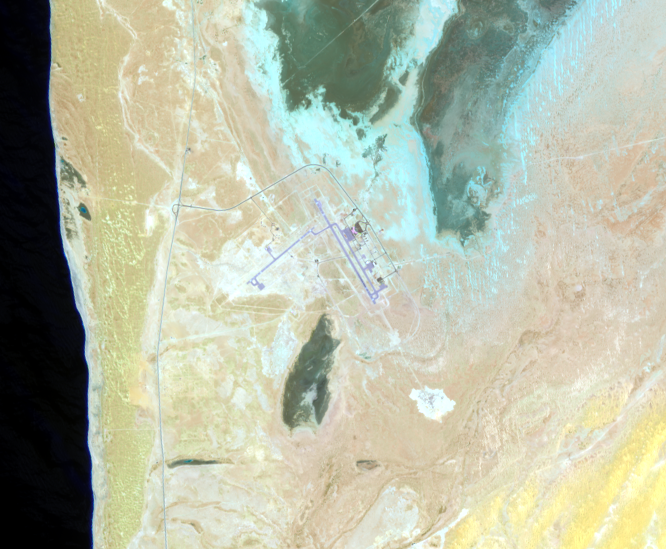 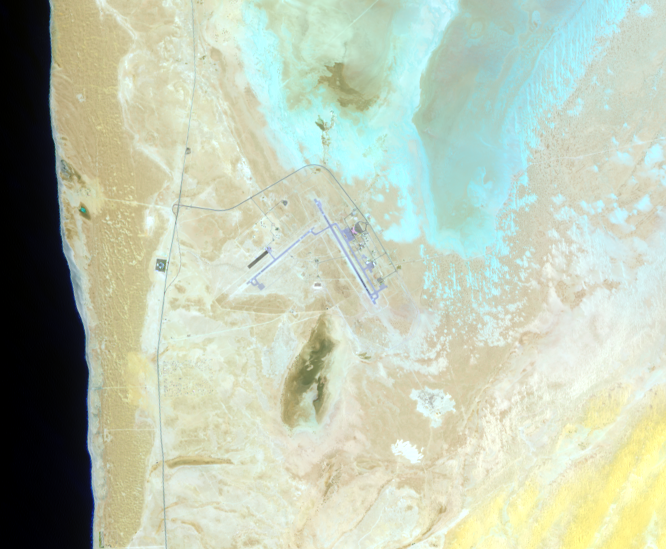 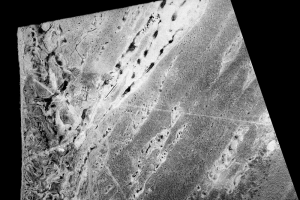 Nouakchott was a small fishing village for hundreds of years. As recently as 1950, it had only about 200 residents. Drought throughout the 1970s broug... 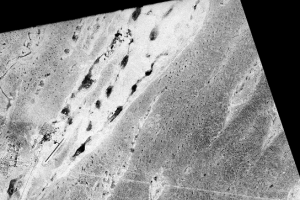 Nouakchott is surrounded by a succession of sand dune belts, some of which are highly mobile and can reach 20 m high. North and east of the city, a gr...