Lake Pontchartrain covers the northern part of these Landsat images. The curvy dark line is the Mississippi River as it meanders past New Orleans. The dark straight lines are canals, built for flood protection and as an aid to water navigation.

The September 7 image shows New Orleans days after Hurricane Katrina struck. The flooded areas are dark, giving the city a bruised appearance. A straight vertical line separates a dark flooded area of the city from the light green-pink unflooded area. The floodwaters appeared to have stopped at the 17th Street Canal. This canal failed but the west dike held, keeping that part of the city from flooding.

By September 7, the city had started to drain. Pumps worked to return the water to Lake Pontchartrain. About 380 cubic meters (100,000 gallons) of water were pumped out of the city every second.

Green vegetation has returned by the 2006 image, one year after the storm. Comparing the image from before Katrina and the most recent 2019 image, the amount of vegetation appears similar. 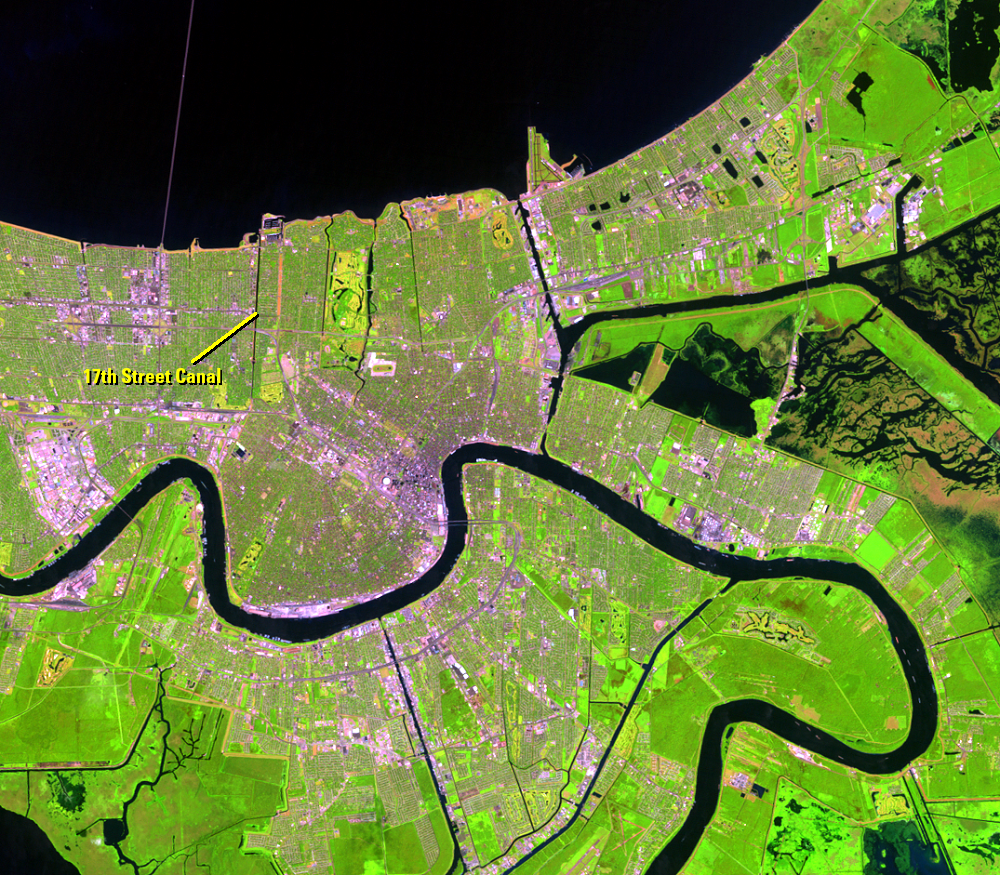 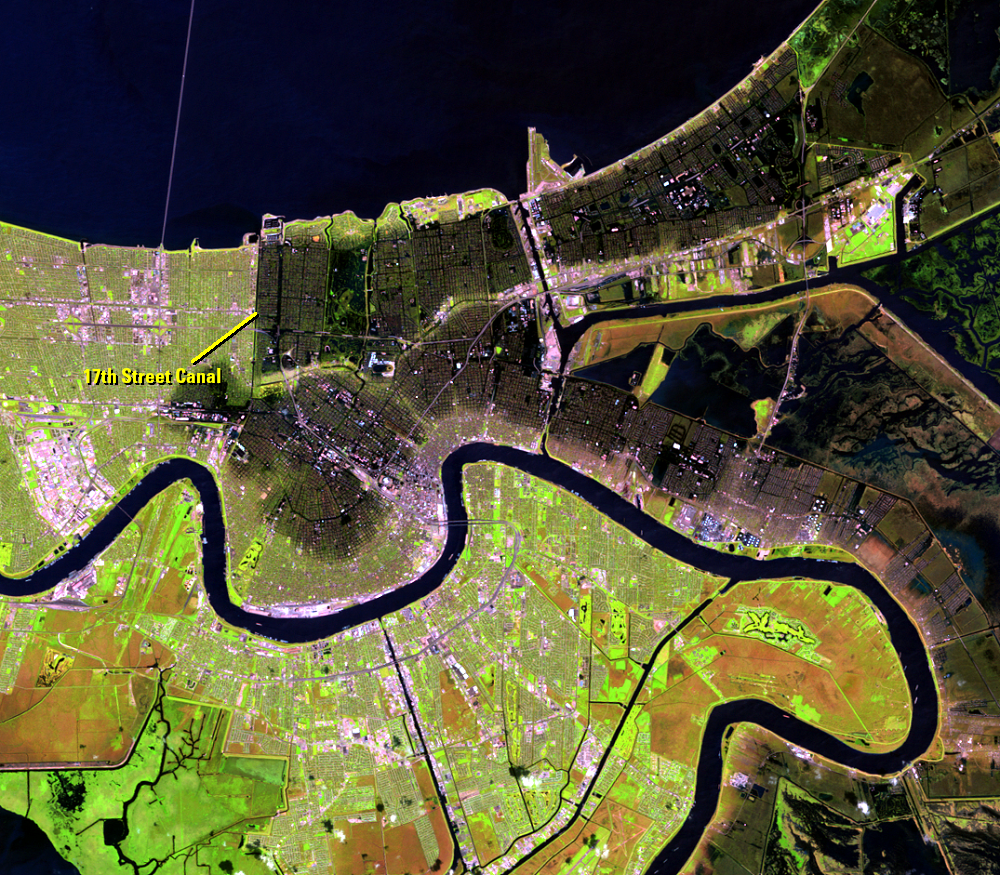 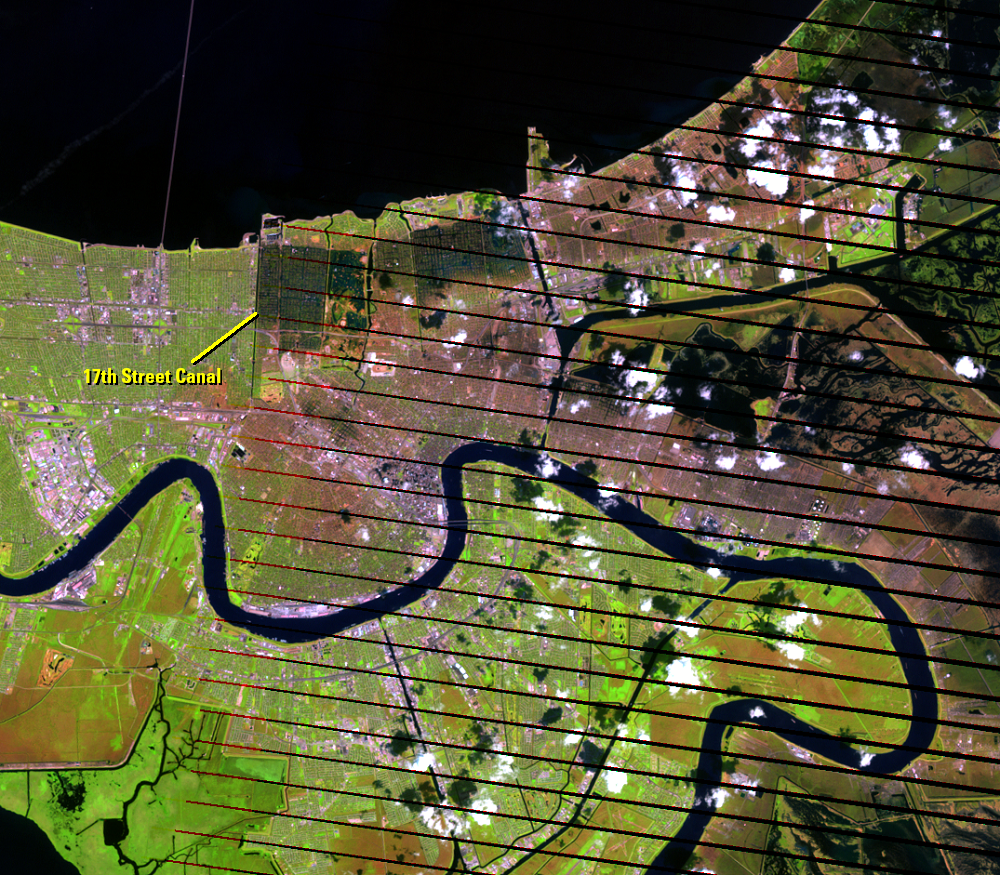 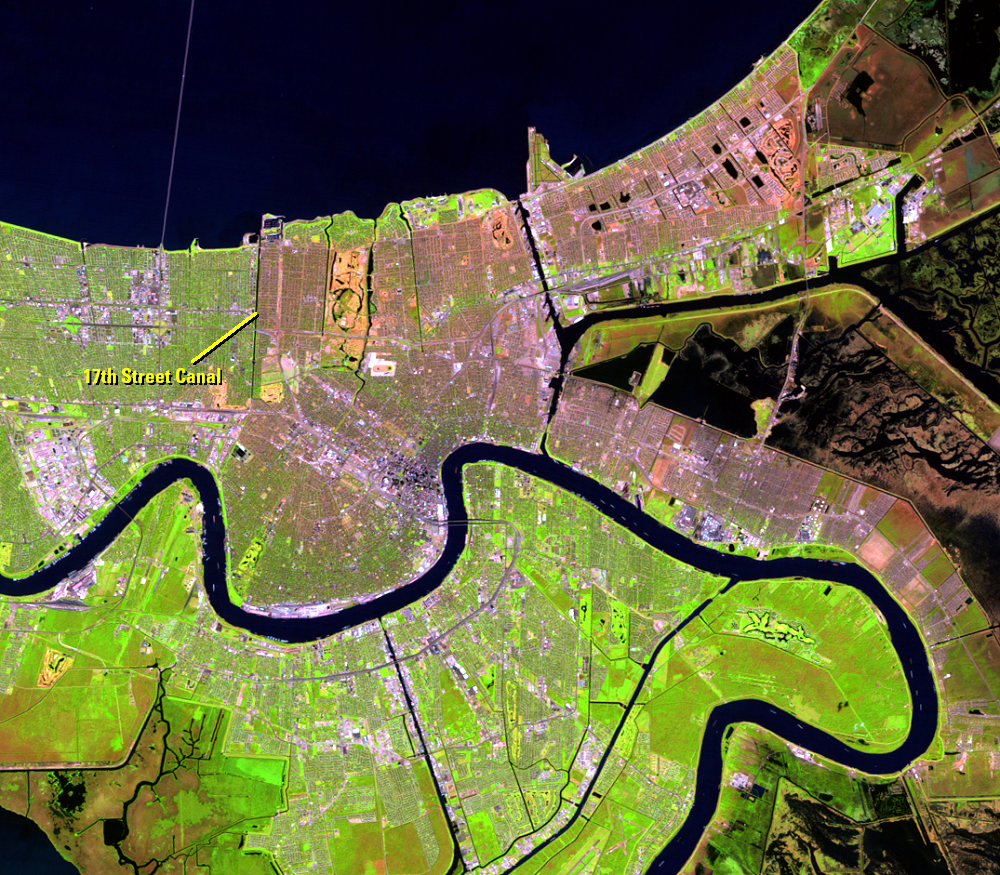 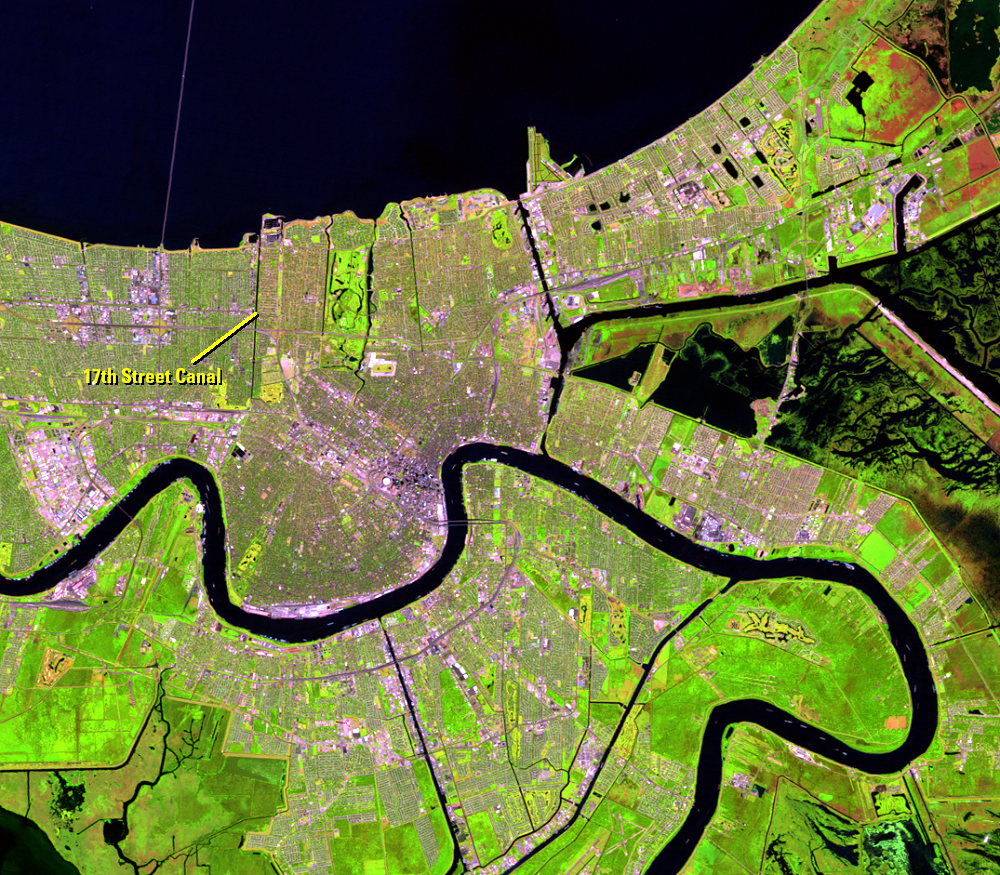 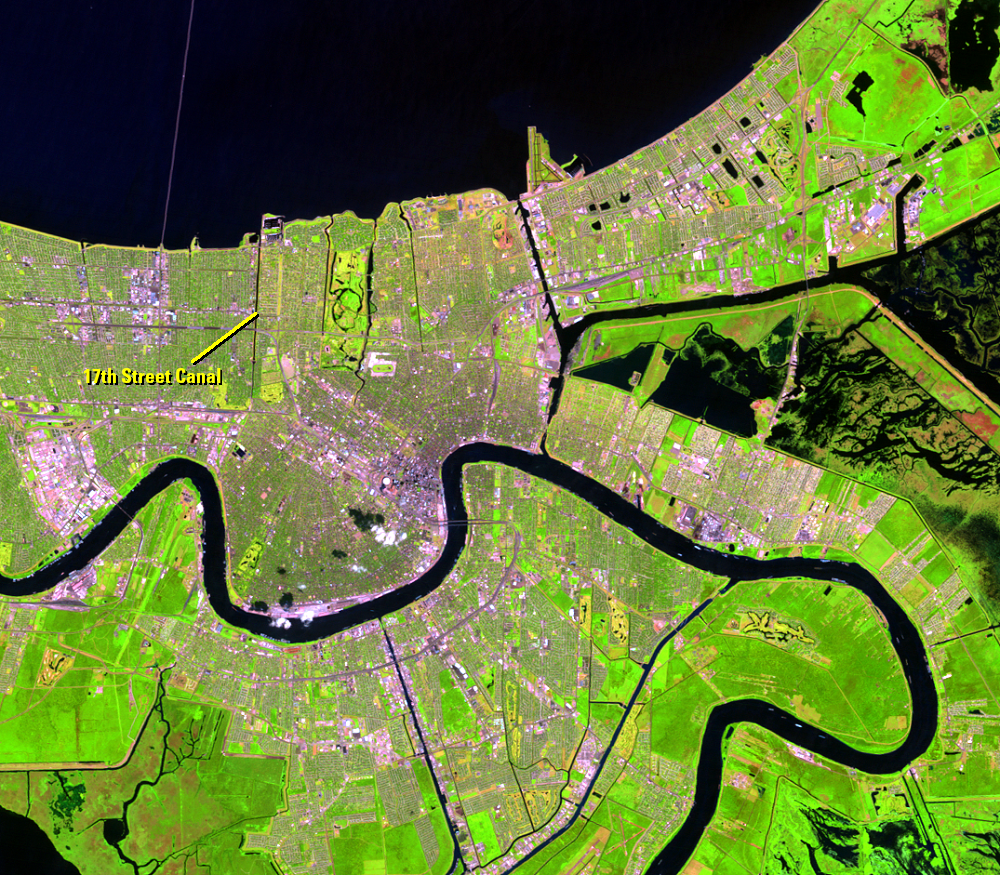 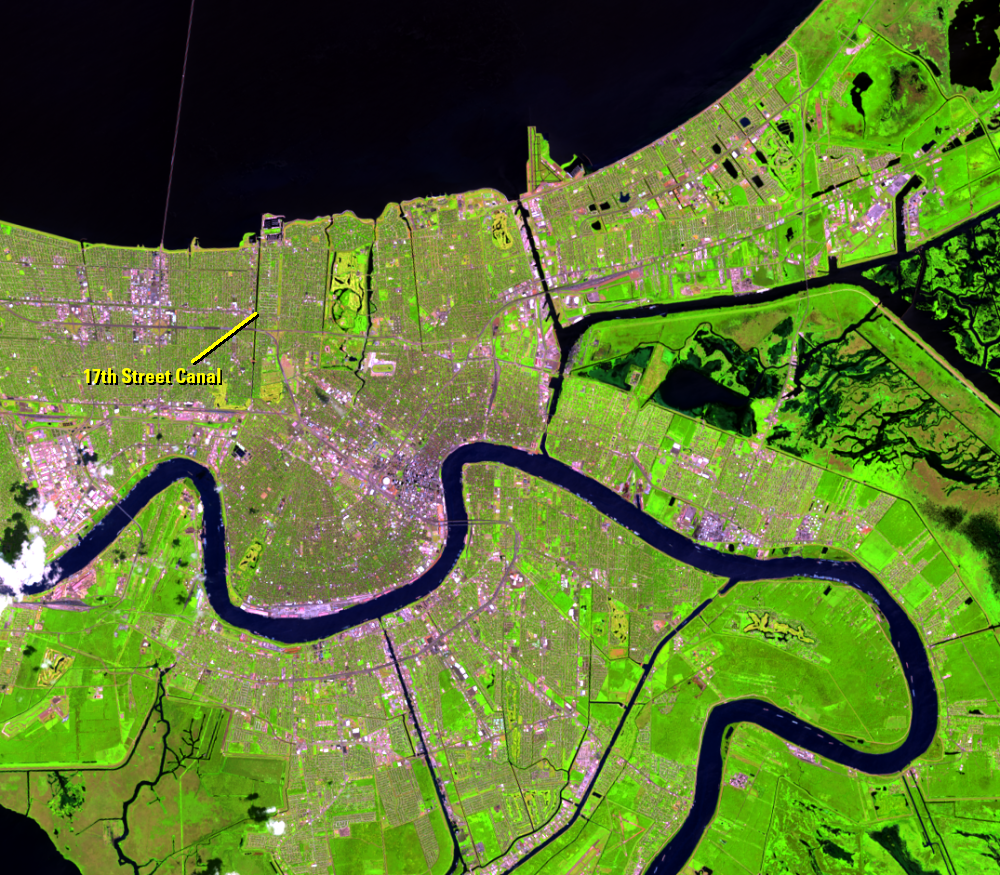 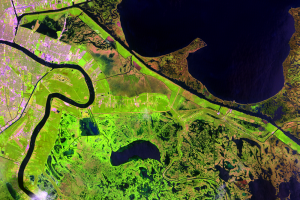 The Mississippi River Gulf Outlet (MRGO) was built in the 1950s and 1960s as a shorter shipping route from New Orleans to the Gulf of Mexico. The 76-m...